Classic Maya: The Mystery of the Great Collapse 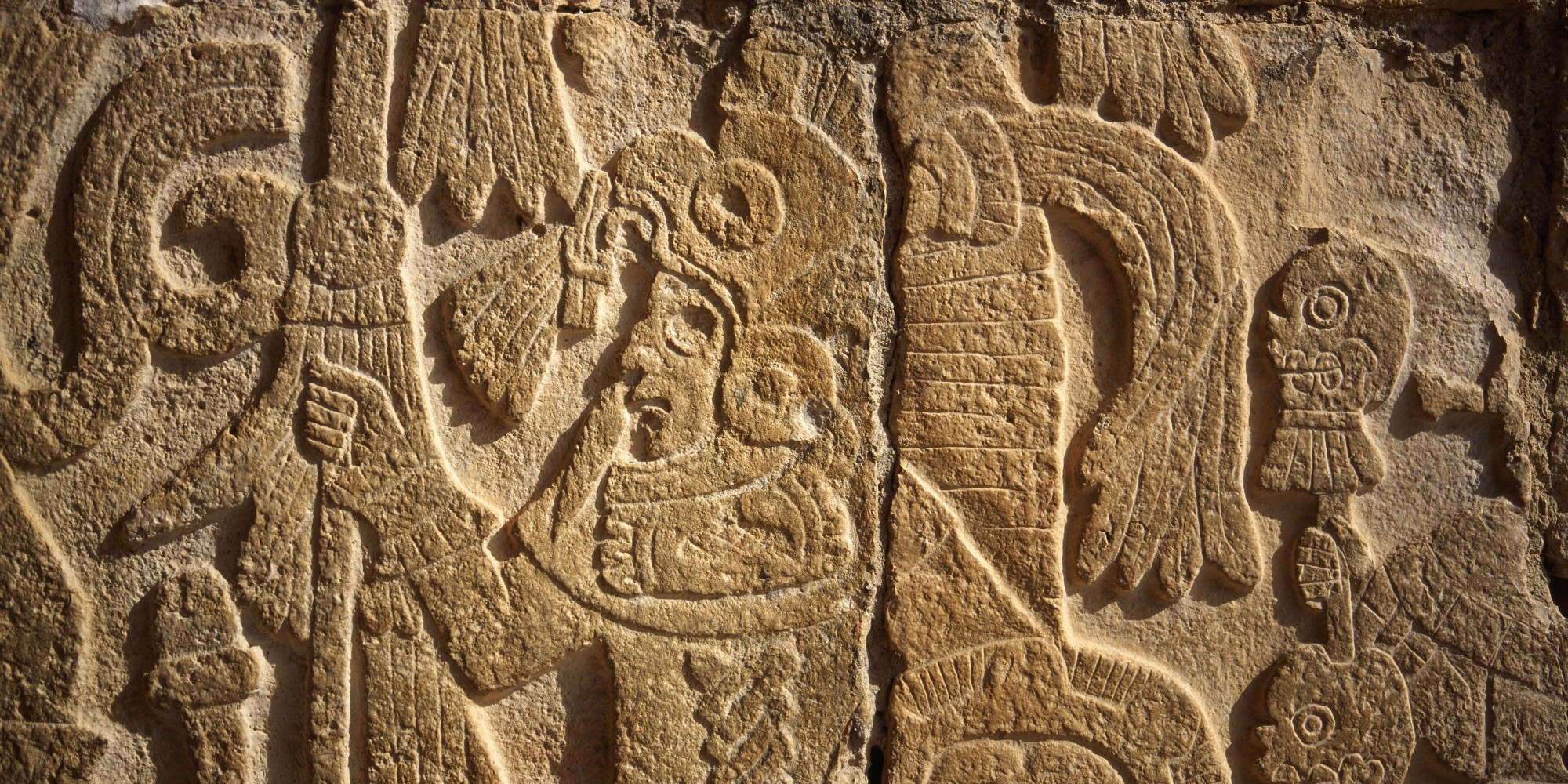 The decline of the Classic Maya civilization is one of the greatest mysteries in human history. As described by archaeologist Arthur Demarest, “probably only the fall of the Roman Empire has been cited as often in social theory on the decline of civilizations.”1 But, what were the reasons why one of the most important Mesoamerican civilizations collapsed? What led the Maya to their fall? Although the reasons for the collapse are still debated, scholars have tried to answer these questions for decades. Most of the theories that scholars have developed as an explanation for the reasons for the decline include environmental degradation due to agriculture; overpopulation; disease; political decline; invasions; a revolution of peasants; and the newest theory adopted by scientists, climate change. All these theories come from the long-time work and study of archaeologists that have been interested in one of the greatest mysterious declines in history. All of their hypotheses present many strong and plausible arguments; yet, some of these theories also manifest certain flaws that have led to further questioning. Again, all of these theories can be said to be plausible. The collapse of the Classic Maya could, in fact, be caused by a combination of several factors that, combined, were greater than the abilities of the Mayan people to overcome.

Maya history is divided into three major periods: Preclassic (2000 B.C.E.-200 C.E.); Classic (200 C.E.-900 C.E.); and Postclassic (900 C.E. to the Spanish conquest). The Maya inhabited the present-day southern Mexican states of Chiapas, Campeche, Tabasco, Yucatán, and Quintana Roo; as well as the countries of Belize, Guatemala, Honduras, and El Salvador.2 Scholars divide the areas where the Maya lived into three regions: “the southern subregion of Guatemala highlands and the Pacific coast; the central subregion of northern Guatemala, its adjacent lowlands, and the Petén region; and the northern subregion of the Yucatán Peninsula.”3 It was during the Classic period that the rise of larger and more advanced city-states occurred.4 It was also during this period that the collapse of the civilization began.

The decline of the Maya manifested gradually. One by one, the activities from various city-states started to decline. Archaeologist J. Eric S. Thompson presented his theory on the collapse of the Maya in 1954. His main argument is that the city-states collapsed due to a revolt of the peasants, who may have removed the original authorities and taken the power themselves.5 Yet, these people did not know how to manage the economy and maintain an empire standing. According to his theory, the revolt of the peasants may have been caused by the “ever growing demands for service and in construction work and in the production of food for an increasing number of nonproducers.”6 Thompson also mentions several theories that have been presented by other scholars. For example, he mentions how it was believed that the Maya people from the Central area had migrated to the northern area of Yucatán and to the highland of Guatemala, helping the development of the Maya culture in these areas; yet, more recent research has shown that in both regions, the Maya flourished throughout the entire Classis period.7 Another theory addressed and rejected by Thompson is that the death rate of girls was higher than that of boys in villages near Lake Petén. The explanation for this is that girls had less economic importance. This eventually may have led to the depopulation of some cities. However, considering the fact that fewer women inhabited these cities, the price for brides would drastically increase and by consequence, parents would take more care of their girls.8 In addition, Thompson rejected the theory that diseases like malaria or yellow fever may have contributed to the decline, since these diseases are known to be introduced by the Spanish conquerors.9

A similar theory to that of Thompson, focusing also on the political issues of the Maya city-states, was introduced by archaeologist Arthur Demarest in 2005. Demarest claims that the decline of the Classic Maya civilization was affected by the collapse of a political system established in the lowlands.10 According to his research, a flexible royal system was established in the lowlands that allowed the succession of the ruler by a son (not automatically the eldest son), a brother, or any other male relative; and in some instances, a queen would take the throne after the ruler’s death. This flexible system was also very unstable; it fostered frequent battles for the throne. In consequence, “the instability of the system was aggravated by the redundant, segmentary nature of the political order.”11 Another factor that could have influenced the political decline of the lowland cities was the ineffective management of the economy. Most Maya states were “decentralized with local community or family-level management of most aspects of economy.”12 The stresses in the economy of these Maya states may have left many of the cities unsteady and internally disintegrated compared to other Mesoamerican civilizations.13

Demarest’s idea that the political weakness of city-states leaving these cities vulnerable to other rising civilizations can be related to the work of archaeologists Michael D. Coe and Stephen Houston. Their work analyzes different theories previously presented by Maya archaeologists such as “endemic internecine warfare, overpopulation (and accompanying environmental collapse), and drought.”14 In their analysis, warfare and invasion may have been earlier problems than any of the other two presented ideas. Archaeologist Akira Taneko may have found strong evidence for the role of war among the Maya city-states and how the war influenced the collapse of the Maya.15 Taneko found 217 projectile points in one of the buildings in the city of Yaxchilan; almost all projectiles “had been used on darts propelled by atlatls—mute testimony to a final battle sealing the city’s death.”16 Regarding the other two theories, overpopulation and environmental collapse, and drought, Coe and Houston analyze the claim that the population of the Maya cities in the lowlands began to increase by the end of the eighth century C.E. The necessity for providing people with food consequently increased the level of agriculture in these areas. Based on their research, “there is mounting evidence for massive deforestation and erosion throughout the Central Area and Copan.”17 Similarly, archaeologists’ work describes a series of droughts that may have influenced the decline of the civilization. Accordingly, there was a severe drought lasting from 820 C.E. to 860 C.E., followed by a couple of brief, yet intense droughts between 860 C.E. and 1000 C.E. and possibly lasting until 1100 C.E. Combining all social, political, and ecological stresses that the Maya were experiencing, these droughts may have brought the end of the Classic civilization.18

The idea of drought has been present for several years. The hypothesis of megadroughts affecting the Maya communities was related to climate change by archaeologist Richardson Gill. He argues that when temperatures in the Northern hemisphere increased, there was “increased rainfall in the Maya lowlands. When cooler conditions prevail, conditions are drier and the onset of the rainy season is delayed.”19 Gill recognizes a series of megadroughts that may have affected the Maya zones, calling them “Preclassic Abandonment (c. A.D. 150-200), Hiatus (A.D. 530-590), the classic collapse of the eighth and ninth centuries, and the Postclassic Abandonment (around A.D. 1450).”20 Gill’s theory is supported by a study by Frank Chambers and Michael Ogle that shows that between 800 C.E. and 1000 C.E. the region experienced “the driest [period] of the middle-late Holocene epoch, and coincided with the collapse of classic Maya civilization.”21 However, archaeologist David Webster’s argument against this theory is that the decline of the Maya was mostly experienced in the humid south instead of the northern areas of the peninsula that were dyer.22

From the evidence presented by these various scholars, one can conclude that the Maya experienced rough times during a period that was once its major point of flourishing. Among all theories presented, the one that may have had the larger impact would be the several droughts. The control of a factor such as climate change was not in the hands of the Maya people. Yet, another theory that may be well sustained is that the ineffectiveness of the political system may have significantly influenced the collapse of the city-states. Without the right people in power to execute the rules for maintaining control, it may have been more difficult to distribute and make good use of the resources available for the Maya.

There is a possibility that we may never know the entire story for the Maya collapse. It is worth mentioning that the research into the end of this civilization only refers to the Classic Maya. Today, there are still several Maya peoples still living in some of the areas they formerly occupied since the beginning of their history: Mexico, Guatemala, Belize, Honduras, and El Salvador. Scholars will continue looking for explanations that bring them closer to an answer that many still seek: what exactly led to the end of one of the greatest Mesoamerican civilizations?