Pleasure vs. Procreation: Egyptian Women Take Control of Their Sexuality

Winner of the Fall 2017 StMU History Media Award for Best Article in the Category of “Gender Studies” Best Overall Research For most of modern memory, the predominant belief was that sex was for procreation, and that pleasure was a sin.1 As a result, members of 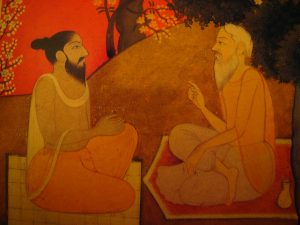 The Upanishads: Foundations for Hinduism

The earliest form of Hindu tradition occurred during the Vedic period in Indian history.1 The Upanishads, works of philosophical thought, were a major contribution to the development of Hinduism, taking place long after the Aryan migrations to the Indus and Ganges River valleys and their subsequent interaction

The Mandate of Heaven

According to historians, the Shang Dynasty in China lasted from 1766 to 1122 B.C.E., and it had a big impact on setting the fundamental characteristics of early Chinese society, which we know today thanks to the written records and material remains that they left after their dynasty

Zoroastrianism and the Cosmic Conflict between Good and Evil

Zoroastrianism was a dualist faith that originated in Persia, and over the years it has influenced a number of other faiths. Even though we may not recognize it today, it has been an influence on a number of world religions, especially on Christianity and Islam. Zoroastrianism is a belief system that 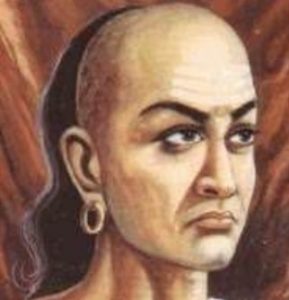 Nearly 300 years before the birth of Christ, Alexander the Great and his war machine had savaged everything east of Greece. After defeating the Persian Empire, the young warlord finally swept into India in 326 BCE. Unlike the previous lands conquered by Alexander, India was 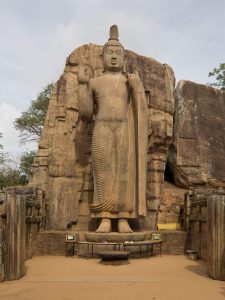 Buddhism is one of the world’s major religions and spiritual practices. Buddhism would not exist if it were not for the heightened consciousness of a man named Siddhartha Guatama (563 BCE-483 BCE).1 According to Buddhist legends about Buddha, after many reincarnations, Siddhartha was born into a rich Indian 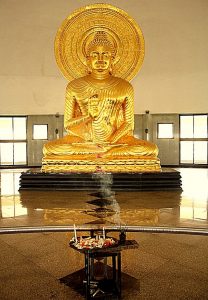 According to Buddhist myth, one summer night Siddhartha Gautama observed his wife and his son sleeping. He thought if he would embrace them, he would never be able to leave. He turned away and left the palace, to seek Enlightenment, to seek, Nirvana. “Siddhartha’s dissatisfaction with his 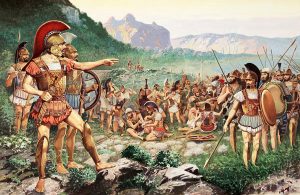 The Battle of Thermopylae: Betrayed, Bloodied, and Besieged

One by one the Greek and Persian forces continued to slaughter each other in combat as they battled for nearly three days. As the Spartan-led Greek forces relentlessly continued to combat the Persians, King Leonidas fell with sword in hand, finally receiving the glory he 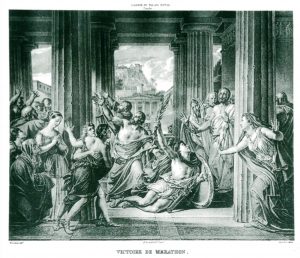 Pheidippides and The Origins of The Marathon

Pheidippides, a Greek runner, received orders to travel from the plain of Marathon to the city-state of Sparta in 490 BCE to seek help from the Spartans in an upcoming battle against the Persian Army. As he sprinted the 150 miles, 11,000 Greek infantry men 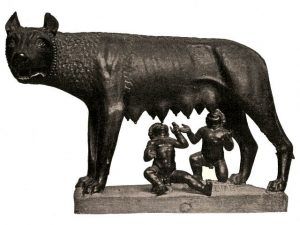 Romulus and Remus: The Story of Two Brothers

A famous Roman myth celebrates the founding of the city of Rome. It is the story of the twin brothers Romulus and Remus. This story inspired the Romans and was seen by them as a strong symbol of their origins. The images of Romulus and 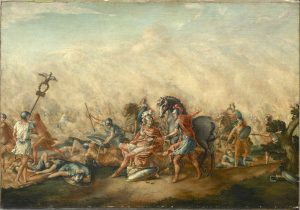 The Battle of Cannae: The Day Rome Stumbled

It is the year 241 BCE in Carthage and the six-year-old Hannibal Barca has just been told the unthinkable, that Carthage has surrendered to the Roman Republic. Before the First Punic War, Carthage was the greatest superpower in the Mediterranean; it controlled most of the 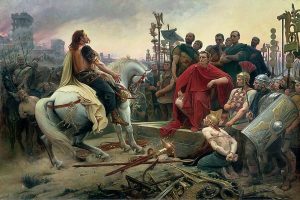 In 58 BCE, Roman proconsul Julius Caesar, a member of the first Triumvirate and an important political figure in the Roman Government, was forced to flee the very city he helped rule. As debts from his political aspirations and a general souring of relations among 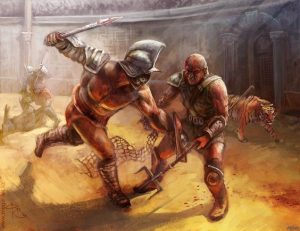 Gladitorial School: Here is your Diploma and Knife

One of the most famous and well known of the ancient Roman games, second only to the chariot races in terms of popularity, were the fights of the Gladiatorial Arena, a combination of blood, steal, and strange looking armor. The tradition of the gladiator fights 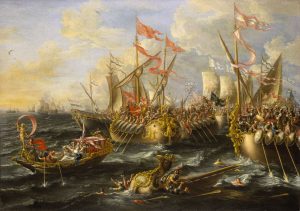 Prelude to the Roman Empire: The Battle of Actium

The years 34-31 B.C.E. was a difficult time for the Roman Republic. The Republic had been divided in two, with general Marc Antony ruling in the East and Octavian in the West. However, in the years leading up to 31 B.C.E., Marc Antony had spent 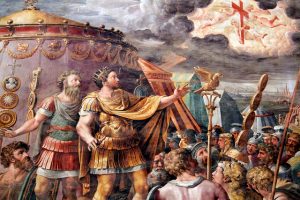 There are many different opinions surrounding the conversion of Constantine the Great, the Roman emperor known for reuniting the divided Rome after taking power as the sole emperor of the Roman empire.1 His conversion is said to have taken place sometime after his victory at 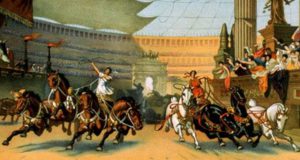 The Nika Riots: A Day at the Races Turned Deadly

The year was 532 C.E., the palace has been besieged by a people angered by a harsh increase in taxes. The mob was led by senators who saw the event as an opportunity to overthrow a leader who did not support them. Emperor Justinian I 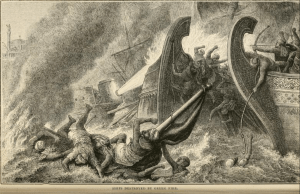 Greek Fire: A Byzantine Weapon Lost to the Ages

September 1, 718. With the clear motivation to defend Constantinople, Byzantine ships filled with anxious soldiers were surrounding the mainland. On the horizon, Arab Muslim forces, bringing with them a fleet of large and robust wooden ships, started to form a blockade. Slowly but surely, 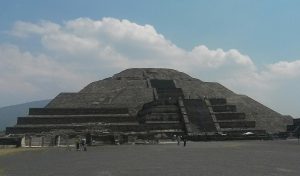 The Legend Behind Teotihuacán

At the heart of the mighty Aztec empire laid the capital Tenochtitlan, the Venice of the new world. No other civilization at the time could hope to compare to the city’s impressive pyramids, glamorous temples, and advanced aqueducts. At one point in history, Tenochtitlan was 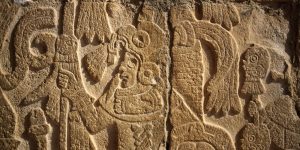 Classic Maya: The Mystery of the Great Collapse

The decline of the Classic Maya civilization is one of the greatest mysteries in human history. As described by archaeologist Arthur Demarest, “probably only the fall of the Roman Empire has been cited as often in social theory on the decline of civilizations.”1 But, what 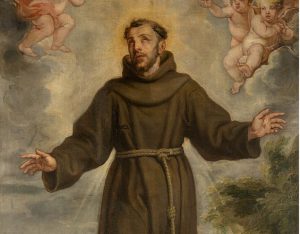 From a Life of Luxury to a Life of Holy Poverty: St. Francis, Before the Franciscan Order

Winner of the Spring 2019 StMU History Media Award for Best Article in the Category of “People” Francis was faced with a very large obstacle: while he was trying his hardest to pursue what he found to be his vocation, the hate that welled up

The Fall of the Knights Templar

The Knights Templar were a militaristic order of monks founded at the time of the First Crusade to protect the Christian people of Europe making the journey to the Holy Land. A papal bull issued by Pope Innocent II in 1139 gave the Knights Templar 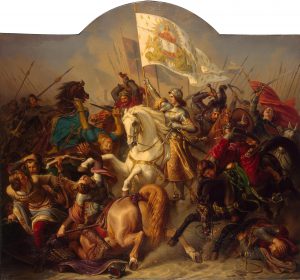 Not one person in this age of ours can contest that Joan of Arc is a legendary figure. She cuts a place in history not seen before her time or since. Just her name brings up connotations of victory, piety, and patriotism the likes rarely