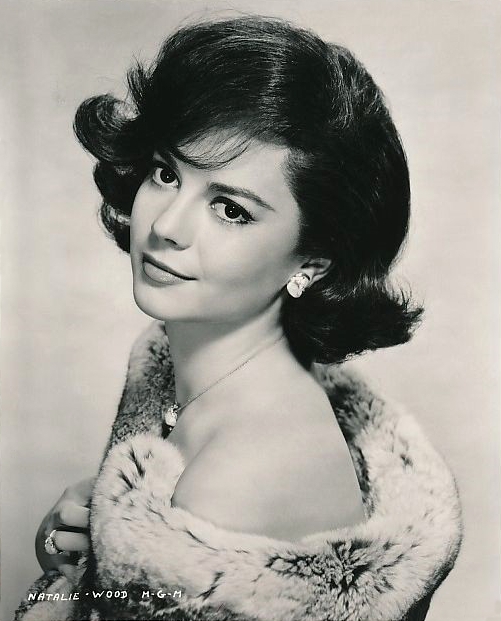 When people hear the name Natalie Wood they think of the young actress who starred in Gypsy, Splendor in the Grass, and West Side Story.1 What they don’t think about is her very mysterious death. She died at the young age of 43 in November of 1981. She drowned while away for the weekend on a boat trip to Santa Catalina Island with her husband Robert Wagner, their co-star Christopher Walken, and the boat’s captain Dennis Davern. There were many facts that could have played a part in her death, but despite many suspicions and questions regarding her death, her case was closed after only ten days when coroner Thomas T. Noguchi ruled her death an accident.2

Natalie Wood had been in the spotlight since she was about five years old. She was born Natasha Gurdin, but her name was changed to flow better in the Hollywood industry.3 Her stardom grew from there. She became very successful and was nominated and received many awards in her career. She was also a mother of two children, one from her husband Robert Wagner. She was loved by many and talked about all the time. She was known to be a nice caring person who never let the fame get to her head.4  Due to the extent of her fame it was a shock to everyone when she came up dead so unexpectedly.5

When her death first went public, the media spun the incident in various ways giving the public the impression that her death was a suicide or an accident.6 The night before when Robert Wagner noticed his wife was missing he wasn’t concerned, and he waited 15 minutes until he finally decided to go look for her on the boat. When he couldn’t find her, he alerted the authorities. It is questioned why he waited so long to alert the authorities of his wife’s disappearance.7 When they found her body at 8:00 am November 29th, she was clothed only in a nightgown and socks, and it was about a mile away from the boat, and a small dingy was found by a nearby beach. It was first thought she attempted to get on the dingy and things didn’t go as planned.8

Upon investigation by the coroner Thomas T. Noguchi, he found she had a blood alcohol level of 0.14%, which is higher than the legal level to drive while intoxicated in California. He also found traces of two different medications — a painkiller and a motion sickness medication. These could have been affected by the amount of alcohol in her system.9 After only investigating for ten days he ruled her death accidental.10 He claimed that she must have been intoxicated and slipped off the dingy hitting her head and causing her to fall, dying of hypothermia and drowning.11

Natalie Wood’s case was reopened in November of 2011 because the captain of the boat of the boat on the night of her death came forward and admitted that he lied while being questioned during the initial investigation.12 He was specifically told to stay quiet by Robert Wagner’s family about anything that he knew involving her death.13 He admitted that Natalie and her husband Robert had a very big argument before she went missing that night. Robert had reportedly been very jealous because he believed his wife Natalie was flirting with their co-worker Christopher Walken who was also on the boat that night. This provided evidence that could have made him as a person of interest in the case.14 Despite denying any involvement in his late wife’s death, Robert Wagner was named a person of interest on February 1, 2018.15

Upon more investigation after her case had been reopened, the Los Angeles chief coroner Lakshmanan Sathyavagiswaran amended her death certificate and declared her cause of death suspicious or “drowning and other undetermined factors”.  In the newly amended document he stated that how she ended up in the water that night was “not clearly established.” This new conclusion was due to the new evidence that had emerged such as suspicious bruises on Natalie’s body and marks across her cheek.16

These unknown marks on Natalie’s body are thought to have been from the argument she had earlier that night with her husband Robert Wagner. This was never a proven theory, but many people believed this and that he had more involvement in her death that was claimed by him.17

The evidence piled up against Robert Wagner, and these findings brought more questions. Things being questioned were why would Natalie leave the boat so late at night on a remote part of the island? Why was she not wearing shoes on the wet deck of the boat? Why was she only dressed in a nightgown? What kind of husband would not be terrified if his wife went missing from a boat in the middle of the night, especially knowing she was afraid of the water and could not swim well? He even proposed his own theory as to what he thought could have happened to his late wife. He suggested that she was dressed that way because the dingy was banging up against the boat and woke her up. She decided to go out and try to secure it on her own, he said, but fatally slipped, falling in and hitting her head before drowning. These questions and comments only brought more attention to Robert being a person of interest in this case.18

As the coroner re-evaluated Natalie’s body, he found several factors that contributed to their final conclusion. Since there were many questions about the coroner’s findings, it is likely this was why they had a different corner inspect her body the second time. Coroners look at are the specific markings on the victim’s body and piece together if it correlates with what they think happened when the victim died. Everything always leaves a trace as to what happened.19 The coroner considered all of these things, and then concluded her death was suspicious. He had a great amount of evidence from examining her body that led to this conclusion, and the marks and bruises did not correlate with her accidentally falling off the boat or the dingy.20

Another theory that remains is that her death truly was an accident. Forensic pathologist Michael Hunter also played a part in examining her body. He found that some of the bruises on her body could have been caused because of traces of the drug synthroid, which would have made her more susceptible to bruising. This was never fully proven, but it is another theory that people have chosen to believe.21

Natalie’s body currently rests at West Wood Memorial Park, and as of 2018, nobody has been charged with her death. It remains unknown how she ended up in the water that night, or what caused the unknown marking on her body, though her case still remains open and is being investigated.22 The question still being asked is whether Robert Wagner had more involvement in her death than what he claims? Or was Natalie Woods death truly a horrible accident that happened that night on the boat? It may always remain a great mystery as to what happened to late Hollywood star Natalie Wood.