Pleasure vs. Procreation: Egyptian Women Take Control of Their Sexuality 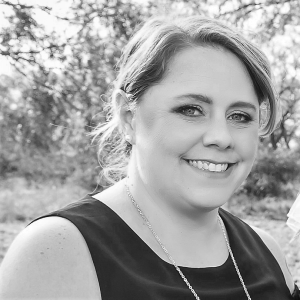 For most of modern memory, the predominant belief was that sex was for procreation, and that pleasure was a sin.1 As a result, members of modern society tend to assume that contraception is a fairly recent practice. Yet, contrary to popular belief, many ancient societies believed in sex for pleasure. For instance, some of the earliest medical writings show contraception played a role in Egyptian society.2 Some question the efficacy of the contraceptive techniques as another method of suggesting that sex for pleasure was not historically possible. But there is little doubt that the reason for the Egyptians’ seeking effective contraception was to permit sex without the concern of procreation, hence sex solely for pleasure. Indeed, sources like the Kahun Papyrus show us that our ancient and pre-modern ancestors knew a good deal about reproduction and effective contraception—proving that Egyptian women had more control over their sexuality in ancient times than many woman have enjoyed since the rise of modern religions.3

The main source of historical evidence that contributes to this debate between contraception and infant mortality, and between magic and medicine, is the Kahun Gynecological Papyrus.4 The Kahun Papyrus was discovered by Petrie Flinders in 1889 in a small village called El-Lahun, one-hundred kilometers south-west of Cairo. It dates to 1850 B.C.E., and is the earliest record of ancient Egyptian medical practices. The papyrus is entirely gynecological in nature and is written in hieratic script, not hieroglyphs. It did not become legible until 1806 after the discovery of the Rosetta stone.5  It is divided into thirty-four sections, each dealing with a specific problem relating to gynecological disease, fertility, contraception, and pregnancy. Three of these fragments are prescriptions that relate specifically to preventing conception, all of which involve vaginal suppositories.6 When Flinders found the papyrus, it was badly damaged with small fragments of text missing.7 These missing fragments keep the debate alive as to how exactly some of these remedies were used.

However, despite the long-held belief among scholars that the relative stability of ancient populations was linked to a high infant mortality rate, there is significant evidence that shows that that was not the case.8 The Kahun Papyrus shows us that Egyptian medical practices were based in fact and knowledge, with only a sprinkling of the supernatural. In his book, Contraception and Abortion from the Ancient World to Renaissance, John Riddle, a leading expert of ancient pharmacology, makes the argument that population stability was not linked to high infant mortality rates. Instead, Riddle asserts that population control was due to the use of herbal contraceptives by women.9 The ancient world held much more knowledge of contraceptives than previously thought.10

The main treatments detailed in the papyrus were founded in Egyptians’ knowledge and observations of herbs, plants, minerals, and the effects these items in nature had on animals. The Egyptians noticed that when animals ate certain plants they failed to reproduce. They carried this observation over into their reproductive techniques. Ingredients listed in the contraceptive techniques include acacia gum, sour milk, crocodile dung, fiber, and honey.11 These ingredients were mixed into a pessary and inserted into the vagina by a swnw, or person who was skilled in the art of healing. The pessary would work to block the sperm from reaching a woman’s fallopian tubes and finding an egg to fertilize. When the method using sour milk was tested, the results showed that the enhancement of the acidic environment of the vagina with the introduction of sour milk establishes an effective spermicide, thus proving that the Egyptians did use medicinal techniques that were based on fact, not simply on fiction.12

The existence of contraceptive treatments reflected within the Kahun Papyrus combined with their demonstrated effectiveness leads to the extrapolation that population control was both a desired and achievable outcome for ancient Egyptians. If John Riddle’s theory that the Egyptians actively prevented pregnancy is correct—and the evidence suggests that it is—then we can conclude that sex was not only for reproduction, but for enjoyment.13 In her book Sexual Deviance and Society, Meredith G. F Worthen asserts that sexual imagery from more than 5,000 years ago has been credited to ancient Egyptian cultures. Although we may see these depictions as pornography, to ancient Egyptians they were just a part of sexual life.14 This could lead to the belief that ancient Egyptians were not exactly modest when it came to sexuality and sexual pleasure. To freely express their sexuality, effective contraceptives were a necessity.

Overall, the evidence directs us to the fact that Egyptians held knowledge about contraceptives and used them to prevent pregnancy. So why is the modern belief that contraceptives are a new invention, rather than several millennia old? The answer lies in the rise of Christianity. Before Christianity found its foothold as a highly influential religion, early humans often equated sexual and religious experiences. Christian hostility to sexuality built steadily in the early centuries of the religion. This hostility produced a new attitude of denunciation of women’s sexuality. Early Christians promoted the narrative that Jesus was not born from normal sexual activity, but from a virgin through immaculate conception. Once the religion gained traction, sexual misbehavior was not only seen as a danger to proper human values, but as an offense to God himself. The prevailing belief was that sex was only allowed in marriage and for reproduction. Christian missionaries eventually held enough influence over governments that they pushed them to add new secular penalties to violations of sexual regulations. Secular laws began to target the use of contraception or any other act preventing birth, in some cases the penalty for these acts was death. Over time, Christianity succeeded in chiseling away at “open” sexuality.15 Though modern society has begun to shed this belief, we still see vestiges of it linger in the way sexuality among woman is described. Women who enjoy sex face negative rebukes across the world. These hostile ideologies explain some scholars’ reluctance to accept the fact that ancient Egyptian women enjoyed sex and actively and effectively engaged in it without the outcome of pregnancy.

“Man has always had a desire to heal and control fertility.”16 This truth does not apply only in modern times as many think; the Kahun Papyrus shows that this desire goes all the way back to at least 1825 B.C.E. Yes, the Egyptians’ medical practices were influenced by religion, but we cannot discount their effective techniques simply because they imbibed those practices with the supernatural. Joshua Mark says that “most people would balk at the idea of visiting a doctor and having incantations muttered over them.”17 Yet, we have long had, and still have, very similar rituals in modern Christian society. Doctors will sometimes use their medical knowledge to treat patients, while also praying for or with them. The Kahun Papyrus can be evaluated the same way. We, as a society are reluctant to accept the fact that women are sexual beings, but the historical evidence proves that women have sought control over their sexual experiences since ancient times. That desire is not new to modern society. Steeped in religion though it may be, the papyrus proves our ancient ancestors developed effective techniques for contraception so they would be free to pursue their sexual desires without the fear of procreation.