Selena Gomez: Her Life Behind the Scenes 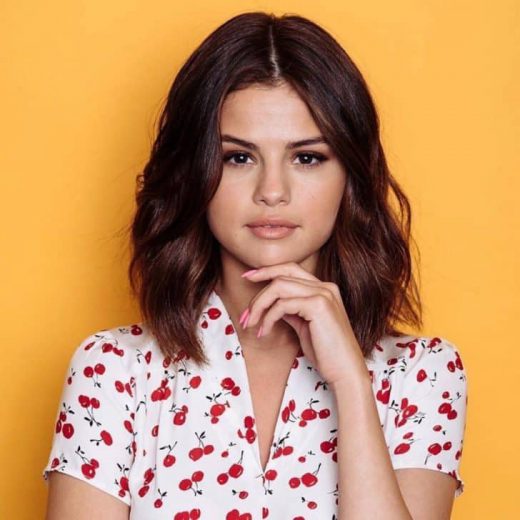 On January 22, 1992, a worldwide phenomenon was born in the small town of Grand Prairie, Texas. Selena Marie Gomez is an American singer, songwriter, actress, and television producer. In 2001, her acting career started with her debut on seasons seven and eight on Barney & Friends as Giana. However, in 2007, she received wider recognition when she played Alex Russo on the Disney Channel series Wizards of Waverly Place, that aired until 2012. In 2009, she started her singing career with her band, Selena Gomez & the Scene. Despite their success, the group later split in 2012 when Selena started focusing on her solo career. Her solo career was an even bigger success, and it continues to climb today. Throughout her career, she has been a part of UNICEF (United Nations International Children’s Emergency Fund), had a clothing line, produced a hit Netflix original, Thirteen Reasons Why, acted in movies and has had a solo career.

During an interview, Gomez told Maxine Shen of the New York Post, “I don’t really like to rest too much…. I do constantly like to work. I believe that it keeps me going and makes me happy.”1 However, her career was put on hold in the year 2016, when she shared that she had been diagnosed with Lupus.2 While she had first been diagnosed in 2013, she wanted to keep it a secret from the public. During an interview, she was asked what made her come out and share her having the disease, she responded, “I waited for the right time to talk about it because I am in a great place, and I’m very healthy. I’m not trying to be loud about it: It was time to use my platform to help.”3

“Lupus, an autoimmune disease, is caused by vascular inflammation (vasculitis) that results in significant damage to a number of different body systems and organs, including the joints, skin, kidneys, heart, lungs, and brain.”4 Selena was diagnosed with the form of the disease most commonly meant by lupus, Systemic Lupus Erythematosus (SLE). SLE is most common in people between the ages of fifteen and forty-five. The causes of lupus, a complex disease, are not understood. It is difficult to diagnose because its symptoms are easy to confuse with those of many other disorders. Also, there is no distinct symptom profile that applies to every patient with lupus. However, what is known is that lupus is a chronic inflammatory disease in which the body’s immune system turns against its own tissues, producing autoantibodies, which are “protein molecules that target the person’s own cells, tissues, or organs, causing inflammation and tissue damage.”5 In lupus, the autoantibodies damage the blood vessels in such vital organs as the kidneys.6

After traveling the world over the last few months for her 2016 Revival Tour, Selena Gomez announced that she’d be taking a break to take care of herself. The Revival Tour lasted from May 6, 2016 to August 13, 2016. During an interview with People Magazine, Selena stated, “I want to be proactive and focus on maintaining my health and happiness and have decided that the best way forward is to take some time off. Thank you to all my fans for your support. You know how special you are to me, but I need to face this head on to ensure I am doing everything possible to be my best. I know I am not alone by sharing this, I hope others will be encouraged to address their own issues.”7 In 2013, Selena had started her treatment with chemotherapy. In 2014 and 2016, she went to rehabilitation centers to try to improve her condition. However, nothing was working, Selena was getting worse. She was weeks away from starting dialysis before she had found a kidney donor. She was told that she’d have to wait between seven and ten years for a new kidney. Upon hearing the news, many of her family members got tested, but none were a match. It was not until her friend and roommate, Francia Raisa, got tested that she found a positive match. Without hesitation, Francia offered to give Selena her kidney.

SLE can occur in both males and females of all ages, but 90% of patients are women. The majority of these women are in their childbearing years. One of the symptoms that SLE contains is edema. Edema is where extra fluid that your kidneys cannot remove that causes swelling in body parts like your legs, ankles, or around your eyes. Recommendations for improving general health to avoid flares include decreasing sun exposure, getting enough sleep, eating a healthy diet, decreasing stress, and exercising regularly. However, if none of these work, your kidneys will eventually fail and you’ll need to either get a transplant or try dialysis until you can get a new kidney. It is unusual for lupus to come back in the new kidney. Lupus patients with new kidneys do as well as any other patients with transplanted kidneys. Once the new kidney is transplanted, most people will be rid of Lupus.8

During the summer of 2017, Selena and Francia underwent a successful surgery that saved Selena’s life.9 “There aren’t words to describe how I can possibly thank my beautiful friend. She gave me the ultimate gift and sacrifice by donating her kidney to me,” said Gomez.10 On Instagram, Selena posted a picture of the scar left by the surgery. Following the surgery, Selena’s body would experience changes, including this visible one. During an interview for Billboard Magazine, Selena was asked “Do you feel comfortable with your scar?” She answered, “I do. I didn’t, but I do now. It was really hard in the beginning. I remember looking at myself in the mirror completely naked and thinking about all the things that I used to [complain] about and just asking, “Why?” When I look at my body now, I just see life. There are a million things I can do — lasers and creams and all that stuff — but I’m OK with it. I feel like I’m wonderfully made.”11

Months after the transplant, Selena is recovering well and feeling healthier than she has in a while, a close friend of hers shared with the media, “She’s really bounced back more quickly than everyone expected.”12 Selena stated that as soon as she got the new kidney, her arthritis went away. The doctors had also told her that the chances of her Lupus returning would be between three and five percent. “My blood pressure is better. My energy and my life has been better,”  Selena explained.13

Since she came out with having Lupus, she is using her platform to bring awareness to the disease.  “I just really hope we can help somebody,” said Selena.14 By fighting this fight in the public life she advocates and relates to those going through the same thing. Selena said while tearing up, “I don’t think what we went through was easy. I don’t think it was fun. And I just hope this inspires people to know there are really good people in the world.”15

Although Selena Gomez, had to take a break from fame, her fans had never left her side. She has announced that she is releasing her new album, SG2, in January 2020. While she was on The Tonight Show, she told Jimmy Fallon, “It took me four years now to even feel at a good place with this album, and it’s just because I had such huge moments that happened in my life personally that ‘how was I going to capture that?’ and ‘how was I actually going to feel good about what I was saying?’ So I just kept going, and I’m relieved.”16 The last time she released an album was Revival in October of 2015. Her hit song, “Lose You to Love Me,” released October 23, 2019, has had over 39 million streams.17 Selena did not let her diagnosis with Lupus stop her. She knew the steps that she had to take in order to be 100% again. She has now come back into the spotlight better than ever and  is ready to defeat any obstacle that comes her way.