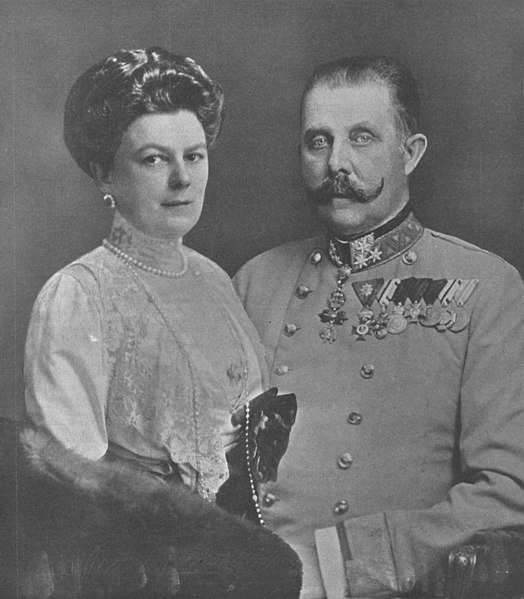 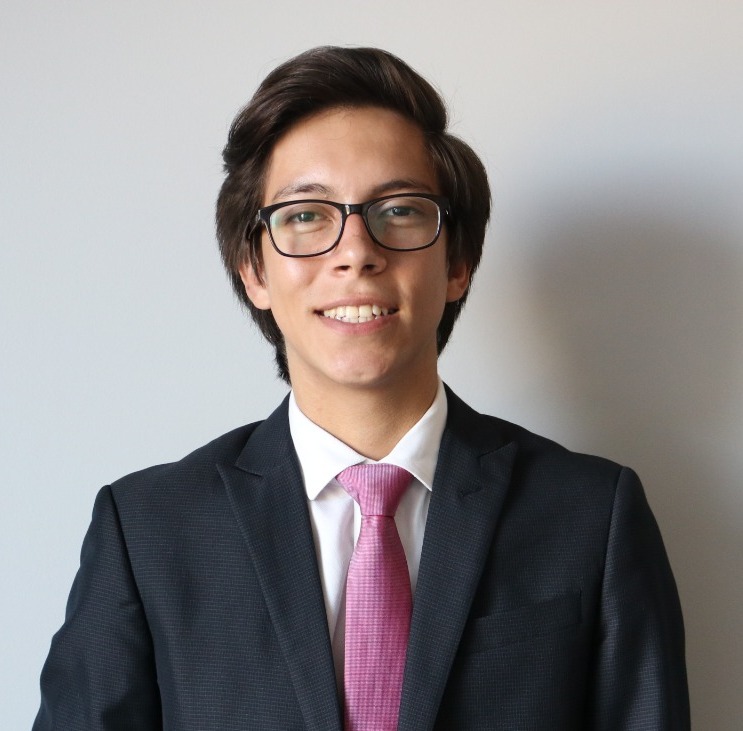 Perhaps people are more familiar with Franz Ferdinand due to his assassination, which sparked World War I, yet, his life was full of controversial events.1 But actually, his marriage was an eventful occurrence that ignited controversy around the world, especially within the Austro-Hungarian royal family itself. The controversies surrounding Franz Ferdinand’s marriage raises a number of questions. Is it moral to disobey one’s parents’ wishes to marry someone? Who has the most prominent part of the decision when it comes to marriage? Can one marry whomever one desires? These questions were in Franz Ferdinand’s mind when he sought to marry Sophie Chotek—the woman he loved. Could he marry her, or would he have to submit to his family’s claims that she was not worthy of him?2 Even with the world against them, Franz Ferdinand completed his love story with Sophie Chotek through ambition, defiance, and love, which not only joined them, but also posed a menacing threat for them.

Born in 1863 at the Herberstein Palace in Graz, Archduke Franz Ferdinand was introduced into a world of nobility and luxury, as he was part of the royal family ruling the Austro-Hungarian Empire. Sophie, Duchess of Hohenberg, was born in 1868, into a family of aristocrats, who were quite distant from the social status held by the Archduke.3 The Archduke and Sophie married in 1900; people, especially the Archduke’s family, perceived Franz Ferdinand’s and Sophie Chotek’s marriage as one that mixed gold and lead. Even though the bride’s family was securely aristocratic, that did not compare to the titles that the groom and his family held. Consequently, one of the most famous morganatic marriages in history took place, that is, a marriage between two persons of uneven social status. In the case of Francis and Sophie, the offspring of the marriage, and Sophie herself, would be deprived of the rights and properties that would accrue to members of the royal family.4 Being an Archduke, Franz Ferdinand belonged to the royal family, holding all of the royal rights and privileges of that royal status; Sophie, the Duchess of Hohenberg, was merely blue blooded–aristocratic, with aristocratic rights and privileges–but not royal ones. And clearly to the royal family, Franz Ferdinand and Sophie Chotek were of unequal rankings. Therefore, according to the law, neither their children, nor Sophie, would ever be able to aspire to have a royal position in the Austro-Hungarian Empire.

This was just one of the consequences that Franz Ferdinand and his future family would have to endure, due to his morganatic marriage. But theirs was not the only case like this in this period of time. Other cases of famous morganatic marriages with major social impacts were: King Leopold and Caroline Lacroix, where the unconventional King of Belgium married a French singer he saw on the Parisian streets; the Archduke Charles and Elsa Czuber, another “disgraceful” marriage among the Habsburgs between a defiant Archduke (antagonized by Emperor Franz Joseph–similar to Franz Ferdinand’s case) and a mundane, second-rate actress; and the Grand Duke Paul and Olga Karnovitch, where the Russian Duke of the House of Romanoff was left a widower, so he wooed a married woman to be with him, until she divorced and married the Duke. Nonetheless, Archduke Franz Ferdinand and Sophie, Duchess of Hohenberg, carried out one of the most preeminent morganatic marriages, given the upheaval caused by Franz Ferdinand’s ambitious quest to marry Sophie.5

It is important to note that before Archduke Franz Ferdinand began his love odyssey, a series of convenient events took place. Indeed, Franz Ferdinand was son of Archduke Karl Ludwig, and nephew of Emperor Franz Joseph I; the probability of him becoming the next Emperor of Austria had been unlikely; but a plethora of improbable vicissitudes had happened that made the improbable a possibility. First, in 1889, the heir apparent (next in line for the throne), Crown Prince Rudolf, committed suicide for unknown reasons by pulling the trigger towards his mistress, and then proceeding to shoot himself. This unexpected, tragic, and unorthodox event left Franz Ferdinand’s father, Archduke Karl Ludwig as the heir apparent to the Austro-Hungarian throne. Finally, with Franz Ferdinand being heir presumptive (a potential heir to the throne), it literally took only a few days for Archduke Karl Ludwig to renounce his position, leaving Franz Ferdinand as the heir apparent under Emperor Franz Joseph I. As it would be, Franz Ferdinand, in a matter of days, ascended the royal ladder and became even more powerful than he was before, unknowingly setting a more difficult obstacle for his future marriage with his non-royal spouse.6

It was in Vienna, in the year 1894, that these two lovers met for the first time, at a masquerade ball at the Larish Palace; incidentally, this was on the day Franz Ferdinand was bound to ask Archduchess Gabrielle to marry him, the woman with whom their superiors had arranged for him to marry.7 However, the Archduchess was vexed by all the royal expectations of her future, regarding marriage and behavior, for example, and she wished to lead a normal life without following standards imposed on her. So, coincidentally, just as the Archduke was about to ask for her hand, Countess Sophie Chotek, waiting in line behind Archduchess Isabella, stepped into the room; Gabrielle’s salvation had arrived. In attempt to escape the royal marriage, Gabrielle introduced Sophie to the Archduke, and they instantly fell in love. Subsequently, Franz Ferdinand and Sophie met again, and this time, the Archduke asked Sophie to marry him, to which she replied saying that she was worried, since she was cognizant that she was not as royal as her imminent spouse. When Archduchess Isabella learned about this, she became infuriated and tried to expel Sophie from the emperor’s castle. Regardless, Franz Ferdinand obstinately rebelled against the family’s opinion and insisted in marrying Sophie, even if that meant taking a stand against his uncle, Emperor Franz Joseph I. At first, Franz Joseph I was in utter denial at the idea of the marriage, and he disliked Sophie for this, but in the end, he reluctantly allowed the marriage to take place, with the condition of it being morganatic—in its full connotation. Evidently, Franz Ferdinand fell in love with a woman disapproved by his family, and out of the many antagonists he gained by this, his uncle was the one with the most discontent towards the Archduke.8

Many years passed, and Sophie continued to be rejected by the royal family. In fact, Emperor Franz Joseph I abhorred the idea of his nephew’s marriage with a woman that, to his eyes, “shamed the dignity of the House of Habsburg.”9 In his defense, Franz Ferdinand countered the idea of marrying royalty with fellow royals by saying, “So it comes about that with us man and wife are always related to each other twenty times over. The result is that half of the children are idiots!”10 Hesitantly, the Emperor allowed the marriage. Soon after, on July 1, 1900, Archduke Franz Ferdinand and Sophie, Duchess of Hohenberg, rightfully married at Reichstadt. However, the Emperor decided to shame the heir presumptive’s marriage by not attending the wedding, and he treated his nephew’s family as nonexistent in the near future. Other members of the Habsburg family continued their reprimands against Sophie, angering the Archduke. For example, women of the court constantly said: “Don’t let her think she’s one of us!” And Sophie (even though she was as educated, beautiful and courteous) was often forced to walk on the left side of her husband to remind people of her unequal status. Regularly, Franz Ferdinand would confront people who insulted Sophie, regardless of their rankings, yet, nothing could make the romance between the now married couple recede.11

In 1913, after thirteen years of a happy marriage that produced one daughter and three sons, critics against Sophie continued to prevail, and Franz Ferdinand always decided to ignore such insults; he ignored all norms regarding Sophie and he always tried to sneak Sophie into reunions, high class parties, and balls that she was mostly left out of. Hence, one day, Franz Ferdinand was invited to meet with one of Franz Joseph’s confidants, and when this officer of high ranking learned that Franz Ferdinand intended to bring Sophie with him, he informed Franz Joseph, who had appointed Franz Ferdinand as inspector general of the armies. In an ill-fated invitation, Franz Ferdinand was sent to inspect army maneuvers at Sarajevo.12 This was set to happen in June of 1914, and Sophie was scared of this trip to the Bosnian capital, because Franz Ferdinand, as he began to prepare for his role as Emperor of the Austro-Hungarian Empire, had sympathized with the Slavs, gaining enemies from both the Pan-Serbian and Pan-German groups, including the hatred of Kaiser Wilhelm II of Germany.13

When the day came to leave Franz Ferdinand’s and Sophie’s magnificent home in Vienna, Franz Ferdinand was accompanied by his wife, since she feared her husband’s destiny once he set foot on a land where he was not popular among the people. They departed for Sarajevo, and on June 28, 1914, they started conducting the inspection tour. Unfortunately, while riding their car in the streets of Sarajevo, a nineteen-year-old Serbian nationalist, Gavrilo Princip, shot and killed both Franz Ferdinand and Sophie. This infamous event in history then triggered a series of events that escalated a month later into one of the most horrible wars in history, World War I.14

My name is Enrique Segovia, and I am an Accounting major with a minor in Computer Science at St. Mary’s University in San Antonio, Texas. I was born and raised in El Salvador, and as an international student, I am developing my academic/professional career with help from my passion for learning and succeeding. I enjoy playing soccer, reading, playing the guitar, spending time with family and friends, and having an impact on my communities.
Author Portfolio Page