From Child to Commodore: How Cornelius Vanderbilt Became The Commodore 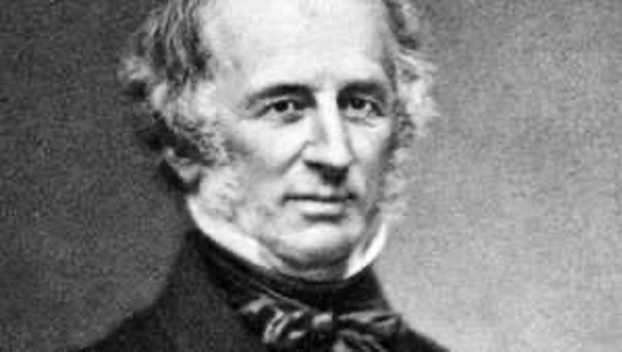 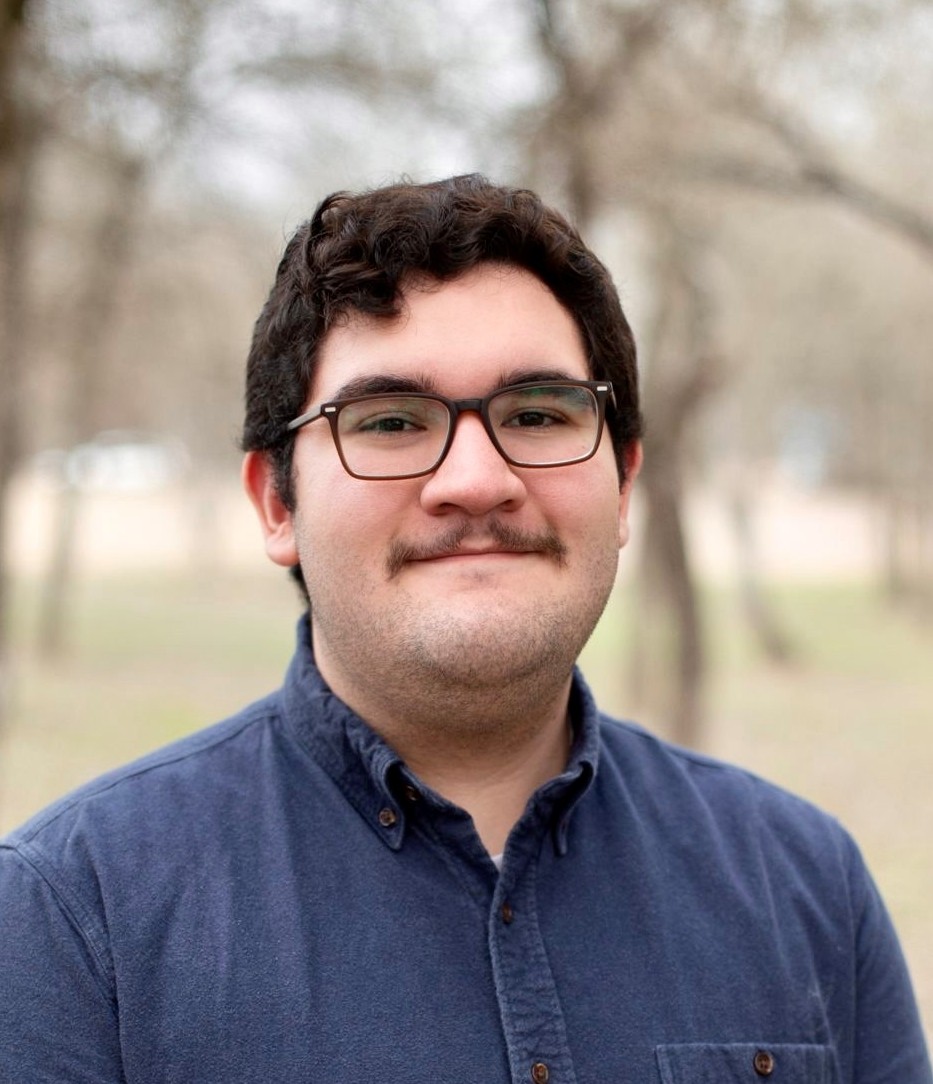 Cornelius Vanderbilt led a life of conflict and economic success, and during that life, he earned the nickname “The Commodore.” This nickname had an incredible impact on all who heard it. The child that grew up to become the Commodore was taught to be ruthless and smart when it came to the practice of business. It is undeniable to say that that child grew up to be one of the most influential men in American History, whose legacy will continue on centuries after his passing, whether that legacy was positive or negative. Cornelius Vanderbilt was one of the many men who helped shape American industry. He can be seen as the man who started one of the most economically prosperous periods of American history, the Gilded Age. The story of Vanderbilt and his legacy is long and winding, with shrewd, cunning, and sometimes illegal business deals to be made, and the development of a shipping industry that would rock the east coast and put him on the map. And it all started with a single boat and a small loan.

Cornelius Vanderbilt did not live a life that was common. At the age of eleven, Vanderbilt had to drop out of school and begin working for his father in his shipping business, where he began a new type of education, one that would alter his future and continue to shape an era of American history. This period of his life was crucial and was a pivotal moment for the man he would soon become. The knowledge he obtained while working with his father provided him with a work ethic that catapulted him into becoming a prominent businessman. His father taught him many tools of the trade, that Vanderbilt would not only use often but mastered and became the foundation of his many business practices. He was taught about aggressive marketing and the art of making shrewd deals that would put him above his competitors. But as all birds eventually leave the nest, Vanderbilt aimed for something greater. He began working for himself. He formed his own company by taking a loan from his parents at the young age of sixteen. He bought a ship that he named Swiftsure. In having taken that loan from his parents, he was required to pay them back, resulting in him only receiving half of the profit from his new ferry company.1

Vanderbilt soon shocked the world and quickly rose in popularity as a result of his young age and success. But it was not until the age of eighteen that his empire really took off. He contracted with the United States Government to supply troops with much-needed supplies during the War of 1812. By the end of the war, he had acquired enough funds to purchase a small fleet of boats. Due to his time working with the Government, he was given the nickname “Commodore,” but it was common at the time. His work within the ferry industry led to him starting his shipping empire, which would lead to many business opportunities and business partners. All of this drew the attention of Thomas Gibbons, who was a prominent and well-known businessman, who approached Vanderbilt, asking him if he would captain one of his ships. Vanderbilt then began working for Gibbons and soon became a business manager, all the while continuing to own and operate his own business on the side.2

But not all was going well for Gibbons. Prior to meeting Vanderbilt, Gibbons had been in a long-standing feud against a monopoly that continued while Vanderbilt was working with him. The feud resulted in a legal case that was ultimately resolved in the Supreme Court decision of Gibbons v. Ogden. This case is still viewed as a landmark decision. It proved that Congress had power over interstate commerce and was not subordinate to state laws. This case was brought about due to Gibbons being accused of violating a state-sanctioned monopoly that had been given to Robert Livingston and Robert Fulton. Aaron Ogden sued Gibbons for violating the state statute. Vanderbilt and Gibbons hired Daniel Webster to defend them. Chief Justice John Marshall wrote the majority opinion, stating that New York did not have the authority to regulate interstate navigation, for it was protected under the Commerce Clause of the Constitution.3

Vanderbilt continued onward with his strong work ethic and understanding of business. He began using what he had learned during the time he had worked for his father. While under the guidance of Thomas Gibbons, Vanderbilt began picking up new ruthless tactics. Gibbons taught him how to undercut his competitors to eliminate all competition, as this was a tactic that Gibbons often used. Vanderbilt took these teachings and ran with them. He used these tactics to strengthen his own industry, even after the death of Gibbons. Shortly after the death of Gibbons, Vanderbilt was officially working for himself full time and put a primary focus on expanding his shipping empire. He began to grow, first by taking over Gibbon’s company, and then a ferry owned by his brother. As Vanderbilt began growing faster and faster, he met his competition, and he saw himself facing his first major battle that would make or break his career. This battle was against the Hudson River Steamboat Association. Despite what it may have seemed from an outside perspective, this was no simple battle between two companies. The Hudson River Steamboat Association was a monopoly that controlled the New York area. Vanderbilt was well aware that this conflict would not be an easy victory, and that it would be incredibly difficult to remain on top.4

With this thought, he began doing what he did best. Vanderbilt began relentlessly undercutting the monopoly. He took their business by using the name “The People’s Line,” which gained him a lot of populist support. By undercutting them, he provided better service for a cheaper price, making ferry travel affordable for the common man, which was a belief that the populist platform supported. The Hudson River Steamboat Association knew that if they did not act fast, Vanderbilt would soon take them out of business. They knew the only option they had to was to pay Vanderbilt to leave the area so they could continue their business without such difficult competition. Vanderbilt then proceeded to move to Long Island Sound, where he quickly began growing in notoriety, and his business practice never seemed to slow down. Soon he took over the Staten Island Ferry and continued to show his dominance by controlling the Long Island Sound region. It was during this time, the mid to late 1830s, that Vanderbilt began being commonly referred to as “The Commodore” as a result of his prominent impact as a steamboat entrepreneur.5

Although Vanderbilt had assisted in strengthening the American economy, it was not without its drawbacks. While Vanderbilt was strengthening the economy, he also brought along major hardships. In order to maintain dominance in his industry, he had to manipulate stock prices to be able to buy out other companies, as well as increase the prices of his stock to strengthen his company and prevent it from being bought out. The process by which he did this was with the intent of bettering himself and his company and shady practice at best. He did what is called “cornering the market,” which is a process where you acquire a majority of stock in a business so that you gain control over the company without owning it in its entirety. This process was legal, but simply unfair and manipulative.6 This was one of Vanderbilt’s many cunning and shrewd tactics. He bought a sufficient amount of stock in his competitors’ companies so that he would own a majority of the company. Once he held the majority, he could then influence the price of the stock through actions he took that affected the company, allowing him to decrease the stock price until he could swoop in and buy out the remainder of the company’s stock at highly discounted prices. He would do this with his own companies, but instead of lowering the prices, he would increase them so that his competitors could not do the same to him. This tactic was shrewd but legal, and it was something he practiced often to maintain control of the industry. These practices were characteristic of the men that became known as “Robber Barons.” As his company grew, he began developing partnerships that never lasted long, because his personality was so volatile that these partnerships were doomed to fail from the start. Take, for example, his partnerships with Joseph White and Charles Morgan. The work relationships he developed with his business partners was toxic, and almost always ended in betrayal, as with Joseph White and the Accessory Transit Company. Vanderbilt was a man of great intellect, and he knew how to sway and manipulate people and eliminate the competition. This practice made him many enemies and put people in a position to see him as a threat; he was a man of power, and he would not relinquish that power easily.7

Cornelius Vanderbilt was not the most morally ethical of men; he was shrewd and cunning and he used these attributes to influence his industry, and maintain dominance over it. But these negative aspects did not diminish his contribution to the American economy. His legacy was not simply his wealth, his many business ventures, or the way in which he maintained dominance; his legacy also consists of his contribution towards shaping the United States, bringing it closer to the forefront, and getting a foothold into the world economy. Vanderbilt changed the way businesses operated, which allowed for a rise of a new breed of businessman, the robber baron. This breed of businessman shared similar ideologies to Cornelius Vanderbilt. These men focused on expanding their power and would do anything to keep that power, but they still left a legacy of economic progress. Vanderbilt’s legacy all started with one small sailing boat, that grew into a thriving shipping company that led to an even larger railroad empire. He built his empire from the ground up and strengthened it through ruthless, cunning, and illegal business strategies. He manipulated the markets to help grow his empire and prevent others from staking claims on his business, he also made many enemies and made a name for himself that people either feared, hated, or admired. By the time his life came to an end, he was the second richest man in America, and his wealth would continue to grow long after he had passed, and his legacy the good and the bad can still be seen.

My name is Aaron Sandoval, I am from Eagle Pass Texas, double majoring in political science and history. My favorite aspect of history is foreign policy and the conflicts and resolutions between nations, as well as U.S. involvement in other nations.
Author Portfolio Page