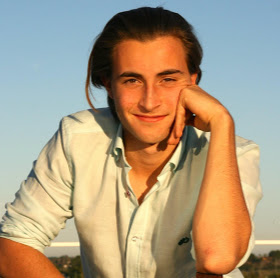 It was 4pm in the Spanish city of Guernica. It was another day in that Spanish civil war that seemed to not have an end. Suddenly, the noise of airplanes approaching from the north, hopefully only war planes crossing the city on their way to another place, but then, it started: The first bombs hit the ground without the possibility of hiding anywhere. Fire, fear, dust, explosions everywhere, people screaming and running everywhere, trying to avoid the unavoidable: death.

This is what the northern Spanish city of Guernica in the province of Vizcaya experienced on April 26, 1937. A city that in only a few minutes went from being of one of the most important industrial cities in Spain at that time, to the first city destroyed by a large-scale aviation bombing in history. This is the story of a city, plenty of life, and economic and demographic expansion opportunities, that went from being known for its work opportunities in the mining, arms, and steel industries, to the best example of what the Spanish Civil War brought to the country: destruction, pain, and death.1

It was April 26, 1937. After General Francisco Franco’s consent, at 3:30pm, the bombing took place. It was not the first time that the Nationalist side of the war (under the orders of General Franco) used the bombing of cities as a destruction strategy, trying to weaken the Republican side. The big difference between the bombing of Guernica and the previous ones in places like Madrid, Durango, Malaga, or Almeria, was that these earlier bombing raids were merely practice runs for this bigger, more lethal one on Guernica. As we know today, Guernica was the place where the first massive aerial bombing took place, all this at the hands of European Fascists. At the time of the bombing, Franco and the Nationalists were decided to destroy the opposition in the north, and subdue the Republican-held cities around Madrid, in order to leave the capital without help from any other part of the country.2

The Spanish Civil War started in 1936 with the uprising of important military generals (one of whom was Franco) in the Spanish north-African colonies. Their goal was to carry out a quick military coup and replace the Republican government with a military one. Generals Franco, Mola, Sanjurjo, and others thought that the majority of the country would follow them and that their plan would easily succeed; but they were wrong. What really happened was the division of the country into two sides: the Nationalists, or rebel side; and the Republicans. The result of this was a three-year-long civil war, which ended with the victory of the Nationalist side, but it also took thousands of lives and burned Spain to ashes, leaving the country as one of the poorest in Europe until the second half of the twentieth century. Franco did not win the war easily. His first idea, after the failed military coup, was to take Madrid after taking important cities in the south, like Malaga or Toledo, thus ending the war by taking of the capital. But the Republican side defended itself with strength, forcing the Nationalist side to take the long way; fighting the Republican side all over the country. They started winning battles in the south and then in the north of the capital, and they finally arrived at Madrid, and defeated it, on April 1, 1939.3

The Spanish Civil War’s primarily characteristic was the repression and killing of the defeated on both sides of the war. To the huge death toll, it must be added the brutality, the massive imprisonment, and the government shootings and murdering of the defeated during the post-war years. All this constructed a repression based on fear, use of force, and oppression of basic human rights, which set the basis for the almost forty-year long-lasting dictatorship of General Franco (1939-1975).4

An intense silence covered the entire city of Guernica, when at 3:30pm three military planes flew over the city; it was the silence before the storm. Those planes ended up being planes from the German and Italian Air Force. When the bombing started, everyone was on their own; everyone tried to do whatever they could to survive that hell. But as usually happens in war, the only thing that normal civilians can do in this moment is pray, and almost always this does not help either. Those who managed to survive are the voices that tell us today how Guernica looked when the bombing ended. People like Luis Ortiz Alfau, a Basque Republican who survived not only the bombing, but also the entire war and several stays in different concentrations camps. He told how after the city had burned in flames, he and the rest of the survivors had to pick up the dead and wounded, many of them friends and family, in a scenery of blood, fire, destruction, and death, like they had never seen before.5

After the bombing, the people of Guernica were on they own. They were no longer living in a place under Republican protection, but now under the control of the enemy, who sooner or later would come and finish the job if needed. Hundreds of people, like the citizens of Guernica, had to flee their homes to France, or other Republican places in Spain, or to other parts of the world. Some of them would later get caught by the Nazis in France or by their enemies in Spain. In both cases, they would end up in concentration camps. The number of victims from this tragic day: hundreds of civilians dead (approximately 1600) in a couple of hours, at least the same number of wounded, and an entire city destroyed.6

It may sound rare to hear that the bombing of Guernica was carried out by German and Italian forces, rather than by Franco’s military. But it can be said that the Spanish Civil War reached, without a doubt, international concerns, drawing in foreign parties into the conflict. The reason for the participation of German and Italian military forces was the growing alliances and relationships that were being built among the major Fascist states in Europe during the 1930s, particularly among Mussolini, Hitler, and Franco. When the Spanish Civil War was reaching its climax, WWII had not started yet, but the threat of a second World War was imminent. As Franco asked for help from its Fascist allies, Germany’s and Italy’s leaders did not lose the opportunity of testing out their military forces. That is exactly why it is said that Guernica (and other bombed cities) was the playground were Germany and Italy tried out their “new toys.” This was especially the case with Germany and its Condor aviation. It used Guernica as a testing ground, becoming the prototype for Hitler’s idea of Blitzkrieg, which was later carried out on Poland in 1939. Not only did the Nationalist side reach international concerns. The Republicans received help from Stalin’s USSR and from Mexico. Furthermore, thousands of anti-fascist volunteers from this and other countries that supported the Republicans but decided to not intervene, joined the Republican cause, known as the “International Brigades.” This kind of “international war” was what led to such a long-lasting Civil War in Spain, where not only two different sides were fighting each other, but where the entire world was seeing how the fight between Fascism and the rest of the world had just started.7

The events that happened in Guernica on that April 26, were later memorialized by the famous Spanish painter Pablo Picasso in one of his most important paintings, “Guernica.” One look at this painting is enough to understand how terrible both the bombings of Guernica were and how terrible the whole Civil War was. In fact, Picasso not only wanted to represent Guernica, but also all the pain, suffering, destruction and death that the Spanish Civil War left behind for so many years. The figures that can be seen on the painting seem more like ghosts than people, and that is exactly what Picasso wanted to represent; the spirits of so many people killed massively and so hard to accept for those who survived. One big message for Spain surrounds this painting: never forget what happened between 1936-1939 and the years that followed, in order to never repeat it, leaving the ghosts in the past.8

Wars are always terrible, but the fact that civil wars confront people of the same country is always more painful for that country; people switch from being friends to start killing each other, neighbors start accusing each other, families break up and even fight and kill other family members… The Spanish Civil War was the representation of all this: profound hate for the other side, cold-blooded killings, people killing people whom they had known for their entire lives, and, for many, the worst part was that all that did not end when the War ended. For many years, the losers (the Republicans) were chased and killed, and those who were not killed were imprisoned and lived for many years in inhumane conditions. The result of the War was a 36 year long dictatorship of General Franco, one of the longest dictatorships of human history. Francisco Franco died in his bed in 1975, which clearly shows that the repression and politics of fear carried out by Franco’s government, left Spain as a country destroyed by itself, buried under its own ashes, and unable to fight for their liberty and rights; Spain lived under Franco’s rule for too many years.

I would like to thank Dr. Necia Wolff for her help in the early stages of this project, particularly in helping me with the approach to take in my research, and in the research of sources. I am also indebted to Daniela Durán for her assistance during the Article Project Proposal process. Finally, I am most grateful to Dr. Bradford Whitener for his assistance in the editing phase of the project and for his encouragement to help me to see the importance of this project for how it could be helpful and useful to others, and especially to me.

I am an International Business major, and an International and Global Studies minor at St Mary's University in San Antonio. I am from Ondara, a little town near the Spanish city of Valencia. My passion is sport, and I am part of the men's soccer team at StMU. I love to spend time with my family and friends, and to discover new things, people, places, and cultures.
Author Portfolio Page