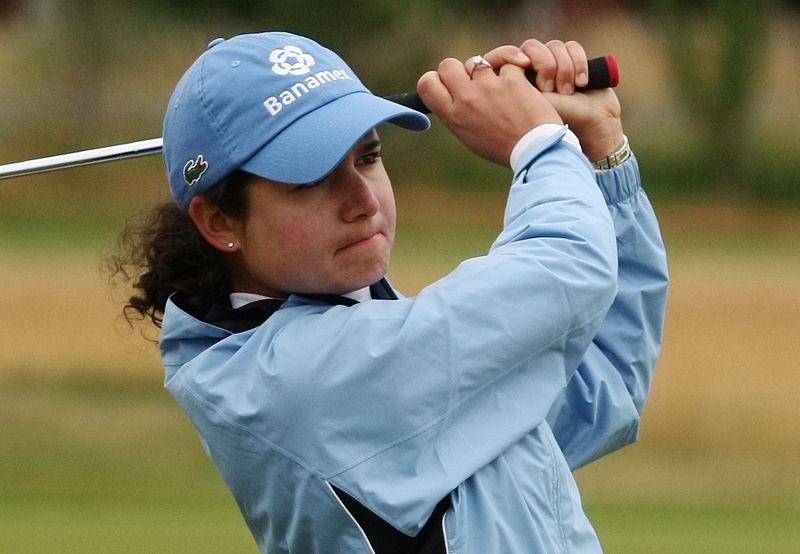 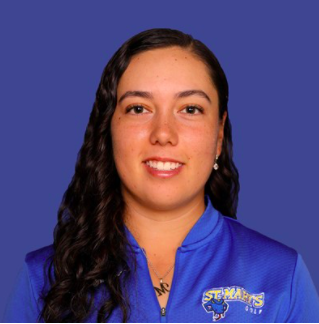 July 30, 2007. Just another normal day at St. Andrews, Scotland, home to the world’s oldest golf course, which has witnessed many victories and defeats, has fulfilled dreams, and has contributed significantly to the history of golf. St. Andrews has been host for 27 Men’s British Open tournaments. And now, for the first time in history, it was going to host the Women’s British Open tournament that July. For Lorena Ochoa, at just twenty-five years old, ranked top of the world’s best women’s golfers, and the best Mexican golfer, this was her first time setting foot on this famous golf course. She had been working her whole life for this exact moment. She knew that the next few days were important and would define the rest of her life. Lorena had just come from finishing one shot short of forcing a play-off in the Evian Masters earlier that year. To win at the home of golf, at St. Andrews, where everything “golf” started, meant a lot to Lorena and her family, who had travelled all the way from Mexico to support her. “We are going to make some noise,” Lorena’s brother said, and the rest would be up to her.1

Lorena Ochoa Reyes was born November 15, 1981, in Guadalajara, Mexico. She started playing golf at the age of five. At age six, she won her first state title, and a year later, her national title. Because of her great success in Junior golf, she was able to attend the University of Arizona, where she majored in sports psychology. During her college career, she won 12 out of 20 tournaments. Additionally, she received the National Collegiate Athletic Association (NCAA) Player of the Year honors twice.2 In May 2002, she became a professional golfer, thanks to a special invitation to participate in the Welch’s / Circle K Championship, where she came in tied for fifth place. She earned her LPGA card in 2003, after finishing as the earnings leader on the Futures Tour in 2002. She thus became the second Mexican in history to earn an LPGA card. In 2004, she won her first tournament, becoming the first Mexican-born player to win an event at the LPGA (Ladies Professional Golf Association). In 2006, she dominated the golf course. That year, she won six tournaments and she ranked second place in six other occasions. Her great success during her college career and her first performances in the LPGA Tour allowed her to participate in the 2007 “Ricoh Women’s British Open,” the tournament that would change her life forever.3

On Monday, July 30th, less than 24 hours after Ochoa’s first encounter with her dream course at St. Andrews, the sun was shining bright and wearing windbreakers was optional. Not only was the Clubhouse getting ready to welcome female players for the first time, but Lorena was also getting ready to play her first ever round at this prestigious golf course. At 10:00 a.m, Lorena was Teeing off for the practice round. She knew that this was not an easy course, and that it was going to be a challenge for her; therefore, instead of just playing the normal round of 18 holes, she decided to practice tricky shots that she had seen men pull off over the years. “I wanted to push myself and see what I could do from different spots.”4 Once she had completed her practice round, she gave an interview where she talked about her first time playing at this course, and she described it as “A day to remember.” Lorena’s past records and performance had put her in a very good position for this tournament. She had a great chance of taking the ‘win’ home.5

With the practice round done, Lorena was ready to start what had been a long awaited moment. The action started when she made her first birdie (when a golfer finishes the hole with one less stroke than what they are supposed to hit) in hole number five. She then continued to birdie three holes in a row (8, 9 & 10), allowing her to stretch her lead to three shots. After playing 18 holes, with the perfect weather, no wind, and sunny conditions, Lorena Ochoa had a bunker-free and bogey-free round with just 67 strokes, which is 6 under par. This great performance put her on the very top of the leaderboard after the first round, with an advantage of two strokes. “It was just a really good day, one of those days when things are easy and really good. There was only a little bit of a breeze and I took advantage of that and made some birdies,” Lorena said after finishing her round. With one day down and three more to go, Lorena was leading the tournament. Louside Friberg from Sweden, and Inbee Park from South Korea, were just two shots behind Lorena. The strong famous winds of Scotland had taken the day off, allowing her to shoot a solid good round; however, the forecast for the next day indicated winds up to 35 miles per hour.6

It was certain that things would not get any easier starting the second round. Up to this point, only the best 69 players on the field would advance to the third round, leaving Lorena no room for mistakes. As expected, the conditions for the second round were not easy for anyone. Lorena had finished the round with a 73, six more strokes than the day before. She started the round with another birdie; however, she ended up with a bogey on the 18th hole. The first round, she had ended up making six birdies, but this day she only had two. Nevertheless, her performance this day was just good enough to keep her at the top of the leaderboard for two days in a row. Her two-shot lead turned into just one shot. Catriona Mathew from Scotland, and Wendy Ward from the United States, had a much better round than Lorena, one shooting five under par and the second one three under par. After the second round, Lorena still had some work left to do if she wanted to hold high that trophy Sunday afternoon.

One more round before playing the final 18 holes that would determine the winner of the 2007 British Open Championship, held for the first time at the Old Course of St. Andrews. With winds blowing at 40 miles per hour, Lorena had concluded her third round with a solid 73, the same amount of strokes as the day before. The course was played at an average stroke of 78.507. She was the third best performer of the day, being just one stroke short from being the best. She started her third round with two birdies, but as the conditions were getting tougher and tougher, she ended up making two bogeys on the last holes of her round. After the third round, she was still leading the tournament, but this time with a six stroke lead and 18 holes left to play. The only thing Lorena could do before starting the most important day of her life was to stay calm, rest, and prepare herself for what the next day had to bring.7

Sunday morning, the best 69 female golf players were out there at the “home of golf” giving their best, all with the same goal of winning that trophy; however, only one player was going to be crowned. Besides the 40 miles per hour winds, just when nobody thought the conditions could not get any tougher, the players were starting to deal with a cold and rainy day. Lorena started the round with 4 straight pars, followed by two birdies in a row on the fifth and sixth holes. Everything was going smoothly for the Mexican player, until she encountered hole No. 17. Originally, this hole was par 4—the golfers had to finish the hole with only 4 strokes—however, for the tournament, they changed this hole to a par 5.  She landed her second shot inside one of the bunkers (an obstacle with sand that a player cannot touch with the club), short of the green. The bunkers in this golf course are famously known for being too deep and hard to get out of. Unfortunately for Lorena, her ball was near the edge of the bunker, leaving her with only one option: she had to pitch her ball sideways into the rough (an area on the golf course with longer grass). She then proceeded to hit an extraordinary shot to the green and was able to escape with only a bogey (one more shot than she was supposed to hit) and only one hole left to play. She went on to her very last hole, and since she was leading by four strokes, the only thing she had to do was play it safe. With no doubt in herself, and despite having no birdies and a tough last 9 holes, Lorena captured the victory. She finished the round with a minus 5, 287 strokes in total. After a long four days of hard work, and after making the last putt, Lorena had made history by becoming the first-ever Mexican-born player, both male or female, to ever win a major golf championship. “It’s a long way, 24 majors, and finally I have this [trophy] here, and I think it’s for a reason and I couldn’t be more happy,” Lorena said after her outstanding performance. “This is the most special round of golf I ever played,” said Ochoa.8

After 27 LPGA triumphs, 2 majors, 158 consecutive weeks as the number one in world golf, and after ten years of winning her first major at the Old Course in St. Andrews, Lorena Ochoa was inducted into the World Golf Hall of Fame. She became the youngest woman and the first Latina to achieve such a feat. Ochoa remained as number one in the LPGA world rankings for three years and she marked an era in golf, for she transcended in that sport and put the name of Mexico up high. She dominated the LPGA, but the day came when she finally had to retire. On May 2, 2010, at only 28 years old, Lorena Ochoa, being the number one in the world, announced her retirement as a golfer. Ever since then, Lorena has been entrusted with the task of continuing to earn titles, but now off the golf course. “Without a doubt my majors are now my children, they are three, three majors.” In addition, she runs the Lorena Ochoa Foundation, which works for education; she also wrote a book about her life, which she named Dream Big, and she maintains her passion for golf as a course designer.9

I am a student-athlete at St. Mary's University. My major is Interdisciplinary English Lang Art & Reading because I want to become an elementary school teacher. I am from Queretaro, Mexico. The sport I practice is golf and I like to spend most of my time at the golf course. My graduation year is 2024.
Author Portfolio Page