Racism is a Public Health Emergency 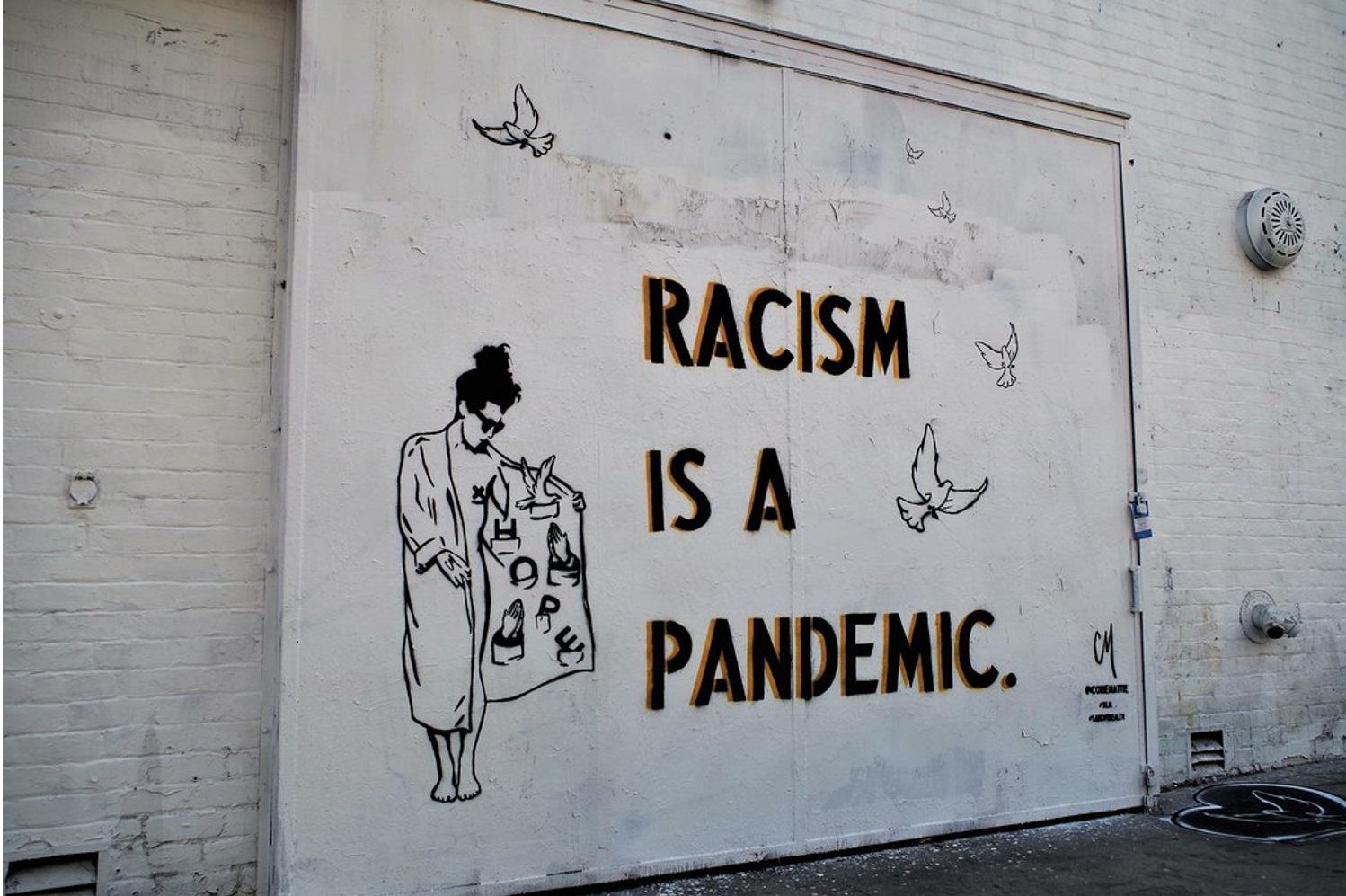 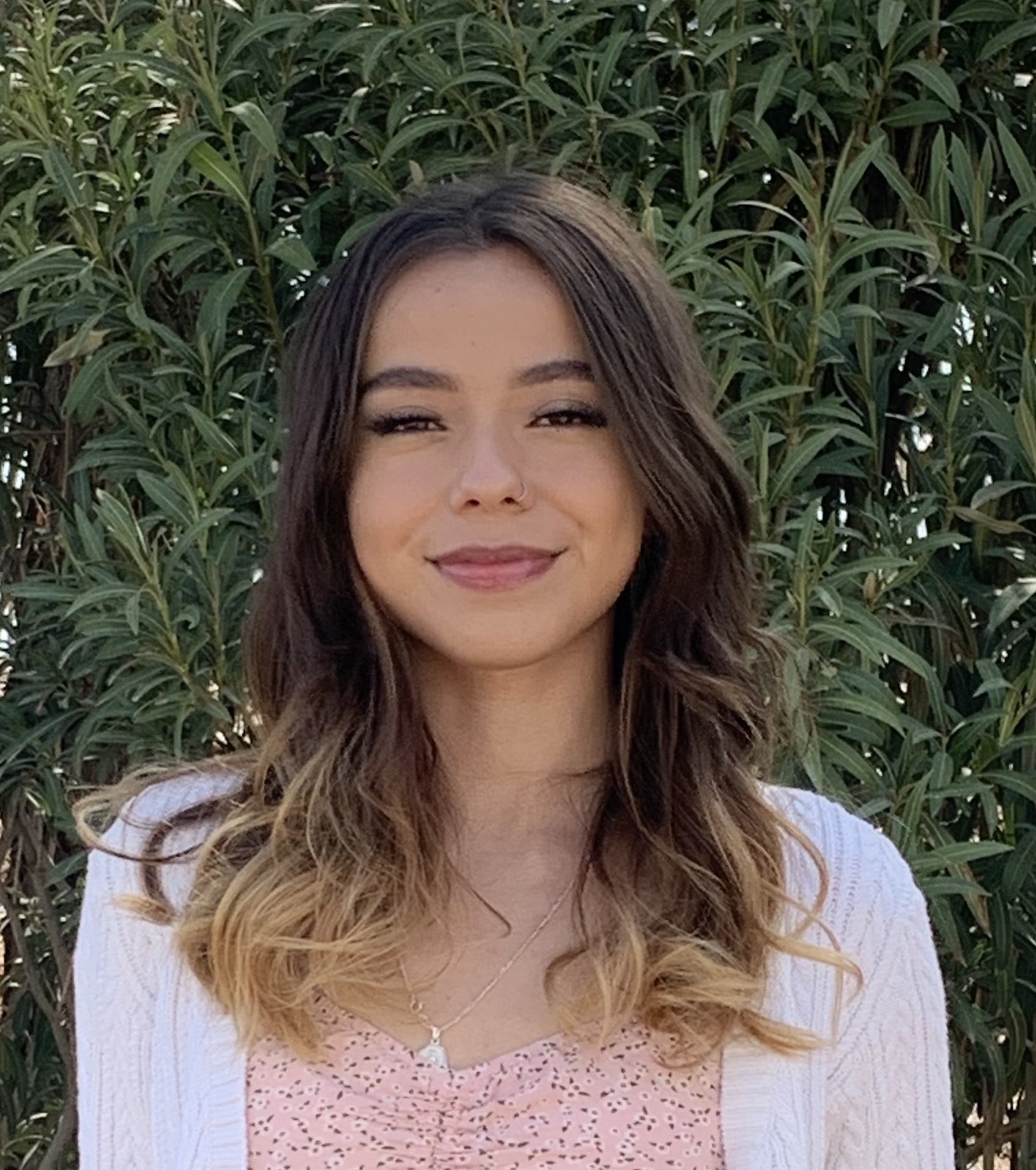 Nearly 40% of United States citizens constitute the minority population of the country.1 In addition to all of the discrimination that this population faces within their communities and workplaces everyday, there is also an incongruity when comparing the medical treatment they receive to their 60% non-minority population counterparts. Data collected on rates of hospitalization and mortality due to COVID-19 displays significant discrepancies between demographics, most apparently between races.2 What can be gathered from the investigation of these statistics? Is it possible that a deep-rooted foundation of inequality can be attributed to the issue? Attempting to answer this question has proven to be difficult in that there is complexity in how several lurking variables can influence these patterns. Dr. Clyde W. Yancy, a cardiologist and professor at the Northwestern University Feinberg School of Medicine in Chicago, explains that there are “concomitant comorbidities,” or natural occurrences of patients that are suffering simultaneously from two or more diseases, that can justify the differences in disease rates of different races; hypertension, obesity, diabetes, and cardiovascular disease have a high frequency among black populations, and these conditions are ultimately well-known risk factors of COVID-19.3 However, Dr. Yancy emphasizes that there are other factors that influence susceptibility. He portrays the importance of the place in which black individuals reside, and because “race determines home” in most communities, social determinants such as high crime rate, less access to healthy diets, high housing density, and lower socioeconomic status contribute to the increased risk of disease for minorities.4 After an analysis of disparities in mortality and hospitalization rates of different races and ethnicities, I argue that the evidence inarguably reveals the alarming truth about America: societal racism and discrimination extends even to the public health infrastructure, burdening minorities with excess hardships that impose uncertainty on the notion of overcoming and at times even surviving the pandemic.

On December 31, 2019, the World Health Organization declared the outbreak of an infectious disease, COVID-19, as a global health emergency. COVID-19 is the deadly respiratory illness that is caused by the virus SARS-CoV-2. While nobody was prepared for such a devastating pandemic, certain countries were able to control and manage the spread as efficiently as possible while the virus completely ravaged through other countries. In the United States, the pandemic unveiled a dismaying amount of corruption and impurities within the structure of our society and in the foundations of our country. The year 2020 was a vital year of change for America. Amidst an election year, several movements were propelled with more urgency to reform the impurities of society. The political atmosphere was overcome with tension, and the pandemic only fueled this predicament.

With the whole country’s attention pinpointed on the presidential candidates, any statement that those candidates put out can play a crucial role in the lives and beliefs of those that listen to those statements. When the first cases of the virus appeared in America, the Trump administration seemed to understate the severity of the situation.5 However, as anxieties grew, Trump began targeting Asian Americans by “rebranding” the virus as the “Wuhan virus” or the “Chinese Virus,” even the “kung flu.”6 While the former president is infamous for his mockery and name-calling, these references sparked plenty of criticism. In response to these criticisms, Trump’s administration casually dismissed the racial insensitivity for simply pointing out “the fact that the origin of the virus was China” adding that it was “a fair thing to point out.”6 Given a platform as monumental as the leader of the United States, it is believed that his attitude toward the situation played a major role in sparking bias against Asian Americans.5 These targets are not restricted to solely verbal accusations; negative bias has also taken the form of physical assaults towards Asian Americans.9 Their community has been burdened with an additional amount of anxiety not only for their physical and mental health but also for their safety. Xenophobia manifests itself in a painful history of these people being blamed for carrying disease as a result of their perception as a “perpetual foreigner.”10 This stereotype exposes an unwarranted sense of ethnocentrism that is rooted in the history of societal structure.

Manifestation of discrimination is not only encountered in the daily lives of minority groups, but this injustice is also woven into a system that is structured to degrade the treatment of minorities. With racial prejudice being as prevalent and aggressive as it is in the general public, it would be unfeasible not to observe these patterns in systems such as the public health infrastructure. Dr. Susan Moore, a physician specializing in family medicine, was admitted to Indiana University North Hospital when she began experiencing complications due to coronavirus. She shared a heartbreaking video on Facebook that expressed her struggle to be properly treated as a black woman in this hospital. In an effort to obtain remdesivir, an antiviral medication administered to hospitalized patients with COVID-19, she says that her doctor’s behavior and rhetoric made her “feel like [she] was a drug addict, and he knew I was a physician.”11 Dr. Eric Bannec, the doctor in question, almost threatened her when she spoke up, despite how sick they both knew she was. She discussed how she would have been getting proper treatment with more attentive care if she were white, exclaiming that this “is how black people get killed.”12 We see this time and time again in this country on different scales; the pain and discomfort that the Black community experiences oftentimes gets disregarded and even challenged. Susan Moore passed away less than two weeks after her video was shared. When an educated black woman is fighting to get the proper care that she knows she needs, the medical staff that have denied her this very right, even after her death, label her as “intimidating.”13

The tragic death of Moore could have been avoided had the US healthcare system had been accustomed to ensuring the comfort of every patient, regardless of race. Unfortunately, this is not the case, and it is blatantly obvious when we observe the statistical evidence of inequity exposed during the pandemic. Utilizing data provided by the CDC, researchers are able to display factual evidence of racial and ethnic disparities in the COVID-19 infection and death rates. In the final analysis, after the data has been sorted and adjusted to demonstrate the most accurate representation by eliminating potentially intruding variables, there is a clear increased susceptibility to the virus within the African-American and Hispanic ethnicities.14 One study conducted that researched large US Metropolitan areas found that in counties that experienced more poverty, with substantially nonwhite populations, had an infection rate that was almost eight times greater than those of counties with substantially white populations. The death rates were also almost nine times greater in these areas.15

The discussion of this issue usually presents the meritless rebuttal that there are genetic differences between races and ethnicities that could explain a disproportionality in mortality rates. However, there is no scientific data that would support the claim that differences in physiological and anatomical makeup at a biological level would affect the susceptibility to such a highly contagious virus. In an interview with NPR, Senator of Louisiana Bill Cassidy brings forth this false narrative as he is questioned about what will be done to support the black community of his state, which has been hit with a significant disproportion. Relentlessly maintaining the fact that he is a former physician throughout the conversation, Cassidy claims that the presence of systemic racism is solely used as “rhetoric” in this situation, in which the lives of black citizens are at risk with a decreased likelihood of surviving. He stresses that this disproportionality is due to physiology, comparing the situation to diabetes among African Americans.16

These disparities are not necessarily to be considered the immediate consequences of racism among healthcare professionals, administrators, and leaders, but it is much more apparent when we examine the state of affairs of minority demographics. Social determinants of health are the living conditions that can tell us about health risks.17 In the majority of these communities, the urban settings are characterized by crowded conditions. It is also very likely that the citizens in lower socioeconomic classes are also forced to put themselves in danger of contracting the virus by continuing to work in minimum wage jobs in order to support their families. The ability to social distance and gain income from home should truly be considered a “privilege” rather than a hinderance.18 The contributing factor of most impact is the fact that minorities are more likely to live in lower income communities, which will have less access to necessary healthcare needs. It is more difficult for them to be insured with health insurance and the healthcare resources that they do have access to are usually not of culturally competent care.19 Immigrant populations are even further damaged by the pandemic because they are not included in the government’s relief measures; the Coronavirus Aid Relief and Economic Security Act passed by Congress fails to provide emergency funding to immigrants that do not have Social Security numbers, even if they have the ability to file for federal income tax returns using Individual Taxpayer Identification Numbers. Clara Discua, the wife of an immigrant from Honduras, had also been denied the federal stimulus check, “penalized for filing her taxes jointly with her husband… exposed [Discua’s] marriage to a noncitizen who doesn’t have a social security number.”20 Immigrants and their families have been excluded from health emergencies in the past, such as the tuberculosis crisis in the 1920s in which Mexican and Filipino immigrants were driven from Los Angeles, making any access to healthcare virtually impossible for them.21 How are these people expected to receive the proper care (that should be a right for everyone) when the cost of health care is so high and there are no efforts on the government’s behalf to assist them?

Racial discrimination has been an issue conversed by medical literature for decades. When racism has been so deeply ingrained into the practices that are meant to provide care for all in need, how do we address the change that urgently needs to be made?22 Improving existing and implementing new policies and programs that allow underrepresented populations to receive access to healthcare is crucial, especially as vaccines begin to distribute across the nation. It is always extremely important to respect the culture of every community, engaging in social connection to create trusting relationships between institution and citizen.23 The coronavirus pandemic has caused an immeasurable amount of sorrow around the globe, and it is time we alleviate the pain of those that have been suffering. We must heal together.

I am a Biology major at St Mary’s University coming from El Paso, Texas. I love to learn and I am always eager expand my knowledge. I’m very passionate about music, specifically jazz!
Author Portfolio Page