Taking Down The Crown: Why People Believe The Crown is Accurate 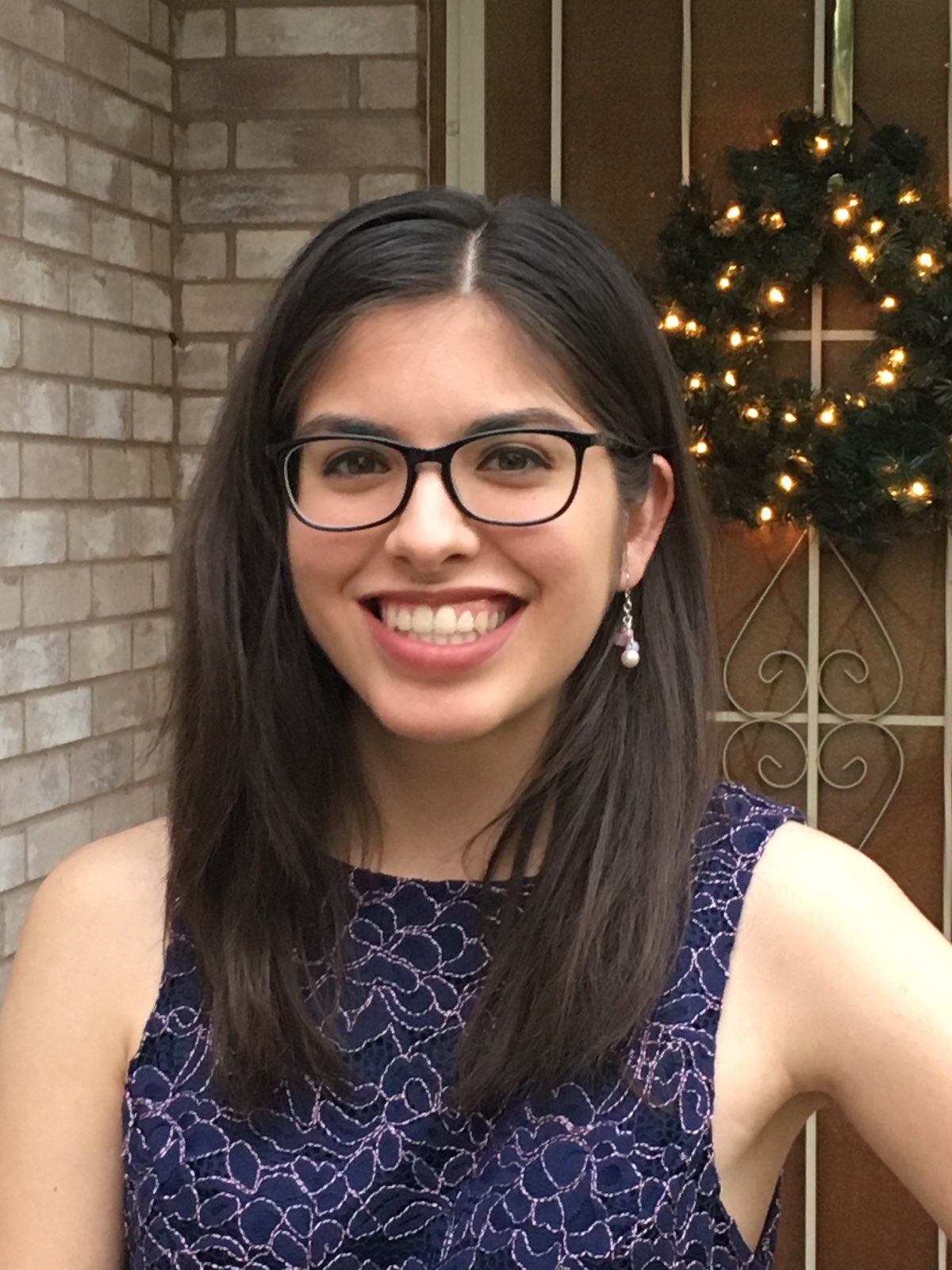 The streaming company Netflix created the series, The Crown, which shows the life of the Royal family, specifically of Queen Elizabeth II, from the early twentieth century through the late twentieth century. Though the show has gained popularity over the years, it has been known to be controversial because it has been accused of having inaccurate scenes about the Royal family, as well as flawed scenes showing historical events. One of the controversies involves the damaged reputations of some of the members of the Royal family. For example, Camilla Parker Bowles, the Duchess of Cornwall, has been a victim of cyber bullying due to the false suggestion that she and Charles, the Prince of Wales, had an affair while he was married to Diana, the Princess of Wales. Many fans of The Crown have been misled over the way Prince Charles and Camilla’s friendship is shown, which has led to people believing that what they are seeing on the Netflix series is true.1 This also can discourage people from doing their own research on the real lives of the people these actors portray, and the historical events being shown. But why are viewers believing that The Crown shows an accurate representation of the Royal family and history during that time? The Crown brings history to life in a way that gives viewers the feeling of authenticity.2

Authenticity in film is defined as a “…film’s dominant mode of historical representation. For the overwhelming majority of historical film makers and audiences, authenticity signifies a realistic historical experience, an effective suspension of temporal-spatial disbelief.”3 Authenticity, also known as the engine of historical filmmaking, is the most important element in historical films because historical critics and audience members rate these types of films based on its accuracy and authenticity, and how well they correlates to real events and official documents. They scrutinize every detail in the visual and audio elements, such as the clothing, casting, the voice of the person the actor is portraying, the music, and more. This all leads the audience to initially acknowledge the film as historical. However, historical films are rarely rated based on audience appeal. The Crown shows world history in a way that makes viewers assume that what they are seeing is historical reality, which gives it the authenticity feeling. One way that The Crown gives viewers the authenticity feeling is by the pre-production historical research that takes place.4

Actors, directors, and other film personnel have a moral duty to convey historical films as close as possible to the actual facts. They must use research to recreate scenes precisely so that it adds more authentic value. This satisfies the viewers’ need and desire for an accurate historical experience on these films, given that they crave truth and accuracy. Since pre-production research is done for the historical figures and events shown on The Crown, audience members can view the program as an accurate historical series, even if it is not labeled as historical. Therefore, there is a discourse of authenticity, which is defined as, “the desire to establish the adaptation of a heritage property (whether conceived as historical period, novel, play, building, personage, décor, or fashion) as an authentic representation of the original.”5 While creating The Crown, deep research is established so that what is seen on screens match what originally happened.

The deep research that takes place before production is what makes The Crown seem realistic. Peter Morgan, the creator of the show, works closely with the research team as well as with other members of the production team to create the script. Members of the research team revise, edit, and fact check their work and send it back to Morgan for feedback. Described as the nucleus of The Crown, the research team does remarkable research in order to make the series seem as realistic as can be. The research team is also responsible for things like finding the right dog to resemble Queen Elizabeth’s II dogs, as well as the toys that were created in 1982 for Prince William. The research team also receives and uses information from people that were at the Royals’ side when they went on tours. That is how the research team gathered information on the relationship between Queen Elizabeth II and former Prime Minister Margaret Thatcher. Since their relationship was never revealed to the public, the research team found witnesses that were present during the time of these two powerful females. The actress, Gillian Anderson, who portrayed Thatcher, even researched her own character by attending interviews hosted by Thatcher’s cabinet secretary. Additionally, Martin Childs, a member of the design team, went so far in his research to recreate Buckingham Palace that he disguised himself as a tourist. Overall, every little detail that the viewers may think has little significance actually has been carefully picked and created by the research team. They even went to great lengths to carefully pick extras who fit the age and type of people that were represented within the large groups of people seen in various episodes. This deep research makes viewers believe that The Crown is true; however, there are many fictional scenes present in the show as well.6

Even though viewers believe the history behind the fictional scenes, the creators of The Crown do nothing to dispel this notion by clearly indicating to the audience that the show is historically inaccurate, at times. Morgan claims that, when there are too much facts presented in the show, the drama will suffer. By creating fictional scenes with no historical context, viewers can assume that what is seen on film actually happened, and that it is part of history.7 This means that viewers often believe that the portrayals in The Crown are the gospel of the Royal Family, since so much else about the show is historically accurate. The Crown still fools people, even after its fourth season. The show is known for bending facts to fit the storyline and rewriting history and relationships. For example, Earl Spencer, the younger brother of Princess Diana, complained that some of his family members had been portrayed in an inaccurate, displeasing way. He believes that it is unfair that his family members, as well as other people who have been portrayed on the show, have been attacked by the public, all because of the way they are depicted on The Crown. He claims that viewers are consuming The Crown as if it is an accurate retelling of events, even though it is not. Viewers do this a lot with other historical fiction films. This is a challenge for many historical figures, especially the ones still living today, because they have to suffer through the hate they receive from the public, all because of the distorted way they are perceived though historical films. In order to have more respect for historical fiction, it must let the audience know that it is historical fiction, since it is fiction based on facts.8 To help viewers that have been deceived by the authenticity feeling, historian Robert Lacey helps breaks down what is fact and what is fiction.

In his book, The Crown: The Official Companion, Volume 1: Elizabeth II, Winston Churchill, and the Making of a Young Queen, Lacey emphasizes to his reader that, “You are watching a historical drama, dear reader, not a history documentary. The Crown is a work of creative fiction that has been inspired by the wisdom and spirit of real events.”9 Though he stresses this, he takes on the challenge of separating fact and fiction. While looking at the first episode titled, “Wolferton Splash,” the series shows that before Prince Philip’s investiture, he abandons his Greek nationality. However, Lacey says that Prince Philip was already a British citizen at that time. He obtained his citizenship on March 18, 1947. Additionally, Lacey states that much of the episode four titled, “Act of God” was fictitious. Former Prime Minister of the United Kingdom, Winston Churchill’s secretary, Venetia Scott, is a fabricated character. Though the character was carefully researched to resemble all of the women who worked for Churchill, there was no real Venetia Scott who worked for Churchill during the Great Smog of 1952. Also, the leader of the Labour Party, Clement Attlee and his party did not want to bring down Churchill’s government for dealing with the Great Smog, even though that is what Morgan showcased. On top of this, Morgan created an imagined dialogue between Queen Elizabeth II and her sister, Princess Margaret after Queen Elizabeth II asks her if she and Peter Townsend have considered getting married in Scotland, since it is not as strict as the Church of England.10 In the sixth episode titled, “Gelignite,” the imagined dialogue starts with Princess Margaret commenting, “Meaning,” she asks, “we could even get married in a church?” “I’d have to check,” replies Elizabeth. “But I think so…It would make my life a lot easier too.”11

Though there is also some truth behind the historical drama that Lacey brings to his readers’ attention. While viewers watching episode two titled, “Hyde Park Corner,” they see the environment in Africa that Elizabeth was in right before she became the Queen. The setting was based on the memory of a British hunter, Jim Corbett, who accompanied the couple during their trip. Meanwhile, in episode five titled, “Smoke and Mirrors,” Morgan shows the Duke and Duchess of Windsor viewing the coronation on television. In Lacey’s book, he confirms this by mentioning that the couple watched the coronation on BBC on June 2, 1953. Also, in episode eight titled, “Pride and Joy,” an argument between Queen Elizabeth II and the Duke of Edinburgh is illustrated in Australia. This royal tantrum did happen on Sunday March 7, 1954, and it was even captured on film.12

Netflix should do a better job at communicating with their audience by having a label explaining that The Crown includes fictional representations of factual events. Even Earl Spencer said that, “I think it would help The Crown an enormous amount if at the beginning of each episode it stated that this isn’t true, but it’s based around some real events, because then everyone would understand that this is drama for drama’s sake.”13 People should do their own research rather than rely on The Crown to provide a true historical depiction of actual events. Morgan even claims that many viewers have scrolled through Wikipedia for answers over what is true and what is fiction.14 Though it is easy to be misled by the authenticity feeling that The Crown gives, viewers deserve to have the messaging indicating The Crown is a drama rather than a historical film.