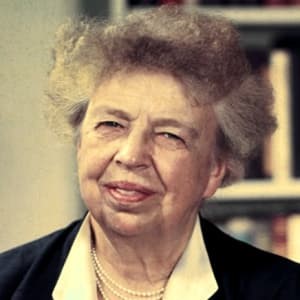 The role of the First Lady has changed considerably. Although she does not have any official responsibilities, first ladies are an important part of the US government. The role has gone through its own evolution, from being the hostess of the White House to being an active public speaker, where she engages fully in the social and political life of the country. The role is not an elected one, but it does carry ceremonial duties that are later evolved into their own passion. Today, we see the First Lady as her individual person and no longer a shadow to the president, but the question unanswered remains. When did the First Lady step into the spotlight and who was the one to set the stage for ones to come?

Before we can get into the actually turn of events, one must understand what it was like to be a first lady in the Early Republic, in order to truly see the differences between then and now. When Martha Washington became the very first First Lady, she was simply considered the nation’s hostess.1 The role called for these women was no different from that of a traditionally housewife. Dating back to Abigail Adams, Sarah Polk, Edith Wilson, and many more First Ladies, the gender norms did not stop applying to them, because the term First Lady is no other than a cover that simply means America’s housewife. Therefore, the wives remained to be just a help to their husbands.2 In reality, when first ladies move into the White House, one of their primary jobs was to find decorations for their new home. These women’s only obligation were similar to the traditional feminine duties. These crucial tasks involved selecting fine china, preparing for the dinners, and being the hostess to welcome all into the White House.3 However, since the role has never had any official documented limitations or named any specific political involvement that they are meant to have, the First Lady technically had the right to be as much involved in anything as she wishes to be.4 Again, the question remains, who expanded the role? The new era for the First Lady of the United States started with none other than Eleanor Roosevelt.

Born on October 11, 1884 in New York City, Anna Eleanor Roosevelt was the only girl born to her parents, Elliot and Anna Roosevelt. Her father was the younger brother of one of the former Presidents of the United States, Theodore Roosevelt. Eleanor’s parents had both passed away by the time she was eight years old; therefore, she was raised by her grandmother. Until the age of fifteen years old, Eleanor was educated by paid private tutors until sent to a school in England. Although she was described as a shy, serious, but awkward student, Eleanor fell under the wings of the school’s headmistress, Marie Souvestre. Souvestre gladly promoted the independence the women had as well as the social responsibility they had in their community. After Eleanor returned to the states at the age of eighteen, her social debut had begun.

Eleanor found a passion in the social life of the nation, where she felt she could help the lives of others. At the age of eighteen, she became a volunteer teacher for immigrants, and joined an organization that focused on ending their poor working conditions and abusive labor practices. Soon enough, Eleanor married Franklin Roosevelt, and both of their careers in politics soon began. In addition to raising their family, Eleanor still managed time to be actively working in the Democratic Party, and she also served as an activist in organizations like The League of Women Voters, while her husband was positioned as the secretary of the US Navy. Eleanor encouraged her husband to continue in politics, and after a few years as governor of New York, he ran for president in 1932, in which he won the title of 37th American president.

Already unlike the women before her, upon her arrival into the White House, Eleanor had her own group of followers that had been supporting her for years.5 Once in Washington, Eleanor was hesitant to accept her new role in the White House. She feared that once she accepted her new role, her ability to do as she pleased and be involved in groups of her own concern would be taken away; she would have to give up her practices in the organizations and other activities she was passionate about. However once her husband’s term began, Eleanor’s new project, to refine the traditional role of First Lady from being the nation’s hostess to a more visibly active administrator in her husband’s presidency, commenced.6 As her new journey began, she remembered to bring her old one, of social justice, with her.

Many argue that Eleanor was not the first to go beyond the traditional roles of first lady. Some may say “a certain other first lady” was the first to change this role. However, when comparing the actions of Eleanor to other first ladies from the past, a big difference can be noted. For example, Sarah Polk was President Polk’s most trusted adviser; however, this was not shared with the public. Behind the scenes, Mrs. Polk was the one who wrote the speeches for her husband.  Edith Wilson was also shadowed by her husband, President Woodrow Wilson. But in 1919, he had had a stroke, and she took over his responsibilities as president, although this was completely unknown to the public. She would make daily decisions on what should or shouldn’t be done in matters of state. Edith Wilson was basically in control of the remaining time of her husband’s term. Dolley Madison had a greater social network compared to her husband’s, and she used personal relations to help the political career of President Madison.7 All these outstanding ladies broke several expected norms, but they still remained in the shadows of their husbands.

As First Lady, Eleanor Roosevelt would travel all around the United States, visiting numerous government facilities and report back to her husband. Her passion in politics had grown, and she had developed her own individual agenda. Her agenda ranged from civil rights to writing in her own “My Day” column for the newspapers.8 Her involvement in different causes made her a controversial figure to the nation.

One of her most memorable crusades was to advocate for not just one race, but for all who were in need of justice. As she traveled the states, Roosevelt witnessed the hardships brought on by the Depression. She embraced a civil rights agenda that focused on creating equal opportunities for African Americans. She believed it had been an injustice for too long. Without the White House support, Eleanor relied on her office of First Lady to raise public awareness on the matter.9 She rallied with African American leaders in order to expose the discrimination against the African American community. In addition to making public appearances, Eleanor began her own column in the newspaper called, “My Day.” In this column, Eleanor wrote about herself and shared information about the activities she was involved in. She did not stop there. When inequality in education came to her attention, Eleanor urged the states to provide funding for public schools for minorities.10 After a successful result, Eleanor started to receive letters of African Americans pleading for her help. This is when her influences started to impact government officials in their decisions, like when she defied the segregation laws in Alabama. Because of her rising prestige in the African American community, her husband was also gaining support in that community as well.

the African American community, she still managed to help other groups as well.  Still as First Lady, Eleanor continued to be involved in reforming women rights. Eleanor believed that the start of the reformation began with the youth. She visited all-girl schools where she taught them the social responsibility they have for their community. In order to help women in the work force, she held press conference sessions only open to female reporters and convinced wire services to employ women. Eleanor’s influences were growing and soon enough she was helping people beyond America. She raised awareness about the immigrants in the nations and how their contributions to the labor force should not be taken advantage. During World War II, she built programs for European refugees. She held conferences and discussed how the nation must treat everyone fairly. Radio shows invited Mrs.Roosevelt to ease the nation and provide them with some hope.11 Throughout the next few years, her constant care kept her moving to help all those in the nation who looked for her aid.

The First Lady has been always defined as the nation’s hostess. Eleanor Roosevelt truly succeeded in giving help to those who needed it most. Ultimately, Roosevelt enlarged the role of First Lady. This breakthrough allowed present first ladies to be beloved active speakers for the country. Eleanor Roosevelt was truly the first First Lady in the United States.