20 Years in the Making: How Smash Bros dominated the Fighting Game Community 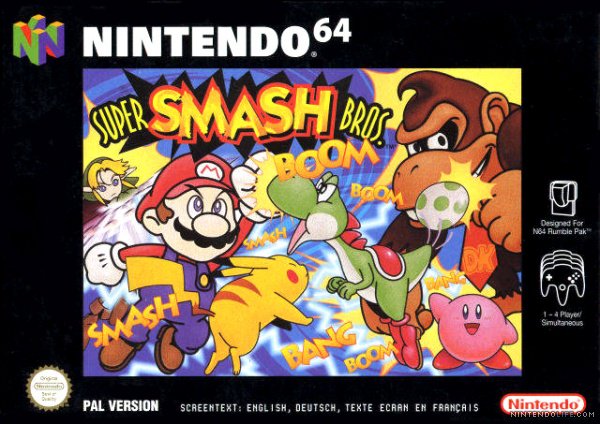 Chances are if you’ve heard of the term ESports, games like the ever so popular sports-based FIFA and first-person shooter Overwatch come to mind, as those are the most popularly televised competitive video games in the industry. However, despite their popularity, no game has ever created such a widespread cultural phenomenon as Nintendo’s famous series “Super Smash Bros.” This prime time crossover fighting game consists of famous faces such as Mario, Donkey Kong, and even third party characters like Ryu and Ken from Street Fighter. Spanning five different games and still securing a spot as one of the most popular fighting games for the past twenty years, it’s kind of confusing as to why a game of such praise and popularity hasn’t received more televised competitions in contrast to other fighting and sports games.1

Enter the creator of Smash Bros himself: Masahiro Sakurai. From a very early age, Sakurai knew he wanted to do something with technology as his desired career path. His first attempt at a technology centered career was a small amount of time spent in school studying electrical engineering, a line of work he quickly realized wasn’t for him. Instead, he wanted to do something that allowed him to have fun and express his creative ideas while he did his job. Of course, he didn’t realize he wanted to work in video games until he started asking himself “At the end of the day what do I really want to do?”2 It wasn’t until a few years later, in 1989 when he was only nineteen years old, that Sakurai decided to apply to the HAL Laboratories company for Nintendo.3

Within his first year of work, Sakurai designed his famous character Kirby, a face that higher-ups in the company came to quickly love. Management assigned their newly hired worker to direct three games for this character, and all received praise for their simple controls and unique level design. While directing the three games was the jumpstart for his career, his biggest influence came in the form of his late friend Satoru Iwata, who was both Sakurai’s mentor at HAL Laboratories and the president of the company. Moreover Iwata was, and continued to be, Sakurai’s biggest supporter all throughout his time working with the company. Their close friendship sparked the idea to create the Smash Series, since Sakurai had been wanting to stray from his usual line of platforming adventure games.4

During the mid-nineties, fighting games such as Street Fighter and Mortal Kombat had revived the novelty of arcade games and swept the world with their innovative ideas and controls, shutting out other games that were based around fantasy and adventure, like Mario, Zelda, and Kirby. This widespread popularity, coupled with the positive relationship with his mentor and boss, was what influenced Sakurai to propose the idea of creating a fighting game that he claimed would be “like no other.”5

Development for the game began immediately, with Sakurai in charge of the design aspects while Iwata himself handled everything that had to do with coding. The early stages of the game didn’t get the name Super Smash Bros until much later in development. The game started off under the name “Ryouh: The Fighting Game,” which featured strange “Pepsimen”-like individuals who fought in a simple arena and utilized an idea of percent based combat, which meant that the higher the players percent the easier it was to launch them into the game’s “blast zone,” which were the areas all around the screen that would signal death if launched too close to its perimeters. After the beta of the game was presented to the higher ups of HAL Laboratories, Sakurai and Iwata decided to use the models of Mario, Donkey Kong, Samus, and Link, instead of the Pepsimen that they had used for the beta. They even renamed the entire series itself into the famous name we know now: Super Smash Bros. Upon release, it was praised worldwide, and while it sold over 5.5 million units, Sakurai wasn’t done with this project just yet. The first iteration of the Smash Bros series was only a glimpse at what was to come in the future!6

With the immense fame Smash Bros brought, came an increased pressure to please fans with the possibility of any and all sequels. Just two years later, the second iteration of the series, dubbed “Super Smash Bros Melee,” was released, and it was praised for its high speed play style and the broad selection of 26 different playable characters. Even though the sequel received notably high praise for being what many fans considered the “pinnacle” of Smash Bros, the game went down in infamy as one of Sakurai’s most hated creations. He despised the game so much that he left HAL Laboratory a few years after Melee’s release to form his own company, Sora Ltd. The company was founded for him to experience what it was like to work with different content creators and develop his own games. However, the original idea for his company was extremely short lived as his old mentor and friend Iwata, who was now president of Nintendo, told Sakurai that the company planned to create more Smash games and wanted to bring Sakurai’s team in to work on them. Sakurai was reluctant at first, but he knew this would be his only chance to create a solid foundation for his company, and for the next decade Sakurai and his team continued to work on various different Smash Bros titles. While he expanded on the games’ character roster, stages, and game play improvements, it never really felt “good” or “satisfactory” for Sakurai; especially given how much he enjoyed the original iteration of the game and its fun simplicity.7

The work was grueling and physically taxing for Sakurai, who was now in his mid-40s and was having an increasing difficultly working due to back pains and other physical sores that slowed down the developmental and polishing processes. It was evident by his physical appearance, which was more sickly and rigid, that he needed to find a way to wrap all of this up as fast as possible. He needed to create a game that would act as the possible final Smash Bros send off for the foreseeable future, one that could please fans both new and old, a game EVERYONE could enjoy! This birthed the idea of the fifth and supposed final installment of the franchise: Super Smash Bros Ultimate, a game that had all of the fighters from the previous games and then some to truly please as many fans as possible. Sakurai’s idea was ambitious and daunting, but not at all impossible.8 The hardest thing about all of this was his physical limitations and how much he taxed himself slaving over a computer to code. He also needed to contact various companies to see if it was possible to receive licensing to use characters that his fans wanted; and while a roster of 70+ characters was truly impressive for a fighting game, deep down he knew that people would likely be disappointed, due to the lack of one or two characters.9

The next two years were spent on polishing the finer details for the game and wrapping up coding that hadn’t been overseen during initial development. Thankfully, the fruits of their efforts were rewarded generously, as only a few months after the game released, Smash Ultimate not only became the number one selling game on Nintendo’s newest console, but also replaced Melees as one of the top competitive fighting games.10 Hopefully with all of this said and done, Sakurai can finally rest.