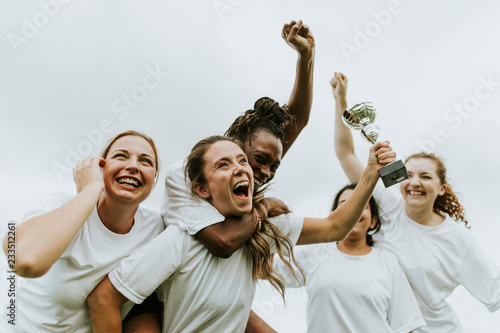 I have always heard of ACL tears in athletes because it has happened to my cousins before and their recovery processes were neither quick nor easy. Seeing it happen to them, though, I thought there was a vast amount of knowledge and effective treatment out there, but I did not realize that it is quite the opposite. Even if there is machines, such as the Alter-G Treadmill, to help prevent such injuries to athletes, I feel like the availability of it is difficult to find and not accessible to all. It would be amazing to find more preventatives for ACL tears as the sports industry is on a rise in our society.

Very interesting, I did not know that tearing the ACL was more common in women than men. I think you did good research in finding the statistics and different technology that helps this issue. I can’t even imagine how painful tearing your ACL must be, and if you’re a female athlete the thought of tearing it must be very present, I assume. Overall, I liked your article and how it highlighted this specific issue and how it can be helped.

This was an great article that covers ACL tear and how serious it is. I’ve never torn my ACL before and I’m grateful but as an person that’s done cross country and track its very serious and even career altering even for female athletes. Overall, your article is great and how it highlighted this specific issue and how it can be helped.

This article was incredibly interesting. Not only did I not know how common ACL injuries are, but I also had no clue how much they affected women. Seeing the prevention practices for ACL injuries and how they are improving over the years is fascinating. ACL injuries are always something that I had heard about, but I never knew how badly they can affect someone’s life long term.

I love how you incorporated drills that prevent further ACL tears in your article. I myself have torn my ACL twice in a span of three years. Reading the information you provided brought a whole new perspective on my outlook on tears. I never realized how it could affect me later in life. Knowing that women are more likely to tear their ACL, I think that every women athlete should definitely take percussion and do the designed ACL prevention drills to reduce the percentage of ACL tears in women.

Very good article; concise, clear and understandable. I liked that you started your article telling your story, I felt that I was reading a book. It seemed surprising that most women athletes are the one who have the highest risk of tearing the ACL than men. To tell the truth, I would have liked you to put the why of this, because I stayed with that doubt. Even so, I also liked that you put examples of ACL’s rehabilitating or preventive exercises, as this can really help other athletes to prevent them. Finally, that you put pictures of the drills and preventive exercises in your article, did it more striking and let me understand how they are and how they look.

This article was extremely interesting and informative. I’ve always heard of people experiencing ACL injuries, but never fully understood the extent of this type of injury. The article helps readers have a better understanding about ACL injury and female athletes. Another great thing I liked about this article is how it includes exercises for rehabilitation or prevention for ACL injuries and pictures of them as well.

What a great article, you truly did an amazing job keeping me entertained throughout the entire article! I have known a few people that have suffered an ACL injury, and am shocked to learn that something as simple as over-exertion can lead to this injury. It is so important to know how to prevent serious injuries such as this one, so thank you for writing this article and informing me as well as others!

Thank you for this article! It was very informative, and it is good information to know, especially for athletes. I know of a lot of soccer players that have torn their ACL, and I can only imagine how painful it is. Not only is it painful, but it is also very heartbreaking since the recovery process is long, and therefore requires time away from activity.

I cannot imagine the strength and mental fortitude it would take for someone to go through not only one, not two, but three ACL injuries. I tore mine a couple of years ago and can testify that the process is gruesome and extensive. I liked that you included the fact that such injuries do not only affect the person physically, but mentally and emotionally as well. Thank you for providing such a great take on an injury that is very common. Great job Makenzie.