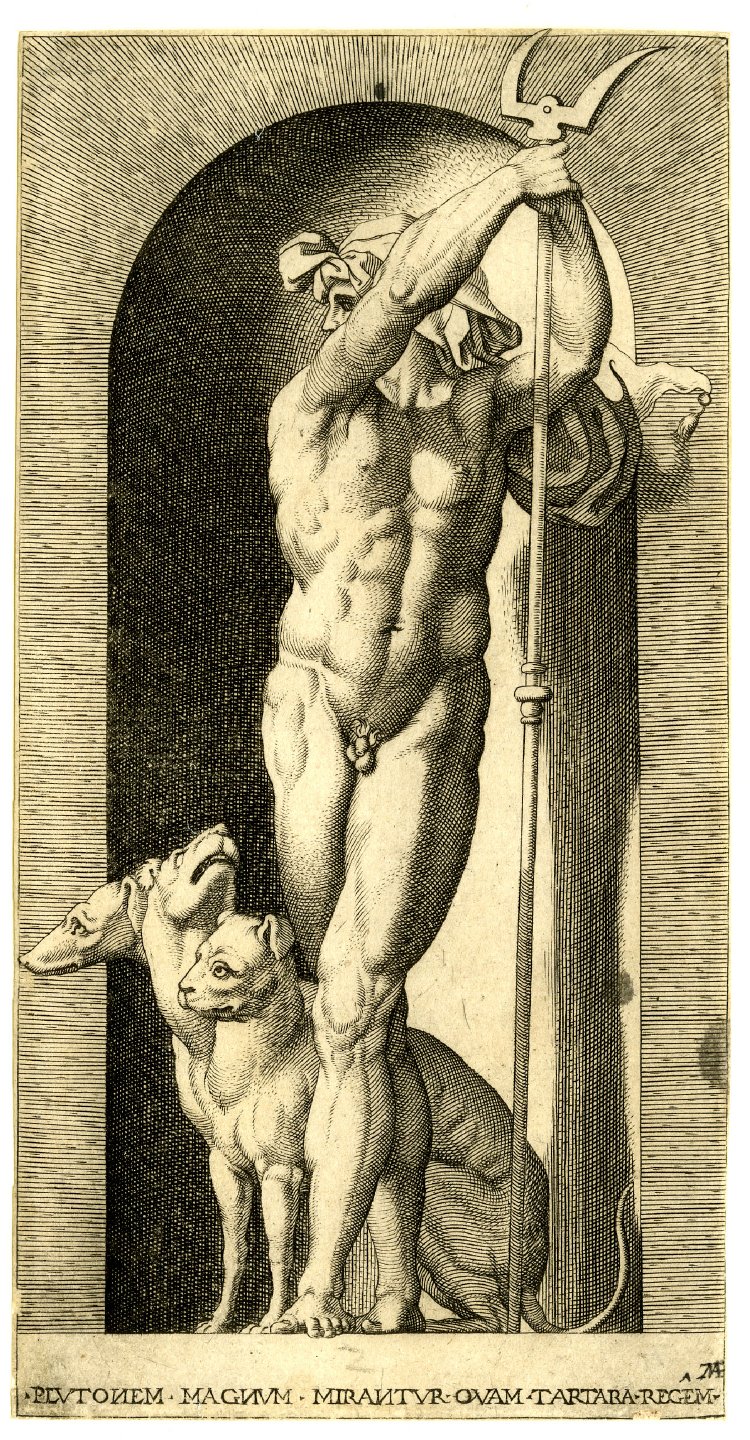 The people of the ancient Greek civilization were often in a state of weakness under the power of nature; therefore, they relied heavily on the divine individuals of Olympus. Why? They believed that the forces of nature were under the control of their gods. In short, the relationship between humans and divine beings was that of a retribution justice.3 If humans did anything to offend the gods, then those gods would strike back in some sort of fashion to restore justice.4 Therefore, humans were constantly looking to please the gods in fear of their wrath.

Out of the ancient Greek mythology came the god of the dead and the underworld, Hades. Hades had five other siblings: Zeus, Poseidon, Demeter, Hera, and Hestia, and they were all children of Cronus and Rhea.5 After defeating their parents (the Titans), Hades drew lots with Zeus and Poseidon to gain their respective domains. Hades was commonly thought to be a cold god, but he was never considered to be an evil divine figure. Furthermore, it is important to note that his realm, the underworld, should not be associated with the hell of Christianity.6 However, Hades was for the most part feared by all. Another name for the ancient Greek god was Ploutos and later adopted by the Romans as Pluto.7

The god of the underworld was the husband of Persephone (Zeus’s and Demeter’s daughter). Although she was Hades’ wife, she only lived with him during the winter time.8 Persephone was the divine goddess of agriculture and fertility. Therefore, the ancient Greeks accredited the change in nature (winter) to Persephone moving to the underworld. Persephone was unable to stay with Hades at all times due to interference from her mother Demeter. Zeus, however, was okay with the marriage of Hades and Persephone. Therefore, in order to set up the marriage, Zeus had to trick Persephone, so she could be abducted by Hades.9 However, Demeter interfered, and that is why Persephone spends half of the year with Demeter and the other half with Hades.

Greek conceptions of the underworld

Reading about Greek mythology is always interesting, whether it’s the drama between the gods and mortals or the stories that gave explanation to aspects of our world. I appreciated the explanation of the underworld, and how it wasn’t seen as a “hell” but rather simply the place where people went after they died. That being said, it was also explained that Hades was still feared and seen as a “cold” god, so perhaps the Greeks were still afraid of the uncertainty of death.

Ancient Greek mythology is fun and enticing to read. As Hades was the god of the underworld, he was usually mistaken as the symbol of brutality and cruelty. In fact, he was a benevolent deity, he talked to the people in the underworld to ease their pain, their loneliness. Even though he had kidnapped Persephone, he was very faithful.

This article does a good job of showing Greek beliefs as well as giving a background on Hades, God of the Underworld. Also, when describing the relationship of Hades and Persephone the author did a good job of showing how the gods often affected relationships with each other through trickery. Zeus played a part in Hade’s and Persephone’s relationship through trickery the same way that Hera would often trick the mortal offspring of Zeus when he wasn’t faithful, the most famous being Hercules.

This article reminded me of my sister how she would read me stores about greek mythology In our childhood.This article was able to bring to life the story of Hades and Persephone and their life in the underworld.It also brought up different beliefs that create mythology and make Hades story even more drastic.Being a fan of love stories myself Hades definitely doesn’t come to mind first but holds his place in that category.

I love mythology and lore of any culture or region of the world, but Greek mythology has always been one of my favorites. I read Percy Jackson as a child and was exposed to the ideas of the Greek Gods at a very young age. I also thought it was so fascinating how each God or Goddess was attributed to certain characteristics and had certain powers over different elements. Hades was always one of the most interesting to me because he is such a complex character with so much depth.

I love Greek mythology and its polytheistic beliefs. All the knowledge that I have from this topic comes from the movies of Percy Jackson. I have always found really interesting the story between Hades and the kidnapping of Persephone. I also liked that you explained how people believe that Hades was a bad god and, even though he was the most feared one of all of them, he was not the god of the underworld, although people think that it’s the same as hell.

This is a really neat article, George. I am big on Greek Mythology, and anything related to it is surely going to get me hooked. You did a good job talking about Hades and his story, and what the ancient Greek people believed about him all of those years ago. You had really good explanation, and you had rather good word choice and grammar. I wish the article was longer, but otherwise well done.

This is a great article showing a more in depth side of such a feared god. I have always figured that Hades was misunderstood in terms of how horrific he was. I am a big fan of Greek mythology so I appreciate that that you choose to write about a god through is widely know is often not talked about.

I really enjoyed this article. I feel like Hades is misunderstood, and seen as this evil being. When he just was misunderstood and got the bad end of the stick. I do like how you included Persephone in here as well. I also liked how you made the difference between Hell and the underworld. Great job!

I found this article very interesting! This was because some of the things that the greeks believed in a way have carried on into modern-day society. For example, they used to believe that if you did something wrong the gods would strike back against you; this is now known as karma. I also found it interesting the fact that Hades had to abduct Persephone in order to marry her. I really like how the author gave background information prior to only talking about Hades.