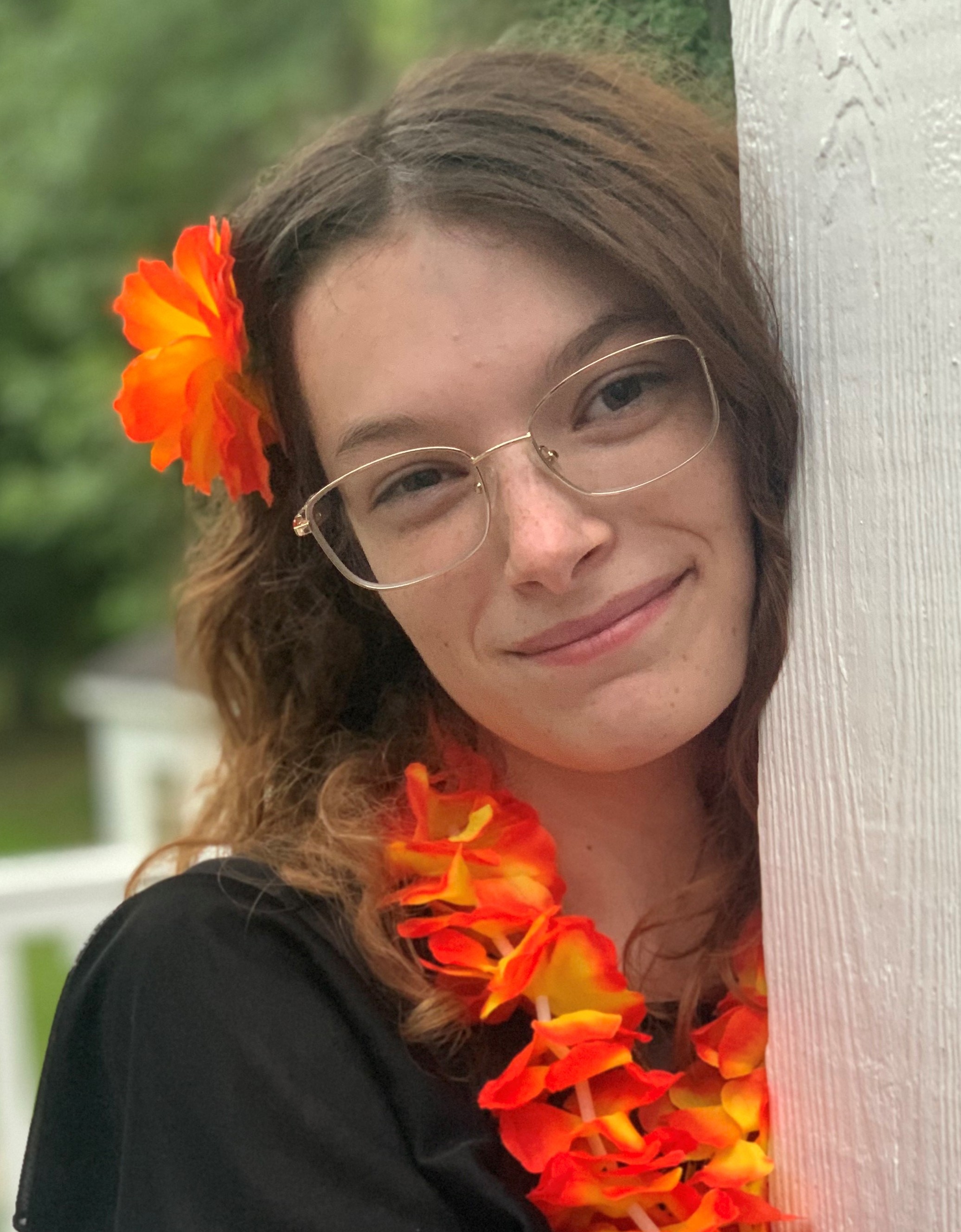 What do you think about when you think about math? Most likely, the image of a calculator begins to form in your mind. This is no coincidence: the calculator was created by mathematicians in order to help them compute long, tedious, and difficult algebraic equations or formulas. These systems are called Computer Algebra Systems (CAS).

Today, calculators are much more than tools used exclusively by genius mathematicians and scientists. Indeed, few people can make it through the educational system without using one, and this fact is especially true regarding our children. Finding its origins in the early 1990s, the calculator controversy began to spread across the nation. All at once, students were saying goodbye to the by-hand symbolic manipulation procedures that had previously dominated school mathematics instruction for countless decades. Some scholars at the time, including the widely-published M. Kathleen Heid and Michael Todd Edwards, argued that hand-held calculators provided classrooms with a richer approach to mathematics.1 However, there were those who held that calculators could damage, rather than improve, general education. Edward M. Gray, for example, argued that focusing on the many different cumulative strategic methods of mental math is more important to nurture than simple calculation. He was wary of the widespread implementation of calculators, as he believed that they had the power to sway the attention and subsequently cause a fall in performance.2 In addition to these viewpoints, the topic of disabled accommodation was also a common point of academic contention. The few studies done by other scholars seemed to point to technology as an aiding tool for those with learning disabilities and found that they generally equalized the academic standard of the classroom. Before long, however, the arguments in favor of calculators faded as it became clear that the implementation of the mathematics tools in classrooms began to cause children to have a less conceptual understanding of mathematics.3

The best way to organize this debacle is to look at why the calculator was implemented into general education in the first place. The CAS systems are also known as symbolic manipulators. Since the early 1980s, symbolic manipulation programs, or computer-based mathematics packages that perform exact arithmetic and symbolic algebra calculations, have been available for use by secondary mathematics teachers and students. The introduction of these systems into general education was originally seen as an open door to a possible shift from the emphasis on the traditional means of solution to a more nuanced and conceptual understanding of real-life aspects. Instead of wasting time by attempting problems that were near impossible to do on paper, one could now reach the same conclusion in a clear cut and understood manner in a matter of seconds. Shocked by their potential, scholars like Heid and Edwards believed that these systems could help bring about the creation of a richer approach to mathematics.4 Having access to classroom-available technological power, they claimed, enabled teachers to provide students with a whole new approach to mathematics and more solution-based classes, such as algebra. With the addition of the calculator to the classroom, students could hypothetically use symbolic manipulation, sense, and disposition all to reach an accurate conclusion. The process of learning mathematics would become one of paper and computer and could end with a better understanding of the underlying concepts of the subject. Defenders of calculators in classrooms would also point to the fact that the CAS keeps getting better and more advanced with each passing year as a reason to keep them in the hands of children. Pairing these powerful machines with conceptual learning, they argued, becomes increasingly important as society continues to advance, and children need to learn and adapt to the changes in the real world. Heid and Edwards acknowledged that this technology had the ability to change the way math was taught, and they believed that the CAS represented nothing more than an enrichment to the already existing curriculum.5

In addressing this line of reasoning, Edward Gray argues that the main focus should be on the conceptual understanding of mathematics alone. In his eyes, the calculator isn’t needed unless one finds oneself attempting to solve a near-impossible question. Branching off of this idea, Gray went on to argue that the focus on “learning how to solve” is being disregarded entirely by the widespread use of calculators. In constructing his argument, Gray gave many examples of how the average student from ages 7 to 12+ computes arithmetic. In his study, he found that the main methods of problem-solving were count-all, count-on, and known/derived facts. The use of cumulative strategies to solve almost any combination of addition, subtraction, multiplication, and division, was common throughout the classroom and observed in every student.6 Teaching students to use already understood concepts, Gray claimed, proved to be the most impactful method for their education. It was clear that those who used the methods listed above had higher performance rates than those who didn’t. It was also clear that not many students knew how to use derived facts, which is basically knowing to call back to past information. This is clearly a problem that needs to be addressed head-on before we even think of touching a calculator. While graphic calculators may nurture the problem-product linkages, the arena for further consideration must focus more sharply on the different types of thought that are brought to bear on mathematical activity by the able and the less able alike.7

Our dependence on calculators is made eerily clear by a popular study done by Bridgeman, Harvey, and Braswell. The study consisted of about a hundred college-bound juniors and had multiple levels of testing. Out of the total students, over 60% stated that they used a calculator almost every day, with only one student claiming to never make use of a calculator! The question remains, however: does the use of the calculator actually have any bearing on our abilities? The study attempts to answer this important query by testing students to find their average SAT-M test scores. After acquiring the scores, they then compared their results with the official results from College Board for college-bound seniors in 1991.8

This collection of data would represent the control or the base data that the researchers would utilize. After finding the control, they began adding stipulations to the test and subsequently observed how their actions affected the scores. They found that the use of calculators resulted in a modest score increase on a test composed of the type of mathematical reasoning found on the SAT, although effects on individual items ranged from positive through neutral to negative. The test also consisted of many different ethnicities and backgrounds, which caused the data to be a bit more skewed and less reliable as an overall conclusion. From the base data, the addition of calculators did not seem to drastically influence the overall scores of the experimental group of students. Instead, they were merely proven effective on conceptual problems by turning them into simple calculation routines and by benefiting low-scoring students. However, the removal of calculators altogether would actually benefit the high-scoring students. Thus, the study ultimately proved that it is impossible to make generalizing statements such as “calculators always improve scores,” because every student has a different level of understanding.9

The controversy of calculator use in pre-college math has been rampant since the first mention of the computer systems. As a result, there have been countless studies on the effectiveness of calculators and how they affect our overall understanding of mathematics. Although the idea of widespread calculator use is steeped in subjectivity, it must be affirmed that mental math is enhanced by knowledge of how to use calculators correctly. The calculator is supposed to encourage learning by bettering one’s general understanding of mathematical concepts—It makes concepts that are difficult to understand easier and quicker to learn. Regardless of one’s stance on the matter, each side agrees that mental math is a very important and crucial subject to learn as a young child. Without mental math, basic mathematics is very difficult and the child may even suffer in the long run. Calculators may be given out as accommodation for those with disabilities, but because they have an innate tendency to discourage the memorization of basic mathematical theory, they should be left out of the required supplies for the remainder of students. As evident in the study by Bridgeman, Harvey, and Braswell, the use of a calculator barely changed the overall scores of a variety of children in different grade levels. In fact, it may have made conceptual problems harder to solve because of common calculator errors. The best way to integrate calculators is to only include them in high schools so that prior knowledge is gained before students are given access to the tools. Looking through multiple studies, it is clear that calculators are not to blame. The educational system needs to regain its curriculum and use calculators as tools and not as crutches. Calculators are not the death of learning today, but they could become it if this blatant misuse continues.12