The Case of Thomas Cornell: Did He Murder His Own Mother? 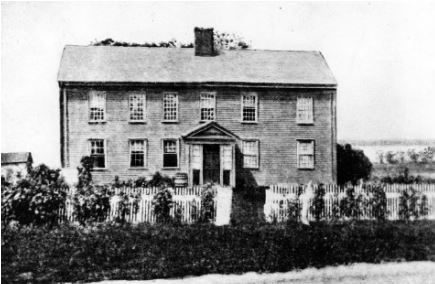 How tragic is it when an innocent person goes to prison or is wrongfully convicted and sentenced to death? Our judicial system is suppose to be fair. However, there have been numerous cases in which a defendant has been pronounced guilty, but is later found to be innocent. The case of Thomas Cornell is an example of this. He was sentenced to death for murdering his own mother, Rebecca Cornell. There is no evidence for the death of Rebecca, yet I argue that a jury wrongfully convicted Thomas. What happened to Rebecca Cornell that night remains a mystery. However, it is possible that Rebecca committed suicide, and it is also possible that a group of people from the outside broke in and brutally murdered her. These plausible scenarios are, in fact, more probable than is the case for Thomas, her own son, murdering her.

Seventy-three year old Rebecca Cornell’s last moments on this Earth have had to have been one of the strangest, most peculiar moments ever. In early February 1673, Rebecca was found burnt, with flames all around her, lying some distance away from the hearth in the downstairs room of her house when Sarah, Thomas’ wife, had asked their son to ask Rebecca if she wanted something to eat. However, when he went downstairs, he noticed Rebecca’s body so badly burnt that he almost could not recognized her.1 Hours before this occurred, Thomas had spent more than an hour talking with his mother when he decided to go upstairs with his wife and kids. He had left his mother peacefully sitting by a large fireplace in her bedroom smoking a clay pipe.

According to the jury, Thomas Cornell may have murdered his mother, but there are other plausible explanations for what could have happened that night. For one, Rebecca could have committed suicide. James Moills, a good friend of Rebecca, testified that on the day of Rebecca’s death, he had noticed that Rebecca had looked ill, and did not seem herself on the day of her death. He then said that he continued to check up on her throughout the day to make sure that she was okay. Rebecca was ill the entire day on the day of her death. This meant that Rebecca could have fallen by the fireplace by herself. Ill people tend to feel clumsy due to how bad their body is at that state, resulting in less self control.2

Another possible reason for what could have happened on the night of Rebecca’s death is that she could have been murdered by a person or a group of people because two days after Rebecca’s death, John Briggs, Rebecca’s brother in law, claimed he was visited by Rebecca’s ghost, who stated, “Twice sayd, see how I was burnt with fire?” Rebecca was trying to tell her brother-in-law that her death was no accident. She failed to accuse the specific person of her death, but told Briggs that it was someone. Briggs took his testimony to the court and told the officials what he had seen. In the seventeenth century, protestants believed that the spirit of a dead person would appear if there had been “an injustice that might not be detected by other means.” They believed that such a spirit’s appearance was God’s way of ensuring that a murderer would be exposed.3 This then helps me conclude that Rebecca could have been murdered by a person or group of people, because two doors are connected to Rebecca’s bedroom. One is connected to the inside of the house while the other is connected to the outside. People from the outside had access to Rebecca’s bedroom, and if executed promptly, a number of people could have gone into Rebecca’s bedroom and murdered her and been able to escape swiftly without anyone having known. But if a person or a group of people did this, why did they do it? Could it have been because of her family’s reputation?4

Thomas Cornell Sr. and Rebecca Cornell lived in Portsmouth, Rhode Island, along with their four daughters and three sons. They formerly lived in Boston, where they had planned to stay for the rest of their lives when they arrived from England in 1627. Thomas Sr. and Rebecca Cornell bought a house and 112 acres in Boston from William Baulston, a settler who abandoned Boston to go to Portsmouth, a new settlement Rebecca’s brother, John Briggs, along with other settlers had found.5 In 1640, Thomas Sr. and Rebecca Cornell’s family decided that it was best to leave Boston and move to Portsmouth due to a number of fines Thomas Sr. had received. The fines consisted of drinking heavily at the pinnace, selling wine without a licence, and selling beer above the maximum allowable price. As soon as they arrived in Portsmouth they were welcomed, and they immediately made Thomas Sr. a freeman meaning he was able to purchase land in Portsmouth and within a year Thomas Sr. had been granted meadow land and made constable of Portsmouth. In the next couple of years, Thomas Sr. prospered in Rhode Island. The Governor Kieft of New Netherlands awarded Thomas a tract of land in 1646, seven months before the town of Portsmouth allotted him 100 acres of land where his widow would meet her tragic death more than a quarter century later.6

The jury was wrong in accusing Thomas for the murder of his own mother. However, the jury’s information about Thomas that led to his conviction was mainly based on Thomas’s relationship with his mother. Their relationship was filled with bitterness and hatred that was badly fueled with financial conflict.7 Despite Thomas living in his mother’s household, Rebecca made Thomas verbally pledge that he would pay rent to her while also providing and paying for a maid to take care of her during her remaining years.8 To continue this bitter relationship, in Rebecca’s will, all of her estate was to be equally divided among her children, whom she listed by name. All of her sons and daughters received a part of Rebecca’s property, such as clothes, valuable objects, and even one of her daughters, Mary, inherited her mother’s gold ring. All the children except for Thomas was mentioned in Rebecca’s will. Even Thomas’s first wife was mentioned in her will. This was because Thomas was the only son living with his mother, along with his wife whom Rebecca loved. Unfortunately, Thomas’ wife died a couple years after Rebecca signed her will. Shortly after, Rebecca was asked as to why she did not live with any of her other children. She said that if she knew Thomas’ wife was going to pass, she would have left years ago.9 This shows how bitter Thomas’ relationship with his mother really was. Despite their relationship, this does not mean that Thomas necessarily murdered his own mother. Almost every human beings argues with their mother, its just what we do; however, we don’t go and murder our own mothers.

Although the case of Thomas Cornell was closed, it was never solved. The jury found Thomas guilty of murdering his mother, but his decision was not certain. The testimony suggests that Thomas had the opportunity to kill his own mother; however, that doesn’t necessarily mean he did. There was no one there to see the death of Rebecca, nor was there a murder weapon found at the scene. To this day, this mystery has not found the proper reason as to what happened to Rebecca Cornell for her tragedy on February 8, 1673.

The death of Rebecca Cornell

This is horrible (not the article, the story)! Why would a jury execute someone without any evidence? They even allowed testimony from someone claiming they saw the ghost of the victim? What?!? This article showed how messed up the trial is. They handled everything poorly. He should not have been executed or convicted without solid evidence. This is sickening that the government allowed this to happen.

I’ve never heard of this case before but I think the weirdest thing about it was the fact that Brigg’s mentioned he saw Rebecca’s ghost and said that the ghost said that she was murdered by someone and didn’t say who killed her. I thought it was crazy that the judge allowed this to happen as I imagine you can just lie about seeing the ghost to get away with something.

Read the book “Killed Strangely, the Death of Rebecca Cornell.” The simple autopsy of my 8th-great-grandma’s body revealed some injuries that looked like puncture wounds, but apparently modern science points to those possibly being the result of the impact of fire on the body, not necessarily anything my 7th great-grandpa Thomas Jr. did. Two months after Thomas was hung, his second wife gave birth to a daughter she named Innocent, who married a Borden and they are the ancestors of alleged Massachusetts ax murder of the late 1800s Lizzie Borden.

This article was so interesting. This article caught my attention because I have never heard about it before. I can not believe that he was accused of killing his mother. I found it disappointing that they had accused him off of just a few pieces of evidence and they did not do any further investigation. It is crazy to believe that they saw Rebecca’s ghost and it say that she was killed by someone, but did not mention who. I understand they had a complicated relationship, but it does not automatically mean that he killed his mother. This article was written very well.

I had never heard of the case of Thomas Cornell, nor did I know that he was accused and convicted of murdering his own mother. Because of this, I found the article very informative and enlightening because it provided me with new information on a topic I did not know existed. I like how the article focused on the possibilities of outcomes instead of just deciding Thomas was guilty because he was convicted. While I want to know the true killer of Rebecca Cornell, I also believe that the case will remain unsolved, especially because of how long ago the case was.

I grew up on Aquidneck Island and never knew about this case. This article is very interesting and has sparked my curiosity to learn more about R.I. History. Thank you.

I have never heard of this being a actual thing, neither about this or the guy they improperly accused of doing such acts. Early century US and life in these times were so harsh to one another and simple things can easily lead to someone getting crimes that today is insane to do to a person. It’s sad to see he died like this under false pretense but people are people in this society.

Juries are made up of people and people make mistakes. I agree with the author that Thomas Cornell was likely not guilty of killing his mother. To me, it seemed most likely that she was ill and fell into the fire on accident. It is strange to think that testimony about a ghost appearance made into a courtroom, but I understand it was a different time.

There is always so many cases where innocent people get locked up for years about a crime they probably did not commit because there was a lack of proof. Sadly these are one fo those stories, there was not any evidence that indicated thomas killing his mom, they only went on what terrible relationship they had. I think they could’ve kept up with the case instead of immediately finding thomas guilty for something he probably didn’t do.

I need to believe that my 8th Great Grandfather Thomas Jr. did not kill his mother….