Charles I of England: “The Headless King” 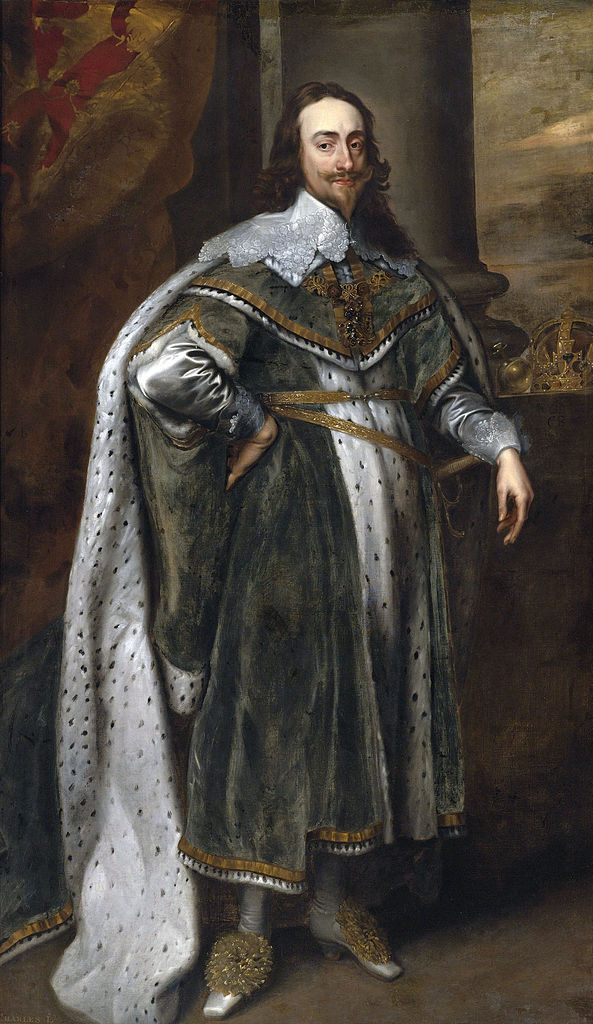 “I do stand more for the liberty of my people, than any here that come to be my pretended judges…I am sworn to keep the peace, by that duty I owe to God and my country, and I will do it to the last breath of my body…”1. This was only a small part of Charles I speech defending his kingship. These were his departing words as he was sentenced to death for treason.

Charles I was born on November 19, 1600 in Dunfermline Castle, England. He was the second son of James I of England. In his early years, Charles did not speak very much and he developed a severe stammer in his speech. He also suffered from rickets disease that almost led to his early death. With the negligence of his parents and the constant harassment from his brother, Prince Henry, because of his deformities, Charles developed signs of personality disorder. He had a tendency to lie a lot at a young age, which is not uncommon among children. In Charles’ case, however, it would be considered a weakness for a king.2

On November 6, 1612, Prince Henry had unpredictably died from a typhoid fever, which left Charles I next in line to the throne. Surprisingly, he was not too keen on the idea, and was upset when his elder sister, Elizabeth, had married and left England. He had to take responsibility as the next heir, but with the death of his mother in March of 1617 and with his father’s, James I, irritation for his son, he did not develop self-confidence during his adolescents.3

In 1625, he took the thrown and became the second Stuart King of Great Britain. Throughout his reign, he dealt with many controversies and quarrels, especially with Parliament. After ruling for three years, King Charles conducted expeditions to Spain and then to France. These expeditions were degrading failures and financial catastrophes. They forced the King to ask Parliament to vote to increase taxes, but the body refused.4 The King still collected the taxes to pay for the expenses despite the disapproval. The Parliament and the King were mostly in disagreement throughout his reign. After the assassination of the chief minister, Buckingham, in 1629, the King dissolved the Parliament. This meant that for the next eleven years the King governed without a Parliament.5 Unfortunately, he managed to rev up governmental expenses so there was an increase in forced loans, tonnage, ship money, poundage, and other extraordinary financial measures.6

The King wanted to rule his own way, and he did not want his authority to be defied by anyone. However, his ignorance did more harm than good. By 1639, the King’s policies had created complications with Scotland. With his taxes being raised without Parliament’s approval, it made his subjects feel uneasy, but not enough to start a rebellion. However, there is another factor that will lead to a rebellion, and that was his religious policies.7 In 1637, King Charles introduced a new prayer book in Scotland. It did not go as well as he expected. Hundreds of thousands of Scots were in an uproar against the king. They even went so far as to sign a covenant (some even with their own blood), that vowed to fight for their old religion. The King saw this uproar as the people going against his monarchy. He vowed “I will rather die than yield to impertinent and damnable demands.”8

By 1641, Parliament did not trust the King with his army. Their fears became a reality when the King attempted to arrest five of Parliament’s leaders on the charges of treason. Upon the scare, Parliament took the initiative and began to rally their military force in order to defend themselves. Charles then called on his loyal subjects to defend his right to rule as he pleased. Thus, the civil war began.8

The civil war lasted for five years. Charles commanded the military of Wales and the North. With his generals, Charles was able to win some battles but not the war. Parliament proved its mastery when it came to gaining support, raising funds, and maintaining naval control and military response. On May 5, 1646, Charles gave himself up to the Scots, who were the allies of Parliament. He was handed over to Parliament, due to his refusal to accept Presbyterianism. He later escaped to the Isle of Wight, but was shortly imprisoned there. During this whole ordeal, Parliament passed an act of treason towards any other negotiations with Charles. At this point, his fate was sealed and there was no way for Charles to escape this time.10

On January 20, 1649, the trial of Charles I began in Westminster Hall. The king refused to plea guilty, still fighting for his right. He never believed that the court had the legal right to try a king. All throughout his life the king had suffered with his speech, but at his trial he was able to give the finest speech of his life. Unfortunately, the court would have none of it, and on January 27, 1649, it sentenced Charles I to death.

January 30, 1649 was the execution day for King Charles I. He was escorted onto a scaffold with crowds surrounding the platform in Whitehall, London. He began a prayer with Bishop Juxon. Moments after, his time had come. The executioner raised his ax and beheaded the King.

King Charles I of England

History has shown that traditionally the second prince was widely neglected in favor for the heir apparent. However, in such times of communicable deceases and little known effective medical treatments, this always shows to be in error. Charles I was never groomed to be king, is it such a wonder that he failed so miserably? He was told he had supreme right to rule as he wished and did just that, to the detriment of his nation.

Although I learned about Charles I at my high school, I have never heard of such details of his life. Especially I did not know his youth, such as that he got harassment from his brother and that he often told lies. I thought that he was kind of poor man who was not understand by anyone around him when he needed to be.

I do not know much about kings or the history of those who have ruled Great Britain, so reading about King Charles I is definitely a first. I think this story highlights a lot of what it meant to be different during times like these and how illness and qualities that differed from the norm could drastically affect one’s life. Imagine how good of a ruler Charles could have been had he not been neglected by his mother and father or tormented by his brother. It leaves me to wonder just how many others suffered from being different.

A story like this a an excellent example of why monarchies should not be tried, and why they typically fail at some point. Being born into a family shouldn’t make anyone in charge of anything. Especially with said person having mental issues. These issues may have also been a cause of his strange desire to raise taxes and go on expeditions that were destined to fail from the start.

This article about King Charles I was very informative because I’ve never heard so much about him and how he didn’t want to be king after his brother died. I understand his reluctance to be king because his brother was trained and was born to be it but then he died and it was his turn and he kind of was just immersed into the job. From this he made terrible decisions from his expeditions to dissolving parliament. Which led to riots and a civil war against parliament that led to his execution in the end, it shows that if a person isn’t trained for the job and doesn’t want it it won’t go well in the end.

I never heard about the story of King Charles I of England, and it’s quite unfortunate that the king’s life had to end like this. Although he pleaded mercy and another opportunity to unite the United Kingdom, the people feared that the king would use his power to attack anyone that’s against him. I enjoyed reading the background life of King Charles I and his tragic end, because it had good evidence and information on why the King was killed and known as the “Headless King.”

King Charles I of England just sounds like a man who was thrown into the Throne with no real idea or concept of how to govern as a King and keep the people happy. His expeditions failed and cost him more money than he intended, he introduced foreign ideas into a population not willing to comply and seemed, overall, pretty unpopular among England. It’s tragic that he was executed, but when people’s freedom and liberty are at stake, it was a necessary step to take.

I do not look much into the history of England. However, I must say that what captivated me to read this article was the title. I believe that as a King, one has the responsibility to appeal to the general public and it is obvious that King Charles I of England did not do that. So as the author so accurately stated: “his ignorance did more harm than good” so at that point, there would have been no other alternative than to rid him of the throne. Overall, this was a very original topic and very easy to follow along. Great work.

Not everyone is capable of being a leader. King Charles I is a testimony for this. Unfortunately for him, the environment he grew up in was terrible and didn’t nurture him into becoming the type of individual that could lead any sort of country let alone a superpower like England. King Charles was really doomed from the start and had little to no chance to succeed.

Wild story. Wasn’t expecting the death at the end, but maybe I should’ve, given the fact that no one was a big fan of his from the beginning, and he was always wild and troubled, since the beginning. I would think that he was going to be a strong leader, given the fact that he was kind of strong headed, but that kind of worked against him. Maybe he was just in a bad time, with Parliament becoming more important than it was before with kings.

we were always enthralled with boody dynasties stories but this is the boodiest so far.it goes as far as the tudor dinasty and the cultural renaisance