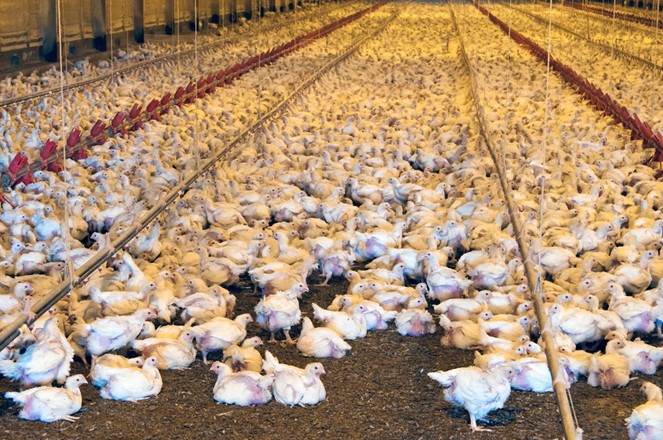 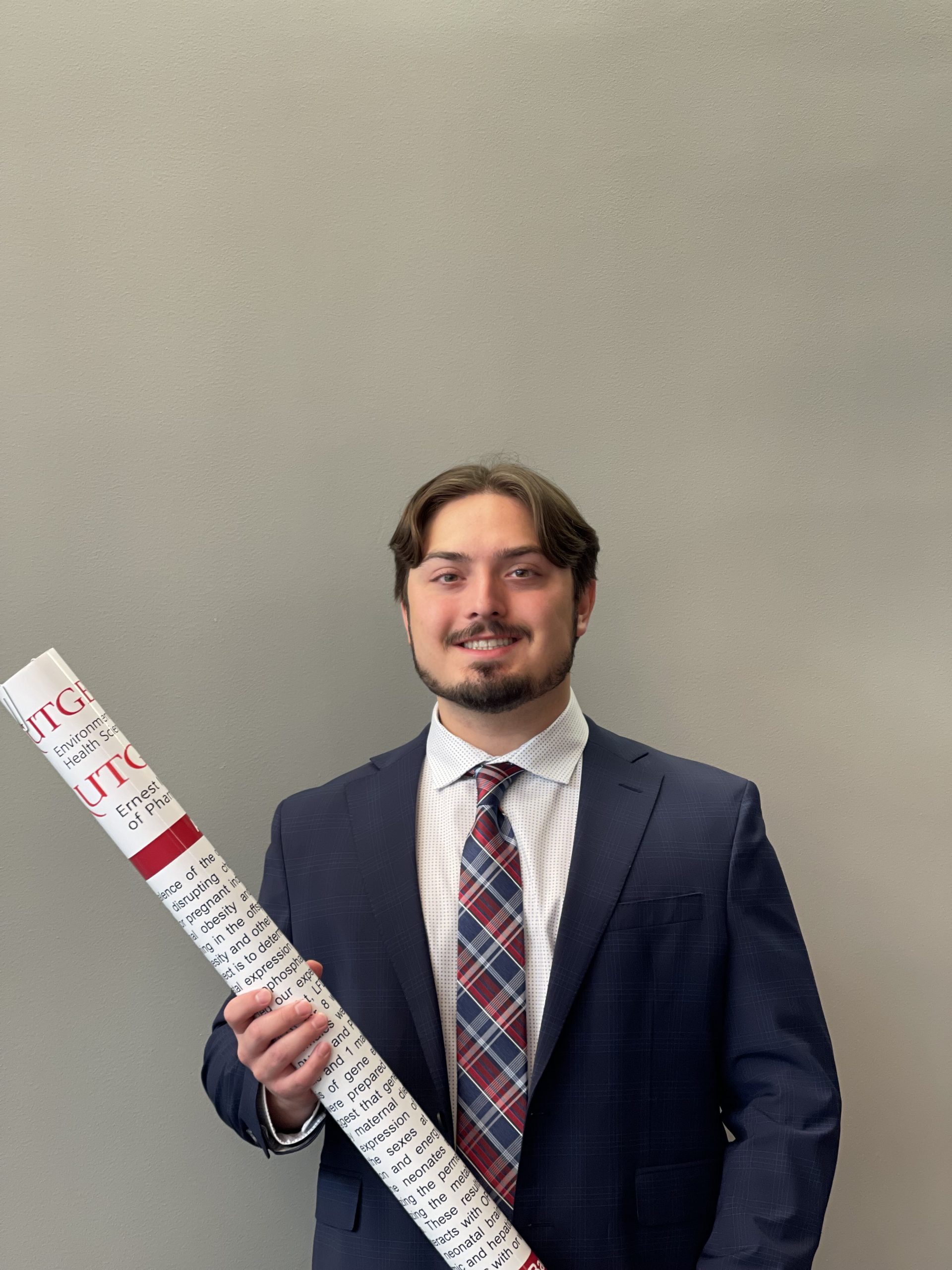 The United States of America is an ever-growing country in terms of total population and body mass index. A study conducted by the National Center for Health Statistics found that during 2013-2016, 36.6% of adults consumed fast food on a given day 1. Between the years 2013-2016, there was an average adult population of 245,929,765 million people 2. Meaning that on any given day 90,010,294 million adults were eating fast food.

In figure 1 below, the percentages of adults who consumed fast food are outlined.

With fast food being a staple in the American diet, America’s obesity epidemic has grown to astronomical numbers. We are fatter than ever. A primary contributor is our eating habits driven by fast food culture. With around two hundred thousand fast-food restaurants, it is more accessible than ever. A specific storyline currently unraveling in the fast-food culture is the “Chicken Sandwich Wars”. The Chicken Sandwich Wars seek to capitalize on a newfound American obsession with chicken sandwiches. As a matter of fact, “Americans consume more chicken (young meat chicken and fowl) than anyone else in the world – more than 97 pounds per capita in 2021 – the number one protein consumed in the United States” 4. Brands are driving consumers to their doors with the promise of the best chicken sandwich on the market. Top players include Chick-fil-A, Popeyes, and KFC. In addition, many other fast-food chains are joining the “Chicken Sandwich Wars” that do not necessarily offer chicken-based products, such as Panera Bread. However, fueling this new movement has brought chicken supply shortages, requiring us to reexamine our mass production of broiler chickens. This article will examine the ethical concerns of mass-producing modern boiler chickens, by looking at the quality of life, diet, selective breeding, and other factors regarding bioethics.

First, it is necessary to begin by looking at the deplorable living conditions when it comes to mass-producing broiler chickens. Back in 2018, “the conventional broiler chicken production generated over 31.7 billion US dollars, with over nine billion chickens slaughtered in the United States.” 5 This is across approximately 450,000 animal feeding operations (AFOs), according to the United States Environmental Protection Agency (EPA). According to the CDC, “AFOs are confined spaces where animals are raised. If an animal operation keeps animals confined for at least 45 days in a 12-month period and there is no grass or other vegetation in the area during the normal growing period, then it is considered an AFO. These operations are an efficient way for farmers and ranchers to maintain livestock. AFOs contain animals, feed, manure and urine, dead animals, and production operations in one combined land space. According to EPA, AFOs create more than 500 million tons of waste every year. Depending on water sources, AFOs can pose a potential risk for contaminating agricultural crops. It is important to ensure that AFOs are positioned correctly so that runoff does not impact nearby waterways, wells or other water sources” 6
. These facilities are used for their cost effectiveness. America is so proficient in raising broiler chicken that the “United States has the largest broiler chicken industry in the world with about 17 percent of production exported to other countries” 7.

To put things into perspective, the National Chicken Council says around 20,000 broiler chickens are given 1,486m2 grow-out houses 8. Based on those numbers, we can calculate an estimated average amount of space per chicken. Using the American imperial system, dividing 4,875.33ft2 by 20,000 broiler chickens gives us 0.24ft2 per broiler chicken. Further breaking this down, a box with an area of 0.24ft2 gives 5.88in per side for a broiler chicken to live. For a visual, Federal Reserve dollar bills are 6.14in long, so a square outlined by dollar bill edges gives little more than the area just calculated.

We give these broiler chickens this much-estimated space to live their lives. Truly, this is nowhere near the amount of space any chicken should be receiving to realistically live a healthy and sustainable life. It’s time for Americans to know the dark truth behind how chickens are farmed. Animal welfare concerns regarding chickens raised in these environments are numerous and primarily concerned with the chicken’s well-being. Most importantly, their physical and emotional stress, litter quality, increased microbial activity, risk of disease transmission, and proliferation of antibiotic-resistant bacteria are the top factors taken into consideration. However, we breed bigger chickens that can produce more meat in the shortest amount of time every year.

Next, we need to understand the genetic influences that have been made to alter the phenotype of modern broiler chickens. Below is a figure depicting the size increase in chickens from 1957, 1978, and 2005. Even though this figure is not from the same years previously mentioned, it is still an important model to show the magnitude of our influences.

As seen above, commercially raised boiler chickens took 56 days to weigh around 2lbs in 1957. Then, in 2005 in 56 days commercially raised broiler chickens took 56 days to weigh around 9.3lbs. This substantial difference in the ability to gain more weight in a shorter period of time only took 48 years to breed for. Also, the 2005 broiler chicken has much bigger legs than the 1957 broiler chicken. This is because they have been specifically bred to now have bigger and stronger legs to support their newly given bodies. The National Chicken Council justifies the rapid growth in an accurate yet ignorant manner. They say, “Chickens today are in fact bigger and grow faster! As the demand for chicken as a protein has increased, especially chicken parts like breasts or thighs versus whole birds, farmers have worked to create larger and healthier chickens to meet that demand. In the 1920’s, the average chicken at market weight was 2.5 pounds and the U.S. population to feed was 115 million. Through a number of improvements in breeding, nutrition, veterinary care and bird health, today’s chicken farmers are able to raise bigger and healthier birds faster – an average of about 6 pounds at market weight today, to feed the current U.S. population of approximately 320 million” 11.

Coincidingly, significant factors that determine an animal’s health during development, like breeding, nutrition, veterinary care, and bird health, have vastly improved. However, they fail to mention that multiple health issues have come because of their larger size. For example, it was only in the 1980s when the skin condition Footpad dermatitis (FPD) was first majorly reported in broiler chickens. “Footpad dermatitis is known by multiple names, such as pododermatitis and contact dermatitis, all of which refer to a condition that is characterized by inflammation and necrotic lesions, ranging from superficial to deep on the plantar surface of the footpads and toes” 12. Before the 1980s, the broiler chicken’s footpad was no concern to companies and was seen as scraps. Then as the chickens started advancing in size, FPD gradually worsened and is now “used as an audit criterion in welfare assessments of poultry production systems in Europe and the United States. Paw quality refers to the overall health of the foot, including toes and footpad. Paw quality has been shown to be affected by a myriad of factors including genetics, environmental factors, nutrition, and bedding materials” 13. It is almost ironic that these broiler chickens are constantly bred to have more giant legs because it allows them to bear more burdens from genetic influences.

The next time you get a chicken sandwich look at the size of the box it comes in. More than likely, it will be around the same size of space that chicken was given to live its life. Hopefully, it makes the sandwich a little less appetizing. Understanding the part every person plays in the role of creating a larger gap of sustainability for the United States broiler chicken production is crucial. Statistics have shown every year America’s consumption of chicken has increased and will continue to do so. Studies have also demonstrated that even if we were to switch to more sustainable chicken breeds and land use, consumption habits are still the biggest influence on sustainability of production. “Without a drastic reduction in consumption, switching to alternative breeds will lead to a substantial increase in the number of individuals killed each year, an untenable increase in land use, and a possible decrease in aggregate chicken welfare at the country-level scale. Pasture-based management requires substantial additional land use. These results demonstrate constraints and trade-offs in animal welfare, environmental conservation, and food animal consumption, while highlighting opportunities for policies to mitigate impacts in an integrated manner using a One Health approach” 14.

After all that the chicken industry has done and will continue to do to modern broiler chickens to make them grow faster and bigger, are we truly justified in the environmental impacts and genetic influences we have created for the sake of eating more chicken? Sooner or later, we will push these animals to their limits where their hearts can no longer support their bodies. America’s increasing love for eating chicken is not only hurting these poor animals; it’s impacting our environment. We each need to play our part and consume less chicken. This will help reduce the harmful environmental effects those animal feeding operations cause and lessen the inhumane breeding culture of modern-day broiler chickens.

I am a Biology major and a young scientist! I am also a St. Mary's University Honors Program member and an NIH MARC T34 grant award recipient. I was born and raised in San Antonio, Texas, with a big love for being outdoors.
Author Portfolio Page