Children without a Childhood: Child Labor During the British Industrial Revolution 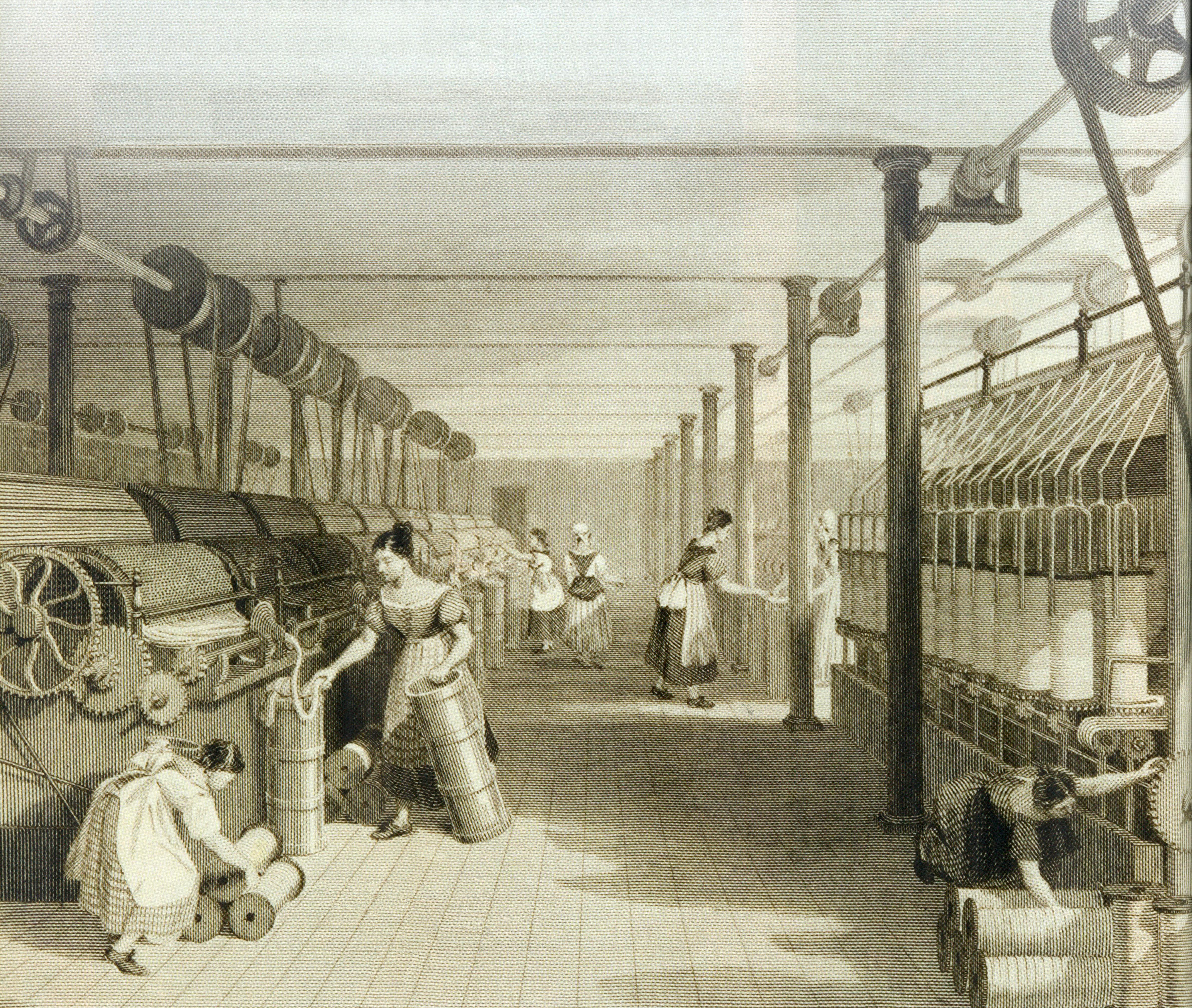 Children today spend five days a week going to school for eight hours. During the first half of the nineteenth century in Britain, this was not the case. Instead, children even as young as five or six would toil all day long in factories or in mines. They had no breaks, no time off, and no schooling. Their work often led to horrible accidents, children being injured for life, and children left without an education.

Children laboring, of course, did not start with the British Industrial Revolution. It had been a normal part of life in Europe since the middle ages, when children helped their parents on farms and with household work. The people’s perception of this work, however, changed during the Industrial Revolution, since that is when people began to see this new kind of labor, factory labor, as an injustice and even criminal.1

The Industrial Revolution began in Britain during the 1780’s and rapidly changed the work process and the social relations of work. Prior to the Industrial Revolution, most people worked directly in the production of food, usually as farmers on their own farms. When textile factories began forming in the new factory cities, instead of working on their farms and making what their family needed, people left their farms and moved into the factory cities to make a living. Factory conditions of work, however, were far different from the work rhythms of farm life. In fact, they were brutal in comparison. Factory workers would typically put in between 12 and 16 hour days, working for meager wages. The machines they attended were dangerous, and the workers were often on their feet throughout the day, with perhaps a half-hour break for meals. Among these workers were children, many of whom were as young as five or six years old. Children were valued as workers for their small stature and ability to climb into small places and do things that adults often could not do. This often resulted in mutilation and the loss of appendages for many of these children.2

Children were also valued as workers by the factory owners because of the low wages that they were paid. Men were paid the most in factories, followed by women and then children. These wages, however small, were needed by the families of these children simply to survive. The parents often sent their children out to work to help pay for rent, food, and otherwise help make ends meet.3

One reason that the British public became outraged by child labor practices was the fact that children in factories were not receiving an education. Horace Mann, an American educational reformer, stated:

No greater calamity can befall us as a nation than that our children should grow up without knowledge and cultivation. If we do not prepare them to become good citizens, develop their capacities, enrich their minds with knowledge, imbue their hearts with a love of truth and all things holy, then our republic must go down to destruction as others have gone before it.4

This represents the thoughts of the British at the time, which was being echoed in the United States during its own industrial revolution. People wanted to ensure the future of their nation, which starts with the young. They believed that children should attend school for at least a while.5 This led to several laws being passed to raise the legal age of work.

In 1833, the British Parliament passed the Regulation of Child Labor law to help improve the working conditions for children in factories. The Law limited the age of workers, saying that they had to be older than nine with an age certificate to prove it, and that children 9-13 could not work for more than nine hours a day. Additionally, children 13-18 were not permitted to work longer than twelve hours a day. Along with these work-hour restrictions, the law also made school attendance a two-hour requirement, and said that children could not work at night. Fines for breaking these rules were small, however, so they were frequently violated, often with impunity.6

Many other pieces of legislation were also passed to place limits on the gender, hours, and ages of workers. The Mining Act of 1842 prevented women and girls from working in mines, and the Ten Hours Bill of 1847 set ten as the maximum number of daily working hours for women and children. This act was hated by factory owners because they believed it would hurt the textile industry’s competitiveness worldwide. After these bills, others followed to ensure their effectiveness, and to ensure that they would be properly implemented.7

By 1900, the minimum working age had been raised to twelve years of age and child labor had decreased drastically in Great Britain. However, the introduction of legislation against child labor provoked its share of protests as well. Because of these protests, Parliament established commissions to collect evidence of abusive practices. These were called the Blue Books or Sadler Reports. They interviewed children, parents, factory workers, owners, and even doctors on the condition of children in textile factories. Unsurprisingly, the reports uncovered a range of serious abuses by factory owners and overseers. Unfortunately, most critics just said that the claims were exaggerated in order to continue their money making practices.8

The legislation surrounding the British Industrial Revolution had become very effective by 1900, and child labor and its accompanying abuses had decreased dramatically. By 1900, most children were attending school instead of working in factories. The laws passed finally added up to changing British child labor to being closer to what we see today, a mostly child-free labor system, with children going to school and adults having regulated working hours.