Craigslist and Backpage: The Websites Used for Sex Trafficking 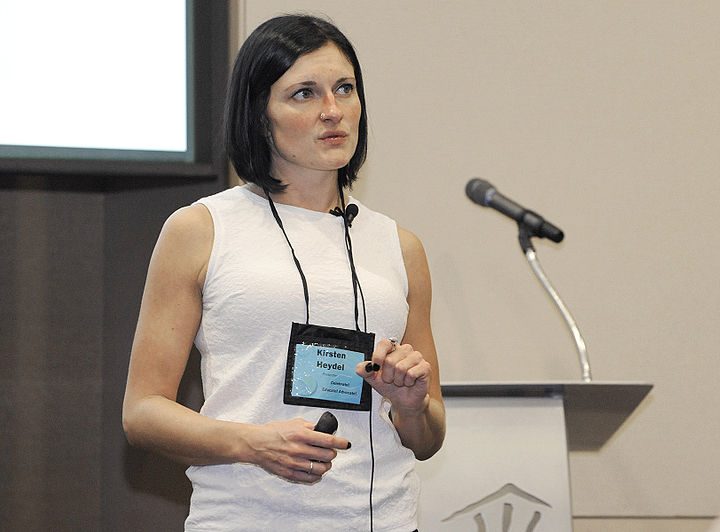 Have you ever wanted to make some easy money by selling your old stuff? Thanks to websites like Craigslist and Backpage, you can. Both Craigslist and Backpage are two of the largest classified advertisement websites. They allow you to search for and sell items in and around your local area. They even give you the option to post advertisements for job listings, events and activities. Craigslist was founded in 1995, and Backpage was founded in 2004.1 Craigslist is owned by its founder Craig Alexander Newmark, and Backpage was formerly owned by Village Voice Media and was run by its former CEO Carl Ferrer. Backpage is now owned by a Dutch company called Atlantische Bedrijven CV.2 These websites may seem like a harmless way to look for products and services, but the truth is these websites had a personal ad section that made it easy for young girls and women to be sexually exploited.

The personal ad section on these websites allowed for people to meet men and women in their area. Typically, these ads were used to find someone to date or with whom to have casual sex. Although these personal ad sections were intended for people to connect and interact with other persons, they were misused. These ads turned into the perfect platform for pimps and traffickers to promote the sale of women and children for sex. As shocking as it sounds, research has shown that the internet is a common tool for sex traffickers to use. Using the internet allows traffickers to reach a larger number of potential clients while eluding law enforcement.3 For them, the internet is the safest way to make money. The service providers Craigslist and Backpage, however, did nothing to stop people from using their websites in this way. Instead of preventing the ads from being posted or taking them down, they published them.

Several people filed lawsuits against Craigslist and Backpage because they wanted these websites to be held liable for publishing sex ads.4 After being faced with backlash, Craigslist and Backpage agreed to implement some requirements for their advertisements. In 2008, Craigslist required a fee for those persons posting in the “adult services” part of their personal ad section. The fee ranged between 5-10 U.S. dollars per ad. People would need to use a valid credit card and provide a verifiable phone number. This requirement, however, did not have much of an impact. Many traffickers simply used fake credit cards and phone numbers to pay the fee.5 Through these fees, Craigslist and Backpage made a huge profit. Craigslist made $44.6 million from their adult services advertisements and Backpage made $24 million.6 Their adult section, however, was the only one with a fee attached. To get around the fee, people would simply post their sex ads in other sections. Another attempt made by Craigslist and Backpage to reduce the chances of sex trafficking was removing posts with words such as “sexy” and “young.” This also proved to be ineffective. People would use code words so that their ads would not be removed. For example, pimps and traffickers used words like ‘new’ to indicate that the girl was a minor. Backpage even helped to edit advertisements by changing the words so that they would not get flagged or reported.7 The websites changes were not effective in reducing the number of sex ads posted. Craigslist and Backpage still failed to consistently block ads for illegal activity such as sex trafficking.

Many women and children were trafficked through these websites. In one case, three young women were repeatedly raped while they were minors when they were sold through Backpage’s website. Each of these victims filed a lawsuit against Backpage back in October 2014. This case is known as Doe v. Backpage.com. The lawsuit claimed that the classified ad company had engaged in sex trafficking of minors. They argued that the websites were engaged in trafficking since they did such a poor job in governing the content of the ads being posted. The U.S. Court of Appeals for the First District ruled in favor of Backpage and held that Backpage was protected under U.S. Code Title 7 Section 230, more commonly known as the Communications Decency Act (CDA). 8

] The purpose of the CDA is to regulate interactive computer services. The CDA makes it the policy of the United States “to preserve the vibrant and competitive free market that presently exists for the Internet and other interactive computer services” and “to ensure vigorous enforcement of Federal criminal laws to deter and punish trafficking in obscenity, stalking, and harassment by means of computer.”9

In their decision, the Court of Appeals argued that by claiming that Backpage facilitates sex trafficking through its posting rules, you are treating Backpage as the publisher of the content which the CDA prohibits. Section 230 subsection (c) states, “No provider or user of an interactive computer service shall be treated as the publisher or speaker of any information provided by another information content provider.”10 The Court believed that Backpage should not be held responsible for what its customers convey on its website. Just a year prior to this case, another lawsuit was brought against Backpage. This case was Backpage.com, LLC v. Cooper. In this case, just like in Doe v. Backpage.com, Backpage argued that they had no knowledge of the content posted on their website. The Court ruled that their classified ads were protected under the First Amendment of the Constitution. They argued that it is unlawful to censor an entire category of speech on a website. They also stated that it would place “an impossible burden” on Backpage to review the millions of ads posted on its website.11

Just like Backpage, Craigslist was faced with numerous lawsuits. Those who brought lawsuits against Craigslist wanted them to be liable and accountable for allowing such advertisements to be published on their website.12 Many advocates fought hard against these two companies. They wanted the sex advertisements on these websites to be criminalized, and to put an end to the use of online classified ads to exploit both adults and children.

The most recent legislation dealing with online sex trafficking was introduced by the Senate. Earlier this year, it was passed by Congress. This piece of legislation is an anti-sex-trafficking bill known as the Stop Enabling Sex Traffickers Act. This act is an exception to Section 230 of the CDA. This Act states, “section 230 was never intended to provide legal protection to websites that facilitate traffickers in advertising the sale of unlawful sex acts with sex trafficking victims; and that clarification of section 230 is warranted to ensure that that section does not provide such protection to such websites.“13 Essentially, this Act allows for sex trafficking victims to sue the websites through which they were trafficked. As a result from the passing of this bill, Craigslist shut down its personal ad section; however, this website remains active today. Backpage, on the other hand, was seized by the FBI and it remains seized to this day. Although action was taken against these websites, there are still several other active websites similar to Craigslist and Backpage. Those who relied on the two sites for sex trafficking have turned to other places on the internet. Shutting down sex advertisements in these cases have not stopped pimps from trafficking young girls and women online; it has just moved their operations to other providers. Despite efforts to target and censor websites like Craigslist and Backpage, trafficking displacement is an inevitable consequence.14 The FBI, however, is making an effort to monitor different forms of illegal activities online, especially sex trafficking. One way we can help fight online sex trafficking is by going after those websites that allow it to happen. If you go to the FBI website, you will find information on how to report instances of human trafficking. The FBI informs us to call the National Human Trafficking Resource Center (NHTRC) if we believe that we are a victim of a trafficking situation or if we have information on a potential trafficking situation. We can reach the NHTRC at  1-888-373-7888, where we can talk to specialists who answer calls at anytime from anywhere. 15 Do not be afraid to seek out help or to report what you believe may be a trafficking situation. Let’s help put an end to online sex trafficking!