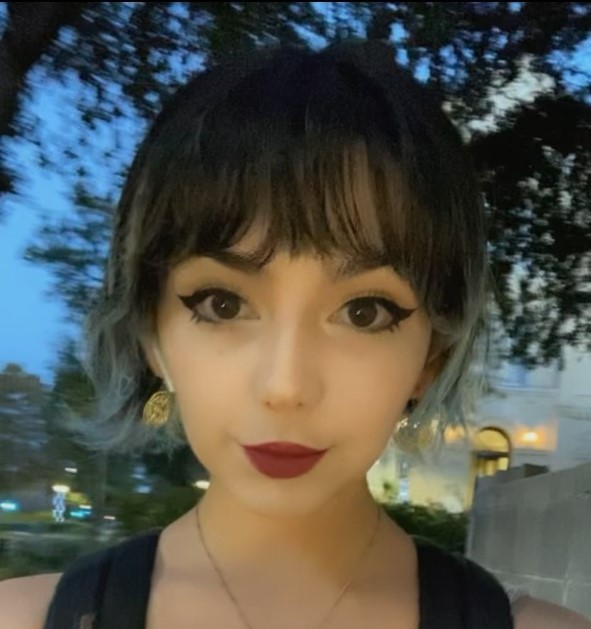 It was the night of June 28, 1984. Jennie Vincow, a 79-year-old mother, had seen her son the day before and was getting ready to go to bed as she did each night. However, little did she know, she would not be waking up the next morning. That was the very night Richard Ramirez would begin his horrendous killing spree as “the Night Stalker” in the Los Angeles area. Richard, in a cocaine-driven state, entered and attempted to burglarize the home of Vincow, but when he was unable to find any valuables worth stealing, he brutally slashed her throat, nearly decapitating her. He then raped Vincow’s dead body before escaping into the night unnoticed.1 A murder as brutal as this one was only the beginning of Richard’s plunge into a vile cycle filled with murder, rape, and terror, including the murdering of thirteen people and sexually assaulting eleven women.2 However, what could possibly have caused Richard Ramirez to turn into such a monster?

Richie, as his family called him, was born in the sun city El Paso, Texas to two immigrant Mexican parents, Julian and Mercedes Ramirez.3 During Mercedes Ramirez’ pregnancy, she worked at a boot factory where she would often have to work and breathe in dangerous chemicals all day long. This caused her to have many difficulties while she was pregnant with him; she frequently had to get hormone injections because her body was rejecting the child. Nevertheless, Mercedes was able to give birth to a healthy baby boy. Born the youngest of five siblings, Richard often looked up to his older three brothers and formed a tight connection with his sister at a young age. As a baby, Richard “was a good baby, [he] didn’t cry much, [and he] ate & slept well.” Ruth, his older sister, was particularly fond of her younger brother and would often dress him up and play with him. She considered him her “little doll” that “would be different than her older brothers” who teased and roughhoused with her; her brothers were known to be aggressive and had short tempers like their father.4

Tragedy struck the Ramirez household when two-year-old Richard was nearly killed by a dresser falling on his head. Young Richard was always fond of music and listening to the radio, so one afternoon while being watched by his babysitter, he begged her to turn on the radio for him. After she continually refused to do this for him, Richard thought he would do the job himself. The small two-year-old waddled into his parent’s bedroom to reach the small radio on top of their long wooden dresser. However, Richard was much too small to reach the radio sitting on top; instead, he opted to climb the dress through the open drawers to reach his goal. As his small hands and feet climbed the tall dresser, closer and closer to the radio, the dresser decided it could not hold the weight of the boy. Richard came tumbling down with the dresser over him, bashing his forehead open and knocking him unconscious for fifteen minutes, all the while bleeding profusely. Quickly, his babysitter dialed his parents and transported him to the nearest hospital where he received 30 stitches and was diagnosed with a concussion. However, this would not be the last major head injury Richard was to suffer.5

When Richard was five years old, he went to the local park with his older sister, Ruth, and his older brother, Robert. Excited to see his sister who was already swinging, Richard ran to Ruth. Unable to stop herself in time from swinging, she “slammed into his head with terrific force, knocking him out and giving him a deep gash.”6 Richard was once again knocked unconscious and taken to the hospital. A year later, now age six, Richard began to have epileptic seizures and was diagnosed with “Temporal Lobe Epilepsy,” and he would continue to have seizures until his early teens. People diagnosed with temporal lobe epilepsy often showcase “altered sexuality, hyper-religious feelings, are hypergraphic, and are excessively aggressive.”7

The most notable influence over Richard in his developing years was his older cousin Miguel, a former Green Beret who served in Vietnam. At age twelve Richard began to spend time with him when he returned home from his service. To Richard, Miguel was a real-life hero who fought in the name of freedom and returned with several medals pinned to his chest. Miguel would often show Richard the polaroids he took in Vietnam of Vietnamese women forced into performing fellatio at gunpoint on Miguel. He would then show Richard a photo of him holding those same women’s decapitated heads.8 Richard later recounted that he was oddly sexually aroused by these images, even though he knew they were wrong. Richard quickly came under Miguel’s wing. On afternoons, Miguel would train Ramirez in military tactics he learned while in Vietnam; how to be stealthy and how to kill another human being effectively were all lessons Miguel taught Richard.9

May 4, 1973 was a night Richard would never forget. It started as every other evening did, with Richard over at Miguel’s house smoking pot and playing miniature pool, when he reached into the fridge for a cold drink. While grabbing the drink Richard noticed a .38 caliber inside the fridge. Stunned by his discovery, Richard asked Miguel what the gun was doing inside of the fridge; Miguel quickly dismissed him and told him he might be using it. Later that night, Miguel’s wife came home after grocery shopping, complaining that Miguel didn’t have a job; this was a fight they often had. Calmly, Miguel walked over to the fridge, pulled out the gun and shot his wife at point blank range. Richard stood stunned before Miguel ordered him to leave the scene and not tell anyone what he had witnessed. Richard walked back to his own home, saying nothing to any of his family members or law enforcement. Miguel was captured for the crime but not charged because he pled insanity, citing that he had not gotten proper psychological treatment after the Vietnam War. But that was the first time Richard came into contact with death personally, specifically the death of someone he knew well. Richard years later recounted that “it was the strangest thing… I knew her… she was dead, murdered, gone.”10

When studying Richard’s childhood years, it is clear he had all the ingredients to become a serial killer. From the devastating head injuries that left him mentally impaired to the overwhelming negative influence of his cousin Miguel, one can clearly see that Richard’s childhood greatly affected the way he grew up, later to become the horrendous Night Stalker. From Richard Ramirez case, one can learn what it takes to create a murderer and how an adolescence’s development can influence the human mind.

Claudia Sanchez is currently a student at St. Mary's University majoring in Public History and graduating in May 2022. Born and raised in South Texas, Claudia is closely connected to her community's history and aims to share histories untold and bring to light new information that serves her community. She plans on attending law school after graduation.
Author Portfolio Page