Escaping the Inescapable: Morris and the Anglin Brothers’ Escape from Alcatraz 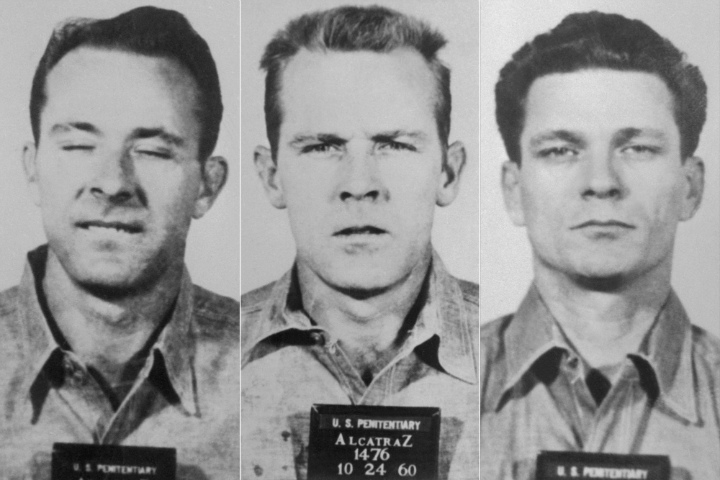 Today, Alcatraz prison stands desolate in the San Francisco Bay, serving as a tourist attraction. Although the setting is tranquil, things were not always like this. Created for the sole purpose of housing the nation’s most dangerous criminals, it was designed to be inescapable. That is, of course, until three men, Frank Morris, Clarence Anglin, and John Anglin set out to prove everyone wrong, and escape Alcatraz.1

All three of these men were seasoned criminals. Frank Morris had spent his youth bouncing from foster home to foster home. Lacking guidance, Morris turned to crime before the age of thirteen. He was repeatedly arrested for narcotics possession and armed robbery, and while serving a ten-year sentence for robbing a bank, he escaped the Louisiana state penitentiary. Authorities knew that Morris was extremely intelligent, and after this escape, he was sent to Alcatraz in 1960. On the other hand, John and Clarence Anglin grew up in Florida working on farms with their family. These two brothers were inseparable as children, and in the 1950’s, they began robbing banks as a team. While serving a similar sentence in the Atlanta penitentiary, the pair tried and failed to escape multiple times. These attempts earned them a reputation as troublemakers, and consequently, led to them being sent to Alcatraz. John arrived at the end of 1960, and Clarence arrived at the beginning of 1961. Upon arriving, there seemed to be nothing special about these inmates. They were repeat offenders with a reputation for troublemaking. However, it only took them one year to become arguably the most famous prisoners that inhabited the Alcatraz Penitentiary.2

The federal prison on Alcatraz Island that has been popularized by the media was established on August 22, 1934. However, Alcatraz has a long history prior to the prison’s founding. Located in the middle of the San Francisco Bay, and one mile away from the shore, the island of Alcatraz provides a 360 degree view of the surrounding bay area. In the mid 1800’s, gold was discovered in California, during the time period now known as the California gold rush, and people flocked here from all over world in hopes of acquiring wealth. However, they feared that the new found riches would lead to an attack on San Francisco. Recognizing the strategic positioning of Alcatraz Island, the United States government took control of the island. It was here where, in 1854, the U.S. government finished building the first lighthouse of the Pacific coast, and in 1859, they completed construction of a fully equipped fort. The island continued to be used as a fort until 1861, when the American Civil War began. Siding with the Union, the fort was transformed into a makeshift prison where war convicts and people against the Union were sent. Even after the Civil War, the island continued to be used by the U.S. military as a prison for convicted soldiers, and in 1907, the army officially made Alcatraz a military prison. It was not until 1933, that the army left the island, and the federal government took over and transformed it into the prison so well known today.3

Alcatraz became America’s first maximum security prison in 1934 when the doors officially opened for the nation’s most dangerous or notorious inmates. Among these were Al Capone and George “Machine Gun” Kelly. Although they were both infamous gangsters from the prohibition era, Al Capone was sent here for tax evasion, while George Kelly was convicted of kidnapping the rich Charles Urschel and holding him for ransom.4 Alcatraz also held less famous, yet equally dangerous men, such as Robert Stroud, James Bulger, and Albert Bates. The prisoners sent to this island were the worst of the worst, so it would make sense that this island be escape-proof. One of the key factors that contributed to this was its location. The island is situated in the middle of the San Francisco Bay, which is notorious for having extremely powerful tides and currents. These currents have the strength to pull men out to sea, or to toss them into the ocean. Normally this would not mean death, but the water in the bay is shark infested, and so cold that being in it for more than a few minutes can cause hypothermia. Together, the security in the prison and the treachery of the Pacific Ocean led many to believe that Alcatraz was inescapable.5

Frank Morris and the Anglin brothers were out to prove everyone wrong. Together with an accomplice, Allen West, the men began to execute their plan in December of 1961. Due to his extreme intelligence, Frank Morris is believed to have been the mastermind behind the ingenious plan. All four men chipped away at the ventilation ducts in their cells using stolen spoons and nail clippers. This process took months, since the tools were so small, and they hid their work from the guards using elaborately camouflaged cardboard cutouts that perfectly blended into the walls. Once the men were able to fit through the ducts, they set up a workshop on the roof of their cell block, which was an unguarded piece of the prison. They would take turns keeping watch with a homemade periscope while the others worked on stitching together about fifty raincoats into a raft and making paper mâché dummy heads that resembled them to place in their beds and fool the guards. After about six months of planning, everything came together on the night of June 11, 1962. Morris and the Anglin brothers placed the dummy heads on their beds upon lights out, and they crawled up to their workshop. Although Allen West was also in on their plan, the cover of his ventilator duct got stuck. Therefore, he was not able to leave his cell, and was left behind.6

In the meantime, Morris and the Anglin brothers took their gear, and they climbed up to the roof of the prison. This was at least thirty feet high, but sliding down a kitchen vent pipe, the trio was able to get down safely. They then proceeded to climb the fence, and took off in their improvised raft. This incredible feat was performed undetected, and it was not until the lights went on the next morning that guards noticed they were missing. Immediately, a massive manhunt began, but it was too late. The men were nowhere to be found.7

This was not the first time that prisoners had attempted to escape Alcatraz. In 1946, there was another high profile, yet less commonly known case referred to as the Alcatraz prison riot of 1946, or the Battle of Alcatraz. On May 2, 1946, Bernard Coy set his escape plan in action along with Joseph Cretzer and Marvin Hubbard. They planned to overtake the prison. In order to do this, they took two guards hostage. They then freed the other prisoners, some of whom chose to participate in the revolt, and they searched for the key to the yard, since this was their intended mode of escape. However, the hostage guards refused to surrender the key, so the prisoners were trapped inside the building while marines surrounded the compound. In a standoff that lasted two days, this escape attempt was officially foiled on May 4, 1946. In the end, the three leaders were killed, as well as two prison guards. Two inmates were later sentenced to death for their involvement, and a total of fifteen others were injured.8

Although a search ensued for Morris and the Anglin’s, the men were never found, and many theories have subsequently emerged. In their official investigation, the FBI found it extremely unlikely that the men survived, and they concluded that they men drowned in the bay.9 Due to the violent nature of the San Francisco Bay tides, most presumed this to be true. However, experts believe they could have survived depending on timing. If they left between 11:30 PM to 12:00 AM, then the tides would have pushed them to shore. However, leaving at any other time would have meant being swept out to sea or tossed into the ocean. There is conflicting evidence whether the men actually made it to shore. According to West, the man left behind, the plan was to steal a car once on the mainland. However, the FBI never uncovered any thefts in the area during this time. A few days after the escape, authorities found the life raft constructed of rain jackets on a nearby island, Angel Island. Then about a month after, a fishing boat reported a body floating in the bay, but authorities were unable to identify the body.10

Although this paints a bleak picture for the men’s escape, family members of the Anglin brothers have reported receiving flowers or cards on special occasions. In addition, a nephew of the Anglins has turned into authorities a picture of two men believed to be the Anglin brothers on a farm in Brazil; although the resemblance is visible, forensic analysts were unable to confirm this theory.11 Skeptics believe the family has constructed these stories. More recently, in 2013 a letter reached the police supposedly from John Anglin claiming that all three of them survived that night, but just barely. He claimed that Clarence died in 2011, Morris in 2008, and that he had cancer, but would turn himself into police in exchange for medical treatment. The FBI closed the case about seventeen years after the infamous escape, but due to this letter, the case has since been reopened. There is no word whether the FBI followed this lead, but there have been no arrests since.12 Although much attention has been paid to the brothers, there have been no theories mentioning what might have happened to Frank Morris.

Whether the brothers and Morris survived their escape or not, they made it farther than anyone ever had. Together, these three masterminded one of the most daring escapes in history, yet their fate remains unknown. They are now immortalized, and many movies have been made based on their escape, such as Escape from Alcatraz, starring Clint Eastwood. This is one of America’s greatest mysteries, and the answers might not even lie in America. More than fifty years later, it is impossible to not speculate that these men might still be alive and in hiding.