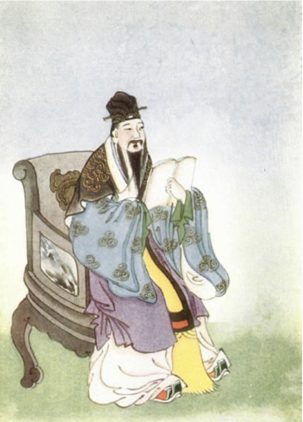 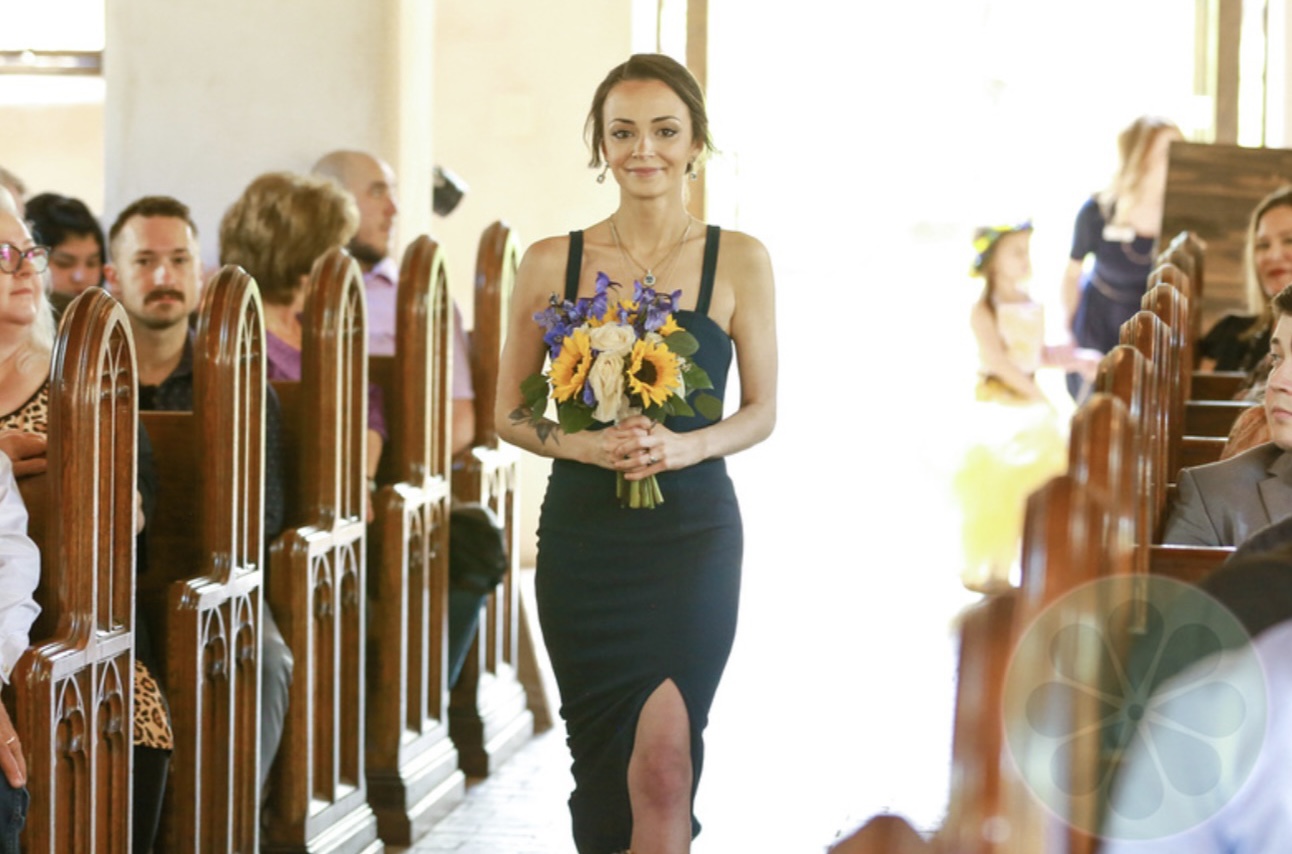 Based on the analysis of Mozi’s jian’ai (c. 480-390 B.C.E.) and Confucian filial piety (Confucius 551-471 B.C.E. and Mengzi 300’s B.C.E.), both schools conveyed ai, “care,” differently. Mozi and Mengzi lived during the Warring States Era (401-221 B.C.E.), a time of poverty and desolation. As part of his philosophy, Mozi sought to eradicate inequality and poverty in accordance with the urgent conditions of this era. Accordingly, Mozi believed that impartial (material) care was essential.1 In Mozi’s doctrine of jian’ai, impartial caring, impartiality implies an absence of bias and favoritism. Care is meant in terms of material and resourceful support that is distinct from feelings or emotions that motivate someone to care.2

Furthermore, my argument is that filial care is a more successful model of caring due to its realistic assumptions that integrate every part of human consciousness and experience (emotions and logic that motivate behavior), in its summation, rather than ‘impartial care’ which only considers the material aspect of caring.3 Further, I argue that emotions are (1) a necessary part of assessing human caring behavior and (2) partial by nature.

Mozi (Mo Di) and Confucians like Mengzi (Mencius) and Kongzi (Confucius) had unique views of ai, caring. Compared with Mohist philosophy, Kongzi’s and Mengzi’s (Confucian) philosophy placed a greater emphasis on individual cultivation suitable for the individual’s well-being, including their family’s well-being. While Mengzi was very concerned for the populations’ collective well-being, Confucian’s generally argued that the well-being of a population was determined by the cumulative well-being of its members. Mengzi and Kongzi were more concentrated on the particulars of individual relationships and behaviors and how those work together to create a desired large-scale result. They believed that if everyone cared in ways that fulfilled their filial obligations, obligations to one’s family, this would accumulate and the well-being of a population would all be taken care of.4

Caring according to filial piety, xiao (孝), or filiality, consists of more than just material support, it requires two components: filial action and filial affection; “…(Confucius) claimed that children who only provide material benefits to their parents but lack an appropriate inner attitude towards them cannot be called filial.”5 Therefore, material caring is a component of filial action, which is also a component of jian’ai, impartial caring. Whereas filial affection, an affective state of how one feels in relation to the object of one’s duties, is not a component of jian’ai, it is a component of xiao, filiality. It’s important to illuminate that Mengzi and Kongzi did not teach their concept of ai as ‘partial caring,’ but rather filial care; that is, in most cases, people are generally morally obligated to be prioritize their family’s well-being over that of non-family members.6 Early Confucians and Mohists shared a concern for the overall well-being of humankind. They disagreed on the means by which to reach that goal. Filial piety was intended to be an effective system that, through its accumulation, would provide care for the greater population. In “Interpreting the Mengzi,” Philip Ivanhoe acknowledges that Confucian’s share the same concern for a community’s well-being as Mohists. He states, “…Confucians have argued that filial piety is simply the beginning of a greater concern for all people.”7

The psychology involved in human behavior must be considered if one is to develop a viable account of how people should care. Moral judgments are derived from two separate systems, Lisa Tessman explains, “an automatic intuitive system (emotions), that produces most of our moral judgements, and a controlled reasoning system that can be, though usually is not, engaged in the production or revision of moral judgments…being a morally good person requires engaging both of these neural systems.”8  Thus, human emotions and affects play a major role in moral reasoning and judgments, as do our rational, deliberative faculties.  That said, I do not argue that emotions should always take precedence over deliberative or logical reasoning.9

Tessman argues that one type of reasoning involves what she terms “currency emotions,” which “…tell one what is valuable, and how valuable, so that they can influence a decision, but only in proportion to their value; that is, they are well suited for being weighed, and potentially outweighed.”10 These “currency emotions,” are the emotions involved in Mozi’s version of caring, that is, material caring. As a result, when faced with moral dilemmas such as: “I have plenty of resources, I do not need more.” What is the right decision to make? “Should I help those who truly need it, or should I keep it for myself?’ To demonstrate an effective virtue model, one should apply reasoning that says, “they need it more,” rather than purely self-interested reasoning, which tells someone, “I want this for myself” to make one’s final moral judgment; this is what Mozi was attempting to argue for with his understanding of jian’ai. Accordingly, Mozi believed deliberative reasoning should outweigh emotional salience in cases of material support or care. Accordingly, the distinction between emotional intuition and logical reasoning enhances understanding of the fuller range of human consciousness without directly contradicting Mozi’s jian’ai’s purpose.

Emotions belong to the affective part of human reasoning: the “intuitive system;”11 Tessman explains that moral intuition, caused by non-conscious affective processing, often comes before rational or logical judgments, of which come ‘post-hoc’ or after our affective judgment in order to justify our emotional response.12 As a result, immediate moral responses usually stem from an “affect-laden” intuitive processes rather than from logic or reasoning.13 On the other hand, our logical reasoning is what supports our emotional judgments. Thus, one can only separate affective biases from logical reasoning through introspection and self-awareness, and this must be practiced habitually to become automatic. However, Mozi did not claim that people should love everyone equally; he claimed that we should provide material support (care) for others equally.14 Material care, as previously stated, would only invoke ‘currency emotions,’ which require logical reasoning that weighs the benefits and consequences of a choice before making the final moral judgment.15

The Partiality of Emotions

In the same way that material partiality and exclusivity can cause significant harm to a community, emotions also have the potential to do the same to a community due to their inherent partiality. Therefore, because emotions are partial in nature, they can be exploited or misused for selfish or destructive purposes rather than for unbiased objectives.

Emotions are partial in nature; Aaron Ben-Ze’ev argues, “Emotions are partial in two basic senses: (A) they are focused on a narrow target, as on one person or a small number of people, and (B) they express a personal and interested perspective.”16 However, Ben-Ze’ev also believed that while human emotions cannot be impartial, they can be described as emotionally open(ness), or the opposite of partiality, which have two types:

(1) Focused openness, namely, an attitude which is focused and impartial: it is focused upon one person or very few people, but it does not involve considerations of self-interest;

(2) Personal openness, namely, an attitude which is broad and personal: it is directed at many objects, but it involves considerations of self-interest.17

Ben Ze’ev does not provide an option of affective states that are both broad and impartial. In the same manner, people do not (emotionally) care equally and broadly for all. A filial relationship is focused and impartial (to one’s family); it is characterized by focused openness, because it considers human emotions, yet asks for impartiality. If a person wishes to act in accordance with jian ‘ai, they may adopt either of these two mental attitudes provided that they express their material care in an impartial manner.

Mozi’s doctrine of care, jian’ai, or “impartial caring,” is material and impartial care that does not consider affective states in the calculation of whether someone should care or not. However, this type of ‘caring’ only called for material or resourceful support, and by caring impartially everyone should care for everyone equally. By contrast, Confucius and Mengzi’s care was filial, or emotion-centered, while Mozi applied logic to a materialistic approach and addressed everyone equally. In this sense it is hard one needs to recognize that filial caring and impartial caring are two distinctive forms of caring: one affectively laden and the other focused on deliberative efforts to ensure materially equal treatment. While Mozi urged everyone to use their resources on others equally, Confucians believed that this type of kindness should start with one’s family, and over time will provide a healthy and cared-for community. Crucially, Confucians argue that there’s something mistaken if one only does what one’s supposed to but didn’t feel the right way while performing one’s action; one ought to care about and for the other as part of completing one’s obligation toward the other. One ought not, for instance, do what one is supposed to do, morally, from a posture of contempt or begrudging compliance. By contrast, Mozi’s moral framework doesn’t require that we feel any particular way so long as we achieve the equitable result. Yet human emotions have an impact on human behavior and experience in ways that might influence how one articulates one’s choices. This would be all the more important if Tessman is correct that rules and principles themselves have some ground in emotive or affective content. As such, I argue that filial care is a more effectual model of caring because it acknowledges both the affective and deliberative parts of our person. Care for others without having to feel a particular way about them, while sufficient to ensure equitable choices, doesn’t actually require one to care about those one’s actions impact beyond acknowledging them as other subjects.