“Find a miracle, hold onto it, and keep going.” The Story of Elizabeth Smart 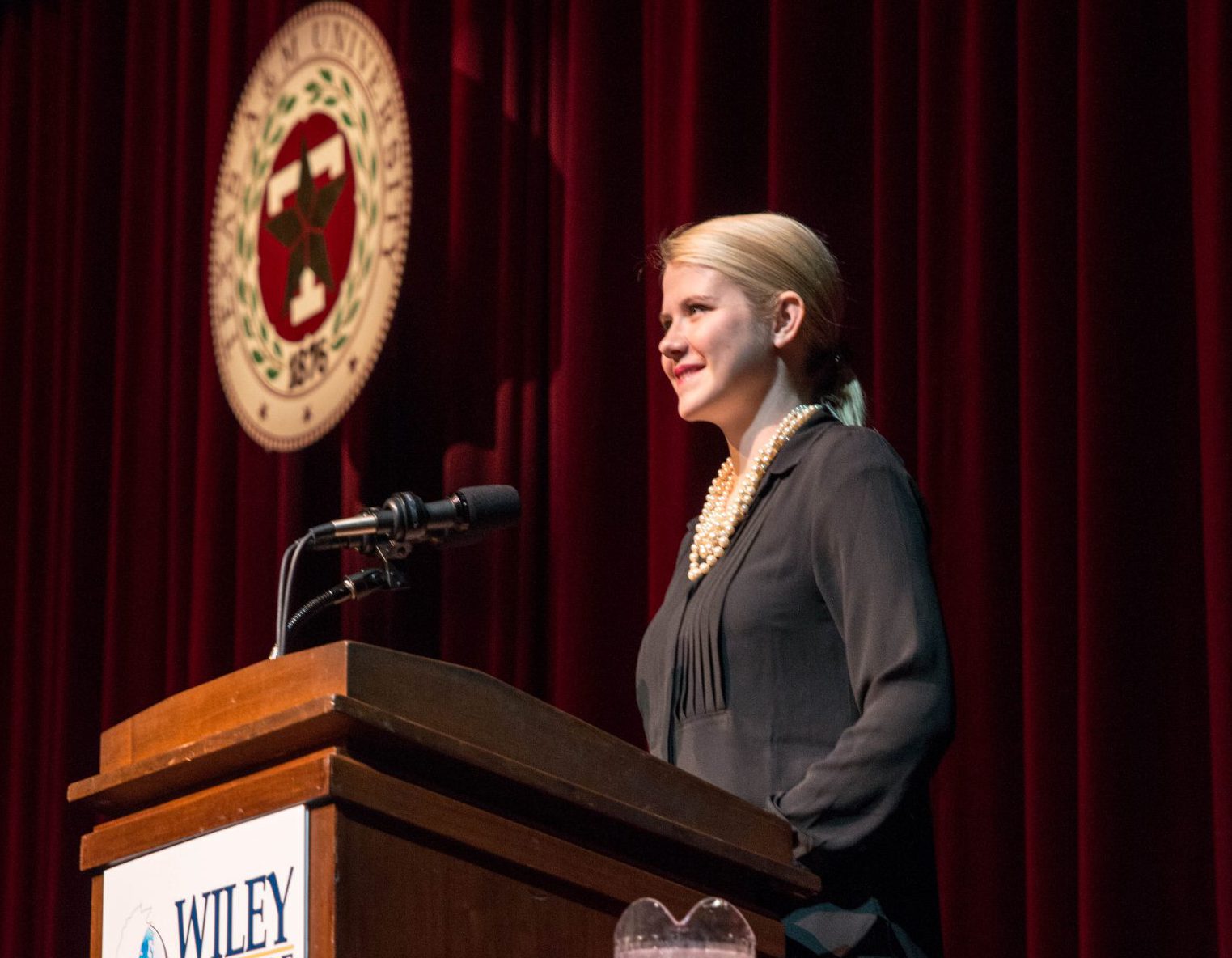 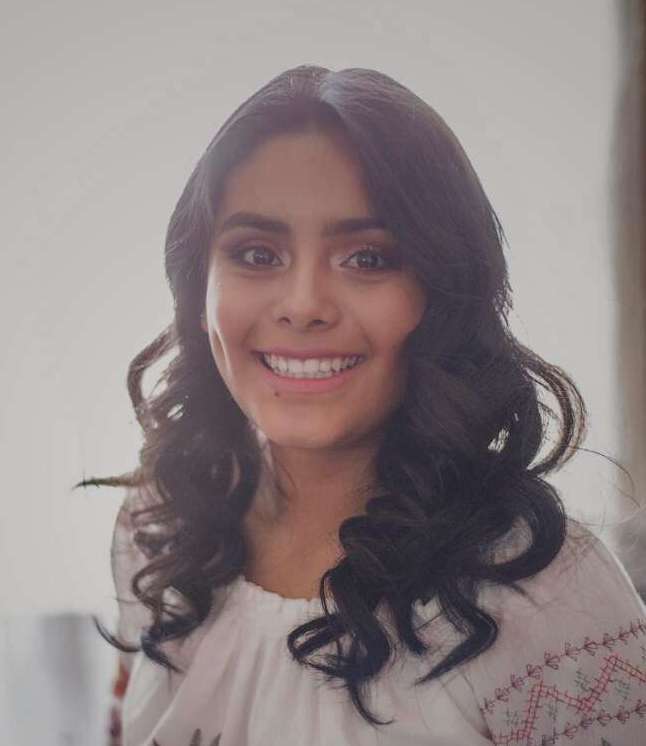 It was November 3, 1987, when Elizabeth Ann Smart was born in Salt Lake City, Utah to her parents, Ed and Lois Smart. She was the second child out of six and was known for being obedient, shy, and intelligent. Her passion for playing the harp started at the age of five and consisted of practicing a few hours every day to improve her skills. 1 The harp was her passion, but it was not her number one priority. Her family meant everything to her and they were her priority. Her life was not perfect, but she loved every bit of it because she had her family. At the age of fourteen, her world came crumbling down after she was abducted straight out of her own bedroom.

Imagine this: it is a hot summer night and you are lying comfortably in your bed sleeping, when suddenly someone awakens you from your slumber with the words, “I have a knife to your neck. Don’t make a sound. Get out of bed and come with me, or I will kill you and your family.”2 How would you react? What would run through your head? Elizabeth Smart did not have to imagine that scenario because that was her reality at the age of fourteen in the summer of 2002. In fear, Smart did exactly what was asked of her to protect herself, but most importantly also to protect her family.3 Smart’s courage that night demonstrated that her obedience and faith was strong, which actually ended up saving her family. As her abductor guided her out of the house, they made no noise, and he took her into the dark woods where they met up with his wife. The couple was Brian David Mitchell and Wanda Barzee. They took Smart to a camp house three miles away from her house, which scared and hurt her the most because she could hear her name being called during her family’s search for her. She heard everything, but could do nothing about it.

The following morning, Elizabeth was nowhere to be found and her family wasted no time before they started their search. Her family did not hesitate to begin the search for their daughter. A group of volunteers and family members organized a search party that spread faster than any wildfire. The determined group started in a small radius area around their house, and then the search spread to as far away as southeastern Idaho and Wyoming and continued spreading for hours in the hot sun. Her mother and father posted many missing child posters all around the city. They hardly slept, ate, or did anything besides searching for their daughter. Her siblings were not able to cope either. Everything was a reminder that their sister was missing.4

While the search continued throughout the entire day and night, Smart was being tortured. The couple used her for their own pleasure; she was raped and abused several times a day and the pain she felt was greater than anything she had ever experienced before. During these months, she was constantly drugged to make her weak, and she was the object various religious rituals. She was forced to become someone like them, which caused changes in her behavior towards them.5 After a while, she stopped crying and screaming for help because she knew it was pointless, but she never lost faith in herself and her family. Months, which felt like years, went by and nothing in the case changed; no new leads, no developments, and certainly, no Elizabeth. They had very little evidence to get any lead to help them find her. Smart and her kidnappers developed a relationship that helped her cope with the situation and she stopped trying to run from them. Did she love them and think of them as her parents?6 Did she care for them? They would take her shopping in a disguise, and she would act like their daughter and stay close to them. In the public’s eye, they seemed like a regular small family and Smart acted as if everything was fine. Smart started to refer to herself as Augustine on the behalf of Mitchell and would act like his wife if Wanda was not around. She wouldn’t try to run away because she knew it would not get her anywhere. So this became her life. Once asked if she was Emily Smart, she denied the allegations because she did not want to cause a scene. She knew the consequences that would follow if any problems occurred. Her hope of being reunited with her family was the only reason she kept the act up, but she resented Mitchell and Barzee so much. “I am alive, but I’m not living, I remember thinking as I walked. I am the living dead. I am nothing but a shell.”7

Several months into the investigation, her sister, Mary Katherine, realized that the man who crept into their room as she pretended to be asleep looked like a handyman that would come to their house. He was known as Immanuel and there it was, the lead that would help solve the investigation. On March 12, 2003, while Smart and Mitchell were out shopping, they were recognized and someone called the police. After nine excruciating months, Elizabeth was about to finally have her freedom back.8 After being away for so long, she wanted to hear the voices she thought she would never hear again and soon forget. She wanted to hear the shouting, the singing, and especially the words “I love you.” Once she saw them, she was consumed with their embrace. Their hug was the biggest security blanket that was needed and she held onto them hoping to never let them go. That touch reminded her of the reason she never gave up on them and herself. They were her motivation to stay alive.

Brian David Mitchell and Wanda Barzee were arrested that day, but the persecution for Elizabeth went on for many years after. It was not until November 10, 2010, that Elizabeth got to face both of her captors in court. But that March 12 of 2003 was also the day that Elizabeth found hope that she would be reunited with her family, and she was.9 That day marked the moment she decided that her fear and tragedy would not define her but help her make the world a better place. She soon realized that there are “two types of survivors: the ones who did not die, and the ones who live. There will be those who will always remember and be the victim, and ones who just won’t. You have to go on, you have to learn, and you have to heal. Resentment and holding on to the past is so toxic.” She used her pain as a motivation to achieve her goals and comfort those who had a similar experience.

After her kidnapping, Elizabeth Smart started living the life she wanted to live but almost missed out on. She graduated, started the Elizabeth Smart Foundation, and now is an American child activist. Elizabeth helps others cope with their trauma and hurt from situations similar to her story. She has also written two books, My Story and Where There’s Hope: Healing, Moving Forward, and Never Giving Up, and she has directed a movie based on her experience to help others who have gone through the same thing.10 No matter how bad the trauma was, Smart said she was grateful for the experience because it changed her as a person. This experience helped her develop the compassion and empathy she has for others now and taught her how to use her voice to help others.

Once she was asked whether she had developed a love for her captors, and she replied, “No, it wasn’t Stockholm syndrome. It was a survival instinct.”11 In my opinion, I don’t believe that Smart developed Stockholm syndrome because she did resent them and felt unsafe for a long while after returning home. She just did what was necessary to survive and go back to her family, which was her biggest dream.12 She did not have any emotional attachments to either Barzee or Mitchell; she just played a role to keep them satisfied. Smart let her survival instincts kick in and take over, which allowed her captors to trust her. Others say that she did develop Stockholm syndrome because she had many opportunities to escape and she chose to stay.13 Her decision to stay was based on her safety and the safety of her family.

Smart continues to focus on her future rather than look to the past because she doesn’t believe it’s worth spending time on the past. “I’ve also noticed that every day, we make choices. And when we’re faced with struggles, we have a choice to make: we either surrender to our problems and give up, or we decide to keep moving forward no matter what.”14

StMU Class of 2024 - Psychology major "Find a miracle, hold onto it, and keep going." The Story of Elizabeth Smart
Author Portfolio Page