For a moment there was peace: The Christmas Day Truce of 1914 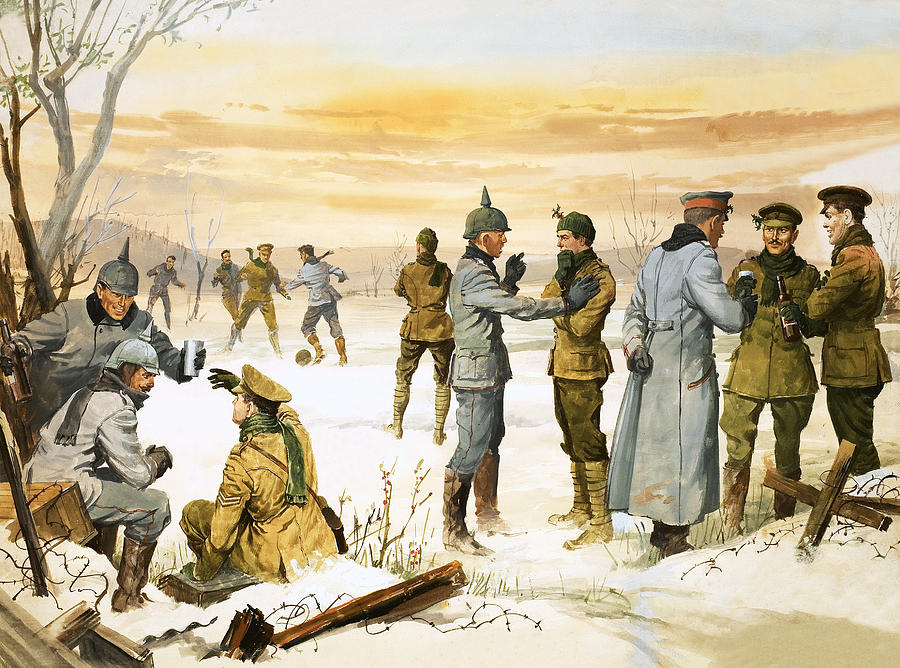 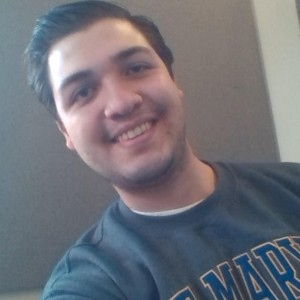 The chilling cold was inescapable and constant along the trenches. This was only worsened by the rain-water flooding the muddy walls and floors. Some months had passed since the beginning of World War I, and it was now December of the year 1914. Being “home by Christmas” was out of the question, and a seemingly insuperable stalemate had been reached along the trenches stretching from the Alps to the English channel. The area between these trenches is what was known as “No Man’s Land.” This name was not a novelty in history, but it certainly increased in accuracy since its first usage. Soldiers, young men sometimes as young as fifteen, were dying by the thousands, killed by the indiscriminate fire of the machine gun, a recent addition to the arsenal of armies.1

The Allied Forces had just held off the invading German army along the Marne river, in what was called the “Miracle of the Marne.” The allied victory here signified the failure of the “Schlieffen Plan,” Germany’s attempt at sweeping a 180-degree rotation through neighboring Belgium and France. This strategy would require German troops to rapidly defeat French forces, so that they could be speedily transported via train to what would be the Eastern Front, where Russia would hopefully be slow to mobilize.2

The first trenches were dug on the western front immediately after the Battle of the Marne, which ended on September 12, 1914. The trenches were dug to survive the incoming attacks more easily. However, these trenches would later mark the border into a place of almost certain death.3 The battles of Verdun, the Somme, the Hundred Day Offensive, and Spring Offensive, fought on the Western Front, ended the lives of 5.5 million men. Sixty thousand British soldiers died on the first day of the Battle of the Somme, a death-count still unparalleled in British military history.4

The time in between battles in the trenches was miserable. The 700-kilometer system of parallel trenches was infested with rats, lice, and the bodies of dead horses and men, whom they would stop burying, because the count was so high and because they simply could not reach the bodies without a high risk of losing their own lives in the process. Crosses scattered around the trenches marked the resting places of fallen men, and also provided a grim reminder of the brutality they faced. These insane living conditions led to death by diseases such as dysentery, typhus, or cholera. This place could easily be likened to Hell on Earth. The area between trenches supported this description, a wasteland of barbed wire and tree trunks with no branches.5 Day and night, this is what the men at the front would experience. In fact, the German Expressionist Otto Dix described the trenches eloquently:

But then came December. A different feeling was noticeable and written about by the men in the trenches. Sniping had grown rarer, and both French and British soldiers could occasionally hear sentimental singing from the German trenches. Naturally the higher ups thought this to be some sort of tactic by the Germans. Lit up trees would appear, and shortly after, singing would ensue. The French and British soldiers were baffled, because Germans were supposed to be “barbarians.”  The Christmas trees that would appear in the not so distant German trenches were somewhat of a novelty to French and British soldiers. However, they were part and parcel of the German Christmas that year.7 Some of the British soldiers shot at the Christmas trees at first, not knowing what to expect. Imagine that after shooting several times at targets near the Germans, they start calling out, promising not to shoot. After months at war, this would not make any sense to war-hardened soldiers.8

A literal calm came on the 4th of December, when an absence of gunfire was reported in some locations. The next day, a royal engineer by the name of Andrew Todd wrote to the Edinburgh Scotsman that soldiers were being “pally” with the enemy. He described their interactions, which included playful cursing at each other, and tossing newspapers from one side to the other, in places separated by only sixty yards. In a card to his mother, one rifleman wrote about how the Germans had peacefully come up and collected some of their wounded, and the British quickly went and collected their own, and after talking, both sides decided to help in burying each other’s dead. The rifleman went on to describe the enemy soldiers as “fine men.” These interactions only increased the closer they got to Christmas. By December 20, both Allied forces and Germans were intent on celebrating Christmas. In preparation of a gift exchange, British forces prepared to give brass boxes, which had been given to them by the crown. These boxes contained cigarettes and pipe tobacco, as well as a greeting card that read “May God protect and bring you home safe.” The Germans, on the other hand, provided some musical entertainment, cigars, and beer imported from as far away as Munich. In a semi-official report, Major Jeffreys provided a description of “A Christmas Onslaught onto the Field-Grey (troops)” as follows:

“Yesterday about Four-o’clock in the afternoon there was a fierce and terrible onslaught of Christmas packages onto our trenches. No man was spared. However, not a single package fell into the hands of the French. In the confusion, one soldier suffered the impaling of a salami two inches in diameter straight into his stomach…. Another had two large raisins from an exploding pastry fly directly into his eyes…. A third man had the great misfortune of having a full bottle of cognac fly into his mouth.”9

Enemies were “fraternizing” with each other. Men who had been killing each other the previous four months, living in disease-riddled trenches, were singing together, playing soccer, getting drunk, throwing down their guns and smoking a cigar or two.10 The Brits sang ‘cheeky’ songs, eventually followed by Christmas carols, and “God save the King,” and the Germans sometimes sang too, accompanied by musical instruments.11 Christmas trees adorned the trenches, and a true spirit of Christmas had possessed these men, a true miracle really.

But the year was 1914, and the war would last until 1918. The continuation of the war would eventually return, because of people like Captain Rudolf Binding, a Hussar who in a letter complained to his father that if he were in power, Christmas would be banned for the year. Measures taken to resume the war, included the banning of future fraternizations with the enemy and an increased pressure on generals to end the peace, in some cases by making the men believe that the truce was part of a nefarious plan by the enemy. This eventually led to more killing, however, in a less eager manner.12 Upon the setting of the sun on Christmas day, one soldier in St. Yvon, twenty-six-year-old Lieutenant Charles Bruce Bairnsfather described a feeling that “It was just the sort of day for peace to be declared.” He talked about wishing that a telegraph boy would reach him with a letter from the King telling the troops that the war is off, and to go back home.13 That day did not come soon.

It is important to note that this truce was informal, and did not only include a single truce but several throughout the trenches. It is said that one similar, yet much less enthusiastic truce was struck in 1915. However, by that time, the propaganda on the barbarity of the Germans had been spread more aggressively.14  There was peace, but not only peace. In one of the most inhumane wars in history, individual men crossed the place called “No man’s land” and shook their enemy’s hand. They complained about the damn war, and wished each other a Merry Christmas.

History Major in St. Mary's, born in 1995, raised in both Texas and Coahuila.
Author Portfolio Page