From a Museum to a World Renown Circus: The Creations of P.T. Barnum 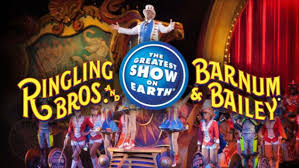 In 1841, Phineas Taylor Barnum purchased the Scudder’s Museum and renamed it the American Museum. He filled this with all different kinds of oddities, from a fabled 161-year-old woman named Joice Heth, who was supposed to have been George Washington’s slave, to a midget named General Tom Thumb, to a FeeJee mermaid, which was the upper half of a monkey sewn to the lower half of a fish.1 Barnum repeatedly fooled the public into believing his outrageous oddity claims, all for the purpose of making money for himself, and also to satisfy curiosities about the odder things in life. Barnum named himself the Prince of Humbug, and the public loved that even more than being duped.2

“The noblest art is that of making others happy.”3

In 1865, Barnum was elected to the Connecticut legislature as a Republican representative. He was noted saying “A human soul, ‘that God has created, and Christ died for,’ is not to be trifled with. It may tenant the body of a Chinaman, a Turk, an Arab, or a Hottentot – it is still an immortal spirit” during one of the sessions on the discussion of African American voting rights. Barnum was a Unionist who advocated for the right of African Americans to vote, despite his years of being a supporter of slavery.4 The same year he was elected as a representative, his first museum was burned down by Confederate sympathizers.5 He was determined not to fail. Barnum rebuilt in a different location, only for another fire to burn this museum down three years later, in 1868; but this time the cause was unknown.

Despite the huge setback, this was one of the stepping stones in creating Ringling Brothers and Barnum and Bailey Circus. Defeated by the fires and large loss of money, Barnum retired. In 1871, W. C. Coup convinced Barnum to step out of retirement and go on the road with a travelling circus, “P. P. T. Barnum’s Grand Traveling Museum, Menagerie, Caravan & Hippodrome.” By 1872, it was being called the “Greatest Show on Earth” by none other than Barnum himself, though the rest of the country believed it as well. For eight years, Barnum and Coup took the circus around the country.6

In 1880, Barnum took the next step in creating Barnum & Bailey. He met James A. Bailey, who owned the Great London Circus, and partnered with him to create “P.T. Barnum’s Greatest Show on Earth, And the Great London Circus, Sanger’s Royal British Menagerie and The Grand International Allied Shows United,” later shortened to Barnum and Bailey’s Circus.7 Bailey was a man happy to give Barnum the light and hide in the background, running the logistics of the circus, earning him the name “King of Circus Men.”8 Josephine Robinson described the two men in a statement: “Mr. Barnum was the advertiser, who loved the limelight, who rode around in the ring, and announced who he was. But Mr. Bailey was the business man, content to be invisible, demanding it in fact, and interested only in the success of the show.”9

Give the people the best—spare no expense doing it—and they’ll reward you greatly. – James A. Bailey10

In 1882, Barnum and Bailey purchased Jumbo, an elephant that they claimed to be the biggest in the world. Jumbo would bring in thousands of people until he was hit by a freight car in 1885, after which the circus was financially devastated. Instead of giving up on the Jumbo act, Barnum and Bailey displayed Jumbo’s skeleton. The show continued and achieved one of Barnum’s lifelong dreams, travelling to Europe, where the circus toured in 1889 for the winter months. In London, a multitude of shows were played, such as the Nero or The Destruction of Rome.11

In 1891, a shock came to the entertainment world: Phineas Taylor Barnum passed away at eighty-one years old in his home. His death left the circus to Bailey, who ran the circus for fifteen years, introducing new shows and acts such as Buffalo Bill’s Wild West Show.12 Shock hit the United States again when, in 1906, James A. Bailey passed away in his home from erysipelas.