From Austrian Archduke to Mexican Emperor: How Maximilian I Lost the Mexican Empire 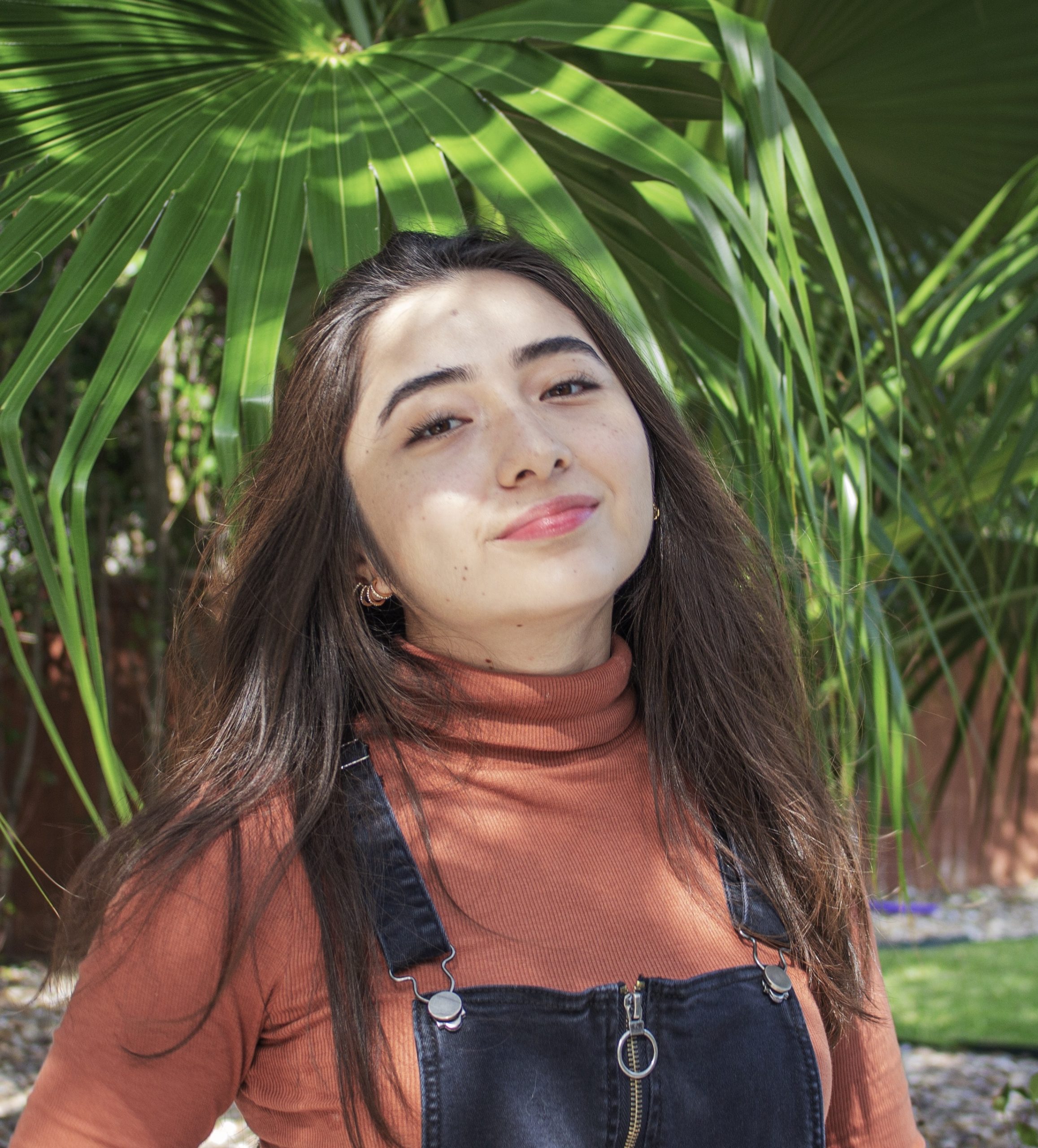 In 1864, an energetic and ambitious young man sailed from Austria to Veracruz, Mexico in hopes of ruling a foreign land. He arrived with his wife, an army, and many false assumptions and misleading facts about what he was getting himself into. Maximilian I was an educated, motivated man who renounced any rights to the Austrian throne and to his Austrian Archduke title in order to become the emperor of Mexico. Although Maximilian was in power for only three short years, from 1864 to 1867, he fell in love with Mexico and with its people. His patriotism for Mexico was admirable, yet that love is not mentioned enough in history. Maximilian’s own ambition to lead and protect the Mexican people resulted in the downfall of his career as the second and last emperor of Mexico.

Ferdinand Maximilian Joseph was an Austrian archduke, born to Archduke Francis Charles of Austria and Archduchess Frederica Sophia in 1832. From an early age, Maximilian became interested in the arts and sciences, and had a passion to explore the sea. This resulted in him making various trips around the globe, particularly to Mediterranean lands like Greece, Crete, Palestine, and Egypt. By 1853, he had become commander-in-chief of the Austrian Navy. 1856 and 1857 were also important years in Maximilian’s early career. In one of his trips around Europe, he met and fell in love with Princess Carlota of Belgium, Maximilian’s future wife. Maximilian and Carlota’s marriage was not arranged. The young archduke expressed his interest to Carlota’s father and he agreed to the marriage. During Maximilian’s European trip, he also met with Napoleon III of France during his visit to Paris in 1856. Soon after Maximilian and Carlota’s marriage in 1857, Maximilian’s older brother, Emperor Franz Joseph I of Austria, made him the governor-general of the Lombardo-Venetian Kingdom, where Maximilian gained experience being an efficient ruler. Maximilian’s rule ended in 1859, due to the war that broke out between Italy and Austria in that year. Maximilian then retired to the Miramar castle in Trieste and spent his leisure time reading and admiring art.1

In October of 1863, Mexican officials arrived at Miramar to offer a crown to Maximilian. Mexico’s economic, social, and political status was in shambles after their fight for independence from Spain in the decades after 1821. After that war, the Mexican Republic’s politics was divided between liberals and conservatives: liberals wanted to curb the power of military elites and Catholic priests, and institute various liberal reforms, like freedom of speech, while conservatives wanted to restore older ideals. As a result, Mexican conservatives reached out to Archduke Maximilian for help in restoring conservative values. They wanted to abolish President Benito Juarez’s new liberal reforms, and regain control Mexico.2

After declining the offer the first time the throne was offered, Maximilian asked the Mexican conservatives to hold a referendum in Mexico, to make sure that the Mexican people really wanted him as their emperor. The results came back overly positive, and therefore Maximilian decided to take the throne. He acceded to the Mexican throne with his wife Carlota in 1864. The couple was eager to rule a foreign land, yet they failed to see that they were going to Mexico under false pretenses.3 Mexican conservative officials falsified the results of the referendum that Maximilian needed to accept the throne.4 Because he was led to believe that the Mexican people needed and wanted him, he happily accepted. Supporting Maximilian was the French government and the Mexican conservatives. France used Maximilian’s position as emperor as an opportunity to collect debts that President Benito Juarez had canceled. Napoleon III therefore financed Maximilian’s voyage and also provided troops to protect the royal couple.

Maximilian and Carlota arrived in Mexico City on June 12,1864. Two days later, he began to get involved in politics and in the Republic’s affairs. Appointing consuls and ministers, handling debt, forming courts of justice, and establishing the national flag were issues that he energetically approached. Maximilian took his position of monarch very seriously. He wanted to be a leader, and not a tyrant. In the first ceremony since ascending to the throne, Maximilian was dressed in the uniform of a Mexican general with Mexican insignias. This demonstrated how approachable Maximilian wanted to appear. One of Maximilian’s first decrees was that he would hold a public forum every Sunday afternoon in order for people to address him personally in order to hear their complaints. Maximilian’s top priorities were to promote welfare among all subjects and reward his subjects’ loyalty. He promoted welfare by abolishing serfdom and child labor, and by raising wages.5 Both the Emperor and the Empress encouraged education and support for all, especially the poor. They built, visited, and maintained hospitals, which provided healthcare for all. His Majesty was not selfish or materialistic. He cut his annual, monarchical earnings by one third and gave two thirds of his money to charity and poor communities.6 Although he gave priority to liberal reforms, to strengthen his political relationship with Benito Juarez, Maximilian made the error of not being harsh enough on Juarez. Juarez then traveled to northern Mexico to gather his army and gain arms to overthrow the empire.

After the United States’ Civil War ended in 1865, the United States was in a better position to supply arms to Juarez’s revolutionary army. It was convenient for the US to support Mexico, because it did not want European influences in its hemisphere. The supply in arms made Juarez’s army stronger and more able to defeat the empire. As a result, Maximilian made the grave error of announcing the “Black Decree,” which mandated the execution of any Mexican that bore arms and planned to use them against the empire. The Black Decree depicted Maximilian as a tyrant and turned more people against him. As more armed conflicts broke out, Carlota, the Empress, traveled to Europe in 1866 to seek help from Napoleon III of France, Pope Pius IX in the Papal States, and even Maximilian’s older brother, Francis Josef I of Austria-Hungary. Because Maximilian had failed to conquer Mexico for Napoleon III and resume paying back the debt that Mexico owed to France, Napoleon III did not agree to help Maximilian. The Vatican also refused to help the monarch because of Maximilian’s reforms against the Catholic Church.8 Even with Carlota at Saint Cloud, Napoleon III’s residence, Napoleon III refused to see her. In 1867, as Napoleon III gave up the hope of acquiring Mexican soil and having his debts repaid, he commanded French troops to retreat in three stages, and Maximilian was left with a small army and a few loyal subjects.9

In May of 1867, Maximilian was forced to leave Chapultepec Castle, his residence, in Mexico City, to go to Querétaro to enhance his safety. Querétaro would provide a safe haven for him, although Juarez’s army was approaching. Maximilian still believed that some European army would come rescue him just in time, but in reality, he had no actual support. Maximilian, his followers, and the Empress’s Regiment took shelter in a fortress, where trusted military officials guarded entrances at all times. At midnight, what seemed like a safe haven, turned into a war zone for Maximilian and his small army. One of the captains guarding the main entrance was surprised by an ambush of Juarez’s army. The captain received a shot from behind and fell to the ground. While he composed himself, he caught a glimpse of a familiar face through the dim of the candles along the hallway. In the distance, he could see that the ambush was led by Colonel Miguel Lopez, one of Maximilian’s most trusted commanders. Maximilian’s own army had turned against him and the empire. Muskets and weapons were fired off, and by dawn, the imperial army was surrounded by Republican forces.10 Maximilian wasn’t informed of the treachery until morning, to which he responded only with silence. Colonel Lopez himself arrested Maximilian and gave orders that he should be imprisoned and isolated. His fate was decided for him by Mexican officials, and after two days, he was found to be an “enemy of the state” and a threat to the wellbeing of the people. Because Maximilian had issued the Black Decree in 1865, President Benito Juarez and the Mexican people now considered Maximilian a menace. Juarez then found no alternative than to sentence him and two of his most loyal companions, General Miguel Miramón, and General Tomás Mejía, to death.11 Many European politicians and monarchs, including Francis Josef I of Austria, pleaded with Benito Juarez to spare Maximilian’s life. Juarez’s plans were different. He wanted to make an example out of Maximilian so that Europeans would stop intervening in Mexico’s affairs and accept Mexico as a new, independent republic. As a result, Maximilian I, Miguel Miramón, and Tomás Mejía were executed on June 19, 1867 by Juarez’s army. Before Maximilian’s death, he wrote a letter to his wife, Carlota, where he expressed how much he wished she was with him and how happy she had made him. Up until his death, Maximilian remained a Mexican at heart. He never insulted the Mexican army or their beliefs. Before dying, Emperor Maximilian said, “I will die for a just cause, for the independence and liberty of Mexico. May my blood seal the disgraces of my new homeland.”12 He concluded his overall statements with the words “Viva Mexico,” before being shot next to the two generals.13

After Maximilian’s death, Juarez wasn’t able to restore control and tranquility to Mexico. He had one term as president and not long after, he died in 1872. Empress Carlota never returned to Mexico after 1866. After help was denied from European powers, she had a nervous breakdown that damaged her mental health immensely. As she grew old, she would hallucinate that she was still the empress of Mexico and that her husband was alive. She even kept a doll next to her bed, whom she called “Max.” Almost fifty years after her husband’s death, she passed away in 1927.14

Maximilian’s career in Mexico was destined to fail even before it began. His monarchy was supported by people whose only intentions were to receive something in return. Even more, Maximilian was unable to gain allies and create diplomatic relationships with other important figures. His naivety to trust Mexican conservatives and unwillingness to accept that Mexicans wanted their sovereignty and independence, led to his downfall. The story of Maximilian I of Mexico is to be remembered due to his passion for Mexico and its people. Maximilian genuinely believed that he was chosen both by the people of Mexico and by God to rule. In return, he did so with the utmost respect, care, and tolerance.

My name is Paula Danae Salinas and I am from Mexico City, Mexico. I am double majoring in International Business and Psychology. I particularly enjoy researching about child development and behavioral health as well as world affairs and international commerce.
Author Portfolio Page