Hamilton and Burr, The Dream Team? 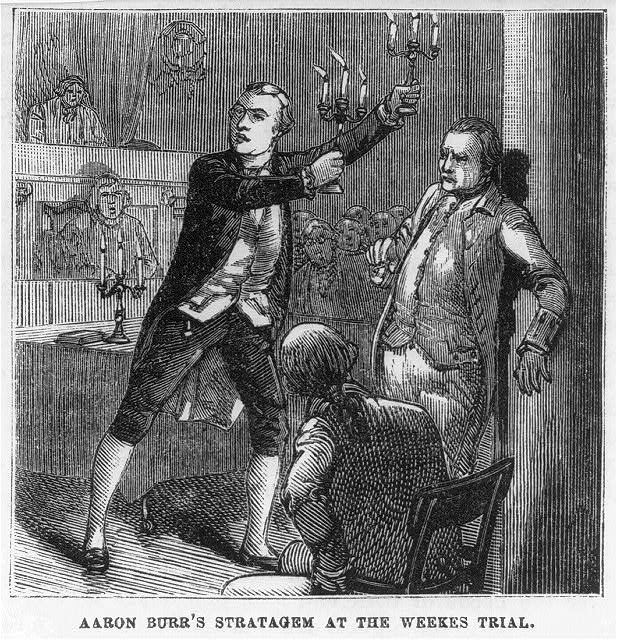 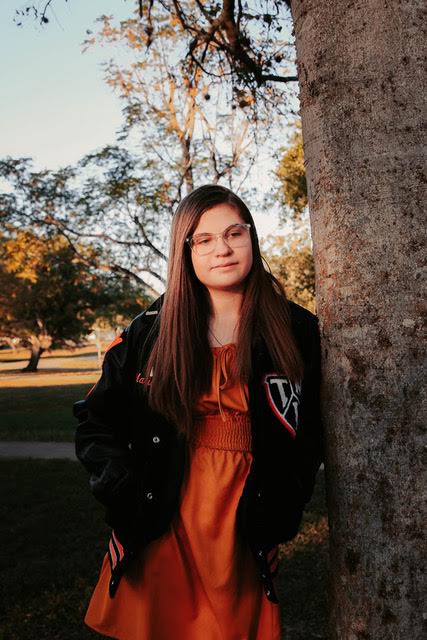 The year is 1799. It’s a cool winter day in December. Everyone is bustling and excited for the new century to begin. For one Guliema Sands, however, the night meant something more bittersweet. On the night of December 22, Gulielma left her New York boarding house, which was run by Catherine and Elias Ring. It was believed by many that she had gone off to marry her fiancé Levi Weeks, who had been seen talking with her before she left. After her departure from the house, Miss Sands was never seen alive again.1 Twelve days later, Elma Sands’ body was found in the Manhattan Well badly beaten and Levi Weeks was arrested and charged with murder.

In New York from 1784 to 1800, you’d be hard pressed to find a trial where even one celebrity lawyer of the time would be involved, let alone two. Aaron Burr and Alexander Hamilton were the Gloria Allred and Alan Dershowitz of their times. They had appearances in almost every major court case, whether that was together or in opposition. This team of charismatic defense lawyers was tasked to defend a client in one of the biggest cases in the country up to that point, despite years of political and personal enmity between them.2 Despite the political and personal distaste for each other, Burr and Hamilton took the case on for publicity and for getting their name fresh in people’s minds for the upcoming elections. Hamilton also had incentive to partake in the defense for this case because Ezra Weeks, Levi Weeks’ brother, had constructed a weekend home for him previously.3

Just how serious was the enmity between Hamilton and Burr, you may wonder? The trial of Levi Weeks took place on March 31, 1800. It took place only a few months before the infamous Election of 1800, where Alexander Hamilton ended up swinging the votes for the presidency away from Burr and towards Burr’s running mate Thomas Jefferson. Tensions were high in the Federalist party, the party that Hamilton had spent so much time and effort building. The party had grown weak under Adams.4 They were facing a presidential election with no other formidable candidates to vote for. They were going to be stuck with Adams. By mid-December of 1800, after the election, Jefferson and Burr surprisingly tied each other in electoral votes. That meant that the vote went to the House of Representatives, which was still completely dominated by the Federalists until the new Congress could be sworn in. Hamilton was in tune with the Federalists in Congress, so he was aware of rumors that the Federalists were considering moving their votes to Burr rather than to Jefferson, despite Jefferson being regarded as the presidential candidate among the Republicans.5 Hamilton went as far as telling his fellow Federalists that he would withdraw from the party if they elected Burr, as he saw it as an act that would sign the Federalist party’s own death warrant.6 On March 4, 1801, Burr was sworn into office as vice president and Thomas Jefferson was sworn in as president. Because of Hamilton’s actions during the post-election phase, his judgment was drawn into question as they were perceived as being personally fueled. Hamilton lost a lot of his standing and power in the party because of this.7 Burr openly resented Hamilton for the loss of his unanticipated bid for the presidency. There was also the long-standing enmity because of their opposing political beliefs. Hamilton was the leader of the Federalist party, which advocated for a strong central government and a national bank, which Hamilton successfully obtained in the prior decade. Burr was a Jeffersonian Republican who advocated for state’s rights and opposed a national bank.

Despite this longstanding dislike for each other and the animosity that the upcoming election would arouse, Hamilton and Burr ended up on the defense team of Levi Weeks. This fact alone brought a lot of attention to the case. Another thing that brought a lot of attention was the fact that this was considered by many to be the first high-profile murder trial in American history. The jury selected for this trial contained a dock builder, a ship chandler, six merchants, a grocer, a baker, a measurer, and a Quaker. The Quaker did not asked to be removed from the jury lineup, which was unusual because Quakers usually refused to take part in death penalty cases. Also at this time, most trials only last one day. There were no standing policies about sequestering juries, so they were abundantly aware of the pressure and attention that the trial was receiving as it went into multiple days of defense.8

This trial was big news across the nation. Everyone was talking about it. There were many theories that people were advancing, the most popular one being that Gulielma had been impregnated by Weeks and so he killed her. Weeks walked into the trial appearing “as white as ashes and trembling all over like a leaf.” The prosecution assumed a witch-hunt like mentality of the people and was extremely heavy handed with their rhetoric towards Weeks. During their opening statements, they claimed that he lacked a basic fear of God, and thus had to be the murderer. The prosecution relied heavily on eyewitnesses, and their testimonies should have damned Weeks to a heavy sentence. It should have been an open-and-closed case. However, outside of the norm for the times, this trial lasted multiple days, which was largely due to the duo of Burr and Hamilton. Their clashing styles made their defense exponentially stronger. Hamilton was described as “spontaneous” and “erratic” in the courtroom while Burr was described as “well put together” and “meticulous.” There are some accounts that assert that we can make some guesses that the lawyer who opened the case spoke in a florid style reminiscent of Hamilton rather than the more succinct Burr. While Burr handled much of the talking to the jury, Hamilton bore the weight of the cross examination. The defense steadily tore away the solid case that the prosecution had built up with every cross examination. The defense used the coroner’s report to open up the possibility of suicide, as the cause of death was confirmed to be drowning, and the marks on the body could have been produced by that rather than by violence. They also discredited the testimonies of Elias and Catherine Ring by exposing an affair that Elias was having with Gulielma behind Catherine’s back. This turned the “innocent damsel” image that the public had of Gulielma Sands and the Ring’s household into something more akin to a brothel. The star witness for the prosecution, David Croucher, wasn’t safe from the onslaught of the defense either. Croucher, who was considered a shady salesman of women’s undergarments, supposedly confessed on the spot to having a quarrel with Weeks after Hamilton held candles on both sides of his face during his cross examination. Croucher was also much too excited and willing to retell stories of the sexual kind about Weeks and Sands. Though, after the trial had concluded, Burr took credit for the candle lit confession as evident in artworks such as Aaron Burr’s Stratagem at the Weeks Trial created in 1882.9 Regardless of who got the confessions out of the witnesses, the defense had successfully created reasonable doubt in the prosecution’s clear-cut case. In Henry Cabot Lodge’s 1882 biography of Hamilton, Lodge asserts that Hamilton believed that Croucher was the real murderer.10

With the defense having thoroughly destroyed the credibility of the prosecution’s case against Weeks, Burr delivered the closing statement for the defense. It was a very brief explanation on the unreliability of the circumstantial evidence that the prosecution had presented against Weeks. When delivering their closing statements, the assistant attorney general declared that the trial already had consumed two days, and that since he had been up for forty-four hours without sleep, he requested that the verdict deliverance be delayed to the next day. His motion was denied and the jury came back with a verdict within 5 minutes. The jury found Levi Weeks not guilty of the murder of Sands. Everyone in the courtroom cheered for the ending verdict—everyone except for Catherine Ring. Whether it be out of her devotion to her niece or out of her hatred of Hamilton for having exposed the fragility of her marriage, she is said to have shaken her fist in Hamilton’s face and to have shouted: “If thee dies a natural death I shall think there is no justice in heaven.”11

With incredible speed and efficiency, unlike trials today, the trial of Levi Weeks was concluded in just two days. With an astounding fifty-five witnesses testifying, Hamilton and Burr were able to close the case in favor of Weeks, who was now a free man.12 Less than a week later, Hamilton and Burr found themselves in the courtroom once again, this time on opposite sides of a case. Levi Weeks left New York and headed back to Massachusetts where he became a well-known architect and married Ann Greenleaf and subsequently had four children. Croucher, the prosecution’s star witness, was charged with raping a thirteen-year-old girl in July of that same year.13

All in all, the trial came to the conclusion that everyone wanted, and justice was served. Hamilton and Burr had a healthy opposition, but they worked well as a team when they needed to, and everyone lived happily ever after. At least, that’s how you might think it would have ended. Four years later, however, Aaron Burr shot Alexander Hamilton in a duel in Weehawken, New Jersey. From an outsider’s view, a duel would have seemed extreme for some simple discord over political views, but the way that Hamilton and Burr saw it, the duel was about credibility and honor. Burr was obsessive about his honor and he saw his pride being tarnished by Hamilton all throughout his political career. When Burr challenged Hamilton to the duel, Hamilton couldn’t refuse. The refusal of the duel would have killed any small semblance of credibility that Hamilton still had in the country. The party that he had spent so much time and effort building, had moved on without him. After Jefferson became president, the only power that the Federalists still had was in the courts. The Jeffersonian Republicans and the Federalists all knew that Hamilton’s political career was doomed. Burr faced much backlash from people for killing Hamilton in the duel, and he fled to the South to escape murder charges. Hamilton took his final breath surrounded by his family approximately thirty-six hours after the duel took place.14 Though justice was not fully seen for that murder, Burr was acquitted of the charge of challenging Hamilton to a duel in New York. Despite their impeccable teamwork in the courtroom during the Weeks trial, the two had a distaste for each other that ran deep and that led to the story of a murder trial ending in another murder.

I would like to thank my parents and my sister for fueling my Hamilton addiction and allowing me to rant about it all hours of the day. I would also like to thank Amanda Uribe for helping me in the early stages of the project to make my article the most engaging story possible. Finally, I would like to thank Dr. Whitener for steering me to a topic that made me excited to write and giving me the opportunity to showcase my writing.

I am an Exercise and Sports Science major at St. Mary's University. I am in the class of 2025! I love all things Hamilton and I love anything having to do with sports. I also love reading and making art of any medium.
Author Portfolio Page