Henry Lee Lucas: The Tellings of a Serial Confessor 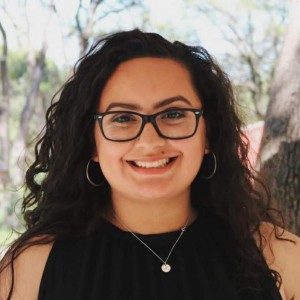 On October 31, 1979, a driver headed north on I-35 near Georgetown, Texas and noticed a body laying in between the highway and the nearby access road. Upon discovering the body, the driver drove to the nearest gas station where he called the Williamson County Sheriff’s Department. When the officials arrived, the body was discovered to be a young nude female, with the only item of clothing and physical evidence being a pair of orange socks. These orange socks would be the only identifier for the young female throughout her investigation.1

Henry Lee Lucas, a man neglected and abused by his mother at a young age, began his life of crime early on in his life. There wasn’t anything he had been charged and arrested for in the past that would amount to the vile acts he would confess to in future years, including confessing to the murder of the Orange Socks girl.2

Leading up to his confession, Lucas had been arrested for the possession of a firearm by a felon and taken to the Montague County Jail. While in custody, Lucas decided he would hand in a previously written statement that entailed the confessions to several murders.3 Within two days of his arrest in Montague County, he began confessing to slews of killings from all over the country. These confessions would, many years later, get him ultimately convicted of ten homicides, and he would be a very strong suspect in over one hundred other homicides.4 Lucas said that there were sixty murders he had added to his confession as a means to get back at the police for arresting him on the firearm charge, which he thought to be a charge made-up by the police. Although Lucas had confessed to many killings, it was his June 1983 confession to the Orange Socks murder that would get him convicted and lead him to become involved in the 1989 court case Lucas v. State of Texas.5

In 1989, the Lucas v State trial commenced, in which Lucas was tried for the murder and rape of the unidentified female in Williamson county, better known as the “orange socks girl.” During the court’s proceedings, psychiatrists, state witnesses, as well as Lucas were put on the stand to testify and be questioned. As the trial came to a close, the defense brought in an expert psychologist and psychiatrist to give their testimony regarding the evaluations they had previously conducted on Lucas. The expert psychologist Dr. Tom Kubiszyn conducted his psychological evaluations on February 28 and 29 of 1984, lasting about seven hours each, and from these evaluations Kubiszyn testified that Lucas, “has an IQ in the low average or normal range, with strong feelings of inadequacy and inferiority, of evasiveness and suspiciousness.”6 Kubiszyn also diagnosed Lucas as being schizophrenic while having some qualities of a sociopathic disorder. The expert psychiatrist Dr. Jay Fogelman had conducted five interviews with Lucas where he gained information from Lucas about himself. From these interviews Fogelman came to the same conclusion as Kubiszyn in that Lucas was suffering from some form of schizophrenia that needed treatment, as well as that he may have an antisocial personality. Both Kubiszyn and Fogelman said that Lucas was not only suffering from the previously mentioned schizophrenia, but that he was also a dangerous individual based on his history of previous violence.7

When the issue of his right to an attorney arose for Lucas, he tried to claim that he was denied his right to counsel guaranteed to him in the sixth amendment. But it was also noted that he did not go against the statements given by the state witnesses and understood that he would not receive counsel and did not want an attorney present. Later, against the advice of his various attorneys to remain silent and implement discretion, Lucas chose to do the opposite and he had appeared  “…to have been determined to speak to the authorities desiring his attention. In what may be best termed a single-minded purpose, he appears to have rejected his right to remain silent and put the State to its burden of proving a particular crime…..appellant made what can only be termed a conscious practice of informing on himself as to crimes which, up until that point in time, remained unsolved.” In this same scenario, Lucas claimed he only wanted to talk about where the bodies were, as long as someone listened and was determined to only confess to his “criminal conduct” based on his desires and terms.8

As the trial continued, Lucas described the incident in his words. Lucas described the Jane Doe has having refused to engage in intercourse with him and of having tried to jump out of the moving vehicle. Lucas claimed she grabbed hold of the steering wheel, and that he grabbed her in a motion to try and stop her attempt to escape, while she fought against him. This action caused by the deceased was thought to Lucas as a sufficient reason to handle her in such a manner since it could’ve resulted in a car accident and in his own demise. The court did not find this evidence and information useful in the incident that the deceased was trying to provoke violence from Lucas or to incite him. Despite this information and the details coming solely from Lucas, who would’ve been present for the crime, the court did not find any information that corroborated that Lucas had any desire or intention to release Jane Doe alive. Based on this notion, it was derived that Lucas killed the deceased not based on the passion in the heat of the moment, but from careful calculation.9

Based on all the relevant information and testimony given by the state’s witnesses, expert psychiatrist and psychologists, as well as Lucas’ own testimony, the court reached a verdict in the Lucas v. State trial. The verdict reached was guilty on the capital murder charge on Lucas, and he was given a life sentence in prison for his crime. Being as Lucas was being convicted on a capital murder charge—the highest offense one can commit—meant that he was being sentenced to death and would be put on death row.10 Lucas was to serve out his sentence in a facility in Texas for the remaining time of his life.11

Going back to the years prior to his conviction, starting in 1983, around the time of his orange socks confession, Lucas had been interviewed by around 600 different law enforcement agencies. Through these interviews about open cases, police were gaining useful information, and cleared roughly 210 homicide cases. But since these case closures were directly attribute to Lucas, he began bragging about how he was the one getting cases close, not the law enforcement agencies.12 This combined attention and the fact that he believed he was exhibiting retribution against police on the “made-up” firearm charge, could’ve led to why he chose to confess to the orange socks murder and the hundreds of others.

Lucas remained on death row until 1998. At that time, the then-governor of Texas George W. Bush cited that there was a lack of evidence linking Lucas to the murder of the then unidentified “orange socks” woman other than his confession, and removed his death sentence. This was the only time governor Bush would allow such a situation to occur. Having his death sentence removed, but his life in prison sentence still intact, Lucas remained in prison until his death in 2001 from a heart attack.13

After significant investigation, interviews and verification through familial DNA testing, the unidentified woman, who was known as “Orange Socks,” was identified. In 2019, almost forty years after her brutal murder and rape, the individual was identified as being Debra Jackson, from Abilene, Texas, and she was only twenty-three years old at the time of her untimely death. It was believed that Jackson had left her home in 1977, two years prior to her interaction with Lucas, and was not initially reported missing by her family.14