How Well Do You Know Your Neighbors? Ariel Castro’s Kidnappings 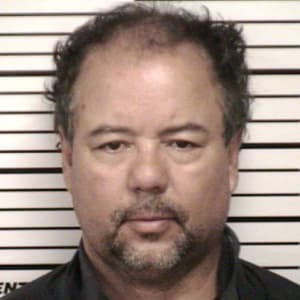 Imagine being chained to the wall of a dirty room that wasn’t your own, being mentally tormented by a man who is widely considered to be a positive influence in the community. Imagine being impregnated by your captor, then giving birth in a kiddie-pool in the basement of the house that has become your worst nightmare. Three young women were held captive by Ariel Castro, a local school bus driver and band bassist, for over ten years.1

Michelle Knight, Amanda Berry, and Georgina DeJesus were the three strong and inspiring young women that survived this nightmare. In Cleveland, Ohio, Ariel Castro captured his first victim, Michelle Knight, as she was walking home from her cousin’s home in 2002. He held her in his basement to torment and rape her, which allowed him to develop power over her. Castro then moved her upstairs in his home, where the abuses continued. Some of the early abuse that Knight endured ended in pregnancies, but Castro would beat her until she miscarried.2

The second victim, Amanda Berry, was last seen by her co-workers at Burger King the day before her seventeenth birthday in 2003. On her way home from work, she accepted a ride home from community member, Ariel Castro. However, the ultimate destination was not what she had expected. Within the time Castro held Berry captive, he impregnated her. She gave birth to her daughter, Jocelyn, in the basement of Castro’s home in a kiddie-pool with the assistance of Knight. Castro had threatened Michelle Knight’s life, insisting that if the baby didn’t survive, neither would she. So when Berry’s daughter wasn’t breathing at birth, Knight successfully performed CPR on the infant, saving her life.3

Georgina DeJesus was a friend of Castro’s daughter, a fact he used to lure her into his car. In 2004, DeJesus was walking home from school when Castro approached her and offered her a ride home. The fourteen-year-old girl recognized him and accepted the offer, little did she know that she wouldn’t be returning to her home for another nine years. The three women only had each other from 2002 until they were rescued in 2013.4

Each woman’s nightmare began similarly as Castro had a system of abuse that he used to overpower them. This system made them fear him so much that they wouldn’t fight back or attempt to escape. One of the tactics Castro used to prevent his victim’s from escaping was that he intentionally left their doors unlocked, and then he patiently waited by the front door for them. When Castro discovered that one of them trying to escape, he violently beat them, using it as an example to the other captives as to what would happen if they chose to flee.5

Castro successfully hid his monstrosities from the community he lived in for the eleven years he held the women captive. His friends and family noticed that he didn’t have people over often, but that wasn’t abnormal for Castro. After his wife divorced him, Castro spent most of his time outside of his home, attending local concerts with bands as the bassist, and even attending searches and vigils for the women he held captive in his own home. The community had no reason to suspect that he had anything to do with the women’s disappearances. Roughly two weeks before the rescue of the women, Castro had an individual over because he was interested in purchasing their bass guitar. The man said he had no idea that there was anyone in the home other than Castro, hearing only a sound like a dog upstairs.6

The community will never forget the day Castro made a simple mistake. On May 6, 2013, Castro left a door unlocked. The women upstairs, contemplating whether it was another one of Castro’s wicked tricks or an honest mistake, remained in their rooms. Eventually, however, Amanda Berry built up the courage to try to escape. When she discovered that it was a mistake on Castro’s end, she and her daughter headed for the door. It was the middle of the day when Berry had opened the front door and started yelling for help, her daughter at her side. Castro’s neighbors noticed the strange scene and immediately came to Berry’s aid.7

The screen door was locked from the outside so the neighbor’s kicked in a corner to free Berry and her daughter, Jocelyn. Berry then immediately called the police to get the other girls rescued from their real life nightmare. Upon the girls’ escape, the neighborhood was stunned. Throughout those eleven years, none of Castro’s surrounding neighbors had any indication or idea that three women were being held captive just a few yards away.8

Nobody knew what to think. The community felt like they had failed these three women. Ultimately, Ariel Castro plead guilty to 937 counts of kidnapping, rape, and aggravated assault. He was sentenced to life plus 1,000 years in prison without the possibility of parole. After a month in prison Castro hung himself with his bed sheets in his cell. While kidnapping is a horrific crime, it is not uncommon in the United States. In 1999, it was estimated that 11.4 children per 1,000 in the United States are reported missing. So, how well do you know your neighbors?9