“Ite et Vos”: The origins of the modern Franciscan legacy 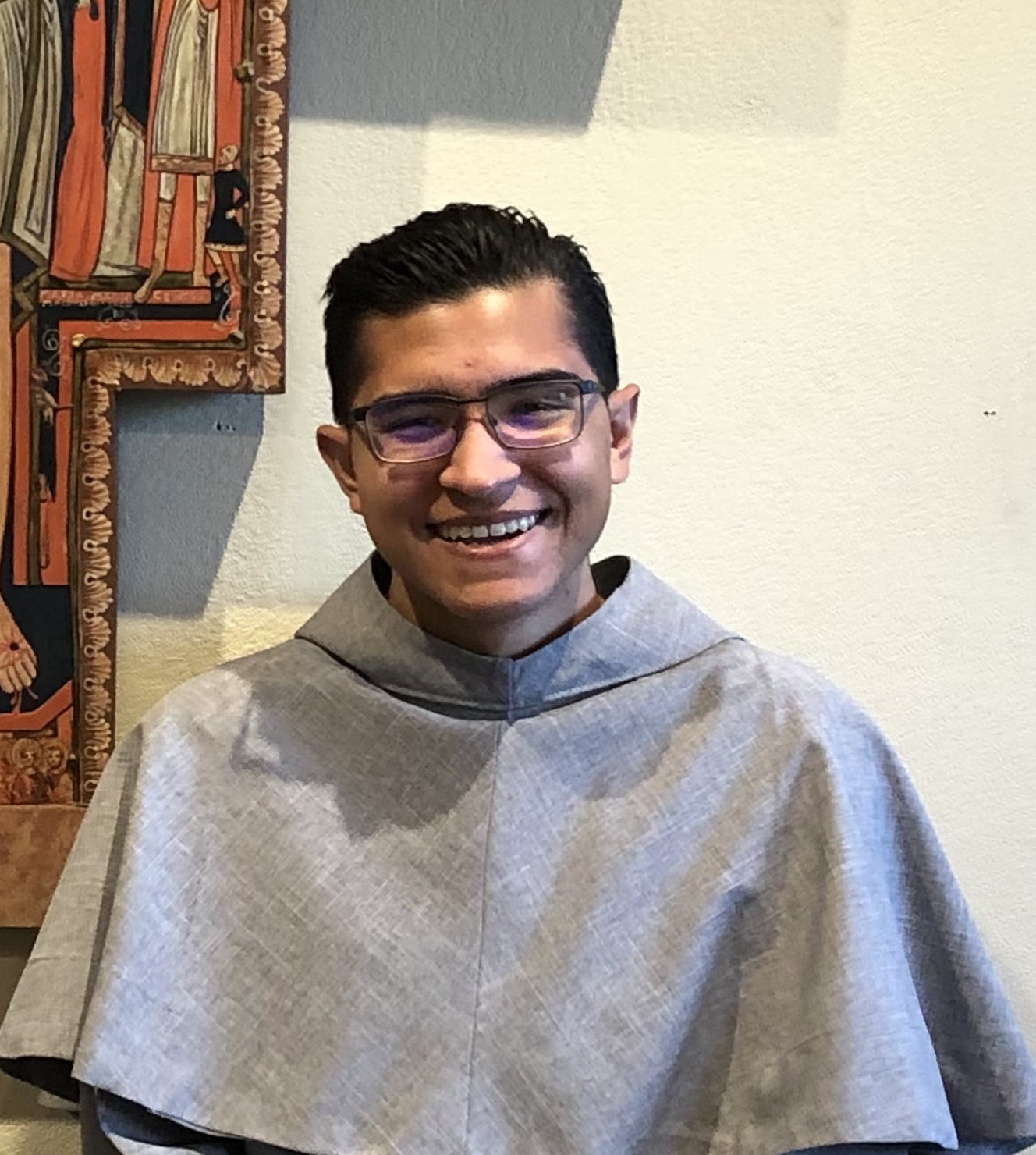 Picture yourself in medieval Rome, sitting on a balcony overlooking one of the piazzas enjoying a cup of coffee, when suddenly you start to see a large group of friars leaving one of their convents. At first you think nothing of it; it is Rome after all. After closer inspection, you notice that some friars are running away and others are chasing them while holding sticks and yelling profanities. In the ongoing chaos, you see some of them trip over their habits and sandal straps, and get trampled and beaten. The larger group manages to find a safe haven in another convent, from the look of it. In the ensuing chaos, you see some Swiss guard members trying to prevent the fighting, but it is simply too much. And suddenly this piazza becomes the center stage of a huge dispute amongst religious. You look baffled and confused as to what is going on. Why are friars fighting amongst each other? Are not religious supposed to uphold moral values? What is going on? Aren’t all these friars Franciscans?

The Franciscans are a Catholic religious Order well-known throughout the world, having roots that reach back to a plethora of cultures and faiths. The way the Order came to be was not easy. The Order was begun by Francis of Assisi when he wanted to live a life of poverty, chastity, and obedience to God. He preferred living a simple lifestyle than the well-off lifestyle he enjoyed as the son of a cloth merchant. The Franciscan Order was officially approved as a valid way of life in the church when Pope Honorius approved it in the year 1223, and this would mark the historical existence of the Franciscan Order. The Order of course grew quickly in Italy, especially in Assisi, Begnoregio, and Padua. Eventually, the friars were able to travel and further expand throughout the rest of western Europe. Eventually, the friars grew in number to the point of them being able to go on missions, especially to North Africa and parts of the Middle East. The Franciscans were also the missionaries that accompanied the crusaders in the sixth and seventh crusades. Fast forward to the early Renaissance era, and we find the Franciscans grown, not only numbers, but also as educators, artists, and intellectuals in western Europe. But with this growth and prosperity came also division and infighting.

During the dawn of the sixteenth century, the Franciscan Order was still undergoing change and turmoil amongst its ranks. The issue? What became known as the poverty controversy, or the critique that the original spirit of Francis when he founded the Order was dwindling by the renown and education the friars were now obtaining.1 This eventually led to the formation of a branch within the Order called the observanti, or the “observants of the true vision of Francis,” and this group preferred the modest hermitages of the countryside to the luxurious living in the big cities. At the same time, the other group of Franciscans saw this critique as an absurdity, and they accused the observanti of failing to see the contemporary needs of the times and change accordingly; they were nicknamed the conventuali, because of their decision to remain living in conventi, or convents, in the cities. The years 1514 to 1516 was a time that fostered accusations and conflict between both groups because of the disputes over living the correct way of life. Both groups fell under the same order of Friars Minor, meaning that there was no distinction between the groups, although each had its own superiors to whom they would adhere. There was still a dispute and critique waged against each other. The infighting was so intense that some European monarchs were begging for the Pope to address this conflict, since it had become an issue anywhere that had a Franciscan presence anywhere in Europe. The Franciscans were all over Europe, with the number of Friars being somewhere around 25,000.2

But in the year of heightened Franciscan conflict, 1517, Pope Leo X summoned all the Franciscan superiors to the friary of Ara Coeli in Rome for a discussion of the forthcoming Papal Bull that was meant to unify and reconcile both groups and prevent any further division.3 Leo’s intent with the bull was to reconcile both groups and prevent further division among them.4 The Papal Bull named Ite et Vos stated that the conventuali were to be obedient to the observanti minister general, and that the superior general of the conventuali would be relegated to master general. This action would result in the conventuali being absorbed into the observanti group. Although this may not sound of high importance, the years of tradition and legacy of the conventuali, having built and established schools, providing care for the sick, poor, and the general public of the big cities of Europe, made this papal decision feel like a slap in the face to the conventuali. Church tradition, according to religious dictates that the daughter branch, in this case the one that came after, would never absorb the mother, since the mother is the first of the two.5 The conventuali, upon refusing to give up their name and choosing to disobey the Papal Bull, attacked the observanti in a fit of rage. They started with shouting, and then commenced to outright fighting the conventuals in the Ara Coeli.6 The conventuali were running across the piazza in Rome and into the courtyard of another friary nearby named Sancti Apostoli. To this day, Sancti Apostoli is the curia, or house where the Minister General resides for the conventuali, and Ara Coeli became what Sancti Apostoli is to the observanti.7

As a response to the imminent absorbtion of the conventuali, the Cardinal Protector of the Order (Cardinal assigned by the Pope as a spiritual guide to the Franciscans) Domenico Grimani (1461-1523), intervened in favor of the Conventuals, stating that the daughter branch should not absorb the mother. However, this caused Pope Leo X to further review his decision in the Bull, and a couple of weeks later, on June 12, he came up with the first minuta (revision) of Ite et Vos named Omniptens Deus.8 This revised edition strove for a peaceful co-existence rather than a merger or “unification.” The conventuali would be allowed to elect their own superior. However, this minuta also stated that the Conventual Minister General would still be reduced to Master General, and after the first election, the Conventual Master General and provincials would have to be approved by Observant leadership.9 The Conventuals never requested approval from their superiors in any occasion, and the complaint placed by the Observants was responded to by the Pope, and as stated, he allowed the Conventuals to elect their own superiors autonomously “for this one time only.”

During the next 100 years, historical documents are rather inconsistent with the use of Master General or Minister General.10 What followed immediately after Ite et Vos was a battle for friaries (religious houses) in important locations.11 One of the main disputes was over the friary in Toulouse, France that belong originally to the Conventuals. The Observants sought this house, but they were met with resistance in the form of protests on behalf of the people. The King of France revoked the excommunication of the Observants in France and the Observants eventually won out in obtaining the Toulouse friary, one of the most influential houses for the Observants for years to come. The fifty Conventuals who refused to become Observants were therefore imprisoned on December 3, 1522.12

Another issue was encountered in Graz, Austria, where the Conventuals were out of their house during the feast of Corpus Christi, and in the midst of that feast, the Observants went and locked the Conventuals out of their house. During this time, a group split from the Observants. This group was formed by Matteo da Bascio. This Order would eventually become a very popular one, even today. This break-off group was under reassurance to be merged back into the Observants, but they managed to avoid being merged back in when they stated that they would be mentored and under the protection of the Conventuals until they were officially autonomous in 1619.13 Unfortunately, most of their superiors, including their initial founder Matteo da Bascio, left the church and chose to follow Calvinism. Until 1619, they were known as the reformati or break off group; but until 1619, the particular style of habit made them choose a simple yet well-known name that would be the name we are familiar with today: Capuchin.14 Thus the Capuchin Franciscans were born. They grew to be rather numerous in various parts of Europe. They focused on hermitages, retreats, and working with the poor in the outskirts of the cities, but they never looked down on the Conventuals for adapting to the life of the bigger cities, since living in a big city requires a different interpretation of poverty and the methods to spread the influence of the Franciscan charism changes.15

After the split in 1517, there were attempts by friars to move from one group to the other, but Ite et Vos solidified both of the groups as independent and valid in the church’s eyes. As a result, this allowed both groups to focus their work in their specialty and ministry. For instance, the conventuali became actively involved in academia and in a plethora of disciplines in academic circles, as well as being at the forefront of many innovations and inventions in multiple disciplines such as math, science, linguistics, and music to name a few.16 The observanti, although having groups split from within, were to a certain extent the friars that first arrived in the new world and ultimately established Catholicism and the missions in the United States as well as in various parts of North and South America.17 The Bull, although resulting in what many may call a conflict, created an opportunity for growth for both branches and allowed for ministry and their own identities to be developed and make the impact that both groups did in the decades and centuries afterward.

Hello, my name is Friar Roberto Macias-Marin. I am Franciscan studying International and Global studies as well as Philosophy. I have a tender heart towards helping the Latino community, especially the immigrant population as well as a passion for the scriptures and how the latter can be adapted and learned from in our modern era.
Author Portfolio Page