Ivar The Boneless: King Killer And Scourge Of England 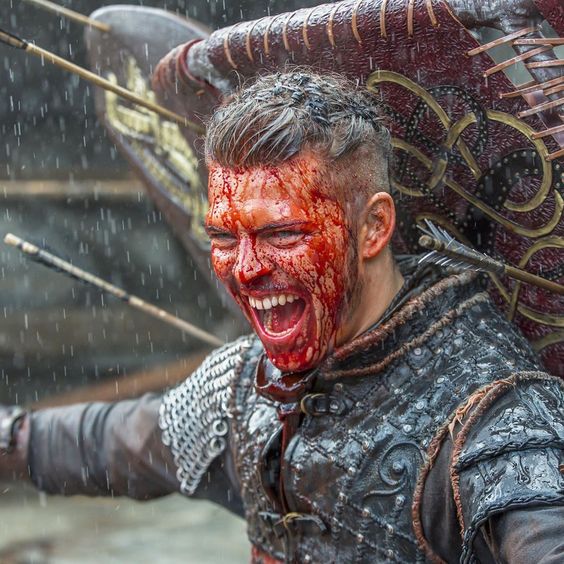 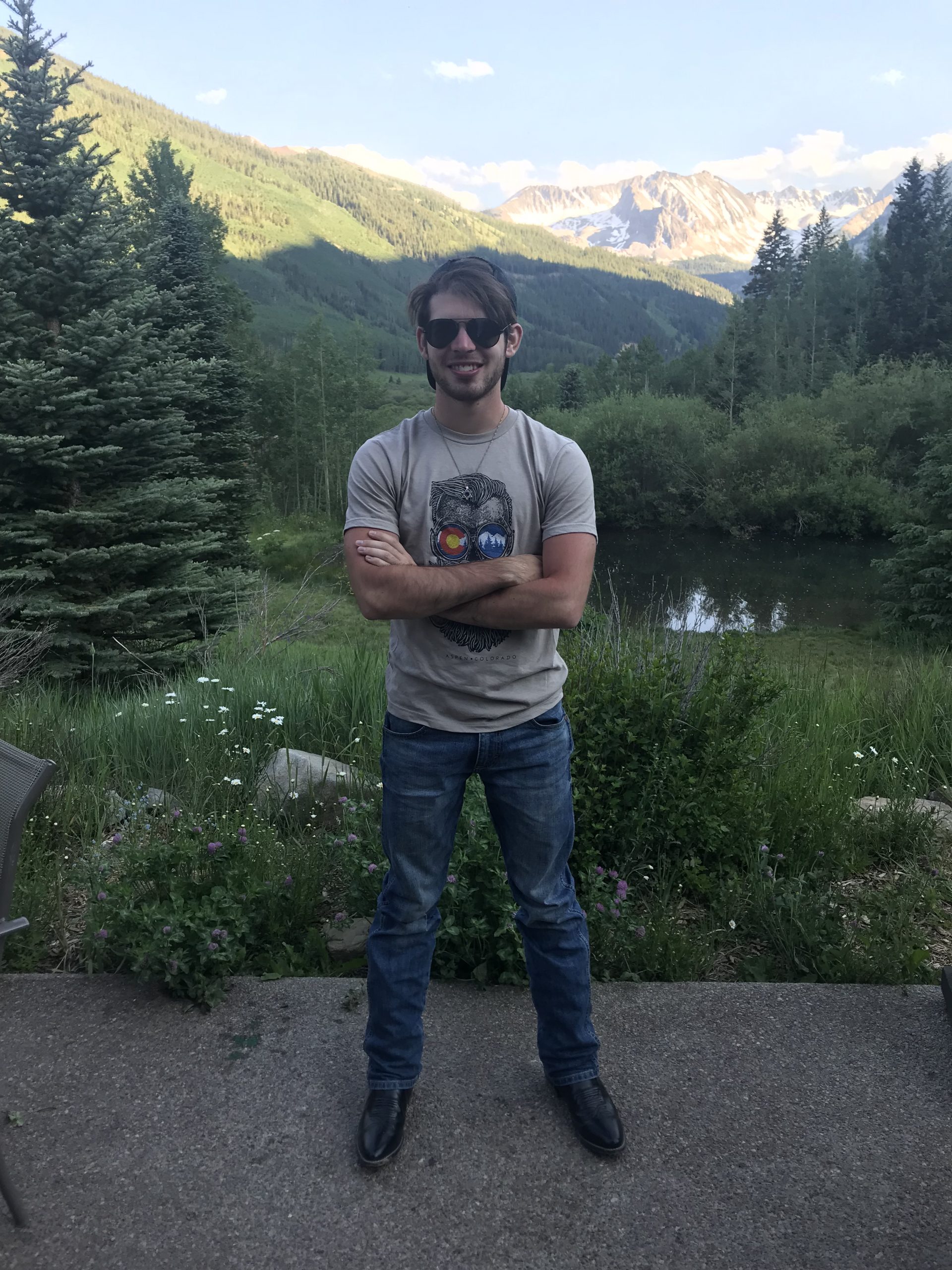 865 AD, Northumbria, England. It is a cold and dreary afternoon in the Northumbrian woods. The dark clouds gathered in the sky as Ragnar Lothbrok, King of the Danes, sits captured above a pit of vipers, awaiting his fate. King Aella, the Northumbrian king, stands before the defeated Dane triumphantly. Valhalla was close at hand. Ragnar’s thoughts shifted to his sons, and he declared a prophecy to Aella: that the sons of Ragnar will one day arrive on English shores to wreak vengeance upon the Northumbrian kingdom and all of England. Aella chuckled, brushing off the pagan king’s words as silly Viking magic; and with that, Ragnar was promptly thrown into the pit. Ragnar stared at his foe from below as the vipers bit him from all sides, the venom coursing through his veins. The king of the Danes was dead, and the pagan threat to Northumbria finally defeated.1 Little did King Aella know that he had ignited the vengeance of a Viking warrior so ruthless and so horrible, that the mere mentioning of his name would incite terror amongst Saxons, Norse, and all the inhabitants of the British island alike for ages to come: his name was Ivar The Boneless.

Ivar Ragnarsson, better known by his moniker “Ivar The Boneless” was the eldest son of the legendary Danish king Ragnar Lothbrok and his wife, Aslaug. He was regarded by the Nordic Sagas as the cleverest and most cunning of Ragnar’s sons. It is not understood how he achieved his strange nickname; and later Viking media and entertainment has provided multitude of interpretations on Ivar’s supposed metaphorical lack of bones. Ivar may have genetically contracted a type of degenerative bone disease or he may have been handicapped; however, his prowess as a warrior seems to refute such claims.2 The Nordic saga, The Tale of Ragnar’s Sons, suggests that Ivar was highly likely suffering from a rare case of impotency, describing him as lacking any “lust or love”; hence the sagas grant him the nickname “boneless.”3

Ivar’s story began in Scandinavia, following the events of his father’s death. The tragic news of King Ragnar’s demise eventually reached the Viking lands, where Ivar and his brothers patiently waited for their father’s return from raiding. In all, the brothers numbered five: Bjorn Ironside, Sigurd Snake-in-the-eye, Halfdan, Ubbe the Dane, and Ivar. Ivar and his brothers swore an oath of revenge, promising not to rest until King Aella was dead. Together, the sons of Ragnar summoned all of the loyal Danes and Norsemen of Scandinavia, assembling the largest army the Viking world had ever seen: The Great Heathen Army. 4

It is said in the Norse Sagas that Ivar was actually not as eager as his brothers to wage war with King Aella. According to the Tale Of Ragnar’s Sons, Ivar did not join his brothers in the initial battle against Aella, due to the fact he and his men refused to fight. The sagas explain that Ivar actually approached Aella and asked to be recompensed for his father’s death. Aella agreed to give Ivar as much land as he could cover with a large bullhide, in exchange for Ivar to refrain from raiding his lands. Ivar stretched out the hide and cut it into fine string, making a wide enough foundation to build a city. From the bull hide, Ivar and his men built a large Viking garrison; and Ivar sent word back to his brothers that it was time to strike.5 This is highly likely a metaphor for Ivar’s cleverness, and not an actual event that occurred. Furthermore, the saga proclaims that the garrison was named York; but the Northumbrian city of York predated the arrival of Ivar and the Great Army and was only occupied by the Vikings after Aella’s death.

During the winter of 865, the Great Heathen Army, under Ivar’s command, arrived on the shores of the Anglo-Saxon kingdom of East Anglia. While there, the army set up camp and waited for the Spring season before proceeding into Northumbria. Once the snow melted, Ivar led the army towards York (Northumbria’s capital city) to face Aella and his co-king Osberht, capturing the city in a decisive battle in 867 AD. The battle was brutal and bloody, as Vikings and Saxons went toe-to-toe, crushing skulls and clashing swords. Cries of “Odin!” and “Tyr!” the ancient Norse gods of death and warfare respectively, rang loudly. Ravens, waiting eagerly to scavenge of the carnage, flew through the air. After the dust of battle had settled, the Saxons were finally defeated. Osberht was killed, and thus King Aella surrendered, now at the mercy of the sons of Ragnar.6

Ivar was eager to gain his revenge. Indeed, Aella’s fate was to be executed, but Ivar desired a spectacle. Promptly following the battle, Aella was brutally tortured by rite of the Blood Eagle: an extremely painful method of execution rumored to be practiced by the ancient Norse. The ritual is mentioned only twice in the Nordic sagas, and historians have never proved such a ritual to be true, or that Ivar himself practiced it.7 Nonetheless, this merciless method of execution involved creating an incision on the victim’s back to reveal the ribs, which were then broken apart with an axe and pulled back. The victim’s lungs would then be placed upon their shoulders, so that they would appear to look like the folded wings of an eagle. And it was so; King Aella was dead, and the kingdom of Northumbria had fallen to Ivar and his Viking horde.8

Following Aella’s death, the sons of Ragnar went their separate ways. Halfdan remained in Northumbria to oversee affairs there, Sigurd returned to Denmark to rule as king as his father had, and Bjorn, now a jarl of Sweden, retired back to his realm.9 Only Ubbe and Ivar remained with the army; and although Ivar’s brothers were satisfied with their victory, Ivar’s eyes looked towards further conquest. It wasn’t enough to see Aella executed; Ivar wanted all of England to know him and to fear him. Ivar wanted to carve a bloody hole into the heart of England; and he proceeded to lead the Great Army towards the southeast once again. The following year, Ivar and his army returned to East Anglia, which was ruled by King Edmund. The Great Army made quick work of East Anglia’s Saxons, conquering the kingdom swiftly. Ivar executed Edmund in a particularly sadistic manner; upon the surrender of East Anglia, Ivar ordered King Edmund to be tied to a post and filled with arrows, as a consequence for refusing to renounce his Christian faith. Much to Ivar’s joy, King Edmund died a slow and painful death, as Ivar’s men fired arrows into his body as if he were a target. To celebrate their victory, Ivar and the Great Army went on a rampage across East Anglia, pillaging and burning the monasteries that dotted the countryside.10 By 869 AD, the kingdom of East Anglia had fallen to the Vikings.

One by one, king by king, kingdoms fell before Ivar and his army, for no Saxon stood a chance against Ivar’s rage; Northumbria was now ruled by a puppet king, East Anglia was in flames, and Mercia was becoming increasingly occupied by the Danes. By the time the Great Army split in 873 AD, all of the English kingdoms had fallen to heel, with the exception of Wessex in the far south. Shortly before the splitting of the Great Army, Ivar passed the torch of leadership to the Jarl Guthrum, who would soon march into Wessex with the army’s remnants in a daring attempt to unseat King Alfred.11 Ivar’s ambitions took him elsewhere, as he renewed his contract with the Irish Viking Olaf the White. Together, they maintained a presence in Ireland and launched repeated raids into Scotland.12 Finally, after almost eight years, Ivar’s reign of terror in England was over. By the time Ivar retired his leadership of the Great Army, he had killed not one, not two, but an astounding total of three English kings. Vikings were known for their guerrilla warfare tactics and small, maneuverable raiding parties; the ability to kill an English monarch, let alone three English monarchs, was unheard of in the Viking world prior to Ivar’s time. It is a testament to the fact that Ivar’s ruthlessness and ability to be unspeakably brutal in warfare is what granted him so much prestige in the ranks of the Great Army.

Unlike many of his Viking predecessors, his father included, Ivar’s ambitions for conquest were not fueled from lack of basic resources or adventure; Ivar waged war and death simply because he found pleasure in it. Ivar left behind a shattered and fragmented England, ravaged by his years of Viking terror and warfare. His story is one shrouded in both mystery and legend; a classic tale of a son’s vengeance and the triumph (or rather excessive bloodshed, in Ivar’s case) that follows. The exact date, location, and circumstances surrounding Ivar’s death are unknown, but the Tale of Ragnar’s Sons attests that Ivar was entombed in a burial mound somewhere in England. The unearthing of a mass Viking burial in Repton, England, revealed the remains of a Viking chieftain surrounded by hundreds of his fellow fallen warriors. This grave is believed to be the tomb of the great Ivar the Boneless, but the exact final resting place of the infamous Viking still remains a mystery.13 By the time of his death, Ivar was dubbed as the “King of all Norsemen in Ireland and Britain.”14

I am double majoring in History and Theology at St. Mary's University. I am absolutely fascinated by and enjoy studying the lives of history's most cunning military leaders, including Attila the Hun, Genghis Khan, Vlad Tepes, and many others. My passions include writing music, electric guitar, studying Talmud, and reading history.
Author Portfolio Page