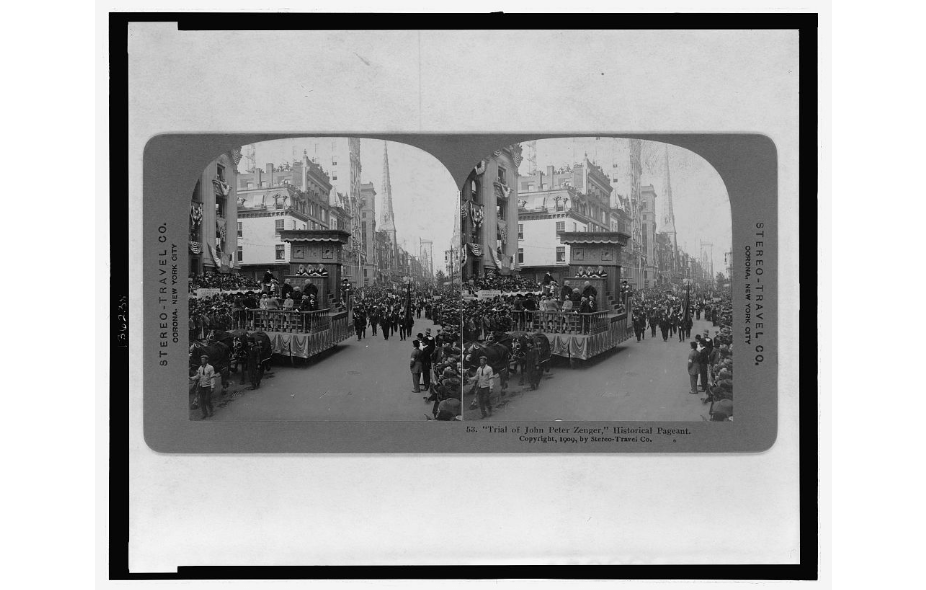 When the news of the content of Zenger’s newspaper spread, Cosby was informed of the allegations being printed against him, and became outraged by these attacks. After two failed attempts to have Zenger indicted for seditious libel, Cosby ordered the town sheriff to deliver a court order requiring some of Zenger’s newspaper articles to be burned. The order read,

Whereas by an order of this Council some of John Peter Zenger’s journals, entitled The New York Weekly Journal, Nos. 7, 47, 48, 49, were ordered to be burned by the hands of the common hangman or whipper near the pillory in this city on Wednesday the 6th [1734] between the hours of 11 and 12 in the forenoon, as containing in them many things tending to sedition and faction, to bring His Majesty’s government into contempt, and to disturb the peace thereof, and containing in them likewise not only reflections upon His Excellency the Governor in particular, and the legislature in general, but also upon the most considerable persons in the most distinguished stations in this Province.1

Eleven days later, Cosby was finally able to have Zenger arrested for the charge of seditious libel. Zenger’s bail was set for eight hundred pounds, which is equivalent to $128,000 in American currency today. Cosby was hopeful the arrest would force Zenger to reveal his sources. Unfortunately for Cosby, Zenger remained silent and refused to reveal the true authors behind the articles he published. Unable to pay his bail, Zenger spent ninety days in jail until his trial date on August 4th, 1735.2

Originally, Zenger was going to be represented by fellow anti-Cosby supporters, James Alexander and William Smith Sr. Although their designated legal team did not remain in place as hoped, Justice James De Lancey, an ally of Cosby, had both Alexander and Smith Sr. disbarred.3 Fortunately for Zenger, he was able to be represented by the well-known American colonial lawyer Andrew Hamilton. He was born in Scotland, and came to the United States around 1700. Hamilton settled in Virginia and later in Philadelphia, where he practiced law. In 1717, he was appointed the attorney general of Pennsylvania. Hamilton served in the provincial assembly and was speaker of the house from 1727 to 1739. He was also responsible for choosing the site and general design of the Pennsylvania State House, later known as Independence Hall. Despite Hamilton’s impressive reputation, he became known for his work on the Zenger case. Hamilton’s unique approach and main defense for the case was in proving that the publications of articles with truthful content cannot be considered libelous.4

In Hamilton’s opening argument he stated, “I cannot think it proper for me to deny the Publication of a Complaint, which I think is the right of every freeborn subject to make when the matters so published can be supported with truth.”5 Hamilton went on by reiterating the difference between truth and false libel. He declared that libel must be both harmful and false. He explained to the jurors that if they found Zenger guilty of this charge, they would be implying that truth is a greater sin than lying. In a strong final statement, Hamilton argued, “[This case] is not the cause of one poor printer, of New York alone, which you are now trying. No!… It is the cause of liberty.”6 It was not long after the conclusion of the trial, that the jury returned with a not guilty verdict.7

The case against John Peter Zenger established more than just a precedent for the freedom of the press; it also proved that it is possible for people to fight against unjust rulers as well as fight for liberty. Zenger passed away forty-five years before the first amendment was ratified, instilling freedom of the press into the Constitution. Although he was not alive to witness the ratification of the Bill of Rights, he was one of the brave souls who helped begin the up hill battle that allowed Americans to receive these liberties.