Las Mariposas: The Mirabal Sisters’ Role as Heroines of the Dominican Republic 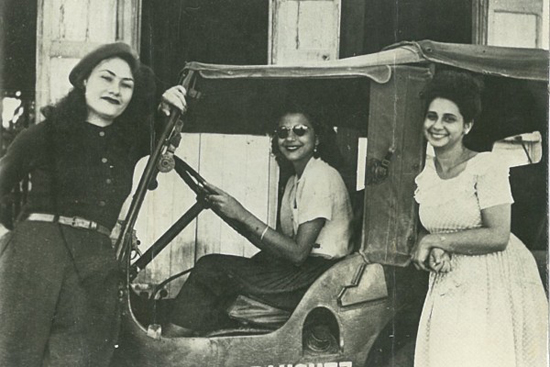 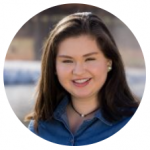 The Mirabal sisters, three resilient and determined women, sought not only to serve as advocates for women’s rights, but ultimately to act as heroines for their country. Patria, Minerva, and María Teresa Mirabal lived with their family in Ojo de Agua in Salcedo Province, Dominican Republic. Their parents were successful land and business owners, and the girls lived a very conservative and humble life.1 The girls were taught the importance of education by both of their parents who worked hard to send the girls to the Colegio Inmaculada Concepcion in La Vega, a Catholic Boarding School.2

The sisters grew up during a time of intense turmoil in their country. In 1930, the Dominican Republic was placed under the rule of Generalissimo Rafael Leonidas Trujillo Molina.3 Trujillo served as the dictator of the Dominican Republic for nearly three decades, and his rule “established the most totalitarian control over his people that any Latin American country had theretofore experienced.”4 His rule included instances of bribery, murder, the disappearances of anything or anyone who challenged him, sexual advances towards a number of unwilling women, along with a number of other injustices.5

The Mirabal sisters, being the strong, intelligent, and outspoken women that they were, realized that they were unwilling to live under Trujillo’s corrupt and harmful regime. Their involvement and leadership in the revolution against Trujillo was unprecedented, not only because of the “essentially passive role [of women] in Hispanic societies,” but also due to the fear that a majority of Dominican citizens had of Trujillo.6 Still, though, three of the Mirabal sisters–Patria, Minerva, and María Teresa–along with their husbands, became symbols and leaders of political activism and opposition to Trujillo and his regime. Specifically, by 1960 the women and their husbands became synonymous with “the underground Movimiento Revolucionario 14 de Junio (MR14J) by the code name of Mariposa (butterfly)…[and] their activities to agents of Trujillo’s secret police, the dreaded SIM.”7

The sisters and their husbands were jailed multiple times for their involvement in the various protests and movements against Trujillo.8 Their movement in opposition to Trujillo came to a staggering halt on November 25, 1960. Patria, Minerva, and María Teresa were traveling back home from a jail in Puerto Plata, where their husbands were imprisoned, when they were attacked by Trujillo’s secret police. “The three women and their driver were taken out, strangled and clubbed to death. Then, in a feeble attempt to cover up the murders, their bodies were put back in the jeep and thrown off a cliff.”9 Word of the sisters’ death spread like wildfire throughout the Dominican Republic, especially among those who worked alongside Patria, Minerva, and María Teresa in opposition to Trujillo. Their deaths were described in “Trujillo’s puppet newspaper El Caribe…[as an] ‘automobile accident’”; however, “few people at home or abroad were fooled by the story,” and Trujillo’s attempt to cover up the murder was unsuccessful.10

The bravery of the women, their refusal to stay quiet or give up, and their unwavering organization efforts against Trujillo were all integral in the events that ultimately led to Trujillo’s downfall. The Mirabal sisters, now largely known as “the Mariposas,” have come to be recognized as heroines in the Dominican Republic. The country shows their appreciation and respect for the women in “virtually every Dominican [town]…[with] some commemorative marker, school, or main street bearing their names.”11 Furthermore, the women have become symbols of women and human rights worldwide. Every year, November 25, the anniversary of the sisters’ murder, is recognized as the International Day for the Elimination of Violence Against Women; November 25 is also “the beginning of 16 Days of Activism Against Gender Violence, which culminates on Human Rights Days on Dec. 10.”12

These women are so brave and I am glad to have read this article. I had no prior knowledge of Trujillo Molina’s dictatorship and this is the first piece of information I have read about the Dominican Republic and I am glad it was about these women. It is great to learn about these types of leaders because they are the foundation for modern-day feminism. Thank you for writing this article.

Nice article. The three sisters’ work was extremely important to the Dominican Republic. They led much of the opposition to a harsh dictator. The things he did, or had done, were terrible. Without the voices of these women the revolutionary movement in the Dominican Republic would have not been as successful. It is terrible that they died in what was clearly an act of assassination, but I bet their deaths only made the love for them and their noble cause stronger.

What fierce bravery these women and their husbands had to stand against a cruel regime like this one. This was very evident in how you described the injustices by the regime as well as the fear as the people. It took these women their lives to fight for what was right for themselves and their people. A story that is always worth telling.

I have heard the story of Las Mariposas, it is very interesting and it shows the bravery that a few women had and they created change to a country. They each lived an important and unique live and struggled to fight for their believes. When I was reading the article I learned a lot, besides form the previous knowledge that I had on their story. The article is well written and it represents their story as hey are, strong women who fought with everything that they had.

Why did you leave out Dede Mirabal? Why do so many leave out Dede? She fought alongside her sisters as well but no one mentions her. There is a 4th sister.

They were traveling back from visiting their sister, Dede, in jail. She was imprisoned because of her protests alongside her sisters. She outlived them since she was not in that car that day passing in 2014

They were coming back from visiting their husbands in jail. Dede was never involved in the activities of the other sisters because she was in charge of the family farm and business after their father died.

I find the story of the Mirabal sisters inspiring, and as one that transmits courage and willingness to think and ponder over and over. Their figures resemble those of women throughout the world who did not refrain themselves in pointing at the flaws of society and asking for a renewal, as many human beings have done in history. Rafael Leonidas Trujillo is indeed a terrifying character: an incarnated brutality well depicted in La Fiesta Del Chivo, by Mario Vargas Llosa, I think. Women should always be remembered when thinking on the past: heroism is a human feature, after all

There were 4 sisters and he was try to get them killed and he was also trying to cover up what he was doing wrong and then he like got very angry and then it just kept going on and on.

I just saw new comments show up on this article. A blast from the past, and a pleasure to see you here, Victoria! Las hermanas Mirabal are my personal heroes and they have been for a long time. I cannot describe the depths of my admiration for them. They were wives and mothers who had comfortable lives and families that loved them, but they risked it all for their commitment to freedom and justice in their country. Their murder was really what ended up leading to the downfall of Trujillo’s regime. Thank you for sharing this; we should all know their names!

Your article is such a necessary read! I read Julia Alvarez’s novel In the Time of the Butterflies in high school, so when I saw your article, I knew I had to read it. The Mirabel sisters were extraordinarily courageous women, determined in their fight to bettering their country and overthrowing the Trujillo regime, and I think your article really captured their spirit. Your conclusion was especially powerful in describing their legacy that will forever live on. Great article!