Life in Iran Before and After the Revolution: How Religion Redefined a Nation 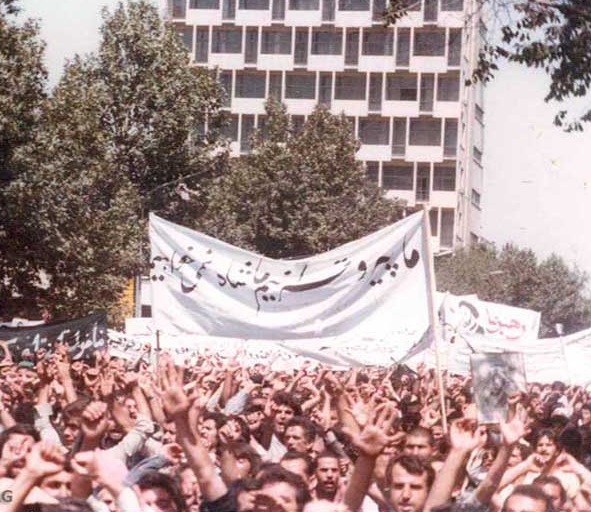 The Iranian Revolution led to the overthrow of Mohammad Reza Shah Pahlavi, the latest ruler in the Persian monarchy that had been ruling for 2,500 years. The Grand Ayatollah Ruhollah Khomeini led this revolution, and he eventually ran the Islamic republic that replaced the monarchy after overthrowing the shah.1 The Iranian Revolution transformed Iran’s government and the lives of all its citizens by making religion a key factor in all new laws that they made, as a reaction to the westernizing policies of the shah.

Mohammad Reza Shah Pahlavi was the shah of Iran from 1941 to 1979. He fostered economic development in Iran and also maintained a pro-Western foreign policy. Mohammad Reza’s father, Reza Shah Pahlavi, was an army officer who founded the Pahlavi dynasty in 1925 as he became the ruler of Iran. In 1941 the Soviet Union and Great Britain invaded Iran, forcing Reza Shah into exile, leading to his son Mohammad Reza replacing him in this position. During his time as shah, Mohammad Reza carried out a national development program called the White Revolution with the help of the United States. This White Revolution included many new developments, such as land reform, an expanded road, rail, and air network, and the eradication of diseases such as malaria. This revolution helped the shah gain signifiant domestic support, but he also received political criticism from people who believed the reforms were not doing enough or were not working fast enough to modernize Iran. Along with political criticism, he also received religious criticism from people who thought westernization contradicted Islam.2 This is what would later lead to the shah’s overthrow by Ruhollah Khomeini and his followers.

When Reza Shah came into control in 1925, the status of women changed significantly because he introduced policies that brought change to their lives. He wanted to create a state modeled after Westernism and Europeanism. Because he wanted the Iranian state to be a society with secular ideas and a modern outlook, his policies worked to liberate women. He enacted a Family Protection Act that established family courts to handle divorce and child custody cases. This gave women the right to “divorce on the same grounds as men, and both had to go in court for divorce. For marriage, the minimum age for women was raised from 15 to 18.” In addition to this the shah also “legalized abortion and created family planning and day care centers for women who wanted to work.”3 This act specifically was what angered religious citizens because it went against what they believed in. The implementation of these new policies sparked the beginnings of the well-known Iranian Revolution.

Ruhollah Khomeini, the leader of the Iranian Revolution, was the grandson and son of Shiite religious leaders. He followed in his family’s path to become a Shiite scholar and teacher. He produced a number of writings in Islamic philosophy, law, and ethics, but what made him best known among the people of Iran was his opposition to Mohammad Reza Shah Pahlavi and everything he was doing. In the 1950s he was given the title of an ayatollah, which is a major religious leader among Shiites. By the 1960s, he received the title of grand ayatollah, which made him one of the supreme religious leaders of the Shiite community of Iran. His eventual arrest sparked antigovernment riots, specifically against what the shah was implementing. He stood as the voice for the Shiite community and spoke up about how the shah’s policies contradicted what the Shiite community believed in. In 1964, he was exiled from Iran. He settled in a holy city in Iraq where he continued to speak out against the shah and call for his overthrow and the establishment of an Islamic republic. His influence grew drastically from the mid-1970s. In 1978 he was forced to leave Iraq by the country’s ruler, Saddam Hussein. Khomeini settled in a suburb of Paris where his supporters relayed tape-recorded messages of him speaking to his supporters in Iran, resulting in enormous demonstrations, strikes, and riots.4 These riots would lead to what is today known as the Iranian Revolution and the overthrow of Mohammad Reza Shah Pahlavi and the Persian Monarchy.

In January of 1979, the shah and his family fled Iran on what was officially described as a “vacation”.5 Shortly after this Khomeini returned and took control of the country as the religious leader of the revolution.6 On April 1, he officially declared Iran an Islamic republic.7 The shah and everyone in his regime, met the same fate his father did all those years ago, as they were officially sent into exile. They will never be able to return to the country as long as it remains an Islamic republic. People in the shah’s regime left their families to escape while they still had a chance to leave. Some left easily with their families on “vacations,” but others had to leave on foot through mountains hoping to survive the journey to safety, praying to be reunited with their families one day. Those who did not make it out on time or refused to leave knew they would be arrested or even killed. Many of the people in the regime struggled to find asylum and some even had to move to a few different countries before finally settling. Mohammad Reza Shah Pahlavi also traveled to several different countries before finally receiving asylum in Cairo, Egypt where he passed away in 1980 due to cancer.8

With this new Islamic republic, many new laws were implemented by Khomeini. These laws included requiring women to wear a veil, the banning of alcohol, and the banning of Western music.9 In addition to this, The Family Protection Act was voided.10 The rights that women had gained during the shah’s reign were taken away from them, and things had become even more strict. One law lowered the age of marriage for girls to eight years old, and another gave fathers the right of child custody in the case of a divorce. There was even gender segregation on public transportation on which there were fewer seats even available for women. During the shah’s reign there had been an increase of women in labor force participation, but following these new religious laws, there was a drastic decrease of women in the workforce. Some women of high-ranking positions were even forced to step down because of these new laws.11 Rights of women have improved slightly since then but they still are not like what they used to be. Everything that the shah had worked to change, westernization and liberation of women specifically, had been overturned by the new Islamic Republic.

Recently at the beginning of 2018, demonstrations arose which were organized by the royalists to overthrow the dictatorship in Iran and adopt a new monarchy that supports Westernization. The late shah’s oldest son, Reza Pahlavi, the crown prince of Iran, has expressed his support for these new protests. In an interview the crown prince had accused the Iranian government of being resistant to change, he stated, “Iran needs an overall change. All Iranians want change, it is time for change. The Green Movement in 2009 was a clear reflection that the people of Iran were, and still are, quite unhappy with the Islamic regime and its constitution.”12 He hopes this could possibly lead to him and many others finally being able to return back to their home country. Reza Pahlavi currently lives with his wife and three daughters in Washington, D.C.

The Iranian Revolution changed Iran in many ways, especially in the day-to-day lives of its citizens. Although the lives of men were also affected, the lives of women changed most drastically due to many laws taking their rights away. In addition, the lives of all those who were a part of the shah’s regime and of their families were also transformed. They were forced out of their homes and had to move to new countries and restart their lives. Many of these people are not able to return to Iran still, and some of them may never get the opportunity to go back. With how things are in the country right now, there may be another revolution arising. People are tired of the way things are in the country and want less religion and more modernization. Will this revolution take things back to the way they were during the monarchy? Will the Islamic republic be overthrown? Will women finally be liberated again? Will the royal family finally be able to return to their home? As of now, none of these questions have answers, only time will tell what is in store for Iran’s future.