Michelangelo and the Truth Behind the Sistine Chapel 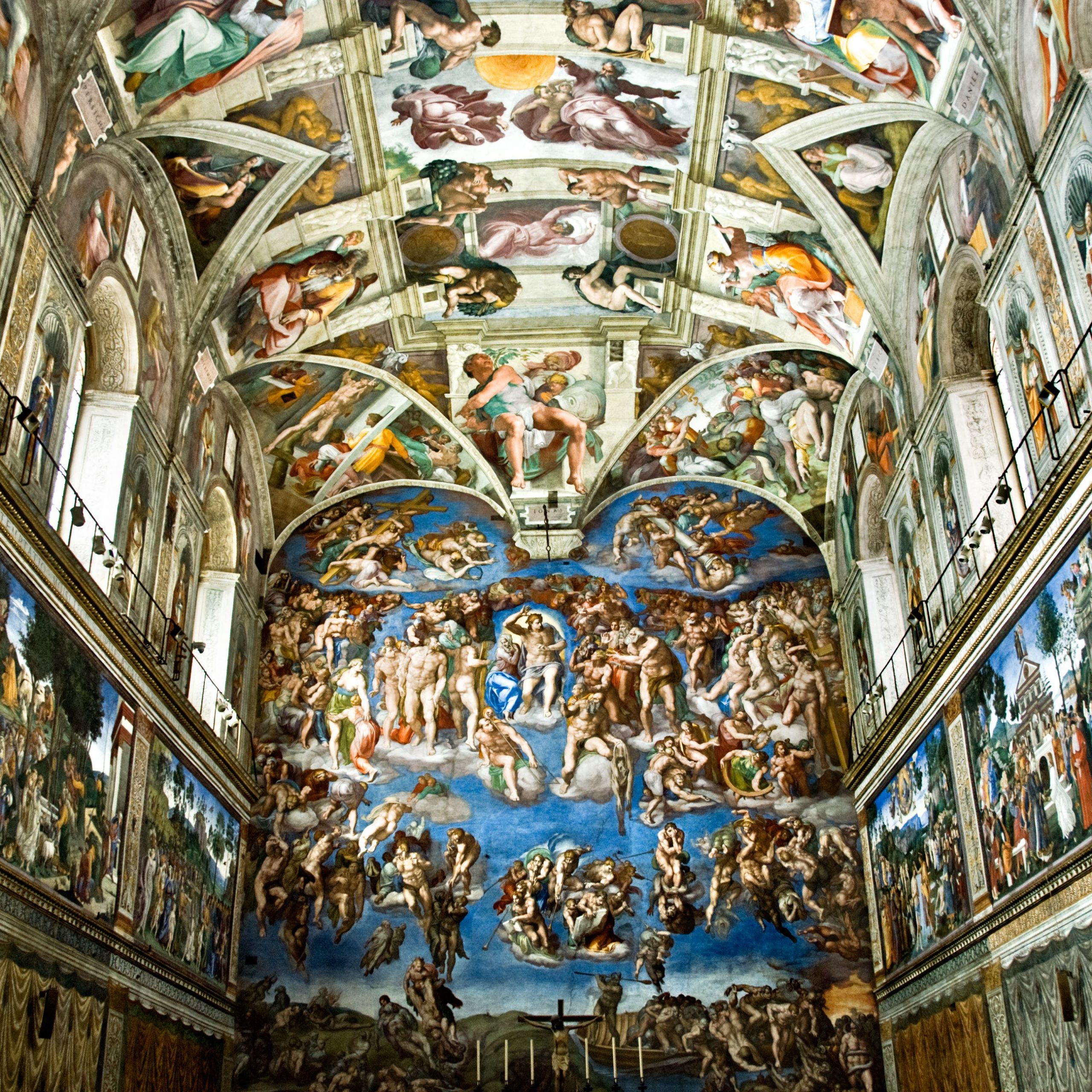 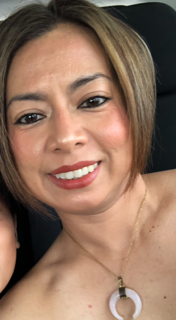 When one walks through the doors of the Sistine Chapel and looks at the ceiling above, one is truly amazed by the beauty of the marvelous paintings there, all created by Michelangelo. One can truly wonder what he went through during that time. Not realizing that he would regret taking the job, for it was not the kind of work he did; but out of respect for Pope Julius II, he took it on. Little did Michelangelo know, he would never be the same, during the work, and after the completion of that Sistine Chapel ceiling. Many other painters have wondered whether they could ever take on such a tremendous job like this, given what it cost Michelangelo. Was it worth the money? Was it worth all the back pains and depression that he received from this job? Michelangelo might answer no, it was not worth it. Knowing what he went through, he would not hesitate at all to turn down the job. But he did accept it, and we are left with his brilliant paintings to see for many generations to come. We have long known that he truly was one of the greatest artist who ever lived.

Before Michelangelo began work on that ceiling in the Sistine Chapel, he had already done previous magnificent sculptures, like the Bacchus, which he completed around 1497, and the Pieta, which is the only piece he ever signed. And the only reason why he signed it was because he became upset when he heard a stranger telling people that the Pieta had been done by a sculptor named Giobbo from Milan. Michelangelo wanted to make it known that he was the one who created the Pieta. So he broke into the chapel that held the statute and carved his name into the marble that said “Michelangelo fecit,” (Michelangelo made this) and was completed in 1499.1 Word had got around about the marvelous work Michelangelo had done on the Pieta and how much detail he had put into his work. He was called the “great builder.”2

Pope Julius II, known as “papa terribile” (terrifying), was sixty-three years when he became the pope. He was well-known for his violent outbursts followed by beatings with his cane against anyone that did not do as they were told. Despite all that, he had heard of the great work Michelangelo had done, and immediately wanted his services. In 1505, Michelangelo went to Rome. At first, he was very pleased to have been welcomed by the Pope, but he was not sure what the pope wanted him to do. Julius II asked him to create a tomb for himself. By this time, the tension between Michelangelo and the Pope were just the beginning.3 The Pope had other projects he wanted for Michelangelo to undertake. He requested a statue of bronze of himself that would stand fourteen feet high. It would be for the church in Bologna. It was then that he brought up the painting project in the Sistine Chapel. But Michelangelo refused many times, clarifying that he was no painter but a sculptor. While working on the Popes’ tomb, he felt that he would never finish it, with the many interruptions by the Pope. Julius II so wanted for him to take on the job regarding the request of the Sistine Chapel fresco painting, but Michelangelo was more interested in working on sculpting. The Pope stopped him from working on the tomb, which angered Michelangelo so much that he left for Florence. He wanted so much to complete the tomb. Michelangelo realized that it was difficult for them to agree on anything, given the mutual animosity they were now feeling for each other.4 But after refusing the Pope many times on painting the fresco ceiling, Michelangelo decided to take on the job, for his strong beliefs in God and the church drove him back to Rome. He believed that God had given him his talents in order to paint the Sistine Chapel ceiling. Michelangelo believed that God was with him always while he was painting and creating the beautiful creations, and it was to  spread the word of God through the Old Testament in his paintings.5

In 1508, Michelangelo began work on the frescoed ceiling; he was thirty-three years old when he started. Michelangelo had never worked with fresco walls before. The fresco ceiling  was 12,000 square feet; he knew it would take quite awhile to learn his way around the ceiling. During this time, he learned which paints to use and which techniques would set in with the fresco walls, not to mention that it was hard to work with an old ceiling that had accumulated a great deal of mold throughout the years. It had chipped paint and spider webs, making it difficult to even start work smoothly. Pope Julius hired assistants to come help Michelangelo with the scaffolding that would allow him to work at those high ceilings, which turned out to be a huge problem and caused chaos among the Pope and the assistants. Not agreeing on the design of the scaffold, Pope Julius told Michelangelo to do what he saw fit; and once again, Michelangelo found himself with more work just creating the scaffolds’ design. Michelangelo was no engineer, but the way he created the scaffold allowed him to work standing up and have the floor clear from anything being in the way of the Chapel.6

Another set back that caused anguish to Michelangelo was the winter months that would make it hard for the paint to dry on the fresco ceiling. It would not absorb the colors properly, so the paint would flake off. Even regarding some ideas on the fresco ceiling that the Pope had in mind, to Michelangelo made it hard to complete his work.7 With so much going on regarding the fresco paintings, Michelangelo often wrote letters to a friend named Giovanni. In one of his letters, he describes the misery he has had to endure during that time. He writes about how his body aches, while his skin is being stretched and his neck hurts. He begged for his friend to come rescue him, for he is no painter and not in a good mindset.8 During this time, Michelangelo felt more and more resentful and unhappy. He laid off all the workers, but was committed to finishing what he started; after all, he was told by God that he must do the painting.

After several attempts from the Pope trying to invade his work, at times he would lock the Chapel to prevent having to argue with Julius; and he didn’t want his work to be revealed to the Pope before it was complete. The Pope would constantly barge in, demanding to see what Michelangelo was getting paid to do, that he had a right to see what he was doing. He demanded that Michelangelo finish, and his response was: only when “it satisfies me.” This was going on constantly. At one point during an argument, Pope Julius II hit Michelangelo with his cane, but later made his peace with Michelangelo after that incident.9

At last, the Sistine Chapel ceiling painting was complete on October 31, 1512; after four long years, Michelangelo was finally done. Michelangelo was thirty-seven years old when he completed the fresco paintings, and Pope Julius II was amazed at his masterpiece and wanted everyone to come and see the marvelous creation. Michelangelo, himself at the completion of the fresco paintings was left with aches and pains but looking up at his work that even he was filled with emotions that he had finally finished. The Pope held a mass for people to come look at Michelangelo’s work. Even days, months after the completion people would go to the chapel to see the marvelous fresco paintings and were so amazed of how alive the images looked, that’s all they talked about throughout Rome and for the many more years to come.10

Michelangelo left a remarkable sight for all to see. He created images from the book of Genesis, including the creation of mankind. And all were “ignudi” (nude) in his paintings. He had done an amazing job, so stunning in his skill of art and techniques that made his art come to life in the human form. This had never before been done in marble or paint the way Michelangelo did; he brought every detail in every painting he designed to come out as if the paintings were actually there in person.11 In the end, Michelangelo was not the same. His body was tired as well as his mind. But he was content with his work. After all, it was God who told him that it had to be done, especially with everything he had to go through with the Pope. It left him with relief that at last he was done. Only four months after the fresco paintings were completed, Pope Julius II (il papa terribile) died at the age of sixty-nine years old.12 So, not considering himself as a painter, Michelangelo was wrong, because after the many years that have come and gone, many people today travel from all around the world to see his fresco paintings inside the Sistine Chapel. One can come and spend hours admiring his work, and wonder how in the world he could paint this, not realizing that all who come consider him to be one of the greatest painters of all time. Today people have studied his work and not even come close to creating what he designed; it would take an artist that was given his talent by God to even match what he did. We are all left with his work which he has left behind. He has given us a gift, the creations of Michelangelo, and for many generations to come, people will still see his work and still wonder how he did such an amazing masterpiece, from a man who thought he was no artist!

I would like to thank Dr. Whitener for his help in the early stages of this project, particularly in helping me with the approach to take in my research and his assistance in the editing phase of the project. I would also like to thank Matthew Gallardo for his assistance in taking the time to tutor me with ideas for my article. And I am most grateful to Dr. Whitener for his encouragement to help me see the importance of this project for how it could be helpful and useful to others. Because without his help, I never would have thought that I could have accomplished this at all. It has been a wonderful journey bringing this article to publication, and I appreciate the help and advice of my St. Mary’s team.

Hello I’m Aurora Torres and I’m a History Major here at St. Mary’s University and a full time Employee here with the University. History is my passion I love going to Vintage shops, museums and exploring anything that can take me to the past.
Author Portfolio Page