Mining: Poison to the Environment? 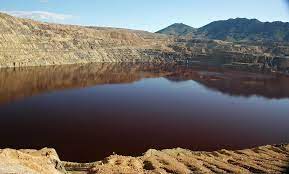 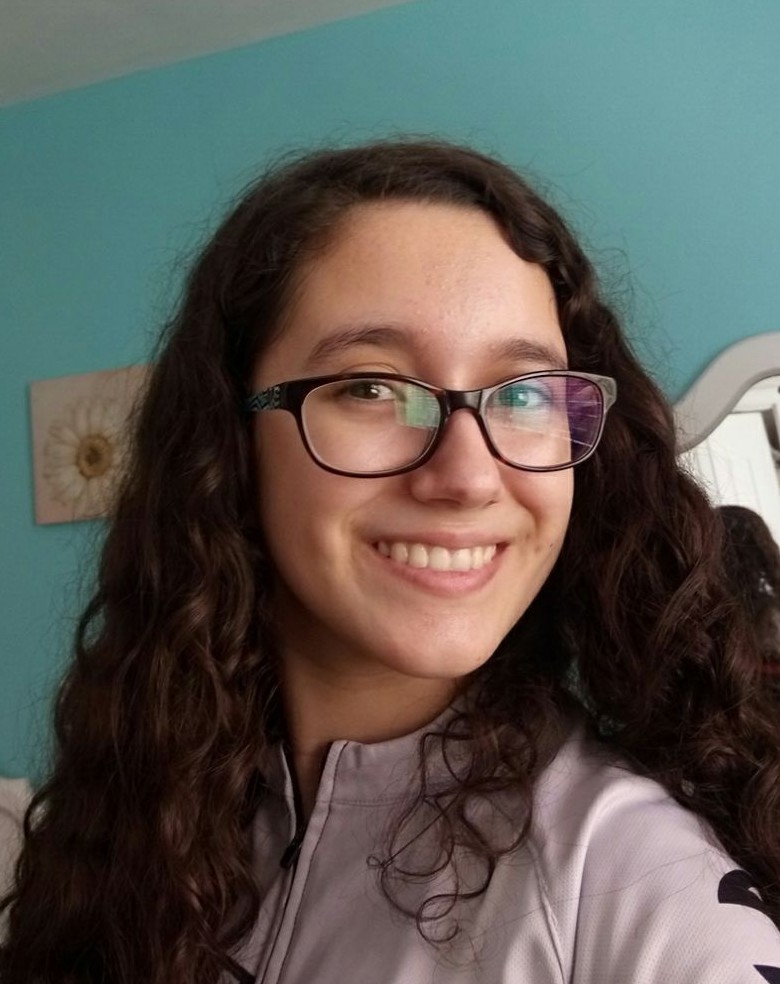 Southwest of Montana at almost two thousand feet deep, Berkeley Pit gleams menacingly at those who dare approach. Heavily acidic waters fill up approximately 900 feet of the Pit and the brown shine of the water reveals the inherent danger it presents. It has killed more than three thousand snow geese from exposure to its acidic metals, and it endangers the groundwater tables for local towns. This former open-pit copper mine in Montana is a lethal cesspool of toxicity. How did it reach this point? To truly explain this ecological disaster, we first need to explain the effects mining can have on soil health and the purity of water.

Mining is an important industry. Many of our most prized possessions and technologies are only possible due to mining the earth for precious raw metals and minerals. The metals in our phones, the materials in our buildings, the fuels we use for energy such as coal or oil; all of these are obtained through mining. Steel, which is composed of a mixture of iron and other elements, is essential for buildings, machinery, and vehicles. Copper, for example, conducts electricity well and is used in electrical wiring.1 Without mining, our world would be significantly more primitive. In the United States, mining provides more than 500,000 jobs directly related to the industry, and indirectly, an additional 1.8 million jobs to those in the engineering and manufacturing industries who utilize the products in their creations.2 Clearly, mining is crucial in our modern society and without it, our world would be much more underdeveloped.

However, despite these significant contributions from the mining industry, the current style of mining is harmful to our environment in a variety of ways, including the toxic pollution of soil and water. Because desired resources are typically present as only a few percent of the total volume of a mineral deposit, mining produces significant amounts of waste material that are often not disposed of properly (See Figure 1). Waste material, or gangue, refers to mineralized rocks that do not have high enough concentrations of profitable minerals. It is more cost-effective to simply dispose of these materials at or near the surface, rather than to extract the minerals within. Exposed to the atmosphere, natural chemical processes affect these waste materials and they can begin to release toxic compounds for long periods of time, even after the mine responsible for them has closed.3 Thus, one needs to consider how these disposed materials could possibly affect the surrounding ecosystem in the long-term, as well as design possible solutions to combat these adverse conditions.

Researchers in the field of landscape ecology have created several technologies and models to measure the impact mines have on ecosystems. As a research discipline, landscape ecologists focus on using landscape models (computer simulations) to map an area in a way that focuses on the interaction between environmental processes and economic systems and non-living and human factors affecting it.5 Because of the complex relationships between mining and its surroundings, landscape models are often used to assess the environment of mines and surrounding areas. Researchers also investigate whether the rate at which ecological resources are being consumed from an area is comparable to the rate at which they are being restored.

Additionally, researchers also employ geoenvironmental models, which anticipate possible chemical and physical weathering (the surface and near-surface processes during which rocks break down) and determine the baseline conditions before the mining can begin.6 These different types of studies are useful because they determine whether the interactions between resources and the landscape associated with a mine are forcing unhealthy amounts of pressure on an environment, aiding scientists in determining the overall impact from mining on the ecosystem.7

One of the largest mining sites in the world is located near Dingnan County in the Jiangxi province of China. Researchers there have collected samples of soil and water to analyze them and compared the concentration of rare earth elements in such mining sites to control sites (such as streams and soils with little access to mines). One of their discoveries was that the total concentration of rare earth elements in stream water samples in this mining site were “hundreds to thousands times higher than the world’s freshwater”.8 Similarly, the average concentration of these elements in sediments and farmland soil was several times higher than background levels in the control sites.

The researchers warned that such high concentrations may cause “environmental and health damages”, and that further studies needed to be conducted to determine how bad the risks are for such environments.9 In addition to rare earth elements, one compound that demonstrated higher concentrations in the streams affected by mining was sulfate. These sulfur-bearing ionic molecules can increase the acidity of an environment, and may lead to incidences of acid rain. The researchers discovered that ecosystems near mining sites have a high concentration of these rare elements in comparison. Strong soil weathering and leaching were evidenced as well, which means that these elements can spread to other water sources.10

These types of mining impacts from mining are not limited to these Chinese mines. Around the world, elements from mining sites are spread through waste material leaching into the ground and water systems. Chemical weathering dissolves the materials and makes it easy for residual amounts of potentially toxic materials to spread to surrounding rivers and agricultural soils. It is particularly troublesome and dangerous in the case of water sources as water is constantly flowing and may spread through much farther distances.11 “Water may interact with disturbed mineralized material, absorbing heavy metals and changing pH levels, before flowing into other water sources”.12 Contaminated water and soils are incapable of producing healthy food, endangering the local communities near mining sites as well as the local wildlife. Elements in polluted water may increase the chances of suffering from different types of cancers, cardiovascular and/or neurological disease.13 Long-term exposure (such as in food or water) to rare earth elements may also cause different mental illnesses and increase bone cancer rates in people.14

This brings the story back to Berkeley Pit in Butte, Montana, an open-pit copper mine that operated from 1955 to 1982. Open-pit mining refers to a style of mining where the miners extract minerals and rock by blasting soil and vegetation to access the underground layers of ore, creating a large pit in the ground. The techniques involved in this style of mining produce significant amounts of waste rock, and due to the deep burrowing into the ground, may cause interference with groundwater.15 This is exactly what occurred at Berkeley Pit. When the mining operations were active, groundwater had been purposefully pumped away from the mine in order to prevent contamination. However, after it closed down, the mining company in charge of this stopped the continued pumping, and groundwater rose and seeped into the mineral-laced soil and rock of the mine (Figure 2).

“The decision to shut down the underground pumps meant that 2-3 million gallons per day of acidic, metal-laden water flowed out of the underground mines and into the Berkeley Pit, creating a 40-billion gallon body of contaminated water. The presence of oxidized sulfide minerals brought the pH levels of the water to 2.5-3, between that of cola and vinegar…The water contained 15 times the acceptable EPA [Environmental Protection Agency] level of arsenic for drinking water, 7 times the lead, and 430 times the cadmium, all pollutants picked up as the water traveled through the underground mines”.17 The contamination of Berkeley Pit has already claimed wildlife as victims. Since 1995, approximately several thousand migrating geese have landed in the waters of the mine, hoping for a resting place, only to perish at the toxic contact with the sulfur-laced waters.18 Left alone, the toxic waters would overflow the pit and contaminate the aquifers and soils of the town, endangering their drinking water sources.

To prevent such further damage to the ecosystem at Berkeley Pit, which lies incredibly close to the town of Butte (See Figure 3), the EPA decreed the area in need of significant water treatment. A water treatment plant was built, and is currently treating the toxic water on sites, purifying and sampling it to ensure it meets safety regulations. Afterward, the now clean water will be sent to local creeks. Although this water treatment is of tremendous help, the Berkeley Pit contains approximately 50 billion gallons of this metal-rich water, and it will take many years before the ecosystem can be considered rehabilitated.19

In addition to water treatment facilities to deal with the after-effects of the contamination, several mining companies are employing preventative Cleaner Production strategies to minimize impacts of pollution at the source before it can even begin. This type of strategy involves implementing reviews, monitoring practices, and reporting systems into mining operations to prevent the mismanagement of waste materials. Further inputs in this strategy involve consulting the local people at these mining sites to gather insight as to potential problems or solutions, and working alongside them to assure the prevention of possible harm to their community, before, during, and after the mining operations have completed their work 21.

Another aspect in reducing the contamination of soils and waters is in implementing newer, cleaner mining technologies. Modern cleaner technologies (such as those used for detoxification purposes) release fewer pollutants than traditional mining, and may decrease environmental damage caused at mines in the long term. Many mines rely on traditional technologies that are not as environmentally friendly because they are cheaper and result in profit for the company more quickly. They ignore the great cost that occurs in reclaiming polluted lands and treating contaminated sources of water and soil. However, as priorities shift towards increased social awareness and more sustainable practices in the management of mining companies, it is possible to significantly reduce environmental contamination at the source.22

Similarly to the reasons why older dirtier technology is still used in mining operations, there is a lack of funding, and enforcement of environmental policies is prevalent in many countries. For example, Tanzania, one of Africa’s largest mining countries, views mining largely as an economic issue, not an environmental one. Environmental policies are underdeveloped and unenforced, causing the country to experience significant amounts of pollution due to mining. Scientists in Tanzania conducted various interviews in 2020 regarding the legal framework in regards to mining and 75% of the interviewees claimed that it was “inadequate”.23 The researchers concluded that improved environmental policies, regulations, and enforcement are needed to enact crucial changes in preventing the contamination of soil and water due to mines.

It is unrealistic to expect an end to all mining endeavors at once. The mineral extraction industry provides so many of the materials people need in their lives, and it would require human society to make life-changing decisions to ever stop mining. Instead, the mining industries should be modified so that alongside their economic priorities, environmental policies are mandated and enforced, in order to obtain the metals and materials human society needs while preventing as much harm as possible to our dear planet. The consequences of failing in this duty include the contamination of our ecosystems, poisoning our wildlife through our soils and water sources, and expanding the rates at which diseases claim human lives.