Netflix – The Beginning of the Future of Entertainment 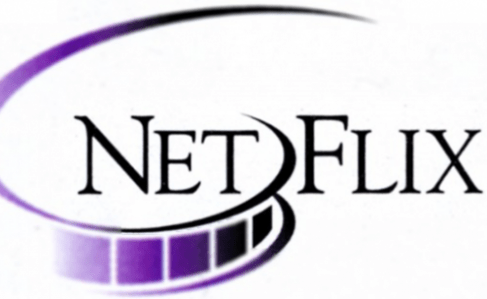 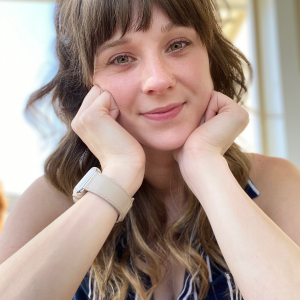 It’s hard to imagine a time before ‘Netflix and Chill,’ before you could have any movie at the touch of your fingers. In fact, before 2010, video rental stores were located in most cities across the United States. These video store companies, although there were many, were rapidly starting to go bankrupt. This can all be narrowed down to the beginning of one company: Netflix.

The President and founder of a company that created software products, Pure Software, had just finalized the process of selling the company to Rational Software.1 This man was Reed Hastings. Often described as the “Spock” of business, he was an earnest and business-driven man. After finalizing the selling of his company in 1997, Reed had several months of idle time at the company waiting for the merger to happen between both corporations.2

During the six months between the final merger of the companies, Reed Hastings and his Vice President of corporate marketing Marc Randolph (who was also soon to be out of a job) drove to work together each day. Marc Randolph, a geology major that somehow found his way into the VP position at the software company, took this time to use his entrepreneurial drive to bounce ideas off of Reed.3 Together they were trying to come up with an idea to base a new company on, in order to have a new job after their final days at Pure Software. The only limit on these ideas was that they knew they wanted to be a completely online company.4

Marc would say an idea and Reed would shut it down, one after another. This process went on for weeks. One day, Marc spouted out an idea of shipping Video Home System (VHS) tapes. In the mid-nineties, VHS tapes were still very widely used. Reed was slightly intrigued by this idea since he had recently received a $40 late fee from Blockbuster for returning a late Apollo 13 VHS. But he passed on the idea. Marc’s other coworker Christine also disapproved of the idea because the shipping costs of an 8-inch by 4-inch tape would be far too expensive. After this, they moved on and continued trying to find new ideas.5

For several weeks this went on, one idea after another, until one day Reed heard about a new technology that was in the test markets in several cities in the United States. This new technology was the Digital Versatile Disc (DVD). Both Marc and Reed’s minds immediately went back to their VHS shipping idea. DVD’s were supposed to be small, compact, and very lightweight. Reed, who normally would shoot down every idea, realized this idea might work.

Reed and Marc had never actually seen a DVD at this point, since they weren’t widely available yet. Their next step was to determine if shipping a DVD was even plausible. Their concerns were the discs getting broken or lost in the mail. So, they did the only thing they could think of; they went to a local record store and purchased a CD. They put it in a small envelope with a 32-cent stamp, addressed it to Reed’s house, and placed it in the nearest public mailbox. The very next morning, Marc drove to the parking lot where he met Reed every day for their daily commute, and the first thing he saw while driving up was Reed standing there, holding the same envelope they had used to ship the CD. It had made it, in less than 24 hours, unbroken.6

Since DVD’s weren’t yet available on the market, Mark and Reed were hoping that an early start could help them beat brick and mortar stores around the country. They began determining a course of action for how they could turn this idea into a reality. Within just a few weeks, they rented out office space at a local Best Western for $250 a week. They began searching for investors and working on a business plan. Reed invested $1.9 million of his own money into the idea, Marc’s mother invested another $25 thousand, and they managed to find roughly $70 thousand more from other various investors.7

Once having found the money to start the company, the process started accelerating. They bought their own private office space, they hired new designers and formulated a new course of action. They knew that they wanted to be an all-online company, so they had to have a proper website, along with all of the hardware needed. Since DVD’s were beginning to sell in the United States at the end of March 1998, they wanted to be prepared to launch the company in April 1998.8

They began working diligently to prepare the company for launch. There was only six months between the time they received the money from their investors and the day they were to go live. They needed inventory and a perfect website before the first day. They looked for journalists and interviewers to help them spread the word. The more publicity they got, the higher the chance of them becoming successful.

The day of launch was nerve wracking for everyone. They had 925 films on hand and ready for shipping. Their two servers went live at 9 AM on April 14, 1998. They had a bell hooked up to the desktop so that every time a purchase was made it would ding. After only fifteen minutes, they realized the bell wasn’t ringing anymore. After only fifteen minutes of being live, their servers had crashed.9 During that first day, their two servers crashed four times.10 This caused them to have to run back and forth to electronics stores to buy new computers. Crashed servers also introduced an issue that no one had even considered; they realized that their webpage didn’t have any type of ‘error’ page. So while some of the staff were trying to get servers back up and running, some were frantically trying to package product, and others were trying to design a crash page for the website. They started the day with two servers and ended with eight to maintain site traffic.11

While they were attempting to get all of their servers up and running, they encountered an entirely different issue. Their website promised same day shipping on all orders. This introduced a whole new stressor into their first day. All orders placed before the shipping deadline needed to make it packed, labeled, and driven to the post office by 3PM. The day was filled with jammed printers and countless setbacks. With only minutes to spare, they had forty-five more orders to pack, label, and ship. After a long and stressful day of crashed servers and shipping deadlines, they had managed to fill a whopping 137 orders.12

As tough as their first day was, things did not get any easier. The company struggled for several years. They managed to keep their head above water and even though they had their difficulties, they were still managing to put a dent in brick and mortar store’s incomes around the country. In the year 2000, Reed Hastings approached the CEO of Blockbuster, John Antioco, and offered to sell Netflix to them for $50 million. At the time, Netflix was losing money and Blockbuster was still the biggest name in movie rentals. Antioco quickly shot him down laughingly, and didn’t even offer a counteroffer. Antioco told Reed that the Dot Com industry was never going to last. The meeting ended abruptly and directly after leaving the meeting Marc knew the only thing they could do was either lose their company or beat out Blockbuster.13

After being turned down by the CEO of Blockbuster, Reed and Marc often thought about giving up. It wasn’t until the year 2002 that Netflix finally pulled in a positive revenue. And finally, in 2003, they managed to have a positive net income.14 Netflix constantly evolved to keep up with competitors eventually bringing their platform completely online. They even began creating ‘Netflix Originals’ in a Netflix-owned studio.

Throughout all of their hardships, Marc and Reed were persistent and determined to come out successful. Their revolutionary idea led brick and mortar video stores to close throughout the nation. By 2010, there were only a handful of Blockbuster stores left, leaving the company completely bankrupt by the end of the year. Currently, only one privately owned Blockbuster remains in the world.15 Netflix has now reached the top of its industry, worth $194 Billion, even higher than the Disney empire’s current worth.16 They’ve created In Studio major hits such as Stranger Things, Tiger King: Murder, Mayhem and Madness, Orange is the New Black, Peaky Blinders, and House of Cards. Marc and Reed managed to create their own empire where the name has become a verb in modern culture and changed the industry of entertainment forever.