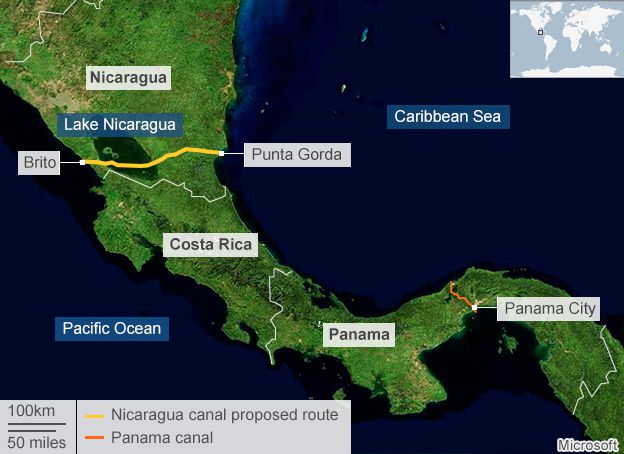 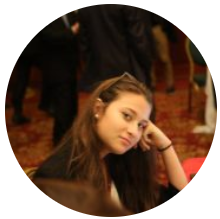 Back in the early 1900s, the United States seriously considered using the Central American country of Nicaragua for the construction of a canal—a groundbreaking development, connecting the Atlantic and the Pacific oceans. After several studies done in the country, and realizing that Nicaragua was not economically prepared for a project of that magnitude, they decided that Panama was to be the location for the American built canal. A century later, it appears that the creation of the Nicaragua grand canal could happen. Nicaragua is currently one of the poorest countries in the Western Hemisphere, as it has been heavily affected by dictatorships, civil war, and natural disasters. After the governmental revolution of the 1980s, Nicaragua became a society undergoing progress.1 The country’s unconstitutional president, Daniel Ortega Saavedra, is now hoping to launch one of the world’s most ambitious infrastructure schemes—a canal project to rival the Panama Canal.2 His proposal promises to release Nicaragua from the terrible effects of poverty. Although the project sounds promising, its uncertainty has caused incredible amounts of controversy and chaos throughout the country. Without a doubt, the creation of the Interoceanic canal through Nicaragua would deeply aggravate the nation’s environment, economy, and sovereignty.

Before examining the complexity of this billion-dollar project, it is important to understand Nicaragua’s historical context. Nicaragua is the largest republic of Central America, having a land area about equal to that of the state of New York.3 This Central American country is not only known for its ecological wonders, but also for the countless tragedies it has been through. In the 1960s, Nicaragua was the leading economic power of central America. Nevertheless, after a terrible 6.2 magnitude earthquake in 1972, and a bloody civil war, Nicaragua never truly recovered economically. Currently, the Sandinista Regime, headed by Daniel Ortega, governs the country. For the past eight years, the administration has sought distinct investment opportunities for the Nicaraguan economy to flourish. The creation of a multi-million dollar water park, a new airport, and a colossal interoceanic canal, are some of the proposals leading Ortega’s governmental plans. In early 2013, Ortega made headlines across the world by announcing that a Chinese rookie firm (HKND) would build a $40 billion interoceanic canal in Nicaragua that would compete with the Panama Canal and turn Nicaragua from a poverty-stricken nation into a global shipping power overnight.4 If built, the Grand Interoceanic Canal would be more than twice the length of the Panama Canal. But it would be the perfect size for the next generation mega-container ships.

What is the HKND? More importantly, who is the so-called main investor? In 2014, Ortega pushed a law through the Nicaraguan government, with almost no debate, that gave total control of the construction of the interoceanic canal to a mysterious Chinese company — The Hong Kong Nicaragua Canal Development Investment Co.5 The HKND is headed by Wang Jing, a Chinese telecommunications magnate. The decree gave Wang’s company an exclusive concession to build an interoceanic canal and seven related projects, including ports, airports, and tourism resorts.6 The almost frightening fact, however, is that neither the HKND nor Jing have had any prior experience dealing with a project of this magnitude. The enigmatic HKND group doesn’t appear to have any direct ties to the Chinese government, nor any international experience managing infrastructure projects.7 Amazingly, there is not much more information concerning the HKND. The only information available comes from the limited governmental publications Ortega’s administration has released. However, one thing is certain: Jing’s fortune arose from his experience in telecommunications, not construction.8

Nicaragua is a country decorated with extensive beautiful sceneries. To name a few—majestic volcanoes, breathtaking lakes, and emerald coast beaches. The country has never truly developed, leaving its natural resources in a virgin condition.9 That is the reason behind Nicaragua’s booming eco-tourism economy. The HKND’s ambiguity is not the only concern. If completed, the construction of the canal would sever 170 miles across the nation’s fragile ecosystems, virgin forests, and scenes of incredible beauty.10 The New York Times remarked the atypical nature of the project, calling it “the largest movement of earth in the planet’s history.” Environmentalists have made it very clear that the project could have disastrous consequences for the country’s water supply, including the massive Lake Nicaragua, considered a key source of drinking water for Central America for decades to come.11 In the same manner, its construction would carve through miles of protected areas that are home to endangered species, including the jaguar, and legally recognized indigenous lands.12  The Cocibolca Organization, which has strongly opposed the project, has already carried out a study on the projected environmental impact of the project, and the results were extremely unfavorable. Cocibolca Group spokeswoman, Mónica López Baltodano, stated: “the canal’s route will impact seven protected areas, which will make the Mesoamerican biological corridor unviable, which will have enormous consequences on biodiversity.”13

Nicaragua is recognized as one of the poorest countries in the Western Hemisphere. It has a low gross domestic product (GDP) per capita of $460 per year. Currently, tourism ranks as the third largest source of foreign capital.14 That means that the country prospers partly because of its tourism business, primarily owned by local holders. Although the government has emphasized the positive economic impact of this project, there are various aspects of it that depict the contrary. José Adan Aguerri, president of Nicaragua’s largest business chamber, warns that private-property owners will be “defenseless” against expropriations by the canal project. Until the canal’s route is established, everyone owning property in the indeterminately large canal zone that’s been penciled across the middle of the country is at risk of being expropriated—a legal uncertainty that may bring an instant chill to Nicaragua’s investment climate.15 Ortega has also promised more than 50,000 jobs to the Nicaraguan people, arising from the construction of the canal. Nevertheless, the Chinese company has the authority to “design, develop, engineer, finance, construct, possess, operate, maintain, and administer” the canal, which means that the vast majority of the jobs will not necessarily go to Nicaraguans, but rather to HKND employees.16

As mentioned previously, a Nicaraguan bill passed in the country’s parliament gave the HKND total control of the project. The law is a 100-year tax-free concession that includes the right to expropriate lands at will. This means that HKND officials have the legal right to take away homes, farms, and businesses along the canal route. This fact particularly has caused outrage among Nicaraguans. “We’re Campesinos. We don’t have anything to do with any ­canal. We’re farmers. The people in the capital eat from the work of our hands,” said Rafael Bermudez, a farmer who might be forced off of his land.17 Early 2015 was filled with citizen protests, where Nicaraguans marched in the capital’s streets to challenge the construction. Civil-society groups also worry that the HKND, along with Ortega’s intent to create a privatized enclave in the middle of Nicaragua, will govern for the next 50 to 100 years under a self-styled Canal Commission, regardless of the actual government in power in Managua. “Nicaragua is not for sale. Nicaragua belongs to all Nicaraguans and is not the private property of Ortega and his family,” reads a declaration signed by twenty-one civil-society organizations.15

It has been almost four years since the Nicaraguan government made the Canal Plans public. Surprisingly, neither Ortega nor government officials have mentioned the project’s process over the past two years. There are various conspiracies concerning what could have happened. It has been said Wang Jing, the Chinese telecom tycoon behind the project, lost about 85% of his fortune in a stock market crash, and has not visited Nicaragua for a year, fueling suspicion that the project may be dead.19 Now it appears that the $40 billion project is on hold amid rumors that it has been shelved because of the popular protests and China’s improved relations with Panama. Although the future of this project seems to be nothing but uncertain, it is obvious that if it’s ever completed, it will not bring progress to Nicaragua. Rather, Nicaragua would only play host to a Chinese venture.