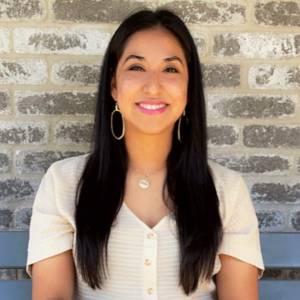 The morning of December 11, 2011, four-year-old Davaughn Rodriguez was discovered by his mother, Sabrina Vielma, lying on the kitchen floor in a puddle of his own blood.1 Vielma wrapped her small child in a blanket, placed his body in the backseat of her vehicle, and drove to Uvalde Memorial Hospital, where he was pronounced dead.2 The Bexar County medical examiner’s office later determined that the manner of death was homicide, with the cause of death recorded as blunt force trauma to the head.3 But who delivered the blow that ended Davaughn’s life? More than a decade after his death, and with two people behind bars for charges related to this case, the question remains unanswered.

Sabrina Vielma is a mother to two children. At the time of Davaughn’s death, her daughter lived with Vielma’s mother, Francis Garcia.4 Davaughn, the younger of the two half-siblings, resided with Vielma in a two-bedroom apartment at 404 N. Wood Street in Uvalde, Texas.5 Vielma worked at a local hair salon and Davaughn attended pre-K at Dalton Early Childhood Center.6 The Friday before his murder, Vielma’s mother recalled caring for Davaughn after school. Garcia said her grandson was happy, with no obvious signs of physical trauma.7 However, this report differed from that of Uvalde Memorial Hospital’s medical staff.

When Vielma arrived at Uvalde Memorial Hospital just before 1 p.m. on Sunday, Dec. 11, 2011, she was met by phlebotomist Mario Vasquez. Vasquez later testified that he followed Vielma to her vehicle, which was parked in front of the emergency room entrance. “I followed her to her car. I can’t remember which one of us opened the backseat door, but I remember seeing a blanket. I uncovered the blanket and I saw a child that, to me, seemed to be lifeless,” Vasquez said. Vasquez said that he cradled the child and rushed him through hospital doors, calling out to nurse Eric DeHoyos, who was standing nearby. DeHoyos took possession of the child and began Cardiopulmonary resuscitation. His efforts were in vain. Dr. Sameta Sosa pronounced Davaughn dead at approximately 1:02 p.m. Davaughn’s pediatrician, Dr. John Preddy, happened to be at the hospital on the day of his death and was asked to examine the young boy. Dr. Preddy later testified that Davaughn was, “…gray, had some blood around his facial area, multiple abrasions over his entire body, including his groin. He was cold and stiff.” When questioned, Dr. Preddy said Vielma told him her son had fallen from a kitchen counter.8

Uvalde Police were tasked with investigating the young child’s death.9 An autopsy was performed by the Bexar County Medical Examiner’s Office and a complete report was generated on December 12, 2011. At the time of examination, Davaughn weighed 32 pounds and measured 40 inches in height. The examiner noted blood smeared on his face, multiple blunt traumatic injuries over his face, and a complex occipital skull fracture extending to the base of his skull. The examiner also noted abrasions on his body.10 Former Uvalde Police Chief Robert MacDonald stated that Davaughn had been dead for hours before his arrival at Uvalde Memorial Hospital. The police chief also noted that Davaughn had recently been in the care of Sabrina Vielma’s ex-boyfriend, Cel’ves Cook.11

The pair was ultimately charged with capital murder. At the time, 38th Judicial District Attorney Daniel Kindred announced the state would seek the death penalty, though each defendant would be tried separately. Vielma was indicted in August 2013, at which time she turned herself into law enforcement. She was released after posting a $400,000 bond. She remained free until Nov. 6, 2016, when Vielma was arrested by Uvalde Police Department for driving with an expired driver’s license. A warrant was issued for her arrest, and she was picked up that night. To be released from Jail, Vielma had to pay a $50,000 surety bond and was required to wear a GPS ankle monitor. She remained free until her May 2017 arrest for tampering with evidence and hindering the apprehension of a known felon. The charges stemmed from hiding her boyfriend, who robbed a Uvalde business in an effort to pay Vielma’s pre-trial release program fees. She remained in jail until her 2018 sentencing hearing. Cook, who was also indicted in August 2013, was not captured until January 2014, following a warrant round-up by the Jasper County Sheriff’s Office, although he was not the target when investigators set out to serve dozens of warrants. Cook was released from the Uvalde County Jail on a personal recognizance bond in September 2017. The pre-trial release was allowed after Cook was diagnosed with an unspecified medical condition that was said to require long-term medical care.12 However, neither defendant would ever see a trial, because in 2018, both Cook and Vielma ultimately accepted plea deals on lesser charges.

Conflicting details about the hours before Davaughn’s death were made public during Vielma’s 2018 sentencing hearing. According to Vielma, Cook babysat Davaughn the day prior to his death, while she worked at a local hair salon. Vielma returned home at noon, at which time Cook left and she and Davaughn watched television together. Vielma told a special investigator with child protective services that she assisted Devaughn as he showered and did not observe any bruising or abrasions on his body. Vielma said she gave Davaughn a pudding cup and juice before going to sleep at 11 p.m. According to Vielma, she discovered her son’s body when she awoke at noon the next day. “The report said he had bruising at different stages and puncture wounds, including one near his penis, but she couldn’t tell me what happened to her son,” said special investigator Melinda Drake when she testified during Vielma’s sentencing hearing. According to Drake, Vielma agreed to take a drug test, and tested positive for marijuana, which she admitted to using twice daily.13

However, Cook alleges a different version of events. Although prosecutors were unable to show a video interview in which Cook said Vielma admitted to killing Davaughn in anger, 38th Judicial District Attorney Daniel Kindred told Davaughn’s father, Dion Rodriguez, what Cook alleged at the conclusion of the hearing. According to Kindred, Cook alleged Vielma, speaking one month after Davaughn’s death, said she was smoking marijuana in her room when the boy asked for lunch. According to Cook, the child was being loud, which aggravated Vielma. She began striking the child but did not mean to kill him. Cook, who said he spent the night with another woman and did not return until early the next morning, said he was not present when the assault took place, but observed Davaughn’s body the next morning upon arrival. Cook said he threw a blanket over the child’s body and left after telling Vielma not to tell law enforcement that he had been at the apartment. Cook pleaded guilty to tampering with evidence and agreed to serve twelve years in prison.14

Although Vielma has never gone on record to accuse Cook of wrong-doing, Vielma’s defense attorneys say Cook delivered the fatal blow that fractured Davaughn’s skull and that Vielma’s only crime was failing to protect her son. This was reflected in a plea deal she accepted that downgraded previous charges of capital murder to injury to a child by omission, a first-degree felony punishable by between 5-99 years in prison. The charge means Vielma, in the eyes of the law, admits to intentionally and knowingly, by omission, causing serious bodily injury to Davaughn by striking him with her hands and/or an instrument or failing to prevent the same from occurring.15 Still, Vielma’s defense attorney noted that Cook’s DNA, not Vielma’s, was found on Davaughn’s bloodied shirt and kitchen towel. DNA analyst Robert Benjamin testified that Cook’s DNA can’t be ruled out from a blood sample taken from Davaughn’s shirt. “It is possible Mr. Cook’s DNA is there. You can conclude this is a bloodstain that is a mixture of Cel’ves Cook and Davaughn Rodriguez’s DNA and at least one of their blood,” Benjamin said.16 In addition, Davaughn’s maternal grandmother, Francis Garcia, testified that her grandson had once confided in her that Cook had pushed him. Garcia said she confronted Vielma about the allegation but Vielma said it was a lie.17

In his closing remarks, 38th Judicial District Attorney Daniel Kindred said, “On the Friday before his death, he was a happy healthy boy—until he was released into [Vielma’s] care. Twenty-four hours later he was dead on the kitchen floor… We don’t know how many times he said ‘I’m sorry’ or how many times he said ‘stop.’” When asked if she wanted to address the court, Vielma said, “I am sorry, judge.” “I don’t know what happened that night.”  Vielma was ultimately sentenced to eighteen years in prison. She was also sentenced to five years in prison for two felony charges she received in 2017, one for harboring a fugitive and the other for tampering with evidence. The five-year sentence was ordered to be served concurrently with her punishment for Davaughn’s death. At the conclusion of the hearing, Davaughn’s father, Dion Rodriguez, along with members of his family, expressed displeasure with the sentence. He was not alone. Davaughn’s brutal death served up rare courtroom drama for the small community of Uvalde, but ultimately left residents with more questions than justice.18

Kimberly Mata-Rubio is pursuing a degree in history from St. Mary’s University in San Antonio. She is an award-winning journalist, having earned multiple first- and second-place awards from the regional South Texas Press Association and statewide Texas Press Association. During her career with the Uvalde Leader-News, where she served as a staff writer and later assistant editor, she covered crime, public schools, the court system, and city and county governments in addition to serving on the chamber of commerce board of directors.
Author Portfolio Page