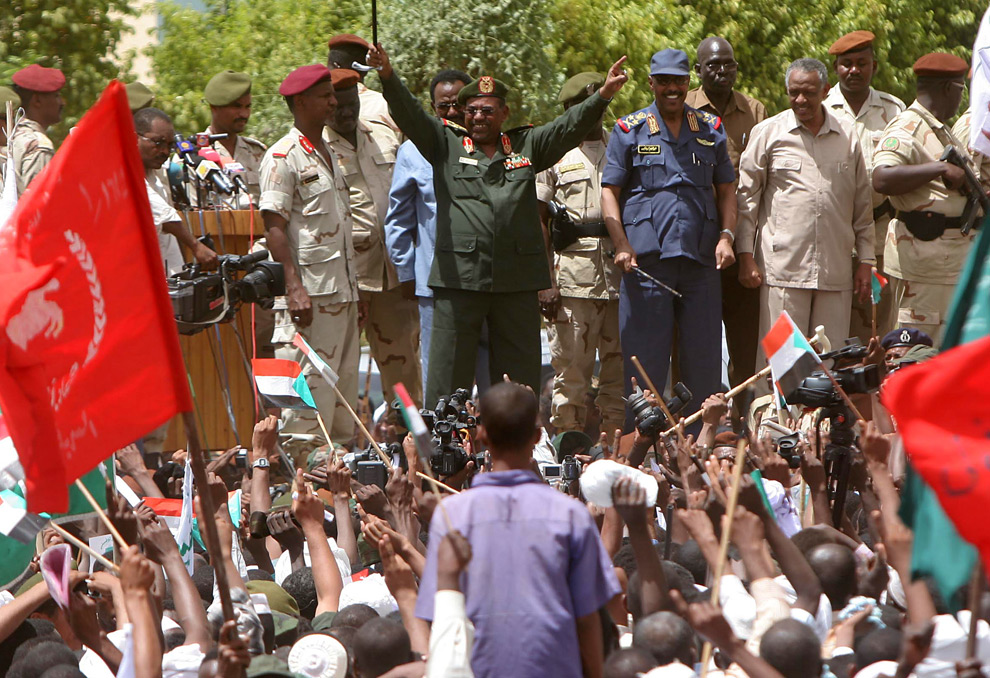 “Mr. President, we, the victims of Darfur, come before this council today with a simple message. We do not need more reports. Time is running out. We need action. Our humanitarian situation is critical. Our security situation worsens every day. The Janjaweed are killing and raping us. The innocent civilians of Darfur are in desperate need of protection. We need action, and we need it now.”

– Gibreil Hamid, a survivor of the Darfur Genocide speaking to the Human Rights Council of the United Nations in 2007.1

World War II revealed the ominous, destructive nature of humanity. During the holocaust, 11 million people were systematically slaughtered for their religious, ethnic, political, or physical differences. To avoid these types of mass killings from repeating themselves, the United Nations adopted in 1948 both the Universal Declaration of Human Rights and the Convention on the Prevention and Punishment of the Crime of Genocide, the later introduce and defined the term ‘genocide’. By ratifying these conventions, states conveyed they were willing to recognize the universal right to protecting human life.

Sudan, a country in Northern Africa, underwent one of the longest civil wars in world history so the plight of the people of Darfur must then be told with this understanding.3 After 10 years of war from 1962 to 1972, Sudan saw a decade of peace until the imposition of Sharia Law in 1983. For 22 years, from 1983 to 2005, the civil war raged on in Sudan between the northern government and rebel factions in the south. In 1993, Omar Hassan Al-Bashir appointed himself President and continued the fight against the Southern rebel groups who advocated for democracy and self-determination. The Darfur genocide then appeared, to outsiders, as if it was just a corner of the country that was caught in the crossfire between the North and the South.4

It is also essential to mention the fragile environment and the cultural identity of the region. Darfur is made up of rough and dry terrain, so to farm and maintain their livestock Darfurians rely on the rainy season. As climate change increasingly impacts the region, the heat and the droughts last for longer periods resulting in a scarcity of resources that leads to conflict between the 6 million people of Darfur, pitting farmers and herders against one another.5 The region shares its border with Libya, Chad and the Central African Republic and is home to an extremely diverse population. Its long history of colonization and migration has contributed to the ever-growing number of ethnic groups for example: The Fur, the Zaghawa, the Masaalit, the Rizaiqat, the Mahamid and many more. All these groups are Muslims and have some but not many cultural differences primarily based on their diverse locations with differing dialects. The lines blur but despite this, Darfurians have been labelled into dichotomous categories created by Al-Bashir and the Khartoum government. So, either a person is considered an Arab Muslim and a herder who are pastoral and whose animals encroach land or is as an African or “Black” Muslim and a farmer.

The genocide in Darfur was not directly the result of the mentioned economic and environmental difficulties, but of the government’s attempt to advance their version of Islam throughout Sudan by favoring the demands of Northern Arabs.6 The mastermind behind this genocide is no other than the current President of Sudan, Omar Hassan Al Bashir. He came to power in 1989 through a coup and has since increased the enforcement of Sharia Law in Sudan. As al-Bashir targeted minorities of low income and rural settings, several ethnic rebel groups rose such as the Sudan Liberation Army (SLA) and the Justice Equality Movement (JEM).

Since the 1980s, the government of Sudan armed Arab militias, called the Janjaweed or “Devils on Horseback,” and incorporated them into the national army. Under the orders of Al Bashir, the Janjaweed left South Sudan and targeted the ethnic minorities of Darfur killing at least 2,000 people in an attempt to gain power.7 Tired of the continuous violence and marginalization, in February 2003, the rebel groups SLA and the JEM collaborated with civilians in the region- the Fur, Zaghawa and the Masalit- to orchestrate a rebellion against government troops and facilities in the city of El-Fasher. At least 7 planes were destroyed and 70 government troops were killed, further angering the Khartoum government.8 In response to this, government troops and the Janjaweed began a scorched-earth tactic in which villages were burned, looted and innocent civilians were raped, murdered, or taken as slaves. The Khartoum forces would provide air support and bombard the villages as the Janjaweed advanced ruthlessly and mercilessly burning and killing everyone in sight.9 The commands for the Janjaweed were: “If you see a village, you burn that village. If you find a civilian, you kill that civilian. If you find a cow, that cow is your cow!”10 Their objective funded by Al Bashir and clearly stated by their leader Musa Hilala in August 2004 was that the Janjaweed were to “empty it [Darfur] of African tribes.”11

For several months, the world failed to address the Darfur crisis. But in December 2004, US Secretary of State Colin L. Powell declared in an interview that the events that occurred in Darfur were in fact a genocide and should therefore be addressed as such.12 The US Secretary of State appealed to the United Nations to take any measures needed to end the genocide, provide aid, and find justice. The UN however, faces an enormous obstacle to provide a solution to Darfur. The US did not have the capacity to take the lead despite tremendous support at home because of the two war front it was fighting in Afghanistan and in Iraq. Russia and China, two of the permanent members in the Security Council, are constantly against any military intervention in Darfur because it is in their best interest to remain on the side of the Khartoum government. In part because the bombings in the villages of Darfur were done using Russian made planes and because China is the number one importer of the oil from Sudan.13 Another challenge is that Al Bashir argued for the situation in Darfur to be dealt by African countries and the African Union despite their inadequate resources or training. This enabled him to continue the genocide and kept international organizations outside its borders.14 As the killings, assaults, and violence continued from 2004 to 2007, the government of Sudan refused to take any responsibility for the actions of its troops or for the Janjaweed.

The international community was finally willing to talk and investigate the Darfur genocide in 2007. However, it is only in 2009, that the International Criminal Court (ICC) issued the first arrest warrant for Omar Hassan Ahmad Al Bashir for five crimes against humanity, two counts of war crimes, and three counts of genocide.15 The international and independent tribunal, formed by the 1998 Rome Statute, prosecutes individuals but cannot proceed with cases until the accused are brought to the ICC Court located in The Hague, Netherlands. This presents another obstacle in finding justice for Darfur because despite the international recognition of the genocide and the charges from the ICC, Sudan authorities refuse to turn in their leader. Instead, they have condemned the arrest warrant and claimed that it is an attack to the country’s sovereignty and an example of a “mechanism of Neo-colonialism” by the West.16 In response to Sudan’s disobedience, the United Nations imposed an arms embargo on all non-governmental entities and attempted to implement peacekeeping forces, but were blocked by Al Bashir with support by China and Russia. SI the International Community turned to the African Union.

Sudan is not the only state that has disregarded the decisions of the United Nations and of the International Criminal Court. In 2006 in Cairo, Egypt the League of Arab States- composed of Saudi Arabia, Morocco, Somalia, Algeria etc..- met and backed Sudan’s refusal to allow UN Peacekeeping forces from entering the affected areas.17 By supporting such decisions and allowing the leader of Sudan to come into their borders without turning him over to the ICC, these Muslim countries are choosing to excuse the Darfur genocide and condone Al Bashir’s atrocities against Muslims. These states have proved their loyalties stand not with the International Criminal Court or the United Nations, but with what benefits them.

The Darfur genocide, the charges against Al Bashir. and the dismissal of said charges by other states, shines light on several questions: How effective can international organizations really be when they in fact have no law enforcement ability?  Why sign conventions and statutes if they do not include provisions for enforcement?  No matter the charges and proofs brought against Al Bashir, will the President of Sudan ever be tried and punished for the genocide that killed hundred of thousands of people?

What is the situation in Darfur now?

The 3 million people who had to flee have still not been able to return to their homes and instead are stuck in refugee camps in nearby countries like Chad, where the living conditions are precarious.

Refugees face cuts to food rations, little humanitarian support, inadequate access to education and health services, and limited land to even simply survive. This is the case for the Sudanese refugees who were uprooted to Chad. In 2017, Tara Fischer reported that 25 Sudanese refugees living in refugee camps in Chad will visit Darfur to examine its living conditions.18 Visits are just now in the process of being organized by the UNHCR to assess whether Darfur is secure enough and whether it can offer the basic resources for refugees to go home. After a decade and a half of war, genocide, and violence, the idea of returning home is just now an unclear possibility for thousands of Darfurians.

In April 2017, Khalid Mustafa a Sudanese Ambassador, stated that the violence in Darfur had decreased. This is untrue, because killings and reports of sexual abuses continue to occur in the region. Millions remain displaced, hundreds of thousands dead, villages destroyed, crops nonexistent, and the violence rages on and will continue to, changing the demographic character and the environment of Darfur.19 However, the dire situation is not without hope. Despite Al Bashir’s attempt of prohibiting help from the international community, all eyes are looking at Sudan. In 2017, the Security Council renewed the  UNAMID operation in Darfur until June 2018. The operation’s priority is to protect civilians, facilitate humanitarian support and mediate in any conflict between armed parties with a current total of 15,845 troops and 3,403 police officers of the UN and AU forces.20 NGO’s such as Amnesty International, CARE, The Darfur Project, Oxfam, World Health Organization etc. dedicate their efforts to provide some type of aid whether it be food, supplies, or medicines to Darfurians in need. The UN and NGOs are providing aid and are combining their efforts to stabilize the region, but until the government of Khartoum and its leader, Omar Hassan Ahmad Al Bashir, are held accountable can the disastrous situation in Darfur really turn around?