Oneida: Cooking Up the Perfect Community 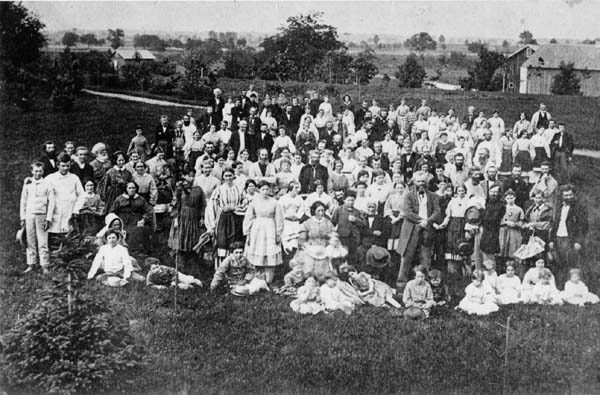 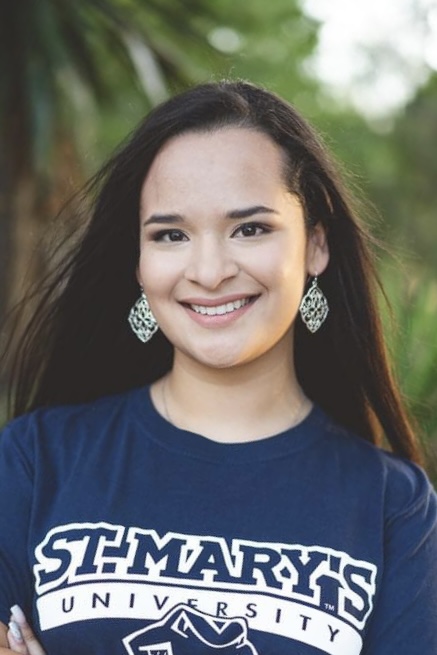 In a perfect world, or better yet, in a heaven on earth, everyone would be married to one another, there would be no jealousy among one another, and everyone within this heaven would live free of sin. When utopian societies in the nineteenth century were significantly emerging, the search for like-mindedness and perfect living conditions were lofty goals sought by many. A number of these utopian communities were formed in the nineteenth century, and quite a few of them succeeded for a short period of time; but only a handful were prosperous long-term. One society among the few that prospered past the average of six years was the Oneida Community, lasting thirty years in existence.1 John Humphrey Noyes, a well-educated religious skeptic, founded and established the Oneida Perfectionists in hopes of achieving salvation from sin and disease, not only for his foundational generation, but also for all those who were to follow.2

From Brattleboro, Vermont, John Humphrey Noyes was born on September 3, 1811, into a competent family with his father, John Noyes, who served as a member of the House of Representatives, and his mother, Polly Noyes, who was the aunt of Rutherford B. Hayes, the nineteenth President of the United States. Noyes was well versed intellectually all throughout his life. He attended and studied law at Dartmouth College and graduated in the year 1831. He initially planned to practice law thereafter, but he was struck with a much more appealing issue that converted his interests from law to theology.3

Charles Grandison Finney, a Presbyterian minister, was known to be the most influential revivalist at the time. He dismissed of Calvinistic ideas of predestination and preached the idea that each person contained within him-or-herself the ability to experience spiritual rebirth and achieve salvation. Noyes was intrigued by Finney’s preaching of Perfectionism, and he decided to study theology at Andover Theological Seminary, and then he went on to Yale Divinity School. While at Yale, Noyes became a preacher, and he began to teach that the second coming of Christ surprisingly had actually occurred in 70 CE, when the siege of Jerusalem by the Romans occurred. Christ’s return thus made it possible for Him to oversee a heaven on earth for people who could now be free of sin and be perfect in this world. This was Noyes’ belief that he called Perfectionism.4

Noyes favored a communal environment where everyone would live and work together in order to best achieve salvation. His biggest concern about achieving his ideal heaven on earth was in overcoming the traditional family unit. Noyes argued that according to the Bible, there was no marriage in heaven, because marriage was like slavery. He believed that monogamy caused problems, such as separation, jealousy, and selfishness. To avoid such problems, he wished for his new community of Perfectionists to practice male continence, which would help control the birth rate of the community, and complex marriages, which was a system where any member of the community was free to have intercourse with anyone else, so long as both consented.5

The community was first established in 1839 in Putney, Vermont with eighty-seven members. Noyes and his community, though, were forced out of Putney in 1847, because his practices and beliefs were deemed as too extreme. He did not hesitate to move his community from Vermont to Oneida, New York in 1848. The community slowly grew, accepting only those who were well-educated and who shared his beliefs. A communal home was built for them known as the Mansion House. It contained a children’s house, a library, a dining hall, and a communal hall for special events; and each member of the community had a small room for their own privacy.6 The development of the economy grew from agriculture to production of various goods, such as travel bags and silk thread. And with the community’s financial success and hard labor over the span of twenty years, the Perfectionists had achieved a feeling of security, and their membership grew to be about two-hundred and fifty members by 1869. Noyes was careful to limit the members of his community. New members who already had children were accepted into the community, and there were only about two or three new births in the community each year. Very few accidental births occurred.7

Noyes, the undisputed head of the community, was proud of what his community was achieving, but his great objective was to achieve salvation from sin, disease, and death, and he knew it could not be obtained in one lifetime. His pride and attention over his current accomplishments quickly shifted to the future generations, because he realized that in order to attain salvation, each generation had to surpass the preceding one. The only way Noyes could do so was in a controlled manner, where he and a committee of community members would carefully selected individuals that they believed to be the holiest among the community and who were also the least physically flawed. Their intellect, among other deciding factors, were scrutinized in the selection process and all ages were chosen, but when the time arrived to pair the mother and father, the father was always the oldest of the two. This was the start of the “stirpiculture experiment.”8

Between 1869 and 1879, sixty children were birthed, but, unfortunately, five of these children died at or near birth. The fifty-five remaining children were well cared for up until 1880. The range of ages at this time were from a couple of months to eleven years of age. As infants, the children were cared for by their birth mother until nine months of age. Between nine months and eighteen months, they were only cared for by their mothers at night. After eighteen months of slowly diminished care from their mothers, the children were raised by members of the community that were deemed suitable for the position of a caregiver. Dr. Theodore R. Noyes, Noyes’s son, conducted a report on the health of the children resulting from this experiment in 1878. When compared to the general population of children at the time, their community’s methods of cleanliness prevented any sicknesses from affecting these children. In comparing these children to those of Boston’s children population, of the community’s nineteen children, then ages five through nine, all but one exceeded the average heights founded in Boston, and all but four exceeded the averages in weight as well. It was noted that this experiment only resulted in one child who was deemed as a weak member due to lack of coordination in his muscles, thus marking him as a failure of this experiment. One exceptional finding of this experiment was that there was an excess of males to females: there were thirteen boys and six girls. The findings of Dr. Noyes concluded that the common sense used for mating the strongest of the men and women increased the likelihood of obtaining the children Noyes so desired and these children would grow up successfully under the same sanitary practices that were becoming part of the community.9

Noyes was now hopeful more than ever that his community was on track to successfully continue forward with the mission and the future of his church and community; but the members of this experiment had other plans in mind. For the span of the ten years when the experiment took place, Noyes thought he had successfully condemned selfish love, and that complex marriages had now become the new normal for the community. That unfortunately was not how things actually were. A small percentage of the adults that had been living under the experiment in pairs for weeks and months, and who had even produced children, now had a problem with Noyes and his views of Perfectionism. As Noyes would say, they became “infected” with monogamy, dismissing the ideas of living in solidarity. These individuals now desired a mate. Weighed down by his own issues with his age and health, Noyes witnessed the failure of his hopes to carry on salvation, resulting in his retirement from the community. He fled to Ontario, Canada and later wrote to his followers, denouncing the practice of complex marriage and his desire to restore traditional monogamous marriage. Those who had already been married before entering the community simply normalized their marriage status once again. Those who were not married beforehand wound up marrying each other within the span of four months. The community was now standing at a total membership of two hundred and ninety-nine people, with eighty-three children under the age of twenty years, and two hundred and sixteen adults total.10

After thirty years of communal living, the community was not quite ready to disband itself entirely. Those who wished to stay behind decided to form a joint-stock company, a system in which the shareholders of the company owned shares of stocks in the company. It was rebranded as Oneida Community Ltd in 1881. The company focused on manufacturing silver-plated tableware and flatware.11

What started out as a search for self-perfection and communalism, John Humphrey Noyes worked hard to achieve and wanted to carry its success past its foundational generation. While spreading his beliefs of Perfectionism, Noyes founded a community where marriage would be an open concept, the birth rate would be closely monitored, and production of the strongest and most fruitful generation would be practiced, breaking many societal norms of that time. What was thought to be a successful attempt at devising a sinless and prosperous community that upheld itself and the Perfectionist ideas that Noyes supported, resulted in yet another failed attempt at trying to perfect the human society. This may not have been the first or the last attempt at creating a perfect society, but the Oneida Community did introduce a new approach of immortalizing new religious ideas.