People of the Land 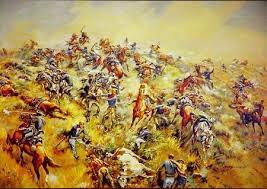 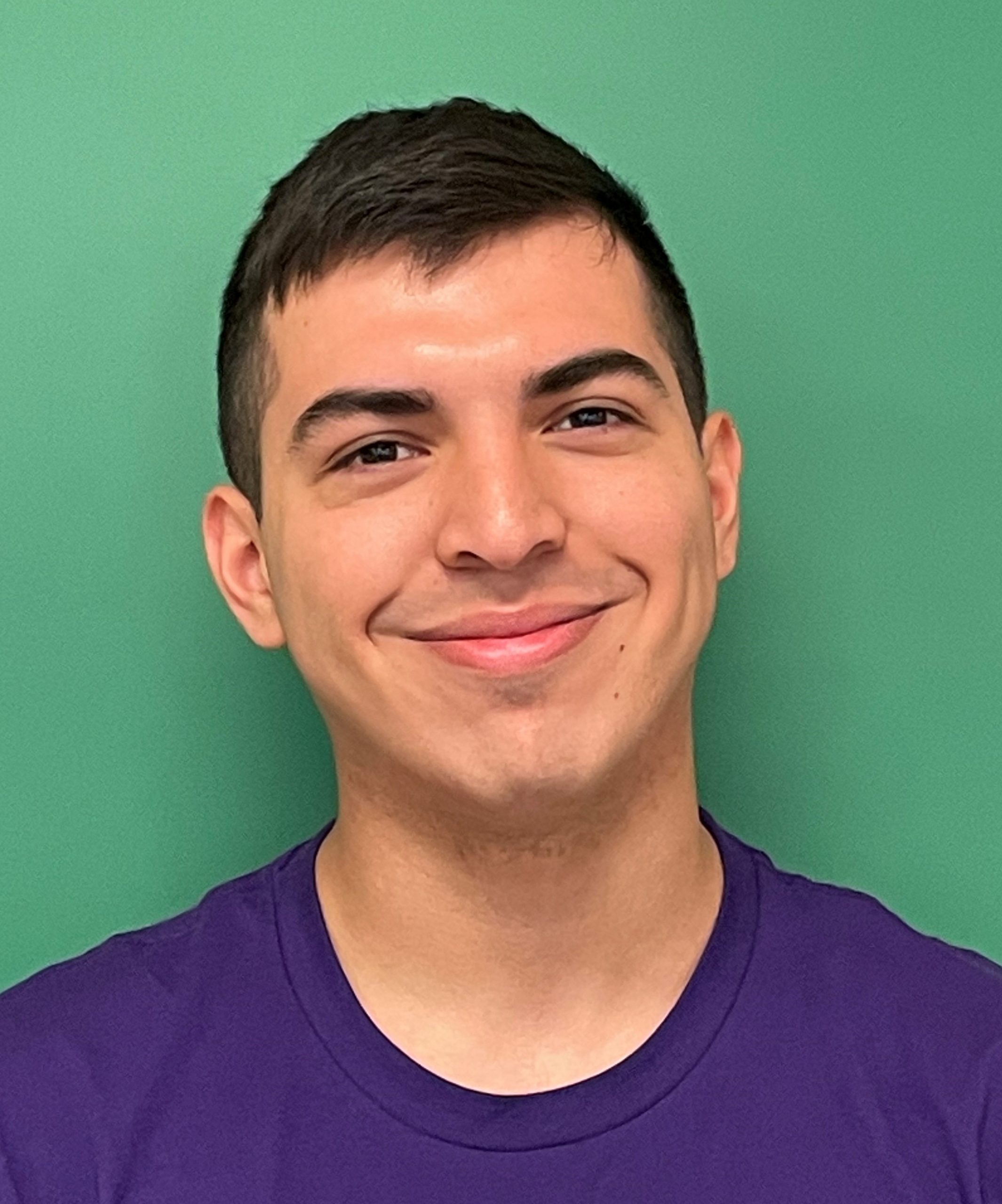 The northwest land meant everything to Sitting Bull. It’s where all his people have lived; they built their whole life on that land. It’s all his tribe knew. He knew the federal court would take away the land no matter what, because he knew they wanted to strip the land for what it had. Sitting Bull was unhappy with what he knew would happen, so he and his tribe skipped the court date. He knew what this would start too, but he would rather fight than give it up freely, and his tribe was fine with that.1

Blood, sweat, and tears were going to be shed for a place the Sioux tribe called home. It was going to be a battle for home to the natives and it was a battle for new lands to others. The American army was told to prepare for a fight with the natives for their land, since they did not show up to court for an agreement for a relocation onto a reservation. The Americans saw the natives not going to court as an action against them, for getting their destiny to own all of America from east to west coast. It was either make an agreement or go to war, since the Americans wanted all the land. Thus, natives not showing up to court meant war. They wanted everything from the land to what the land offered, especially the recently found gold the land had to offer. For the Americans, to attack the natives on their land was a breaking of many treaties that they had made with the natives of the northwest region. With the natives not showing up to court, the government had an excuse to start a conflict and go to battle with the natives to claim the lands they wanted.2

This was going to be a difficult fight for both sides. The Americans were well trained with their horses and weapons. The natives were also well-skilled with their bows and guns, and they had knowledge of the lands. The only difference between the Americans and natives were numbers. The Natives had more warriors to fight this battle because they had all the men in the tribe ready to fight. This was a rare occasion, because there were usually more Americans to fight. The natives nevertheless continued knowing one thing, and that was that the land was theirs.3

The chief of the tribe, Sitting Bull, had gathered all the men to get ready to fight. As for the women of the tribe, they cooked and were getting ready supplies for the fight their men had ahead of them. Sitting Bull and his tribe was not the only tribe to fight in this battle. They were joined by another tribe, the Comanche, and another chief from South Dakota, Crazy Horse from the Sioux tribe there. After the addition of the tribes joining, the natives had more than 3,000 men ready to fight.4

Chief Crazy Horse was one of the most feared of the natives due to him having no fear. He would raid camps and rob those who went on his tribe’s land. His courage was matched by no other. He was looked at as a fearless leader to whom many natives went to for advice. He was a big problem for the American Cavalry because of his leadership. His leadership helped the natives win earlier fights against the Americans. His plan against the Americans was to charge at them head on while also attacking from higher points of the valley. The plan was made knowing that they would have an advantage being at home, and Crazy Horse knew that it was the way they were going to win.5

Sitting Bull was the most spiritual of all the natives, bringing many of the natives closer to their spiritual side. He was the one many of the natives went to for advice about anything and everything, because he was an elder who had seen a lot, so many looked on him as a grandfather and had much respect for him. His reason for fighting was for the future of the children of the tribe, saying “Let us put our minds together and see what life we can make for our children,” to the people helping motivate them to fight.6

With both Sitting Bull’s and Crazy Horse’s leadership, the native people had much faith in themselves, because Sitting Bull brought out the spiritual side of them and Crazy Horse brought out the fearless solider in them. These two leaders were wise, and were the most respected native leaders of the northwest. During the days leading up to the battle, the tribes discussed their battle tactics and they enjoyed time together playing games, making music, and eating food together. The tribe members grew close and got to know one another before the battle. As the time approached, the natives were close together as they were waiting for the battle. This helped the tribe prepare mentally for the battle.7

On the American side, there was Custer, and he was a Lieutenant Colonel in the army that was sent out to claim the land they looked to get. Custer had been a Cavalry officer for the Union army in the Civil War. Custer came into this fight thinking it would be a clean win for him, having fought tough battles eleven years before with the natives. Custer and his Cavalry of 600 men (also known as the 7th Cavalry), thought that they had an easy fight on their hands. As they were packing, they thought they needed little to wipe the tribe off the land, so they did not pack much so that they would not carry much with them. After they packed, they went off to Montana to fight for the native land.8

The natives were ready for this fight, as they also had guns and ammunition, much of which they had stolen in earlier raids or battles. That was not the main reason they were ready, though. They were ready because they thought it was going to be a tough fight and they were ready to die for it. They knew that if they lost this fight, they would have nothing left. They set out on Wolf mountain and the river of Little Bighorn, as they waited for Custer and his men to fight them for their land.9 When Custer’s Cavalry arrived at Little Bighorn valley, they were met head on by Crazy Horse and the grown male natives attacking theming with all their might. When they started the attack, Sitting Bull gathered all the female and children natives and took them away from the battle, so that they would not all die if the fight were lost. This was an advantage for the natives, due to the fact that they knew every inch of the land and where to go to get a good shot at Custer’s men. And this was a surprise to many of Custer’s men, because they were not expecting the battle to start with them losing right from the start. Some of Custer’s men were so scared that they fled from the fight and never came back into the fight. Custer and his remaining men had to retreat to gather themselves after a rough and gruesome start. Custer had sent a mail boy to give Benteen a letter. In this letter, it read, “Benteen-Come on- big village-Bring packs” (packs of ammo). Benteen was a man Custer had fought alongside in other battles against the natives eleven years before. When the letter was received by Benteen, he had refused to help, due to his dislike of Custer and the way he did not make an effort to find Major Elliot in their last battle together. He knew Custer would be difficult to deal with if he joined the fight. Instead, he ignored his pleas and let Custer deal with it on his own.10 They had to continue with the fight because they knew they could not go back empty handed. Custer continued to fight on Wolf mountain, but the natives were there waiting for them to make that move.

The natives would continue to slaughter them, leaving Custer and all 268 men that stayed dead. Custer had fought to the very end. His last words were “Oh hell” as they shot him twice leaving him dead.11 This place would become known as the Last Stand Mountain. The natives lost as many as 135 natives dead (an unknown number due to no one documenting their deaths). The valley was filled with many dead soldiers and horses; only one wounded horse made it out alive, but no men. Custer’s body, as well as some of his family members who fought with him, were piled up for people to see that the land was the native’s land (forty bodies were in that pile). This was just the beginning of these fights, and more were to soon come.

Sitting Bull was happy, but he knew this was just a small win in the long run. He knew that they had left a mark and had proved a point to the US government and to their people. After the battle of Little Bighorn, people were left thinking about the natives in a more violent way, as savages, because of the brutal way they had killed the troops and left their bodies for everyone to view, calling them “wild” and “savages.”12 Sitting Bull had all the native that had died collected and buried on the land they fought for. Sitting Bull led a celebration for the victory and for the men that had given their lives for the people of the tribes. They thanked them and prayed for them to watch over them for the future battles they knew were to come.13

I am a criminal justice major at St. Marys University San Antonio. I was born and raised in San Antonio. My dream and hope is to one day go back to my reservation and make improvements for the people.
Author Portfolio Page