Richard Kuklinski: The Ice That Melted 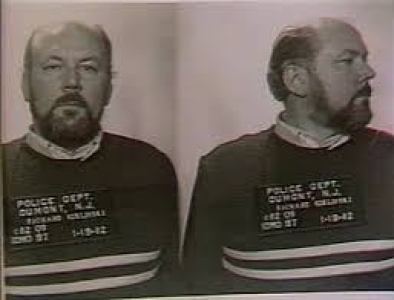 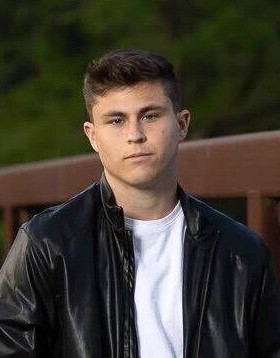 Richard Kuklinski appeared to be a stereotypical, suburban dad, mowing the lawn and cooking hot dogs every Saturday. With his wife and three kids and his office job, he was living the American dream. Just like any other father, he loved his family with all of his heart — he would take them to the fair, he would take them on vacation, and he would do just about anything for them. Except, what his family didn’t know was that instead of having an office job he was actually making money through contract killing.

When he was growing up, bullies abused him in school, because of his small size, and at home, his parents abused him too.1 Due to this lack of a healthy family and troubled childhood, Kuklinski went down a path of low self-control. This led him to make choices that were impulsive and thrill-seeking, and he learned to solve his problems with violence instead of using intelligence. All of these decisions led him into thinking that’s how he must live, and so, he killed his first victim at the age of 14.2

Kuklinski started his real crime career by selling pornographic movies to different mafias. Once affiliated with the mafia at the age of 16, he became a hit man for the Gambino family. He grew to be 6’5 and 300 pounds, and as he grew older, his lust for blood grew greater. He was a “pool shark” for the mafia, which meant that he went around collecting money from those who owed debts and killing those that needed to be killed. However, the one rule he made for himself was that he refused to kill women.3

Kuklinski’s favorite method of killing was cyanide poisoning, which involved him filling up little spray bottles with cyanide and spraying it into his victim’s face. Despite this preference for cyanide, he killed with many different things, including crossbows, ice picks, hang grenades, and an array of firearms. Over his lifetime, Kuklinski boasted completing over a hundred murders. His weapons got more creative with each kill that he was assigned. For Kuklinski, it was more than just murder — it was the thrill and the strategy to stay in the game of killing.4

Because of the abuse he received as a child and the hard lifestyle he led, hate brewed in him, where if someone rubbed him the wrong way, he’d want to kill that person. However, shortly after he left the mafia, he started killing more privately in 1983. As he got older, his crime rate slowed down. He started to kill for money rather than because an innate desire to kill.5

Kuklinski had the ability to kill people easily and without remorse, and so he used this skill to his advantage. Just as drug dealers work hard to make a great amount of money fast, Kuklinski reproduced that strategy by killing. Drug dealers do illegal acts which are considered high misdemeanors to third degree felonies. When they do get caught, many only get sent to jail for a couple of days, and they still get to keep the money they earned. However, the difference between Kuklinski and drug dealers is that he didn’t get caught. He had different strategies to help him escape the feds. For instance he froze his victims for long periods of time to mess up the “time of death,” giving him the name, “The Iceman.” In spite of all of his efforts, the feds ultimately caught him in the act in 1985.6

The state of New Jersey made a task force to catch Kuklinski, which they called “Operation Iceman.” A policeman with the name of Pat Kane investigated him with the help of one of Kuklinski’s long time friends. However, Kuklinski wasn’t as ignorant as he looked because he caught on to them. His friend had given him a new dose of cyanide to use for his next murder, but instead of using it rashly, he tried it on a dog. When he found that it wasn’t poisonous at all, he decided it was best to go home than to get caught with murder. Despite him not killing anyone that night, he was still arrested two hours later.7

Kuklinski was sentenced with two life sentences in 1988 for five accounts of murder. Although he had claimed to taking the lives of hundreds of people in an interview, none of these claims have been confirmed because of the tactics and precautions that Kuklinski took to evade the feds. Despite that, the idea of a man killing because he wanted to is just sickly to think about. However, with this lust for blood that he had, his claims might have well been true. Although Kuklinski was living “the American dream,” his exhilarating life had finally come to an end.8

I am a Criminal Justice Major, class of ‘23, I’m from San Antonio, Tx. I love volunteering and studying things that I find interesting. I’m still trying to find my full faith here at St Mary’s, and I’m convinced I will.
Author Portfolio Page