The Case of The Silent Sisters vs. The World (Or Each Other?) 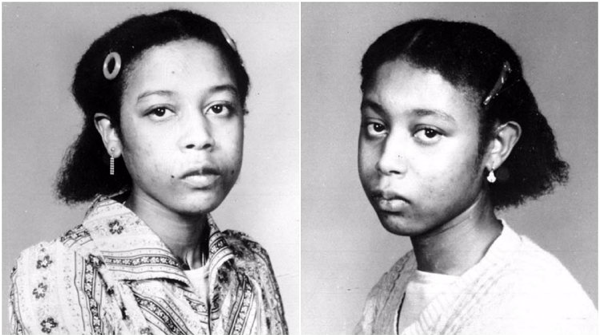 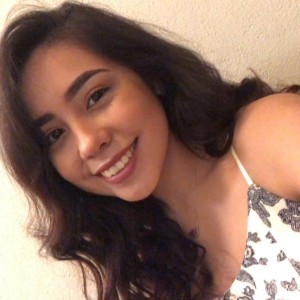 Have you ever thought of murdering your sibling after an argument? Or does that seem a bit too extreme? Perhaps too understandable? Sisters! There is no greater bond like that of sisters, and even more so if they are twin sisters. Twins are fascinating, and the Gibbons twins, Jennifer and June, were no exception. The Gibbons twins’ closeness and companionship was startling to say the least, but their gift of having each other eventually turned into a curse.

Jennifer and June Gibbons were born on April 11, 1963, in Barbados, to Gloria and Aubrey Gibbons, and they grew up in Havenfordwest, Wales.1 Like most twins, the girls shared a tight bond; but their bond was even stronger than most. They only spoke to each other, using the few words that they knew. This characteristic of their relationship is what gave them the label Silent Twins. In their small town, they were the only black children in their school, which consequently led to their being bullied because of their race. These experiences only intensified their avoidance of communicating with anyone outside of their unique duo, which, according to the New Yorker journalist Hilton Als, “led to their emotional exile, their institutionalization, and…to the misguided appropriation of their story by activists and theorists who used it to pose questions about the nature of identity and the strange birthright that twins are forced to bear.”2

Soon after suffering from the bullying, the twins cut themselves off from others even further. They only spoke to each other in a unique language only they understood, and they began to refuse to do any school work or show any signs of productivity. The family then chose to move to Wales, and when the girls were enrolled in a school near the Haverfordwest community, which was known for intense racism, the bullying grew severe.3 From taunting them to pulling their hair, their schoolmates terrorized the girls constantly. Consequently, the sisters’ behavior grew to be even more odd, from synchronized walking to mirroring one another’s actions, as if they were the same person.4 Thereafter, a school nurse became intrigued with the sisters. School physician John Reed came to vaccinate the students, and upon giving June and Jennifer their shots, he noted that the girls did not even flinch. They just stood there lifeless. The nurse then reported this to the school. The school had been familiar with the strange behavior the girls were constantly exhibiting. Therefore, the sisters were sent to Haverfordwest Withybush Hospital in February 1977 for examination.5 Upon arriving at the hospital, the girls continued to not speak to anyone but to each other. The girls were then transferred to East Gate Special Education Center, which served as a boarding school. While at the center, Jennifer and June continued to isolate themselves. Consequently, they were separated in hopes of having the girls become independent from each other. Jennifer remained at East Gate, while June was sent thirty miles away to St. David’s Adolescent Unit. This had disastrous effects on the girls to the point of them becoming catatonic, where they would not eat or sleep until they were reunited.

When the girls turned sixteen, they were sent back home, where they spent several years refraining from interacting with anyone other than eachother. They used writing as a form of entertainment and found great passion in it. Eventually, the girls would enroll in a writing program as one person, hoping to become famous novelists. Their novels were never recognized, which fairly disappointed the girls. Upon turning eighteen, the sisters finally left their rooms and began a downward spiral from doing drugs to committing crimes and abusing one another. They were arrested after breaking a window and lighting a fire at a community college. Consequently, they were sent to Puckle Church Remand Center, where they stayed for seven months. While there, the girls wrote diaries about how much they hated each other and were scared of each other. In their diaries, they wrote about how lonely they were, but once reunited, they reverted to hating each other once again. They were diagnosed with psychopathic personality disorder, and were sent to Broadmoor Mental Hospital, where they were seen as very disturbed and violent. Eventually, after eleven years at Broadmoor, they were transferred to Caswell Clinic, another mental hospital.

At that time, the journalist Marjorie Wallace had become interested in the girls and began studying them. Jennifer had admitted to Wallace that she had to die in order for June to survive and thrive. The girls mentioned to Wallace that the day of their transfer would be the day Jennifer would have to die.6 They believed that they could not both function properly at the same time, while both of them were still living. This was the underlying cause for their strange behavior. In March 1993, at thirty-one years old, the girls were transferred to Caswell, but upon arrival, Jennifer was unresponsive. Jennifer was rushed to the hospital where she was pronounced dead, with the cause of death being a sudden inflammation of the heart. Jennifer died on the exact day the sisters had predicted, from bizarrely natural causes. June stated that when Jennifer was dying, her last words were “At last we’re out.”7

After Jennifer’s death, June left Caswell a year later and her life completely changed. She began speaking more and improving her social skills. It was as if their belief that only one could thrive was proven to be true. June then requested to be called by her middle name, Alison, to help with the reinvention of her whole identity. It would take June five years to accept Jennifer’s death, refrain from feeling guilty, and fully move on with her life, according to Marjorie Wallace.8