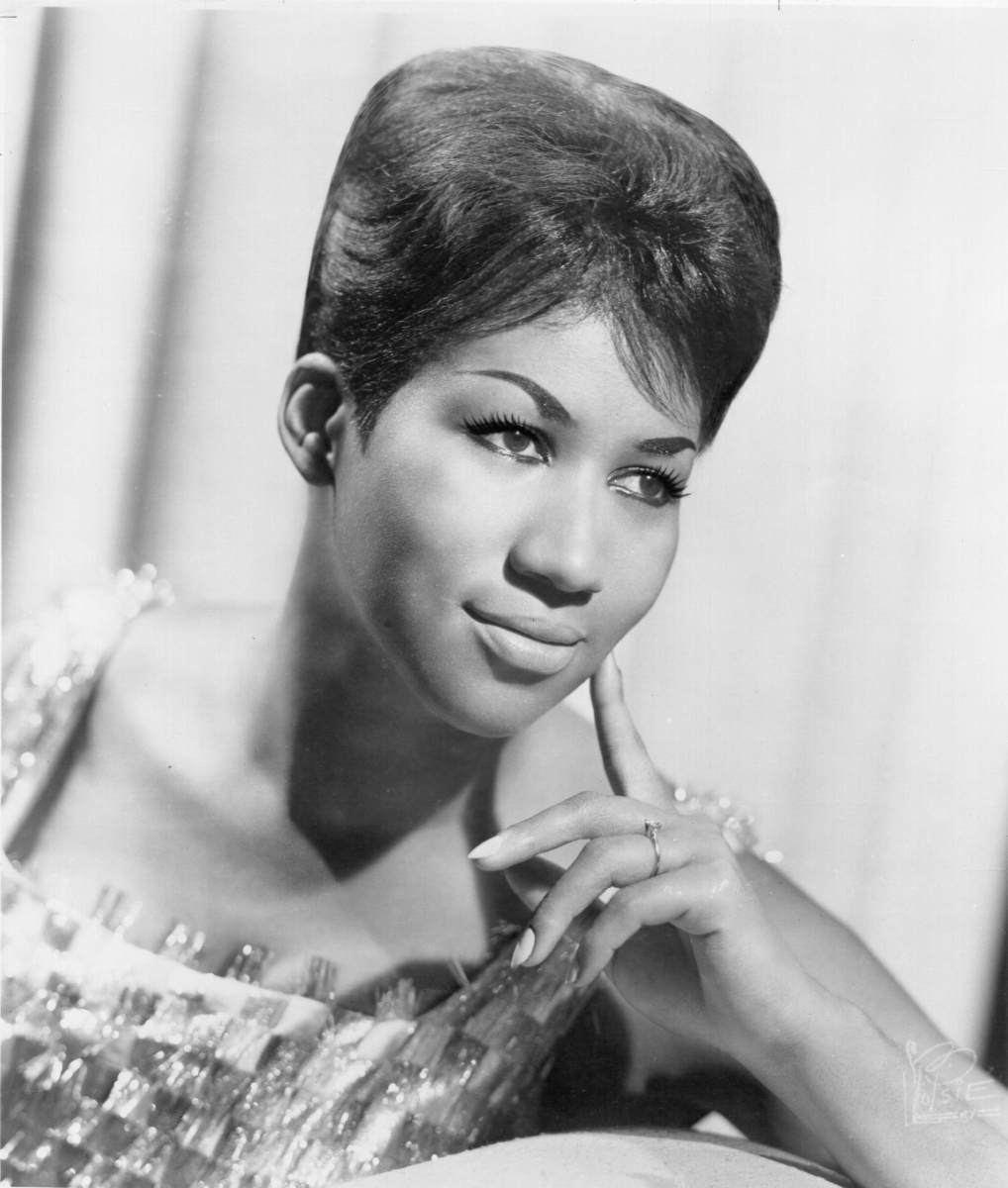 She possessed one of the strongest and most memorable voices in the history of music.  She captivated her audiences, then and now. Her amazing talent and ability earned her the title: “Queen of Soul”.  She was a monumental figure in the music industry and a tremendous artist in gospel, soul, jazz, and beyond. She also helped to define the Civil Rights movement through her sustained activism. She was, of course, Aretha Franklin. From her early years to her very last days, Aretha Franklin lived a very public life of performance that gave her fame, and also brought some struggles with it.1 Nevertheless, Aretha carved out a place in history for herself beyond her music and energy, and beyond the millions of people she entertained and inspired, she fought for RESPECT and equal rights!

The “Queen of Soul” was born on March 25, 1942, in Memphis, Tennessee, and from the very beginning , she was thrust into a world of music.  Her father was the renowned Reverend C. L. Franklin, a Baptist minister known across the nation at the time. Her mother, Barbara Franklin, was a talented and well-known gospel singer and pianist.2  Reverend Franklin was heavily involved in the Civil Rights movement and was a close acquaintance of Dr. Martin Luther King Jr. In fact, it was at Reverend Franklin’s church, New Bethel Baptist, where Dr. King Jr. gave his famous “I Have A Dream” speech at for the first time during the movement.3 Steeped in an environment of spirituality and soul music, the gifted Aretha Franklin became a musician and singer who commanded respect from very young age.  So much so that music is what we all know about her. She devoted her life to creating, writing, and performing which became an escape for her in troubled times.  Despite a father, famous for his sermons, a mother who was a brilliant musician, and her own incredible musical gift, life was not always easy for the Franklin family.

While only six years of age, Aretha Franklin’s mother and father separated. Her mother moved away from the family.  Four years later, her mother passed away.  This trying episode in her life has been said to have been one of many potential sources for the passion she displays while singing and engaging with her music.4  Aretha persevered and moved through this tragic time by launching herself into a gospel career.  She traveled the nation with her father and his gospel choir. She immersed herself in the music that became the foundation for the sound that launched her career and defined her legacy.  Ms. Franklin became more widely known with each performance she gave in her father’s gospel choir, which prompted her to make a change at the age of 18 to sing music that could appeal to a broader audience. At eighteen years old, she asked her father for his permission to cease singing in the gospel choir and ventured out into the world to launch a career in music that drifted away from religious music.5

So she moved to New York City and signed a contract with Columbia Records.6  During her time with Columbia Records, she produced much of the early work that garnered her praise from many and respect from all.  She released the album “Aretha: With the Ray Bryant Combo” which included songs that would place her on the Billboard Hot 100 and the Top 40 charts.  It was also during this time that she was first referred to as the “Queen of Soul”. Once her contract with Columbia Records expired, she moved on to Atlantic Records. She had begun to experiment with different genres of music including jazz and blues while with Columbia Records, but following her move to Atlantic, she returned to her soul roots and struck fame by incorporating elements of pop music into her work as well.7 It was with Atlantic Records that she forged her legacy and made sure that she would be remembered for all times, as one of the most influential singers in history.  So in 1967, she taught the world about respect.

Writer Anna North says of the hit song, that it was “emblematic of both” the feminist and the civil rights movement. 8  Released in 1967, “Respect” was Ms. Franklin’s take on a popular Otis Redding song, of the same name, created in 1965.  Initially, the song was sung from the point of view of a man demanding respect from his wife as he is the one who works all day and makes money for their living. It was a song that did nothing for feminism or equal rights, it was in fact a song that championed the idea of the man as the head of the household.  Since men were primarily the ones who worked for wages, it was a woman’s job to show him respect on his return home.  Despite Ms. Franklin’s version being released only three years after Otis Redding’s version, times had changed. More and more people were waking up to see the need for equality. Equality between races and equality between genders were no longer just a dream. It was a right.  She may have only covered the song, but she included certain additions to it that transformed it into the hit that we know today.  She included the spelling out of the word R.E.S.P.E.C.T., as well as adding back-up singers.9  Aretha Franklin wrote in her autobiography “It was the need of a nation, the need of the average man and woman in the street, the businessman, the mother, the fireman, the teacher — everyone wanted respect. It was also one of the battle cries of the civil rights movement.”  The song’s ramifications are felt today, and its popularity has not waned in the slightest. She taught us that we all deserved R.E.S.P.E.C.T!

It was no surprise that Aretha’s song  “Respect” carried so much meaning relevant to the fight for equal rights and became its emblem.  She had grown up during the 1960’s civil rights movement. Her father was close to Dr. King Jr. and when she was old enough, she began to support the movement in any way she could. Dr. King Jr. gave many of his famous speeches at her father’s church and held many rallies with Mr. Franklin. Aretha knew of the importance of the movement and she was not satisfied only to be a part of it, she took on a leadership role in it. She quickly became one of the greatest fundraisers within the movement and donated heavily to multiple organizations that supported Dr. King Jr.’s efforts in peacefully battling racism and segregation.10  She traveled the country with actors Henry Belafonte and Sidney Poitier using their celebrity status to build additional support and momentum for civil rights and equality.

Inch by inch, the movement gained ground in its effort to stem the tide of institutional racism that for so long had gripped the nation.  It was a movement championed by men and women that would go on to be remembered as some of the bravest individuals in American history, and among its ranks was Aretha Franklin. Their actions paved the way to the passage of the Civil Rights Act which gave minorities the protection of the fourteenth and fifteenth amendments in the Constitution.  July 2, 1964, became the first time since the inception of the nation that African-Americans had the legal right to vote and the enforceable right of equal protection under the law.11  The monumental passage of this act did not occur overnight. Blood was shed, lives were sacrificed, compromises were made. A part of this pivotal moment in our history was Aretha Franklin and her voice. She sang about respect, she used her passion and her soul to inspire entire audiences with her singing, and then she applied that passion and that drive into attaining equal rights. In August, the “Queen of Soul” still fighting for equality, passed away at the age of 76.

Aretha Franklin lived a life of fame and fortune and lived a life filled with struggles and heartbreak. Her mother was gone while she was still a little girl, her father was slain a couple of decades later in a home invasion in 1979.12  She raised four children, the first of which she had at the age of fifteen. Despite facing such turbulent times and surviving numerous setbacks, she channeled her pain from her personal struggles to overcoming the hardships and oppression fighting for equal rights. As she declared, the nation was crying out for a message they could rally around. The movement was clamoring for something to inspire them further, and Ms. Franklin gave it to them. She sang about respect and then showed us how to practice it by campaigning for the Civil Rights Movement.  The “Queen of Soul” reached a level of attainment that surpassed what most realized, and could be seen at her Homegoing Service that united thousands and was attended by giants of the music industry like Clive Davis, Civil Rights Leaders like Reverend Jesse Jackson, and many elected officials, including former President Bill Clinton.  Her message continues to ring forth from generation to generation, keeping her memory alive and inspiring millions. Aretha earned our R.E.S.P.E.C.T. and admiration because of how she used the gift of her powerful voice to fight for those who had no voice.