Tesla and the War of the Currents 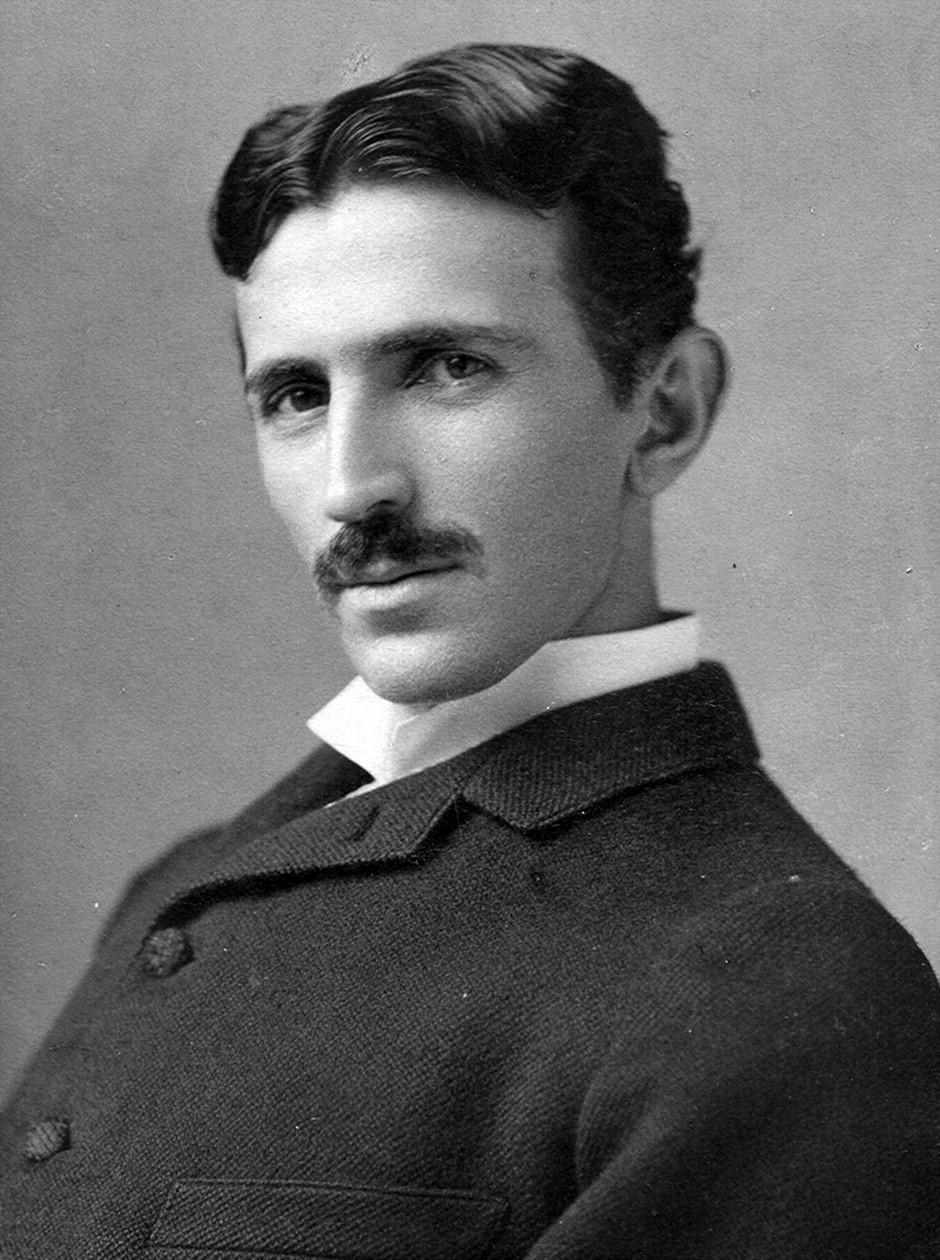 The flash of a lightning bolt is one of nature’s most powerful phenomena.  It also is a great metaphor for the mind of Nikola Tesla, the brilliant electrical engineer, inventor, and futurist.  His work to improve generator designs and create better components for electrical systems culminated in a battle with one of America’s greatest inventors, Thomas Edison.  Tesla challenged Edison in a conflict now remembered as the War of the Currents.  Today, AC power is the standard for our electric grid; it is cheap, relatively safe, and can be used for everything from heating our homes to making ice.  However, there was a time when the general belief was that AC power was neither safe nor practical.  Some people thought DC power would be better for homes.  In the War of the Currents, the supporters of these two competing concepts clashed.

The war started when two groups with two incomparable electrical systems began competing for municipal contracts to set up power grids to deliver electricity to homes.  Edison directed his company to create a power system that utilized DC power.  The Edison used his marketing experience to push for this system to become the standard for homes and businesses.  His main competitor was financier George Westinghouse.  He employed Tesla and put his ideas into practical use allowing millions of American homes to be wired for AC current.  There could only be one winner.  America was going to be powered by either DC current or AC current, and there was a lot at stake.  It was not just a battle about electricity, but it was also about the future of America and the advances in technology that would build the 21st-century world.1

Nikola Tesla was born to Serbian parents on the night of July 10, 1856 in what is now Croatia.  According to legend, he was born during a powerful thunderstorm, a fortuitous omen as electricity defines the work of Tesla’s life.2  Tesla, a math prodigy, displayed his talents at an early age.  With his eidetic memory, Tesla could visualize objects in his mind with great detail.  He could construct models without having to draw them out.3  These two abilities served him well throughout his life.  Initially, his father wanted him to become a priest but, he relented when the young Tesla fell ill and was possibly on his deathbed.  The elder Tesla promised to allow his son to study math and engineering in school; whether it had an effect or not, the young boy quickly recovered soon after.  After completing his schooling, Tesla went on to pursue a job with a company on the leading edge of electric power.

Tesla joined Edison’s world when he took a job at the Continental Edison Company in Paris.  Already displaying an aptitude for electrical engineering, Tesla’s talents were quickly recognized by his superiors, and he immigrated to the United States to take a job in the Edison Machine Works in New York City.4  Working for Edison’s company was a great opportunity for Tesla.  At the time, Edison’s electric company was wiring cities for electric power to light the streets at night.  Tesla’s began by working to improve the DC generators that supplied power to the system; later his supervisors tasked him with improving the arc lighting system they were installing.  The arc lights were powered by AC current but could only be used outdoors for safety reasons.  Tesla completed the work asked of him by manager Charles Batchelor, but Batchelor refused to pay Tesla promised bonuses for accomplishing the work.  This resulted in Tesla’s departure from the Edison Machine Works, but he did not leave empty handed.5

Tesla’s experience at the Edison Machine Works was just the beginning of his troubles.  His work at the company included designing a better arc lighting system, which the company declined to file a patent on.  After he left, Tesla was able to claim the patent rights and put the system into production himself.  This was a fortunate break for Tesla as he would be able to use the patents to attract investors. This lead to the formation of the Tesla Electric Light & Manufacturing Company. However, this venture did not go as well as Tesla had hoped.  Tesla signed over his patent rights in exchange for stock in the company, a seemingly good deal at the time.  Powered by his new technology, the company should have taken off, but this was not the case.  Investors backed away from the dangerous arc lights and no one was interested in the AC motors Tesla had developed.  The company folded and Tesla had nothing to show for it.  He was left digging ditches for two dollars a day.  Tesla was at the lowest point in his life.6

This set back was only temporary, better days were on the horizon for Tesla.  Salvation arrived when he was contacted by investors looking to profit from newly patented technologies.  The first two men that helped Tesla get back on the right track were Alfred Brown and Charles Peck.  They had experience taking people’s inventions and setting up companies to profit from them.  They worked with Tesla and gave him a chance to develop and perfect his AC motors.  Tesla’s work captured the attention of George Westinghouse who was working on an AC power system that was competing with Edison’s DC system.  Westinghouse looked at Edison’s DC system and quickly realized it had a flaw.  Even though Edison’s system was safer because of the low voltage, the process of transmitting the power over long distances was not practical.  The DC system worked well in crowded urban centers like New York or Philadelphia, but bringing power to rural communities would present a challenge with Edison’s system.  Westinghouse capitalized on this shortcoming by promoting an AC power system to bring electricity to smaller communities further away from the power plants producing the electricity.  Edison was not going to back down in the face of this new competition. The War of the Currents had begun.7

The battle for which electric system would power America would last just a few short years.  However, the influence it exerted changed the future of technology in America.  In 1888, an electric line worker in New York City died while doing a repair on the AC lines that were powering the arc light system in the city. Edison jumped on this opportunity.  He fanned the anti-AC furor that grew out of the worker’s death.  Edison even secretly hired a man named Harold P. Brown to travel to cities and put on public demonstrations where animals were killed by electrocuting them with AC current to show the public how dangerous it was.  The most memorable contribution to come from Edison during this campaign was the invention of a new method of execution for condemned prisoners, the electric chair.  Edison was personally against the death penalty, however this did not stop him from secretly financing the development of  the electric chair.  Edison hoped that using AC generators would further influence public opinion against AC current.  The first executions did not go well resulting in a lack of the negative publicity that Edison desired.8

The War of the Currents would end by 1893.  In the closing years of the nineteenth century, plans were being made for a huge celebration of the past and a glorious look at the future.   The city of Chicago wanted to use electricity to illuminate the World’s Fair it was hosting.  The World’s Columbian Exhibition was to be a celebration of the 400th anniversary of Christopher Columbus’ landing in North America.  However, in the tradition of World’s Fairs the exhibition also displayed new technologies that were going to be introduced to the public in the near future. One of the new technologies to be showcased at the Fair was electric lighting.  Westinghouse won the contract to rig the lighting for the fair, his bid being substantially lower than Edison’s bid.  The DC power system was just too costly to implement, even for something as small as a fair.  The publicity for AC power would be huge.  For once, the public could see the wonders of the AC system that Tesla helped to develop.  Even though Edison’s DC system was safer, it could not compete with the cost-effectiveness of the AC system , especially in rural communities where the power had to be transmitted over longer distances.  Once Westinghouse started winning numerous bids because of the lower cost involved in producing and transporting AC power Edison could no longer compete, and Westinghouse and the AC system would become the power of the future for the world.  Tesla’s final victory would come when Edison was forced to merge with a different competitor and formed the General Electric Company.9

War of the Currents

I am a high school history teacher and an aspiring public historian. I strive to bring new voices to tell the stories of the past as I challenge my student to analyze and think critically about the events of the past.