The Assassination of the Mulatto Prince 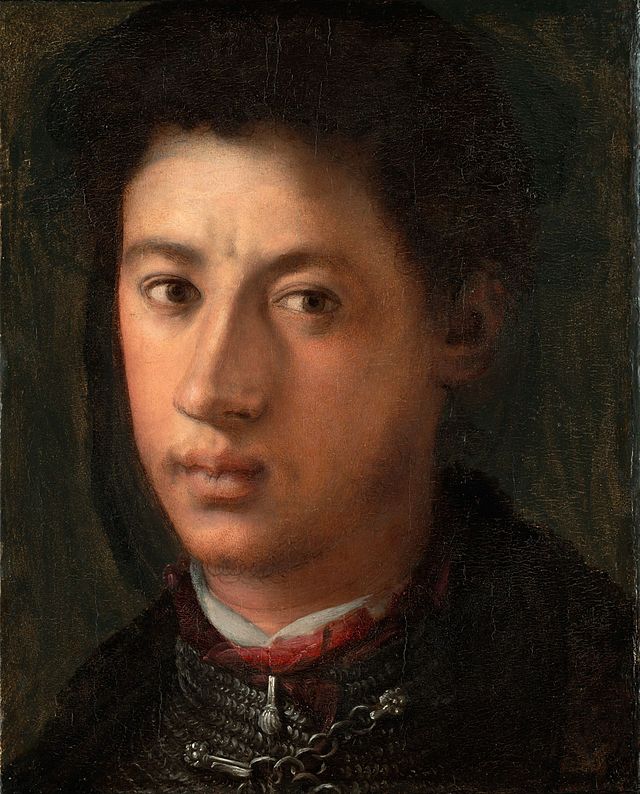 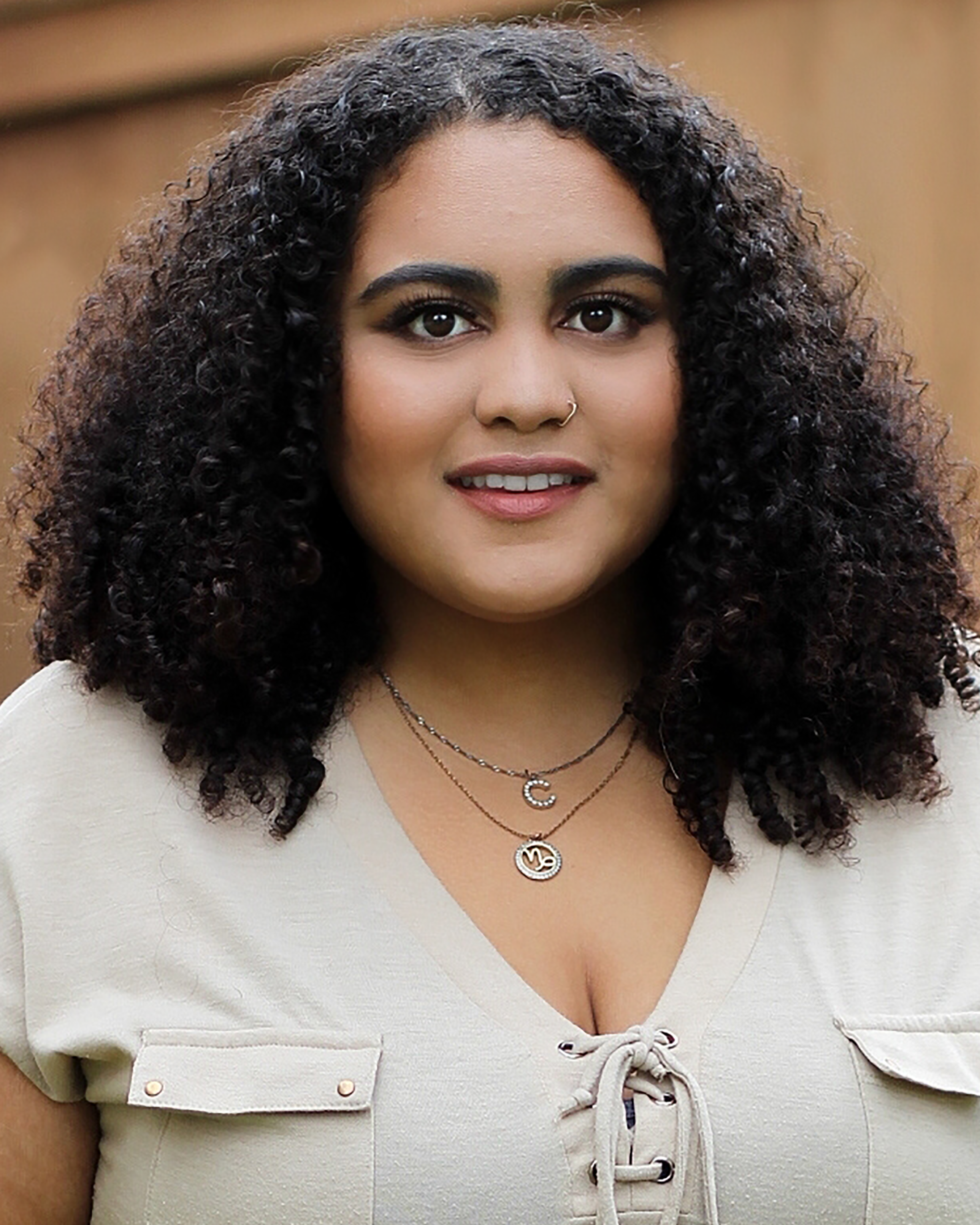 On the evening of January 6, 1537, the Duke of Florence, Alessandro de’ Medici, excused his escorts and walked into his cousin’s bed-chamber alone and unarmed. Earlier that evening Alessandro’s cousin, Lorenzino di Pier Francesco de’ Medici, had promised Alessandro the favors of Lorenzino’s aunt, Catherina de’ Ginori, both men having made a plan for Alessandro to get his audience with her. As Alessandro waited for his night to begin, Lorenzino had a separate plan that he sprang into action.1

Alessandro completely trusted and admired his cousin, but that trust led to his eradication from history. As Alessandro walked into his cousin’s chamber, he plopped himself down on the bed and soon began to doze off. Lorenzino carefully crept into the room, walking toward his cousin. Taking Alessandro’s sword, Lorenzino wound his cousin’s belt around the sword’s hilt so that Alessandro would not be able to withdraw it easily. Lorenzino then crept out of his chamber and softly closed the door. That night, Lorenzino met with his accomplice, Piero di’ Gioannabbate. Lorenzino had filled Piero’s ears with grievances about an unnamed courtier who was a favorite of the Duke’s. This so-called courtier had cheated Lorenzino and interfered with his business. Piero, who owed Lorenzino favors, promised to deal with the nuisance courtier even if he is favored by the Duke. Lorenzino then told Piero that he had trapped the courtier in his chambers and that he was asleep on his bed. As both men entered the room, Lorenzino called out to the Duke, asking if he was awake. With no response, Lorenzino leaped onto the bed and plunged his sword into Alessandro’s stomach. Alessandro woke from his sleep startled. In a leap, the Duke tried to reach the chamber door. Piero quickly grabbed a nearby stool and forced Alessandro back onto the bed, slashing the Duke’s left temple down to his cheek. Lorenzino used all his weight in keeping his cousin down on the bed, covering the Duke’s mouth so that he could not scream. Alessandro then bit into Lorenzino’s thumb so hard that it caused Lorenzino to fall back onto the bed beside him, leaving both men to grapple with each other. Piero, seizing his chance, drew his sword fearfully and plunged it deep into Alessandro’s throat. As Alessandro lay there before the dead, both men quickly covered their crime by hiding the Duke’s body behind the canopy of the bed and then fled the room.2

Alessandro de’ Medici, born in 1512, was the son of Lorenzo de’ Medici and a slave who worked as a servant to the family by the name of Anna. His father during this time was the prominent Duke of Urbino, a small center near the Adriatic coast. Lorenzo was most famous, however, for inspiring Niccolò Machiavelli’s writing of The Prince. At the time of Alessandro’s birth, the Medici family had been exiled from Florence, a French army had marched its way into Italy, seizing power, and Lorenzo’s father, Piero de’ Medici, had been forced into exile. At the age of seven, Alessandro’s father died of syphilis, leaving behind the question of who would become the next Duke? Lorenzo had one daughter with his wife, Madeleine de la Tour d’ Auvergne, an heiress with a distant relation to the French royal family. Their daughter Catherine de’ Medici was only a baby when Lorenzo died, leaving the decision between two illegitimate heirs, Alessandro and his cousin Ippolito, the illegitimate son of a noblewoman. In 1512, the Medici family fought their way back into Florence, led by brothers Cardinal Giovanni de’ Medici and Duke Guliano. With the help of Spanish troops, they attacked the cities outside of Florence causing Florence to panic and accede to their terms. The following year, Cardinal Giovanni was elected pope Leo X. Growing up, Alessandro won over the Medici family, despite the conditions of his birth. He was simply seen as a member of the Medici family, regardless of the color of his skin. His cousin Ippolito, however, had a falling out with the Pope over money. Ippolito had a very lavish lifestyle and would not easily give that up. With his disagreement with current pope at the time, Pope Clement VII, Ippolito ran off to Florence where he hoped to prove himself as a worthy adversary by seizing the city and making himself appear the better successor than his cousin Alessandro. The Cardinals made a quick turn around and decided finally, after years of debating who would take up the title, that Alessandro would become the Duke of Florence to restore the name of the Medici family. In July 1531, Alessandro was officially given the title Duke of Florence.3

During Alessandro’s time as Duke of Florence, his government was met with some resentment and rebellion. The people of Florence disliked many of Alessandro’s governing policies, and more, they disliked his character. He was said to have been a womanizer. Duke Alessandro and those closest to him knew that he had a weakness for women. Alessandro wanted any woman he could have, even if he had to go to great lengths to seduce her. This weakness would later lead to his downfall. There was a charged atmosphere in Florence during Alessandro’s reign.4 Alessandro trusted many people, and one of those he trusted the most, whom he said he greatly “loved,” was his cousin Lorenzino di’ Piero Francesco Medici.5 Lorenzino was the scion of the cadet line of the dominant Cafaggiolo branch of the Medici family. He grew up enjoying wealth and power. But his father had lost all of his inheritance before dying. Lorenzino grew up forced to look at the rewards enjoyed by his distant cousins Ippolito and Alessandro. Despite his early lack of fortune, Lorenzino grew close with many of those in the Medici family with power, especially Alessandro.6 After he was kicked out of Rome, he returned to Florence. When he returned to his cousin, it was said that both men were always stuck together. Lorenzino had appeared to influence many of Alessandro’s political decisions and Alessandro never decided important matters without Lorenzino.7 To the outside world, all was well in the relationship between the two cousins. The reason that Lorenzini assassinated his cousin is still debated. After the murder and his exile for three years, Lorenzino wrote a letter called the “Apologia” explaining his reasoning behind killing his cousin. He states that his reasoning was to restore Florence to Republican liberty. Many Florentines had been unhappy with the current government under Alessandro’s reign when Lorenzino killed his cousin, and he was met with praise from many in Florence for getting rid of the Duke in a tyrannicide. Many historians question whether that was his real motivation to kill Alessandro, because of his relationship with his cousin and the nature of his “Apologia.” His letter to Florence defends himself instead of his justifying the killing of his cousin. Whether he murdered out of personal reasons such as revenge or jealousy or out of civic duty is a secret that died along with Lorenzino.8

After killing his cousin, Lorenzino and his accomplice Piero di’ Gioannabbate, quickly fled Florence for Bologna. Word quickly spread about the Duke’s assassination and his unknown murders. They both went separate ways after a few years, and then never heard from each other again. For the next eleven years, Lorenzino lived in exile from the city of Florence with the sympathy and appreciation of the people of Florence for killing their “oppressor.” After his “Apologia” was sent to Florence, many compared the acts of Lorenzino to another historic figure in their history. Marcus Junius Brutus is the famed assassin of Julius Caesar. The fact that both men killed someone who was personally close to them and whose victims trusted them without a thought excited the people of Florence. The citizens of Florence commemorated Lorenzino’s actions by saying “he is our Brutus,” and they made medals showing the Medici wearing the Roman style of robes, with an imprinted inscription, “VIII idus Ianuarii,” corresponding to the date January sixth in the Roman calendar.

However, one reaps what one sows. Since the death of Duke Alessandro, many have wanted to avenge the fallen duke, no one more than the Duke’s successor, Cosimo I de’ Medici. It was never confirmed, though highly suspected, that Cosimo hired two men to kill his predecessor’s assassin. Cosimo and his men had played off as being passive toward Alessandro’s killer, while privately they potted to avenge the Duke. Cosimo hired through channels two assassins by the names of Bebo and Cecchino. Both men arrived in Venice, at the current residence of Lorenzino, in December 1547. They took up lodgings near the residence of Lorenzino and began watching his moves over the next two months. Finally, on February 26, 1548, Bebo and Cecchino awaited their unsuspecting victim outside the exit of the church San Polo. Once Lorenzino walked out of the church, both men attacked Lorenzino and his uncle Alessandro Soderini. They walked both men a short distance to San Tommaso near the ascent of a bridge. Lorenzino and his uncle were armed and quickly reacted to the two assailants. Lorenzino was instantly rendered powerless by a strike to the head and was finished off by multiple stabbings by both assailants. While Lorenzino lay dying, both men let Lorenzino’s uncle go because Lorenzino’s uncle had nothing to do with Alessandro’s murder. The uncle then fled to get help for his nephew. Lorenzino’s mother, Maria Soderini, was the first to arrive at the scene an hour after the attack, heartbroken and in agony.9

For many centuries it was unknown who ordered Lorenzino’s assassination until evidence came to light of the letters written by Cosimo discussing the plot to murder Lorenzino. These letters had been sent by Cosimo to many prominent figures and the assailants themselves, thanking and congratulating them on killing the man who killed Alessandro.10 Alessandro de’ Medici was the first and last black prince of the Medici family to be given the opportunity and power to lead an important Italian society. His life and accomplishments were quickly covered up by those who placed him in power and he was largely forgotten in Italian history.