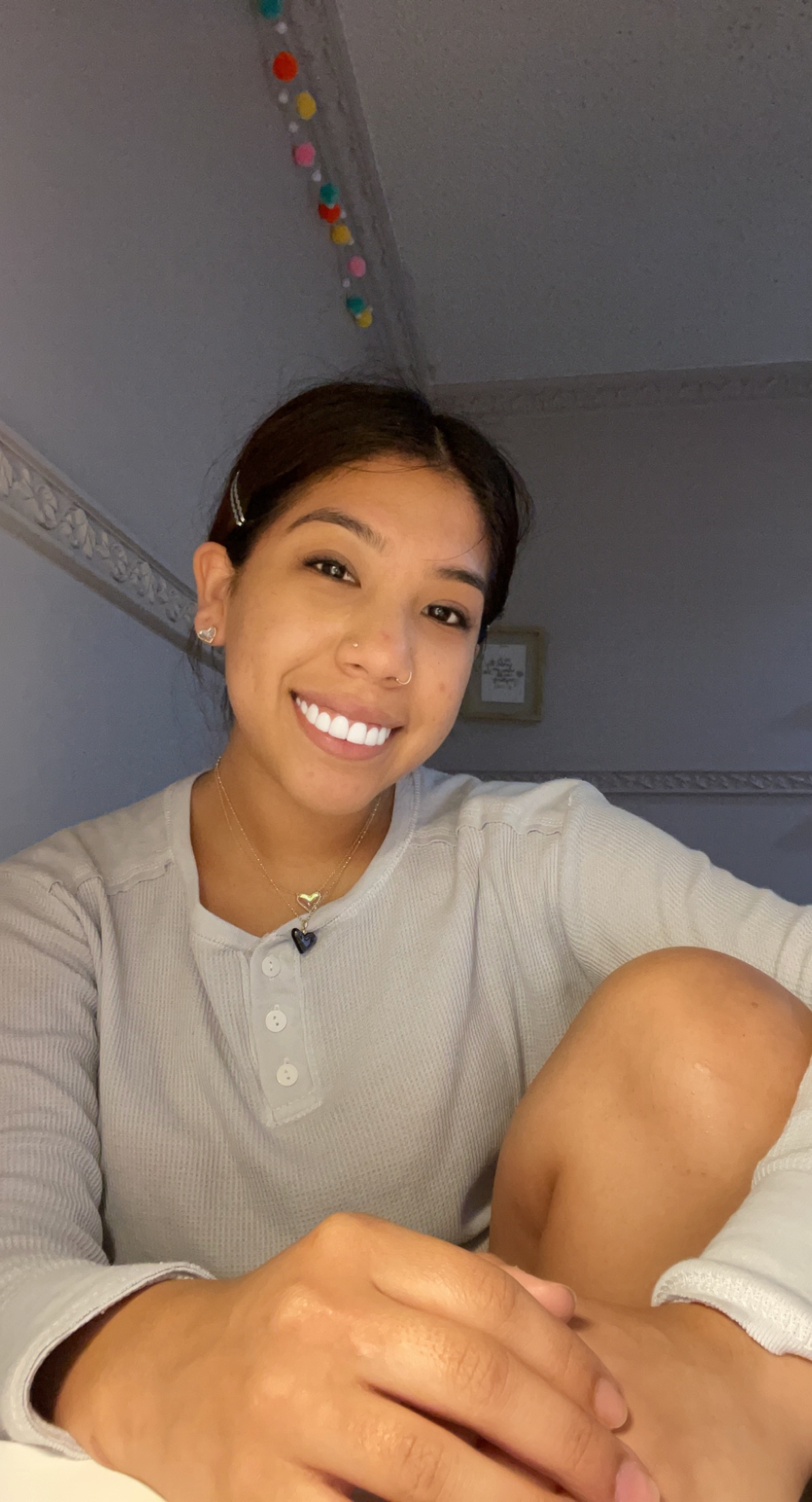 Have you ever imagined what the world would look like without the invention of anesthesia? Consider what life looked like when it was not available: Doctors were forced to cause patients tremendous suffering with each surgery, sometimes even going so far as to scar them for life. People would scarcely visit the doctor out of fear, knowing full well that undergoing surgery would cause them almost unbearable pain. Therefore, many individuals would never visit the doctor unless presented with no other option. It wasn’t until the 1840’s that techniques were developed to help desensitize patients, allowing them to undergo surgery relatively pain-free. No technique, however, would even come close to the groundbreaking effects of anesthesia.1

The world was changed forever when four American doctors began experimenting with chemicals that could numb the human body. “By the mid-nineteenth century, the gaseous chemicals that eventually emerged as general anesthetics were already well known to scientists and laypeople alike.”2 These four men took that to their advantage and started to experiment with these compounds in their surgeries. The compounds referred to are ether: an anesthetic to kill pain, and nitrous oxide, which is a colorless, sweet-smelling gas used as an anesthetic.3 They may have been able to create a great product, but unfortunately for them, rivalries erupted between all of them because they all wanted to claim credit for the development of what would eventually be known as anesthesia.

But without these four brilliant men, we simply cannot understand the use of anesthesia. Crawford Williamson Long, a general practitioner born in Georgia, was the first physician to use ether as an anesthetic in a surgical procedure.4 Long started to put ether to use and, in 1842, he tested it on a friend as he removed a tumor from his neck. From then on, he began to use the drug more liberally, applying it to women undergoing childbirth. After an immense string of successes, Long began to use ether whenever possible. Oddly enough, however, Long would never attempt to publicize his great discovery. In fact, he never kept track of his records and never even attempted to report the drug out to the medical community. It wasn’t until 1848 that he decided to push his medical findings to the public, but by then it was too late to claim any credit for the drug, as other doctors had already published their discoveries.

Horace Wells, a relatively well-known dentist, was the first practitioner to publicly endorse the use of nitrous oxide as an anesthetic and one of the first doctors to use it as an anesthetic.5 Nitrous oxide was already a fairly commonplace item. Indeed, it was discovered in the eighteenth century, but it was then only known as a laughing gas rather than an anesthetic. “On city streets, itinerant hucksters would sell brief inhalations of nitrous oxide to provide a thrill. Traveling shows moved from town to town, sensationalizing the inebriation that occurred when volunteers from the audience inhaled this gas.”6 Wells had always been interested in finding a way to reduce pain from the dental procedures that he preformed, so, in 1844, he attended one of these popular laughing gas “traveling shows.” At the party, he closely observed a man injure himself. The man’s knee was dripping blood, but he seemed to be oblivious to any form of pain. As it turns out, the man had previously inhaled a large amount of nitrous oxide, and Wells was quick to figure out that nitrous oxide could be so much more than laughing gas. After the party, Wells began using nitrous oxide on every single one of his patients. The reason was simple: he wanted the world to know just how much potential nitrous oxide held in the scientific community. In January of 1845, Wells was given the opportunity to demonstrate a tooth extraction surgery in front of many physicians, academics, and other individuals interested in observing the benefits of using nitrous oxide on a patient before a surgery. After a brief introduction, Wells nervously began his surgery and gave the patient the gas. As soon as he noted that the patient was unconscious, he proceeded with removing the tooth. All did not go as planned, however, as the patient eventually interrupted the surgery by waking up and anxiously yelling in pain. The audience was astonished, as was Wells, as he never fully recovered from this humiliation. The procedure was a catastrophe and Wells was humiliated in front of the entire scientific community. Although the patient later revealed that he did not actually feel any pain, Wells could not change the opinions fixed within the minds of his colleagues. After the tragedy, Wells became wholly obsessed with nitrous oxide and its uses. At the height of his mania, he was arrested for assaulting a woman in the streets of New York, and convicted of dousing her face in acid. He was then sentenced to jail where he fell into a deep depression. He would never leave the prison alive, and would eventually commit suicide inside of his cell.7

William Thomas Green Morton, another dentist with a great interest in pain and its causes, was the third man to contribute to the birth of anesthesia. During his time at Harvard University, his professor, one Charles T. Jackson, would constantly allow his students to observe his use of ether in chemistry. Morton saw the potential for the drug, and began wondering if it could be positively applied to living organisms. His professor listened to his ideas, and encouraged him to test them. Luckily for the world, that was just what Morton did.8 He became obsessed with the properties of ether, a vapor much more influential than nitrous oxide. He first tested it out on animals, and later applied it to himself. After proving to himself that it was safe to use, he decided to use it on a patient. Just like Wells, Morton was given the opportunity to demonstrate his discovery to a great number of individuals within the scientific community. In fact, Morton would ironically give the presentation in the same hospital that Wells was humiliated in. Morton’s demonstration would vary greatly from Wells’, however, as Morton intended to remove a neck tumor for the audience.9 After applying ether to the patient, Morton was able to remove the tumor and the individual did not do so much as move. At the end of the surgery, the patient admitted that he had not felt any pain at all. Ultimately, Morton’s experiment was declared a total success.

Charles T. Jackson, a Harvard professor and well-known physician also greatly contributed to the discovery of anesthesia. He was, after all, the very professor that helped Morton publicize the use of ether in painful surgeries. Without Jackson’s help, Morton could not have possibly known about the vapor’s potential use as an anesthetic.10 After the wild success of his public experiment, Morton became very popular within the community. His surgery was reported in newspapers around the globe and doctors quickly began trying to contact him because they were interested in the use of ether. Unfortunately for Professor Jackson, Morton became jealous of his discovery, and refused to publicize the formula for his now-popular sleep inducer, which he titled “letheon.” He was issued a patent for the drug in 1846 and insisted on personally issuing licenses for the use of his discovery. When the French Academy of Medicine awarded Jackson and Morton a joint prize of 5,000 francs, Morton turned it down on the grounds that it rightfully belonged to him alone. In 1849, he even went so far as to petition Congress for a reward over the discovery of anesthesia, and two bills advocating the payment of $100,000 to Morton were introduced at separate sessions. Morton would never receive his payment, however, as the lengthy debates that took place in the wake of the two bills left the issue “hopelessly deadlocked.”11 Eventually, Morton’s legal expenses got the best of him. Indeed, he spent a great amount of time and money on legal cases and expenses. Morton spent the rest of his life in dissent with other men who claimed to have discovered the use of ether before him. In his fame, he forgot about his scientific practice, which ultimately resulted in his poverty. He was too hung up on fighting with the three men that came before him to concentrate on the bigger picture. On July 15, 1868, an indebted Morton suffered a stroke in New York City and died before he could reach a hospital. Jackson was indifferent to Morton’s death, and would continue spending the rest of his life working hard in an attempt to convince others of his inventions. Jackson tried to convince medical societies within the United States that he was responsible for the initial administration of ether to provide anesthesia for surgery, but to no avail. In 1873, he was admitted to the McLean Hospital as certifiable where he spent the rest of his life there and later on died in 1880.12

Pain is a universal experience. One can only imagine how in the world people back in the 1800s could have tolerated the unbearable pain of surgery. Our comprehension of pain is certainly different than those who lived in the 1840’s. Regardless, the invention of anesthesia remains unattributable to any single individual. Long, Wells, Morton, and Jackson should all be remembered for their unique contributions to anesthesia as a whole. They may not have gotten the credit that they all hoped for, but they deserve it nonetheless. Tragically, they spent too much of their time worrying about their public image and the physicians around them that they forgot about themselves and their lives. Needless to say, they will always be remembered as the four men who helped advance the idea of medicine as a whole.

Lyzette Flores was born and raised in San Antonio, Tx. After her B.A, she would love to attend grad school to pursue a career with children to help guide them in the right direction. She loves spending time with her family, best friends, and collecting plants.
Author Portfolio Page